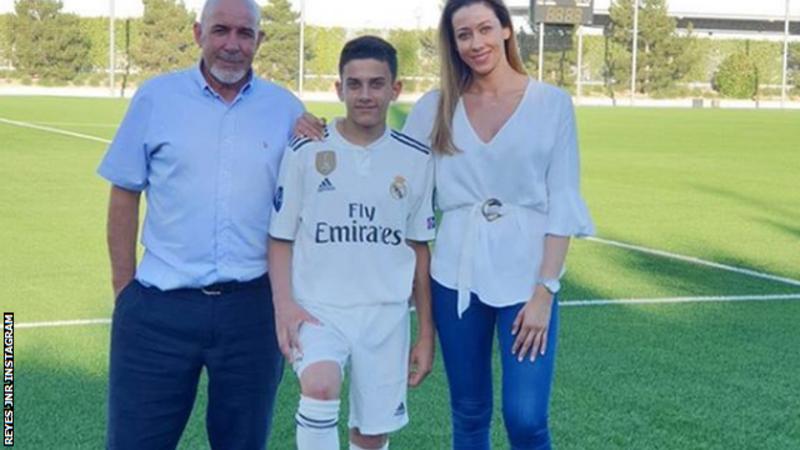 The son of late former Arsenal winger Jose Antonio Reyes has signed for Real Madrid at the age of 11.

Jose Reyes Lopez, who previously played for Spanish club Leganes, will join up with the academy of the club where his father played on loan in 2006-7.

The former Sevilla winger died in a car accident at the age of 35 last month.

Reyes Jnr’s move to Real Madrid was agreed prior to his father’s death and he announced the move on Instagram, sharing photos with his mother.

“I’m very happy and proud to start a new chapter at Real Madrid,” he wrote. “I want to thank all those people that have supported me and trusted me, especially my family.

“I will continue to enjoy myself, work and learn with humility.”

“Study, listen, fight and above all, never stop believing,” Fabregas commented on Instagram. “Humility as always before everything. Much love crack.”

According to Spanish newspaper Marca, Real Madrid president Florentino Perez had vowed to look after Reyes Jnr “until his 18th birthday”.

La Liga club Sevilla paid tribute to Reyes on Monday, as well as former international Antonio Puerta, who died after suffering a heart attack in their 4-1 win against Getafe in 2007. 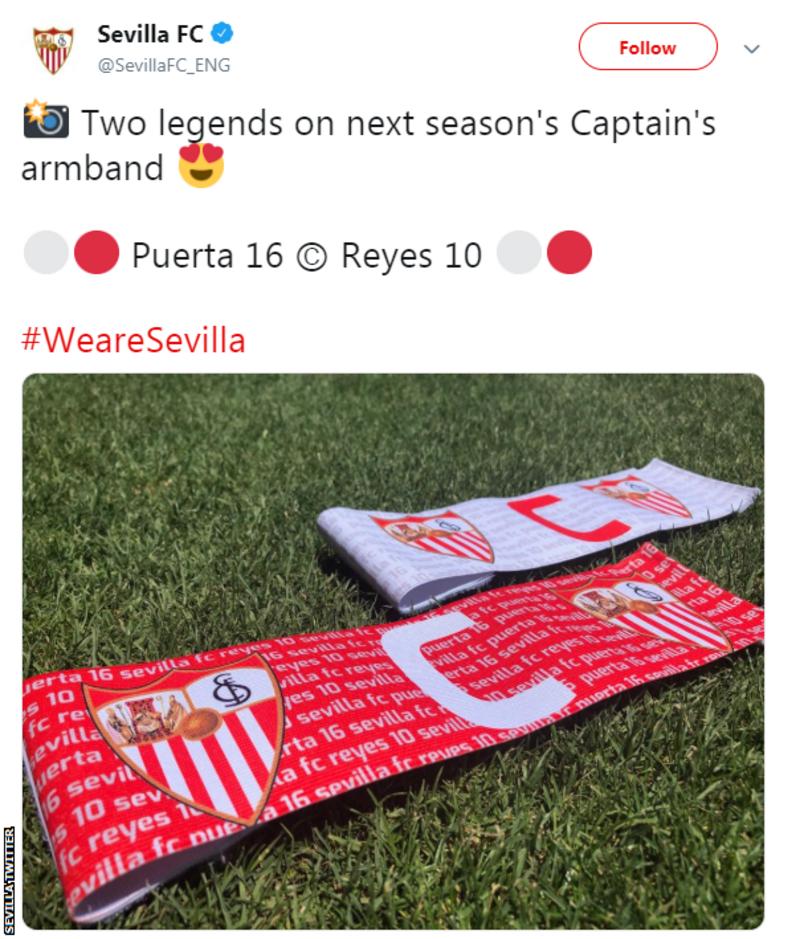