FOOTBALL fans could be allowed back in stadiums soon with the Government reportedly 'desperate' to get crowds back.

Ministers are said to be having 'detailed' discussions over letting supporters back into open-air arenas. 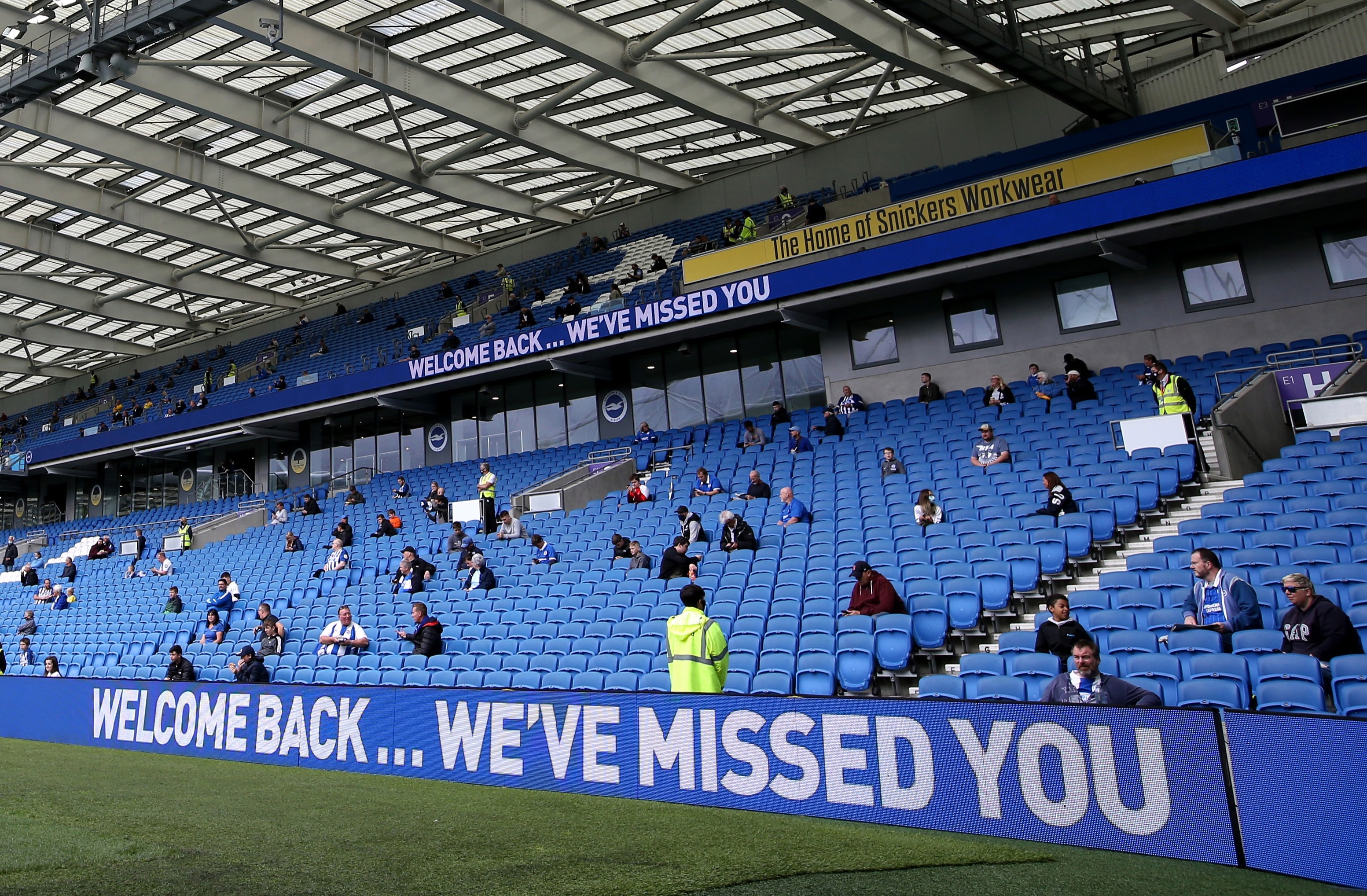 The main concern is said to be around getting people to and from events while avoiding increased infection risk on public transport, according to the Mail.

But giving people the 'morale boosting' option to go and watch live sport again is one ministers are said to be 'desperately' pursuing.

A source is quoted as saying: "That is an important element to consider."

PM Boris Johnson said yesterday: "My first message is 'thank you' for what you have done over the last very difficult eight months, my second is that there is hope on the horizon."

And a No 10 spokesman added: "Everyone's efforts during the current national restrictions have helped bring the virus back under control, slowed its spread and eased pressures on the NHS.

"But the Prime Minister and his scientific advisers are clear the virus is still present – and without regional restrictions it could quickly run out of control again before vaccines and mass testing have had an effect."

Brighton fans were allowed in to watch their team's friendly against Chelsea at the end of August.

But no other Premier League team has been allowed supporters in since that test event.

Only last week it emerged fans could be allowed back before CHRISTMAS despite the current national lockdown.

The Department of Culture, Media and Sport were said to have submitted proposals which would allow fans in areas where coronavirus infection rates are low to attend games.

The Government are yet to officially agree but the DCMS's involvement is encouraging.

Football fans have long bemoaned not being allowed to re-enter stadiums, while other sports and activities have welcomed back crowds, albeit in limited numbers.

The Scot was left baffled after West Ham's clash with Manchester City was played behind closed doors, but the match was screened in an indoor cinema just a ten-minute walk away.

Moyes said: "People are going watch a game in a cinema, close to here, why can we not be sitting outside in the open air doing it?

"Please come out and give us an explanation as to why we can't do it."