JUAN FOYTH was forced to change his shirt after blood poured from his nose in the Europa League final.

The Villarreal defender, 23, took an accidental knee to the face from Manchester United star Paul Pogba early on in Gdansk. 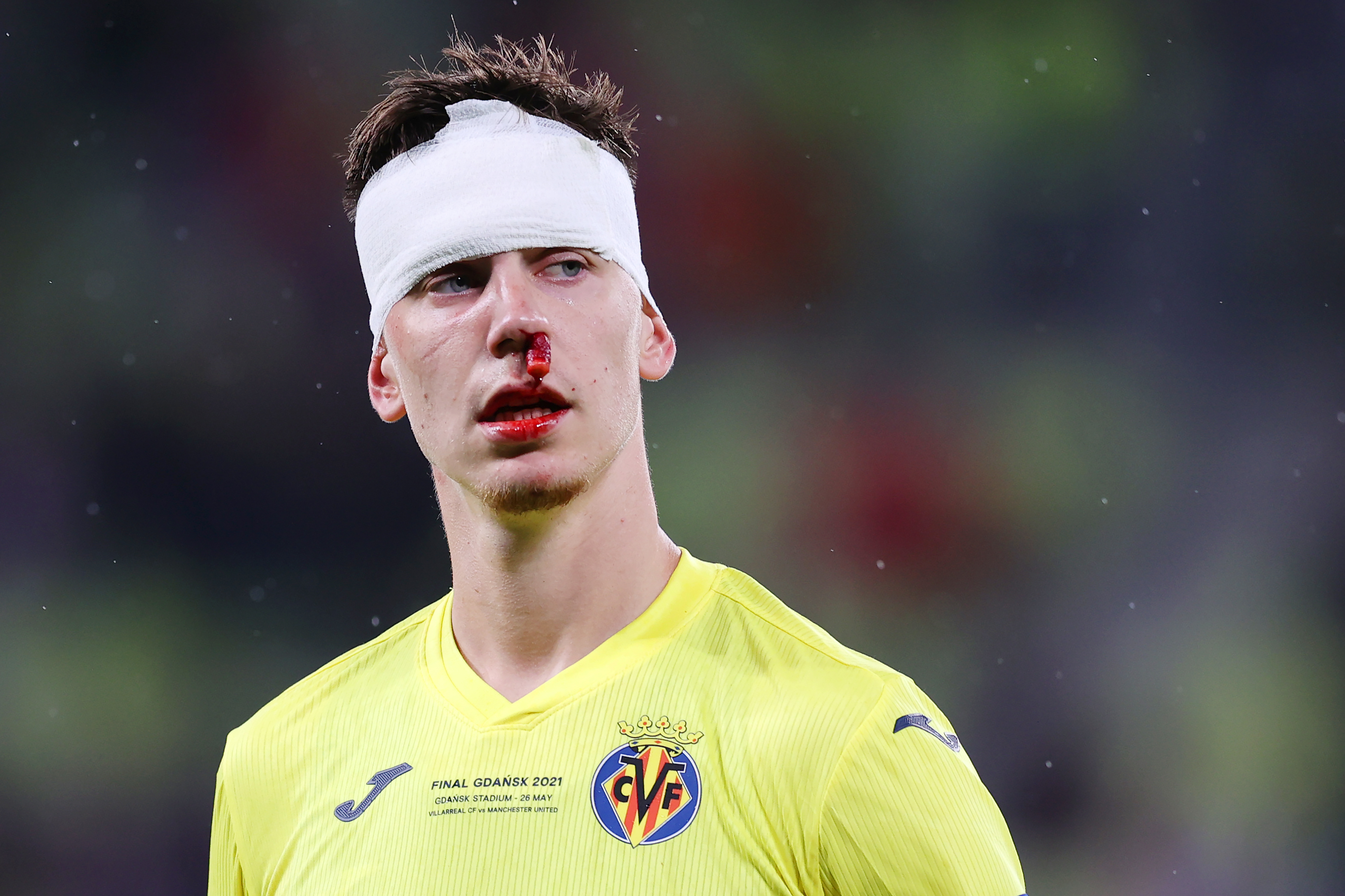 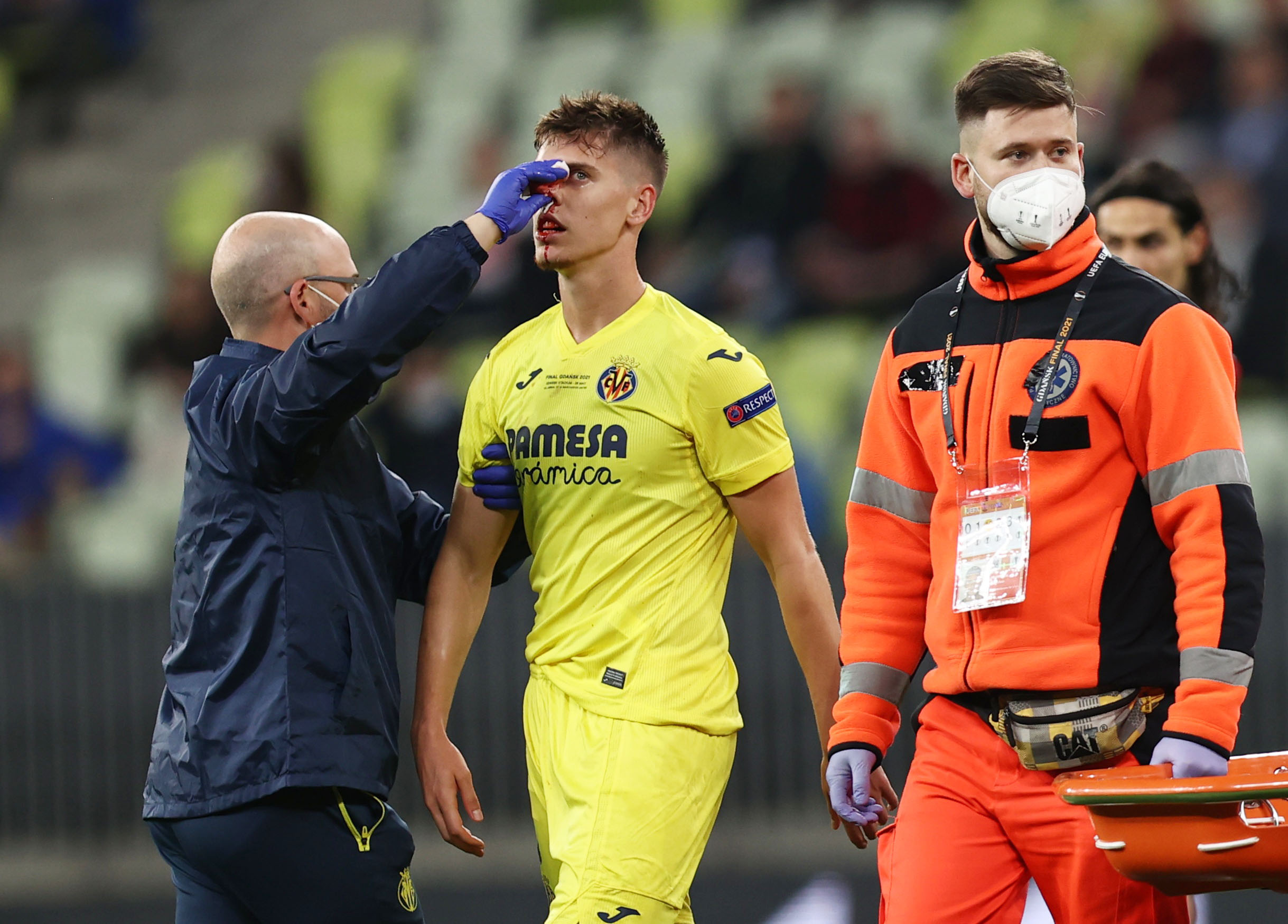 And the collision saw the on-loan Tottenham star channel his inner Terry Butcher.

But despite the nasty-looking blow – and after some quick attention from the Spanish side's medical team – Foyth returned to the field, complete with a bandage around his head.

Ifab rules state players must have no blood on show so the famous yellow Villarreal shirt had to be swapped.

Law 5.3 states: "The referee ensures that any player bleeding leaves the field of play.

"The player may only re-enter on receiving a signal from the referee, who must be satisfied that the bleeding has stopped and there is no blood on the equipment."

Foyth, who shone in the first leg of the semi-final against Arsenal, joined Unai Emery's side on loan for the 2020-21 campaign after making just seven first-team appearances for Spurs last season.

The Argentine was making his 32nd appearance of the season in the final with his only goal on matchday one of the group stages against Sivasspor in October.

And he had a lively start to the Europa League final.

His two tackles and two interceptions were both more than anyone else on the field in the opening 15 minutes against United.

But the right-back knew he was going to be in for a busy evening with Marcus Rashford lining up on the United left wing as part of an attacking starting XI. 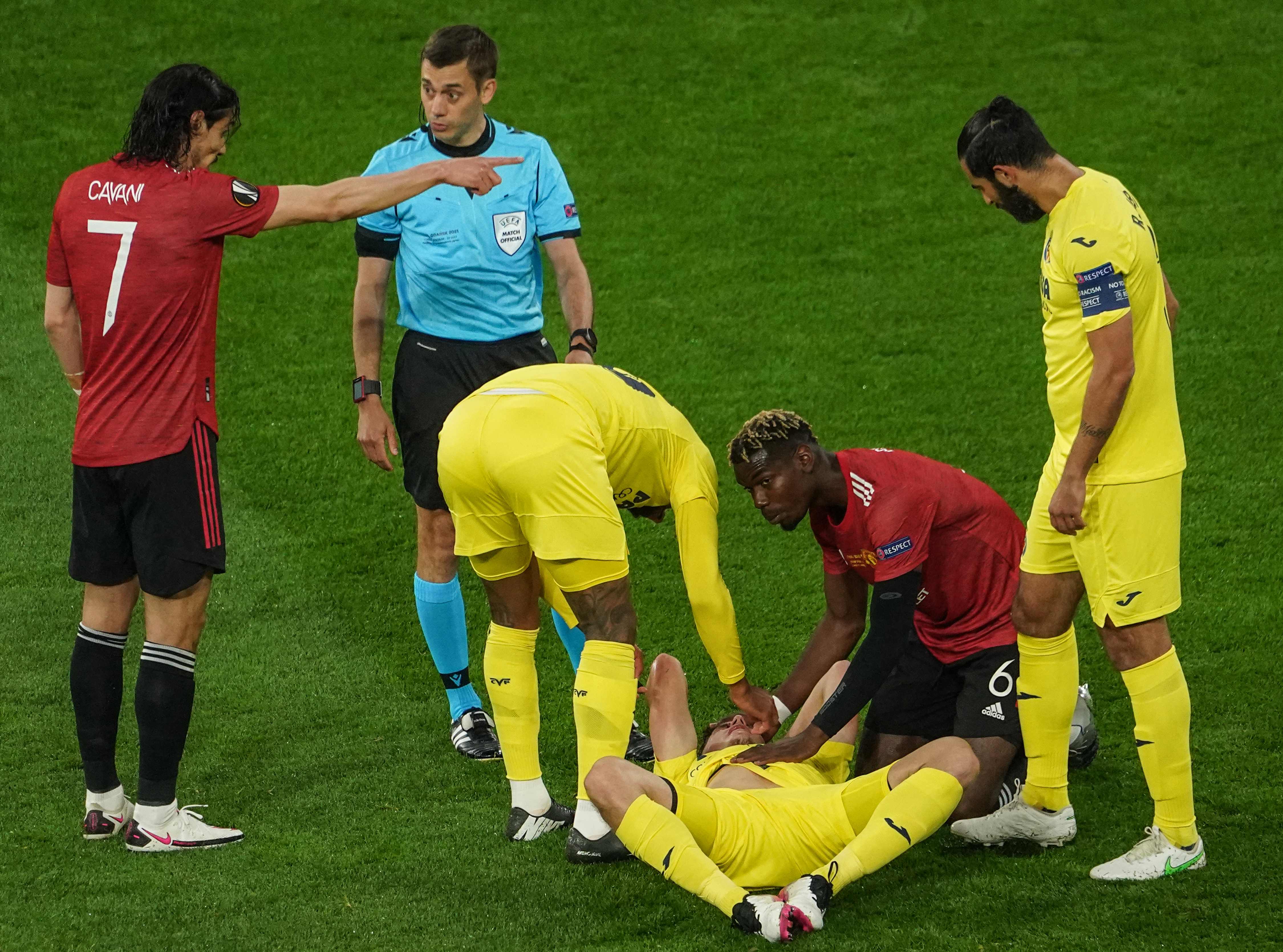 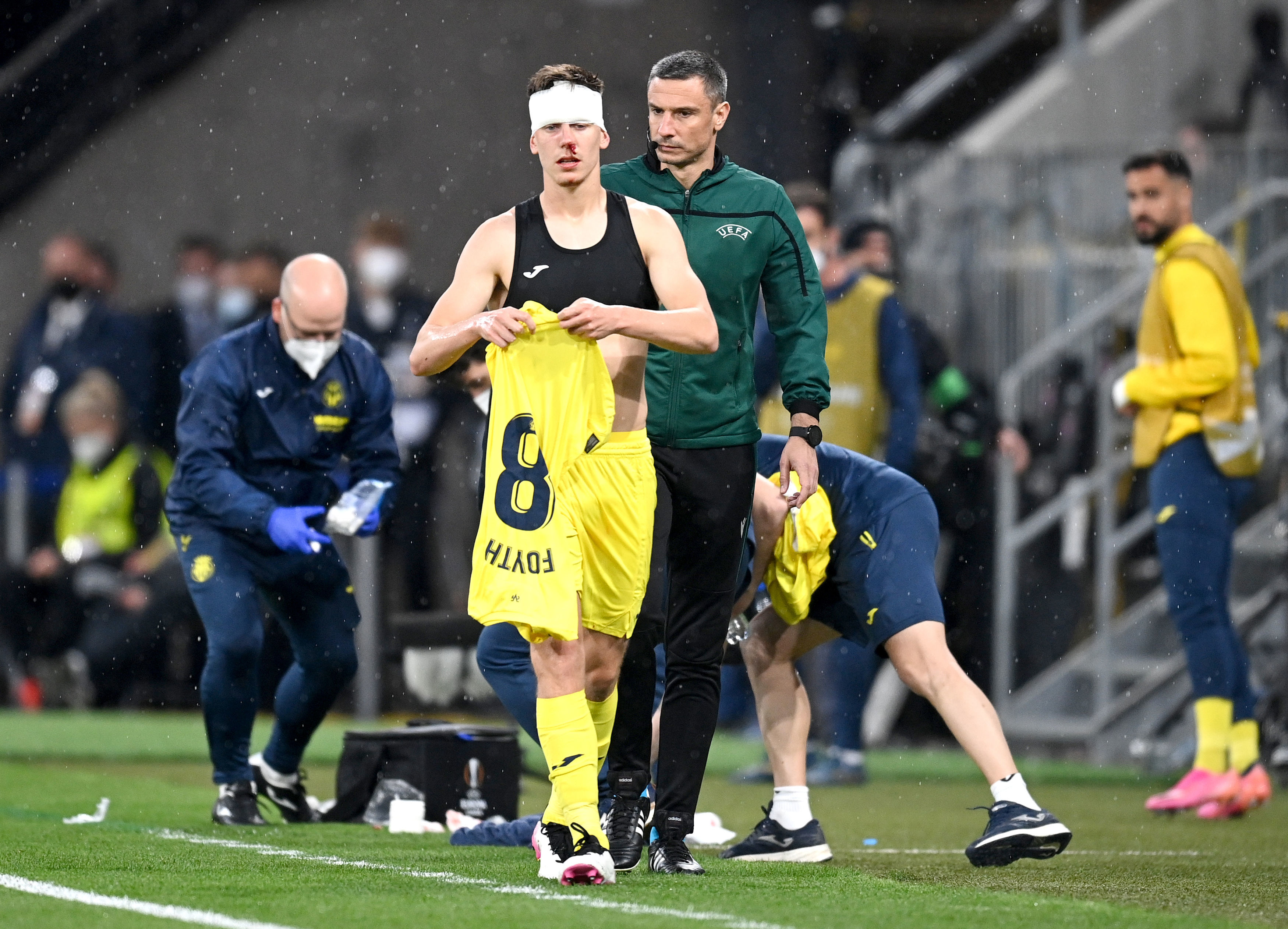