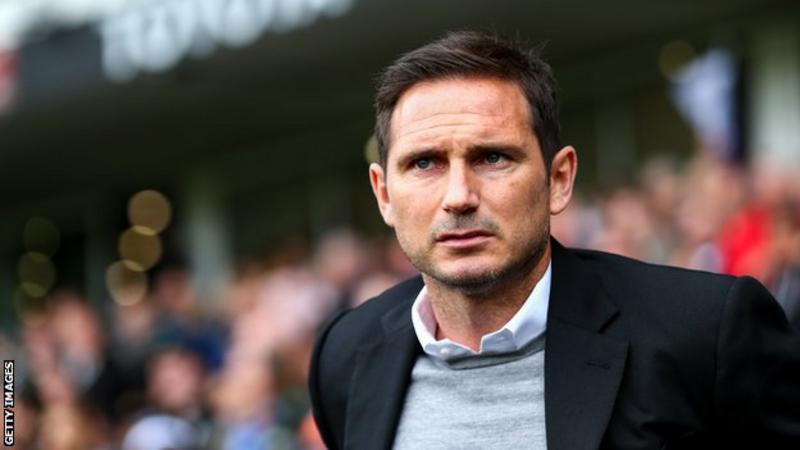 Derby boss Lampard, 40, is the favourite to replace Maurizio Sarri after the Italian left Stamford Bridge to take charge of Juventus.

Lampard led the Rams to the Championship play-off final last season – his first year in management.

“If Chelsea come calling, it’s a difficult one for him to turn down,” Redknapp told BBC Radio 5 Live.

“In my personal opinion, he’ll be the manager of Chelsea.

“It looks to me like it’s going to happen.”

Redknapp – who managed teams including Portsmouth, Southampton, West Ham, Tottenham and QPR – revealed he had personally told Derby chairman Mel Morris to hire Lampard, who he says “wasn’t even on the radar”.

If Lampard was to return to Stamford Bridge, where he won three Premier League titles and the Champions League as a player, Redknapp says there would be little pressure on him.

“It’s a no-lose situation unless he finishes outside the top six. Anything in the top six would be ok, but the Champions League would be a good season,” he said.

“No one is expecting him to finish first or second, third maybe. If he makes the Champions League next year, he’s going to be a success.”

Redknapp, 72, added: “He’s a true legend at Chelsea, one of the greatest players in the club’s history.

“It may not come along again, you never know in football, the opportunity is there for him to go back now.

“He has a house around the corner from the training ground, his wife works in London.”

‘Give the kids a go’ – Chelsea transfer ban

Chelsea would have to pay Derby around £4m in compensation if they hired Lampard.

The Rams are talking to Lampard about a new deal but chairman Morris said the Blues are yet to approach the club over their manager.

Chelsea are currently unable to sign any players after they were banned for two transfer windows by Fifa – a decision they are appealing at the Court of Arbitration for Sport.

But if Lampard was appointed manager, Redknapp believes it would be a boost to young Chelsea players such as Callum Hudson-Odoi and Mason Mount – who Lampard took on loan at Derby.

“Maybe it’s time for someone who is going to be bold enough to play those young players. He went to Derby, he brought young players in, Derby got to the play-off final with a few kids,” Redknapp said.

“It could be an interesting time for Chelsea, they are going to have to play some of their kids, give them a go.

“We keep talking about how good these kids are, they’re playing for England under-17s, under-19s, so get them in the first team, let’s see them play.

“Chelsea have a great group of young players, it might be a good chance to throw three or four of them in. You may have something special there.”