Home » Sport » Frankie Dettori: I burst wide pride winning for The Queen… racing will never be the same without her | The Sun

Frankie Dettori: I burst wide pride winning for The Queen… racing will never be the same without her | The Sun

RIDING for the Queen gave me some of my proudest moments in the saddle.

I rode for Her Majesty for 30 years and the moment I pulled on those famous purple, red and gold silks I would be bursting with pride. 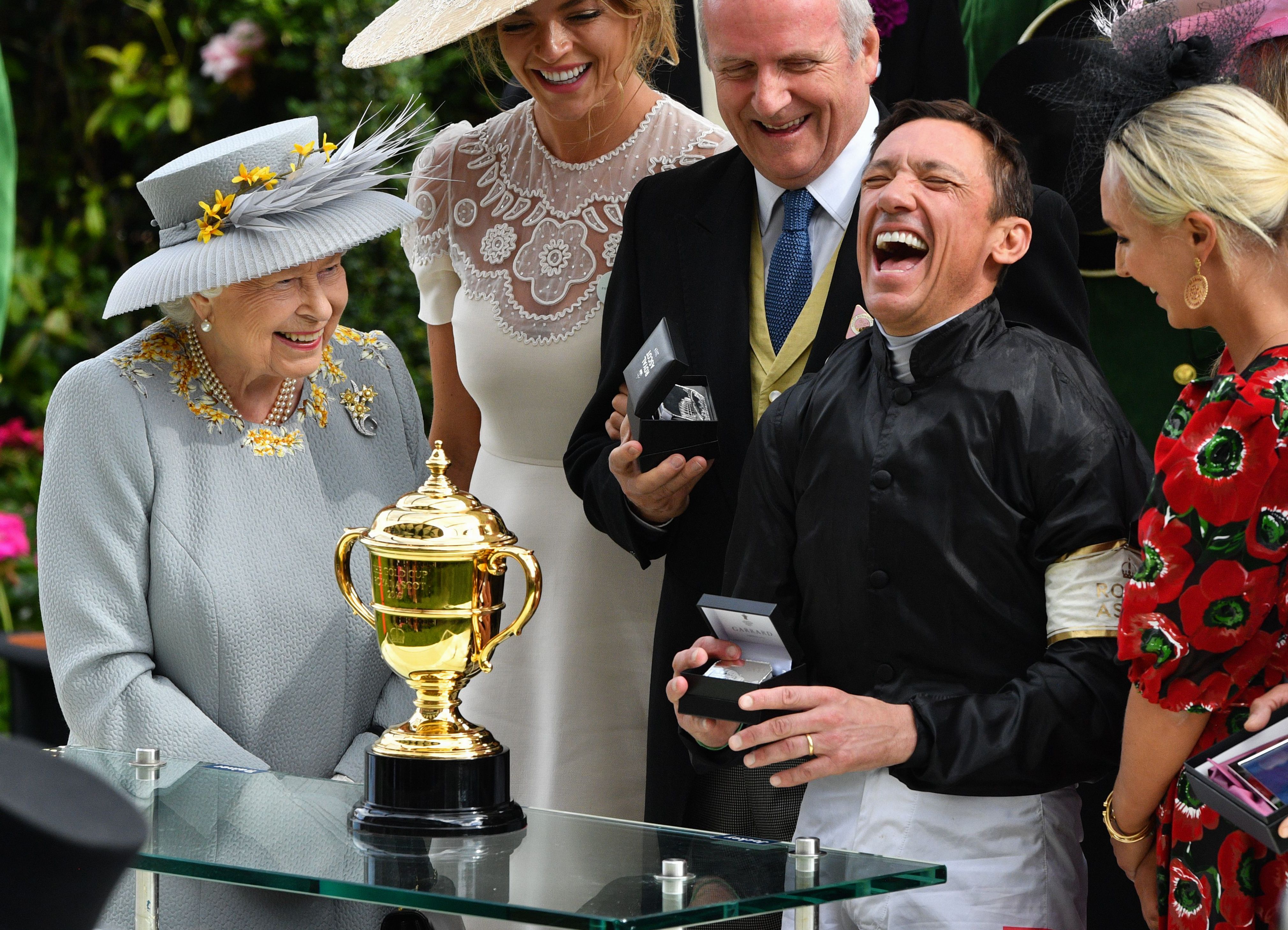 It was an honour and a privilege — and even better when you won!

In all I was lucky enough to ride over 50 winners for the Queen and each one was very special — but none more so than at Royal Ascot back in 1995.

I rode Phantom Gold to win the Ribblesdale and, for me, it was the ultimate victory.

The filly was bred by the Queen and trained by Lord Huntingdon and, at home, let’s say she was a bit of a troublemaker — a headstrong girl.

But on that day at Royal Ascot she was sensational and the moment I asked her to quicken at the furlong pole she powered home for me.

I was only 24 at the time and, to this day, it is still one of the greatest and most satisfying wins of my career.

It was a great occasion and just fantastic to return to the winners’ enclosure and see the Queen so happy and smiling.

I didn’t ride the filly again until the last race of her career and we won the Geoffrey Freer Stakes at Newbury before she was packed off to the Royal Stud.

QUEEN GAVE ME ONE OF MY BEST WINS

There Phantom Gold gave birth to Flight Of Fancy who finished second for the Queen to Imagine in the 2001 Oaks.

For Her Majesty it was all about the breeding side of things. That was what meant most to her.

Yes, like all of us, she enjoyed a winner but her real love was seeing the horses from being a foal to the running on a racetrack.

To see the horses develop and then race and then once they had finished their career on the track to breed from them, that was what she loved.

She knew the families and the bloodlines inside out.

She was an owner and a breeder for 70 years so her knowledge was just incredible — and her dedication and love for her horses was plain for everyone to see.

She was such a special person and had a great sense of humour. She loved a laugh and a joke — she could be very funny!

It is very sad for everyone in racing. The sport has lost its greatest friend.

Racing was in her blood, it’s a tradition, and it can’t get any bigger than that.

I just think racing has been so lucky to have a monarch who loved the sport so much.

Probably one of the races which was closest to her heart was the Ascot Gold Cup.

I BURST WITH PRIDE

There really was no better feeling that that.

Though I am an Italian, I’ve lived in Newmarket for over 35 years — I’m part of the furniture — and always felt a huge sense of responsibility and pride riding for Her Majesty.

Whenever you rode a winner for her, you could almost burst with pride. It was emotional at times.

She had such a passion about racing and I was lucky enough to have so many conversations with her about the sport that we both loved.

Her knowledge was vast and you could see the pleasure she got from talking about horses.

I treasure the conversations I was very fortunate enough to have with her.

She knew the form and could list generations of pedigrees without any reference to the stud book, and she knew the personalities and traits of every horse.

She was such a massive supporter of the sport, but more than that, the country’s loss will be immeasurable.

She served the country with such incredible dedication. She was a truly remarkable lady and I feel very privileged to have been in the company of such an amazing person.

It is a very sad time for everybody.

Racing just won’t be the same without Her Majesty.