Home » Sport » From LeBron James to Billie Jean King, Vanderbilt football’s Sarah Fuller earned praise from some of the biggest names in sports

From LeBron James to Billie Jean King, Vanderbilt football’s Sarah Fuller earned praise from some of the biggest names in sports 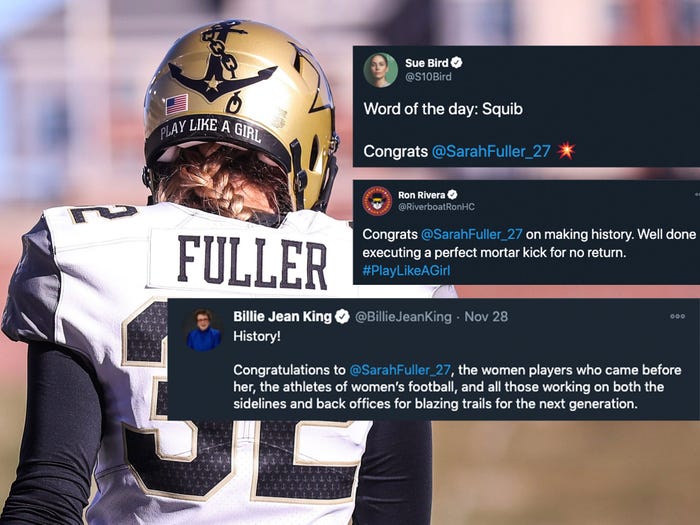 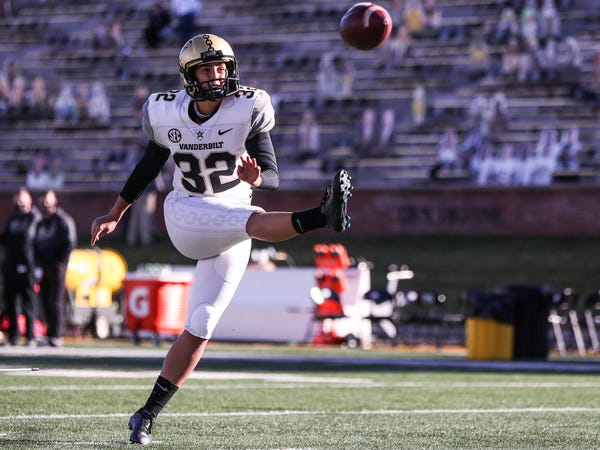 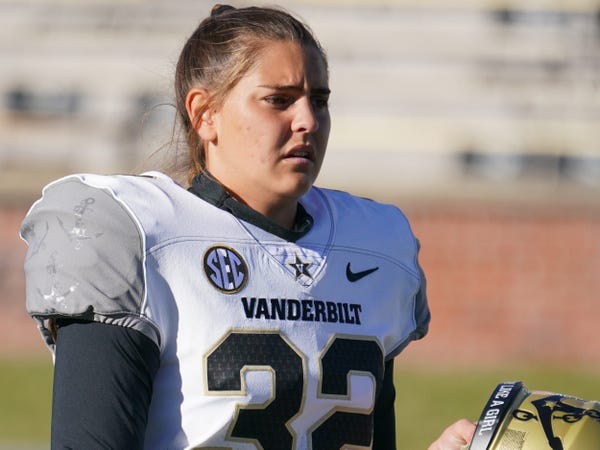 READ MORE: Sarah Fuller said haters can 'talk crap all they want' about her historic stint with Vanderbilt football team

…she's also earned heaps of praise from some of the biggest names in the world of sports. 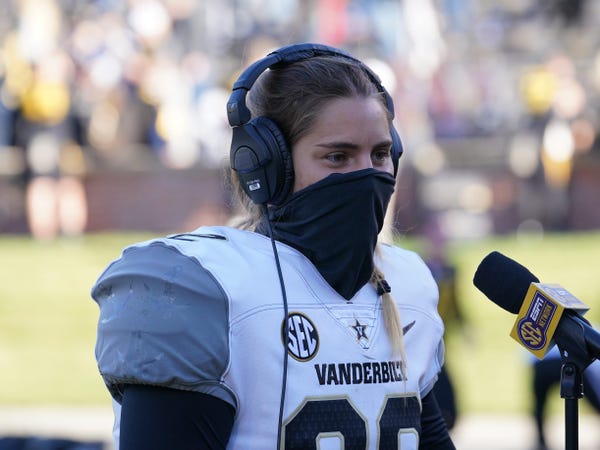 Tennis legend Billie Jean King, who knows a thing or two about breaking barriers, applauded Fuller "for blazing trails for the next generation."

And WNBA superstar Sue Bird was quick to remind the Twittersphere what a squib kick looks like.

The WNBA described Fuller as a boss woman. 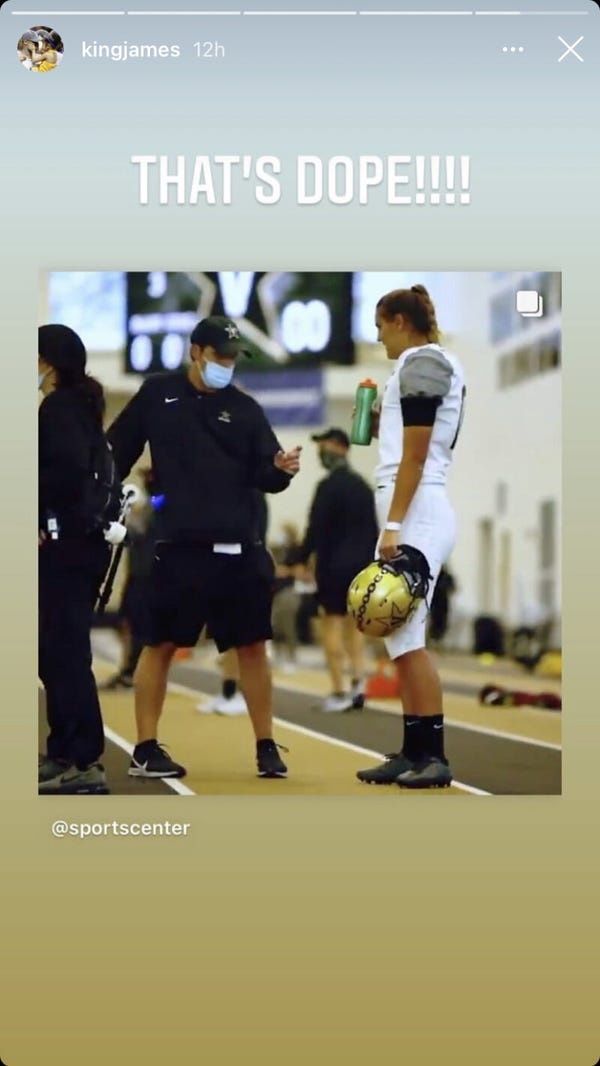 And the XFL acknowledged that Fuller made "HERstory."

The NWHL, too, commended Fuller as "the first of many who are not held back by barriers and literally kick back hard against the odds."

Sports analyst and former NFL punter Pat McAfee defended Fuller on his show after some on the internet criticized her.

Legendary USWNT goalie Hope Solo tweeted "Go on Sarah!" for her efforts on the gridiron.

And she, too, defended Fuller from critics.

Superstar USWNT striker Carli Lloyd — who has considered a kicking career of her own after her soccer days are over — called Fuller's stint on the gridiron "Amazing!!!!"

And the USWNT itself was all about the showing of girl power.

And San Francisco 49ers assistant coach Katie Sowers shared an Instagram video about the strides women have made in sports this year. Of course Fuller made the cut.

And Dr. Jen Welter — the first woman to coach in the NFL — said what Fuller did was "#kickglass."

Now check out how Fuller responded to the lack of spirit on Vanderbilt's sidelines: 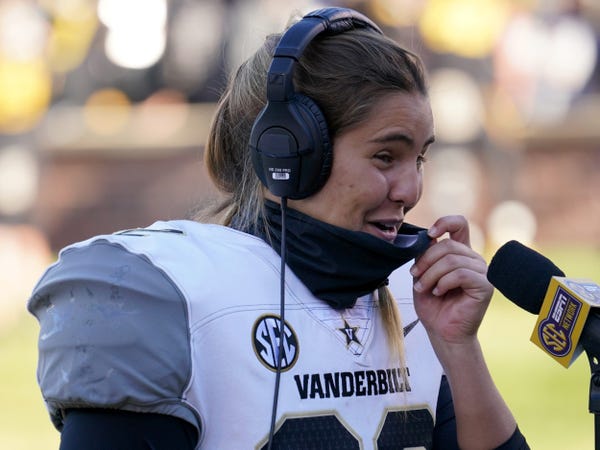 Sarah Fuller was 'pissed off' with the lack of enthusiasm on the Vanderbilt sidelines, and she told the team how she felt in an impassioned halftime speech