MAURIZIO SARRI was once a merchant banker — and there are some Chelsea fans who regard that as a euphemism for their manager.

But whatever your opinion of the Italian, there is no doubt that from dealing in currency to telling Eden Hazard how to play, it has been one heck of a journey. 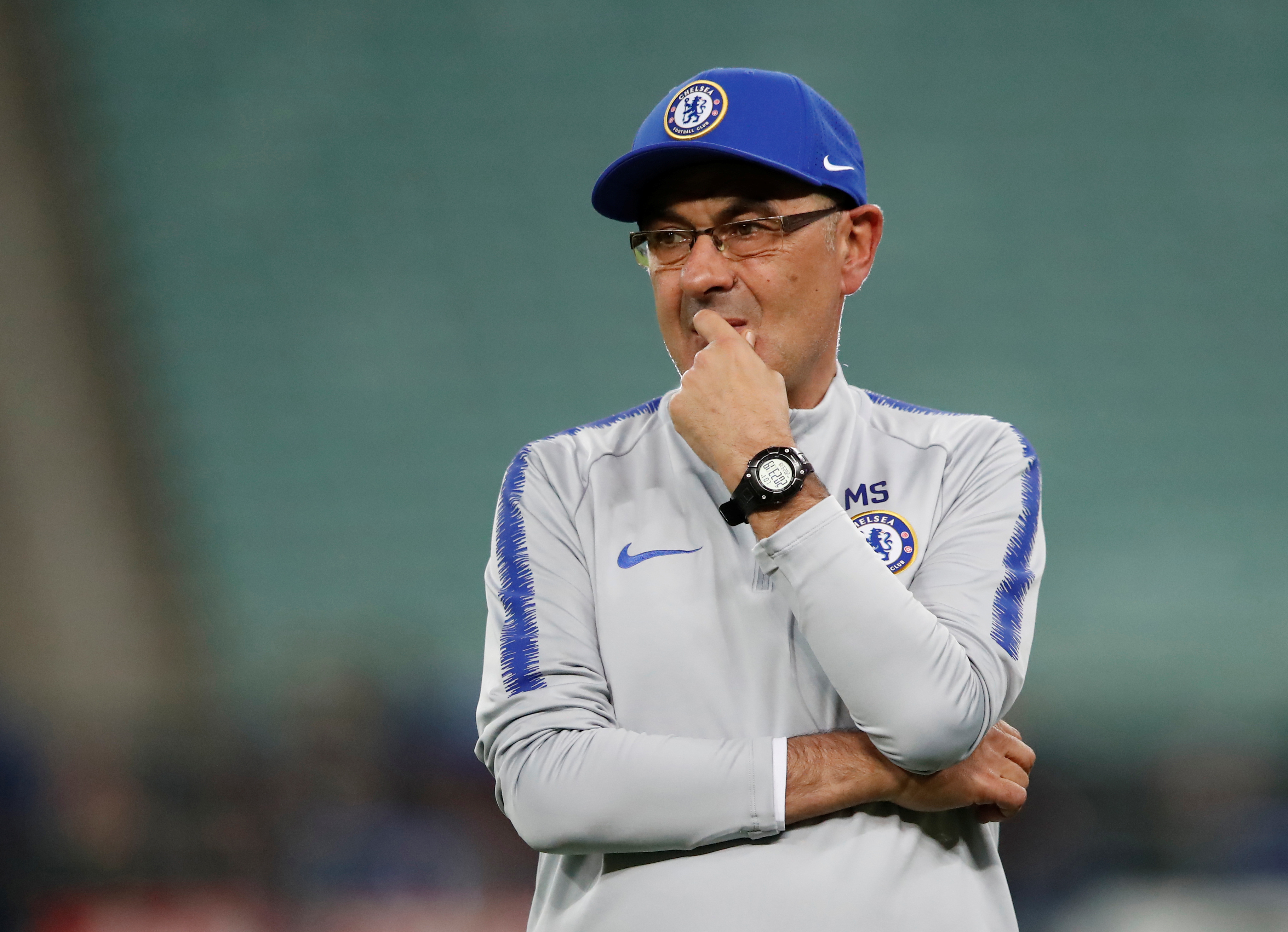 Twenty years on and Sarri is one win away from finally landing his first trophy as a manager, albeit the much-derided Europa League.

It will stick in the throats of some Chelsea supporters, who want their head coach gone.

Those who have worked with Sarri in both his professions have given an insight into what makes him tick.

The 60-year-old played to a modest level as a centre-back in Italy’s lower leagues, then became the player-coach of minnows Stia.

As he kept his dream of one day managing in the big time, he took a job as a financial consultant where he met Aurelio Virgili, whose father Guiseppe played for Fiorentina in the 1950s.

Virgili said: “I was working for another bank — Fideuram — and looking for good workers so I took on Maurizio from Banca di Toscana.

“His principal duty was finding new customers abroad in Switzerland, France and London. Now he is an important customer of my bank.

“At the beginning we realised we were both Fiorentina fans so we became good friends immediately talking about football.

Chelsea shouldn’t let him go as he can improve them.

“Working in the new bank meant Maurizio had more free time, so he could train better during the week.

“I remember when I met him for the first time I joked, ‘If you come to work with me you’ll be a Serie A trainer’.

“Sarri is very superstitious and accepted my joke with a laugh. We are still good friends and I call him most weeks.

“Chelsea shouldn’t let him go as he can improve them.”

Aged in his 40s, Sarri ditched his calculator and fund management to pursue his ultimate goal of coaching.

A steady rise in his interest rate as a coach then took him on a remarkable upward curve, from the amateur ranks in Italy to, eventually, Stamford Bridge.

Jazz-loving and with a good heart behind his bluff exterior, Sarri is a complex character who divides opinion.

He has the gravel-honeyed voice of chain-smoking Neighbours matriarch Madge Bishop. But his devotion to football is complete. 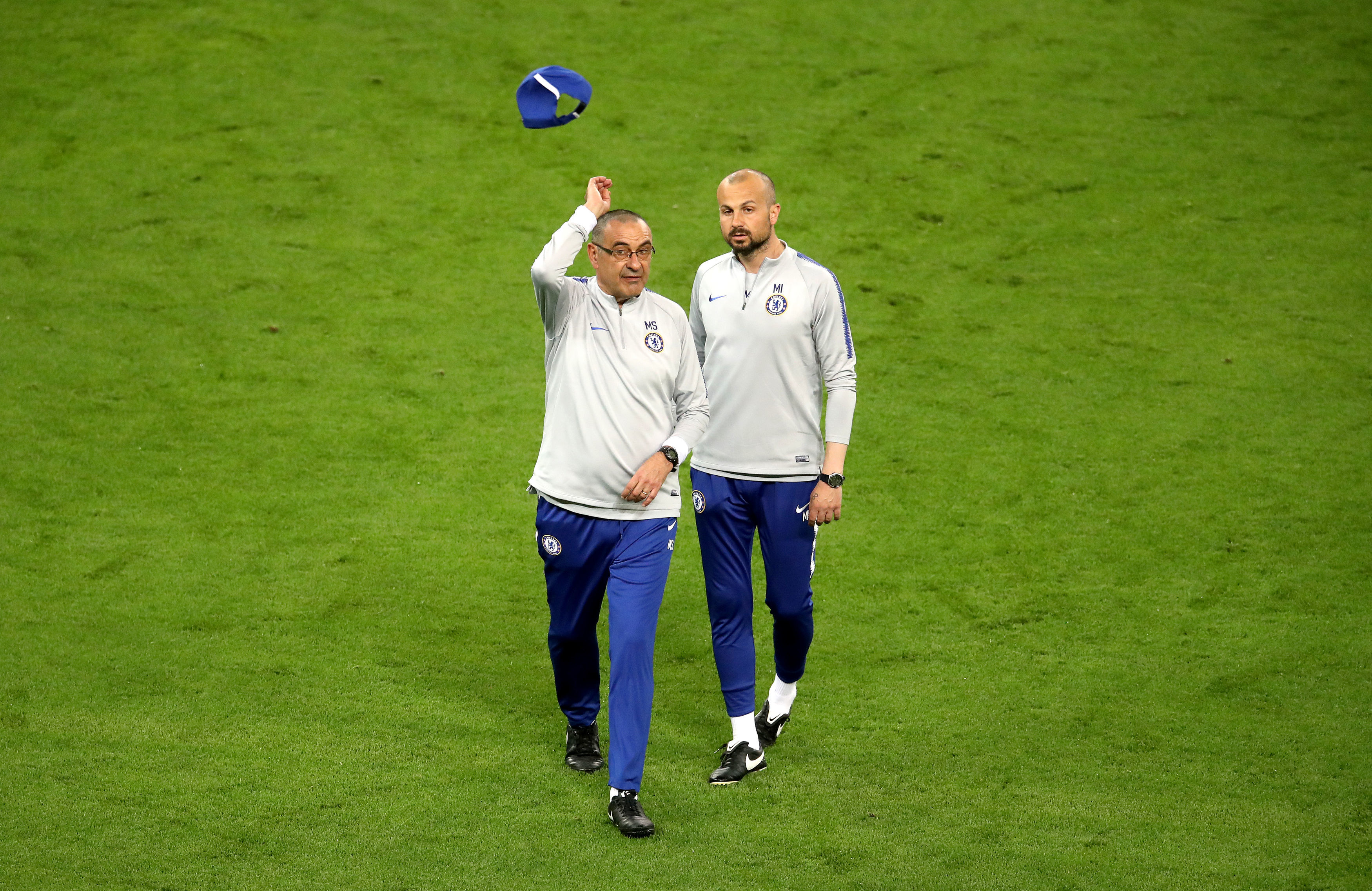 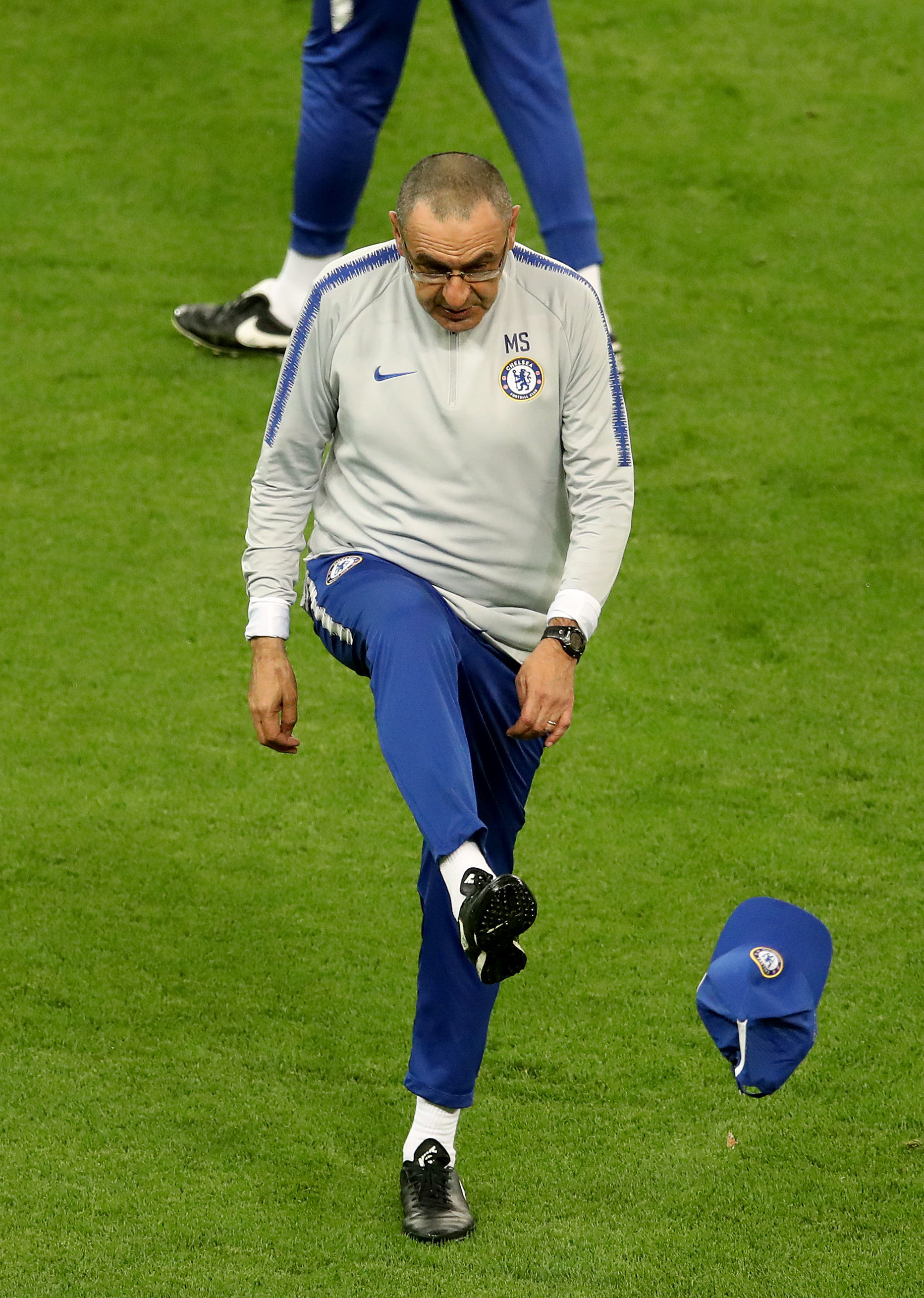 He also adores his pet dog Ciro, who was adopted after he found him as a stray on the streets of Naples.

It is a rare distraction from his work.

One-time Middlesbrough striker Massimo Maccarone, who played for Sarri at Empoli, is one of just a few people who know his old manager well.

He said: “I came to Empoli from a sad season at Sampdoria. Sarri gave me again the pleasure to play football.

“If you follow what he says during training sessions you can do everything inside the pitch.

“He knows football, players and playing tactics like few trainers in the world. I have got a good relationship with him nowadays as well.

“We often speak on the phone and he always says how much he likes the Premier League and living in London.

“I am following him in his adventure in Chelsea and I believe his season is positive if they win Europa League.

“His defects? Maybe he is too superstitious and perhaps too much of a smoker.

“I am a smoker as well and sometimes he offered me cigarettes but nobody is like him. I don’t know how he can smoke so much!”

Sarri clinched two successive promotions with Sansovino to catapult him into the big time of Italian professional football.

The club’s general manager Nario Cardini said: “I knew Sarri’s teams played well and so, in 2000, I decided to put him on the Sansovino bench.

“We lived three unforgettable years, lifting up from the amateur league Eccellenza to the professional Serie C2.

“He could get inside players’ heads but he didn’t care what happened outside.

“I was disappointed when he left us, choosing our rivals Sangiovannese, but nothing could convince him to change his mind.

“Unfortunately now if I try to call him he never answers.”

Sarri is popular with the majority of his Chelsea players — in public at least.

Former Derby forward Francesco Baiano played for him at Sangiovannese and he said: “At the beginning I was hit by his humility.

“He was hungry of football, he thought about it 24 hours a day, and was a very good football teacher.

“I remember how he prepared plans for free-kicks and corners over and over again — perhaps fifty different ways to attack and defend.

“He needed to find the right place for showing his football.

“Sometimes we speak to each other, the last time was two months ago and he told me how much he likes the Premier League and would like to stay.”