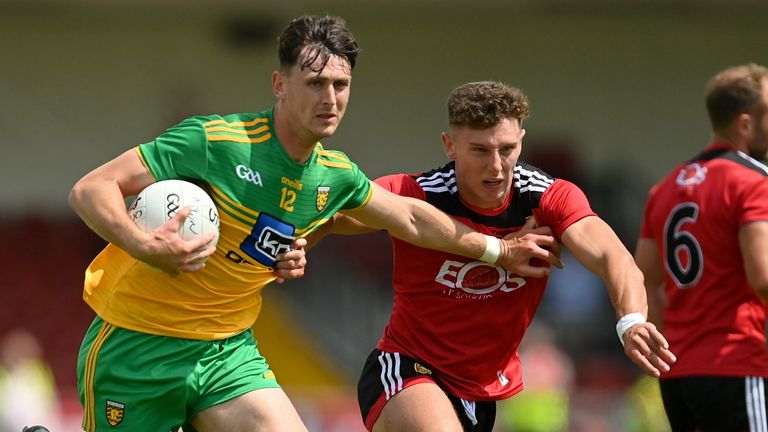 Donegal have come through the Ulster Championship preliminary round with a comprehensive win over Down.

The 2018 and 2019 provincial champions eased through to the Ulster Senior Football Championship quarter-final, with a facile win over Down at Páirc Esler.

However, there is a significant worry for manager Declan Bonner after captain Michael Murphy was forced ashore due to injury.

The Division 1 side moved into an early 0-5 to 0-1 lead with points through Paddy McBrearty, Murphy and Ryan McHugh.

Nonetheless, four impressive scores from Barry O’Hagan helped the Mourne County stay in touch, pulling it back to 0-6 to 0-4 at the water break.

The returning star from Glenswilly looked impressive in the opening exchanges, but was forced ashore in the 29th minute with an injury worry.

Nonetheless, Tír Chonaill kicked on, scoring 1-3 without reply to build a 1-15 to 0-8 lead at the break. Jamie Brennan was the one to score the goal, having replaced Murphy moments earlier, with the three-pointer coming off a Down kickout.

McBrearty added two more points as Donegal put the game to bed before the halfway mark. 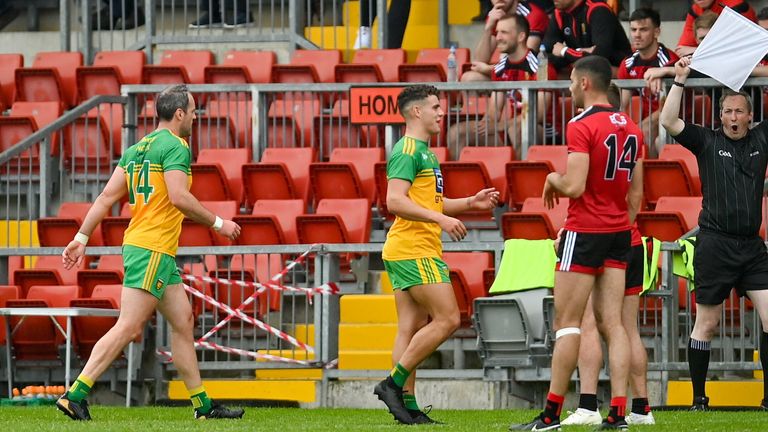 Down looked to counter after the restart, and enjoyed a purple patch when Stephen McMenamin was in the sin-bin.

But when Donegal returned to their full complement, they took control once more, stretching further ahead.

Down’s chances ended with the dismissal of Gerard McGovern after a straight red card, as the visitors saw out the 16-point victory with ease. A McBrearty goal polished the scoreline, as they were too strong for their hosts. After dominant wins for Kerry and Mayo already this weekend, Donegal are the latest top-tier county to make a statement, as they made it through to the Ulster quarter-finals where they will face Derry.

John Maughan got one over on Mickey Harte, as Offaly prevailed at Páirc Tailteann, Navan with victory after extra-time.

The Wee County led for long periods, as the sides went point-for-point throughout the contest. Allen’s three-pointer helped the Division 3 finalists into a 1-15 to 0-15 lead, but Louth came storming back with points from Anthony Williams and Sam Mulroy. 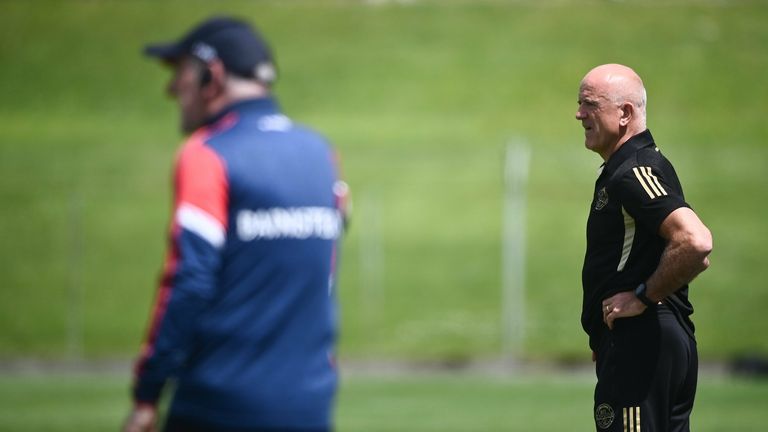 A Mulroy free then levelled at full-time, but extra-time goals from Niall McNamee and Peter Cunningham helped them over the line.