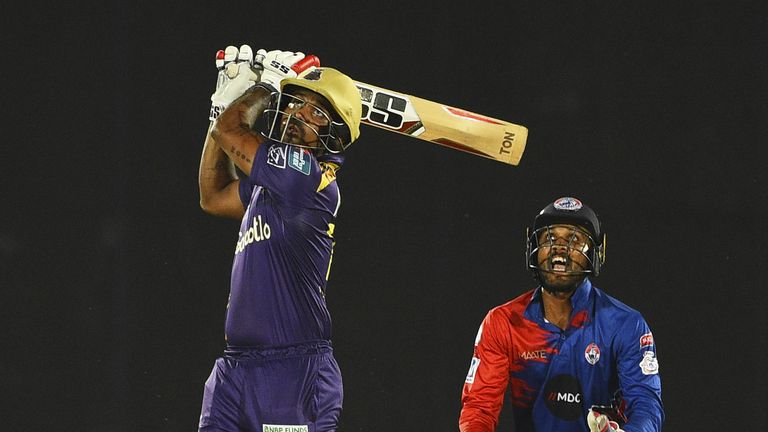 Galle Gladiators secured their spot in the final of the inaugural Lanka Premier League with a pulsating two-wicket victory over Colombo Kings, despite a brilliant innings from Daniel Bell-Drummond.

Bell-Drummond spearheaded Colombo’s innings as just four men registered double digits, yet Angelo Mathews’ side appeared on the cusp of victory with Galle requiring 15 runs from the final over.

The Gladiators lost a spate of wickets at crucial junctures in self-inflicted fashion, only for Dhananjaya Lakshan to star with bat and ball to guide his side to a thrilling victory with one ball remaining.

The Gladiators progressed to the semi-finals of the five-team tournament despite winning just two of their eight group games, while tournament favourites Colombo claimed top spot in the group phase with six victories.

However, the Gladiators made a terrific start – Nuwan Thushara (2-27) was the man to make the breakthrough, removing Lahiru Udara (1) with the first ball of his spell in the second over.

Sandakan also claimed the prize wicket of Andre Russell (11), who produced a couple of lusty blows before he was caught down the legside, following a sharp catch from wicket-keeper Azam Khan.

Nevertheless, the Kent opener was dismissed by Shehan Jayasuriya (1-16), courtesy of a stunning catch from Gladiators’ captain Bhanuka Rajapaksa at short extra-cover, which stifled the Kings’ momentum.

They were indebted to a late cameo from Isuru Udana, who struck 19 off 11 balls as the Kings managed to scramble to 150-9 from their 20 overs, following a disciplined bowling display from the Gladiators. However, the Kings were handed a huge boost when Danushka Gunathilaka departed for just 13 – his lowest score of the season – having hit Ashan Priyanjan (2-42) for back-to-back boundaries earlier in the over.

The excessive swing on show early in Colombo’s innings was evidenced once more as Matthews dismissed Ahsan Ali for a duck with a beautiful delivery which clipped the top of off-stump.

Azam Khan (21) and Rajapaksa (33) targeted the Kings’ spinners as the Galle innings began to gain real impetus, only for Khan to depart in the final ball of the powerplay with the score 57-3.

Rajapaksa took up the aggressor’s mantle, only to be stumped off a wide delivery to gift Priyanjan his second wicket, and Galle’s woes were compounded seconds later, when Sahan Arachchige (3) was run out in reckless fashion.

The Gladiators were well ahead of the run-rate, but Shehan Jayasuriya (22) and Chanaka Ruwansiri (9) attempted to rebuild the innings, until the latter was deceived by a well-flighted delivery from the influential Qais Ahmad (1-27). 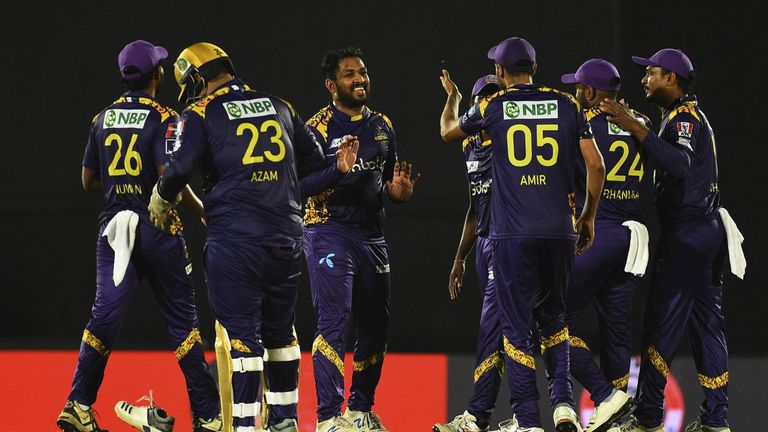 Colombo had to contend without their skipper Mathews in the latter stages as he left the field through injury, although they appeared in control after the Gladiators were left to rue another comical run-out.

Galle required 35 from 24 deliveries with just three wickets remaining, although a maximum from Amir, coupled with a brace of boundaries from Lakshan, saw that figure reduced to 17 from 12 balls.

Thikshila de Silva had the responsibility of bowling the penultimate over and dealt with the pressure magnificently, conceding two runs and claiming the wicket of Amir to leave the Gladiators needing 15 from the remaining six balls.

The Kings were left to rue a regulation drop in the first ball of the final over, with Lakshan following up a pair of scampered twos by carving Udana all the way for six, leaving Galle five runs from victory with three balls remaining.

The 22-year-old then had to settle for a single which brought Sandakan on strike for his first delivery, but he was up to the task, smashing Udana’s penultimate delivery over mid-off to spark jubilant scenes of celebration.