Georgia coaches are confident Stetson Bennett can finish the job

Over the past few months, the burning question surrounding the Georgia football team has been the quarterback situation and whether Stetson Bennett can lead them to a championship. Unfortunately for Bennett, it’s a question that will linger until the Bulldogs play their final game. But if you ask the coaching staff, they are willing to make a change if needed, but right now it’s not warranted for the Orange Bowl against Michigan on Friday night, New Year’s Eve.

Let’s be clear, this team is playing for a National Championship spot, so if this staff thought JT Daniels could do better, he’d be starting. That’s not a knock on Daniels, as he is capable enough of leading this team, but this staff is confident in Bennett and they’ve made that crystal clear over the last few days. To think that the coaching staff is just sticking with a guy because he’s led them to 12 wins this season is ludicrous. Does anybody remember Alabama switching out quarterbacks to win an SEC and National Championship? 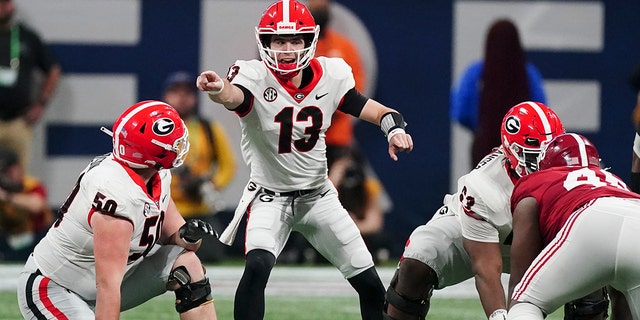 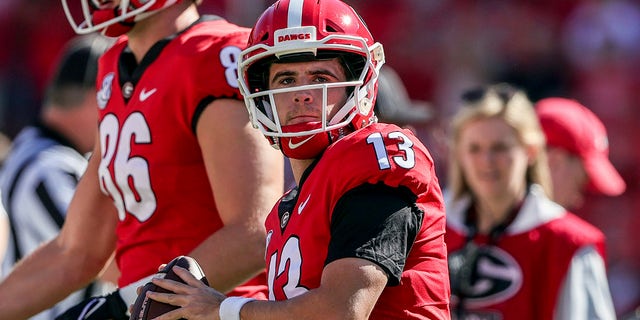 Also, it wasn’t as if JT Daniels has done anything wrong during the season. He’ll be ready to go, after arriving in Miami earlier this week after coming off Covid protocols. He’s been right behind Bennett during his injury and when he was healed up, making sure he was doing everything he could to help the quarterback room. The Bulldogs OC made it clear that this was about the way Bennett was playing, not anything about Daniels. Sometimes you just stick with the hot hand, even if the team had a bad game.

“It wasn’t really anything JT did, it was more along the lines of what Stetson did that we thought gave us the best chance to win, his mobility, those things, in the run game and the pass game when things break down we believe give us the best chance to win. It’s nothing really that JT did, and it just happened where Stetson got an opportunity, took advantage of that opportunity, we continued to win. It never really ended up flipping the other way.”

If you look at the regular season, Stetson was one of the main reasons why this team was 12-0. He was helped by a strong rushing attack, but he also threw 24 touchdown passes in the process. The way he can scramble outside the pocket to make a play isn’t lost on the coaching staff either. How many times have we seen Bennett run up the middle and pickup 15 to 20 yards? Numerous times is the answer. Another key component to Bennett’s game is that he’s healthy and has been for the entire season, unlike JT Daniels, which again is not his fault but that presented an opportunity that Stetson never gave up.

On a quick side note, if the Georgia running backs don’t help out their quarterback on Friday, then this team won’t have a chance to beat Michigan. The lackluster performance from the group against Alabama was part of the reason this team has a loss on their record. Yes, Bennett threw some bad balls, but if you don’t get anything from the group that has led you for most of the season, what do you expect to happen. We can’t throw one aspect of the Georgia offense under the bus without explaining the full problem, which was on display in Atlanta.

Sure, Bennett was a former walk-on and JT Daniels was a former 5-star prospect, but when it comes to in-game experience, it doesn’t matter. 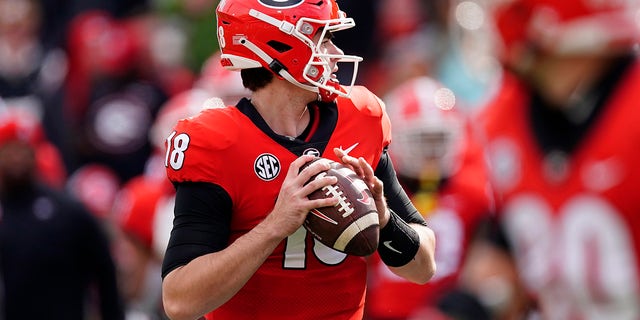 Georgia quarterback JT Daniels (18) looks for an open receiver in the second half of an NCAA college football game against Missouri on Saturday, Nov. 6, 2021, in Athens, Ga..
(AP Photo/John Bazemore)

“Some reason, we get into this stereotyping of players based on where they were at some point,” Monken added about the QB’s. “Be it one was a walk-on, one was a 5-star, Just look at the production and what he’s (Bennett) done for our football team, it’s impressive.”

But as much as Monken believes in Bennett, he also understands that this could be the last game of the season and he’s going to make the best decision possible, if things go south for Bennett. This would mean inserting Daniels into the game and giving him opportunity, but that is a decision they will make if the time comes.

“The reality is that we don’t know what’s behind the next decision. We know that we make the decision based on what we see on a daily basis.”

It would be hard for some young men to look at the outside noise that has been swelling over the last month and not feel a bit overwhelmed. But for Stetson Bennett, he’s handled it all by not paying attention to what anyone besides his teammates or coaches are saying, which he doesn’t find hard to do. From the sound of it, Bennett isn’t letting the outside noise either him one bit.

“I mean, like I’ve said before, if you listen to them when they’re telling you how good they are, then you’re going to listen to them when they tell you how bad you are. I don’t really care what anybody else says,” Bennett added. “My job is to go out every single day, build chemistry with these guys, watch film enough to be prepared for when the game comes, and that’s the only thing I’m worried about. You can’t put any value on people who really have no clue what they’re talking about.”

This Georgia staff won’t hold anything back on Friday night, being that a loss would send them home and diminish the 12-0 regular season. Not holding anything back also means they won’t hesitate to make a change at quarterback, if needed.

But the questions shouldn’t stop until Georgia raises a trophy, no matter who the quarterback is.