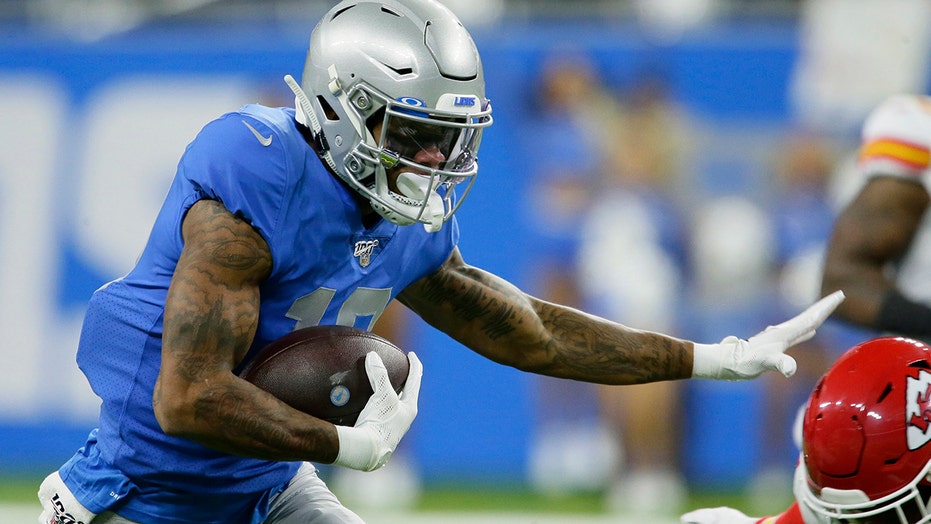 The New York Giants landed one of free agency’s most sought-after wide receivers.

Former Detroit Lions wideout Kenny Golladay and the Giants agreed to a four-year deal on Saturday worth $72 million – with a max of $76 million – which includes $40 million guaranteed, according to the NFL Network.

Golladay, who only played in five games for the Lions in 2020, dealt with multiple injuries and only finished with 338 receiving yards with two touchdowns. The last time Golladay played a full season, he had 1,190 yards and led the NFL with 11 receiving touchdowns in 2019.

After the signing was announced, Golladay talked about what it meant to him to team up with quarterback Daniel Jones.

“[Jones] is still kind of fresh in the league, a little bit,” Golladay said via NorthJersey.com. “I kinda wanna grow with him. I’m still growing as a player, and I feel like me and him can do some good things. We haven’t gotten on the practice field yet, but, me and him both are very excited.”

Over the last four seasons, the Giants haven’t had much success. They finished with records of 3-13, 5-11, and 4-12. Last season, under first-year head coach Joe Judge, New York improved to 6-10 and just missed out on a playoff berth in the NFC East.

Jones believes something special is brewing in New York. And he sold Golladay on the opportunity to play with the Giants.

“We’re trying to do something great here, and that’s what I’m all about,” Jones told Golladay.