Grand Slam of Darts 2020: Gary Anderson and James Wade get group stages under way with wins 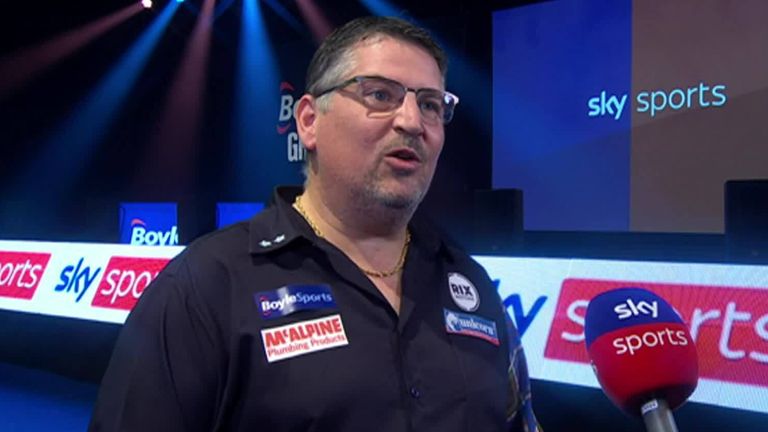 Gary Anderson and James Wade have won a host of PDC major titles between them and both men kicked off their bid for one of the few to elude them by winning their opening group matches at the Grand Slam of Darts.

Duzza was the man to falter, suffering a 5-0 defeat to Jermaine Wattimena, but Anderson, Van den Bergh and Wade all kicked off with victories, but in very different fashion.

In Group B, Gary Anderson punished Adam Gawlas’ missed darts at double to begin his own quest for one of the few major titles to elude him, but after his match launched a bizarre tirade on goings-on behind the scenes. 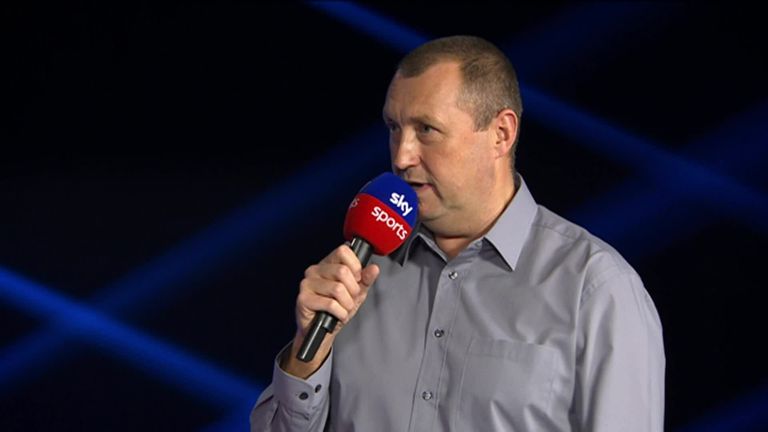 The Flying Scotsman is nursing a knee injury and has played little since losing at the World Grand Prix and he was far from his best against the talented Czech who missed seven darts at double to allow Anderson to claim a 5-3 victory.

But it was after the match that he attracted headlines, telling reporter Michael Bridge: “It’s nice to play darts, you get players snarking in your ear, every time you throw and it always seems to come from the same team, then it gets on your nerves a bit.

“Would I pull out pull out, ‘yeah’ because darts isn’t darts anymore. You need to have a word everyone who watches darts. It’s called gamesmanship, I call it cheating.

“Ask a lot of players and they don’t say anything. I’ll say something. If they are all sniffing they better get their test again – that’s the way I look at it.”

In the other game in the group, Simon Whitlock has been playing some of the best darts of his life of late, and after a first day off in more than a week he produced an impressive display to beat Ryan Searle 5-3. 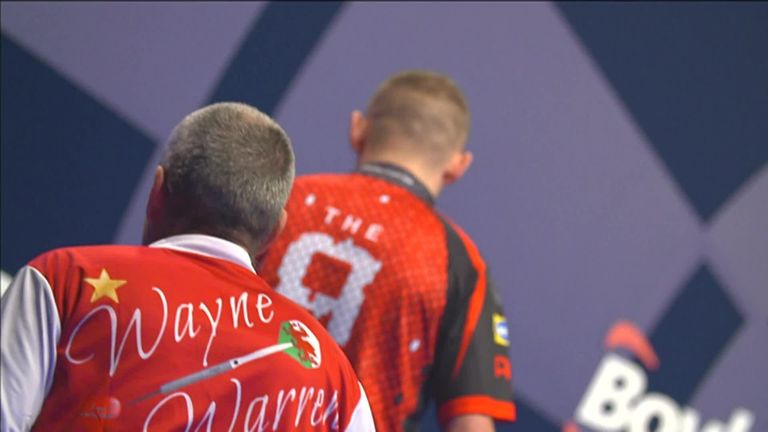 The Wizard has played competitive arrows for nine successive days having reached the quarter-finals of the World Cup with Australia, then qualifying for the Grand Slam after two hours sleep the following day.

He also played all five days at the Winter Series before an overdue day off on Sunday, but he was back on the board with a typically impressive display of finishing as he starts his bid to improve on his status as a three-time quarter-finalist.

James Wade is twice a runner-up in this event and makes no secret of the fact that he loves the longer format, but in the quickfire group stage he made no mistake in overcoming the awkward Damon Heta in Group F. 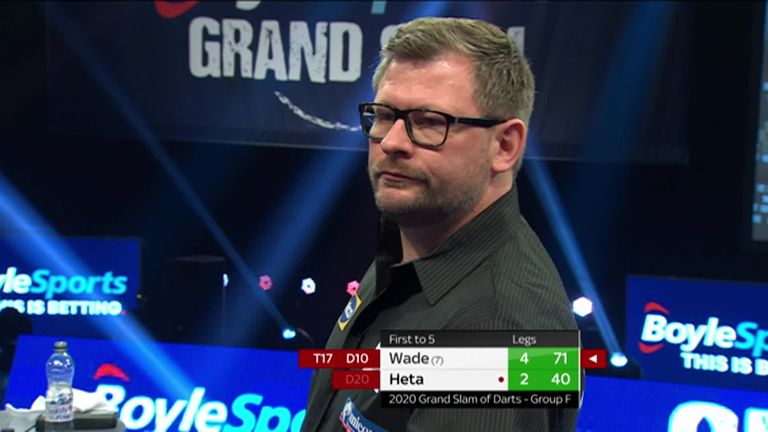 The Aussie has made a blistering start to life on the PDC Tour but had no answer to Wade’s 102 average that helped him to a 5-2 victory over the Aussie.

Wade will next face Jermaine Wattimena after he shocked an out of sorts Glen Durrant who is continuing to return action after a positive coronavirus test a couple of weeks ago. 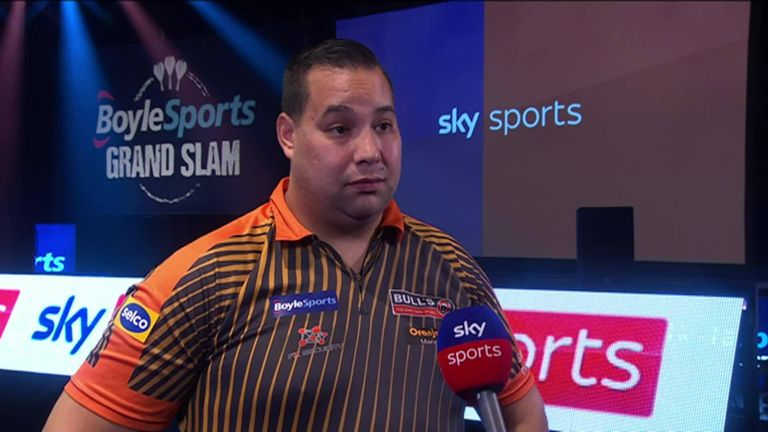 Premier League champion Durrant tweeted about lacking form and confidence and it showed as Wattimena, who took the final place on offer after a consistent showing at the Winter Series, proved too strong with a 5-1 victory.

It means Duzza will face Heta with both knowing a win might be crucial to keeping their hopes alive.

Cross, Chisnall and Aspinall win but Dimitri steals the show 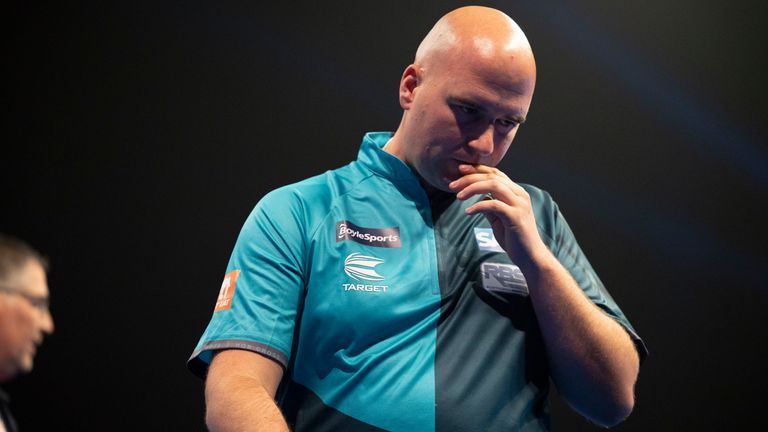 A 94 average from Cross was enough for him to put a dismal Winter Series behind him and start in impressive fashion with a 5-1 win over Justin Pipe. Bar a run to the final at the European Championship, Voltage has been well below his best this year, but he was too strong for The Force.

In the other game in the group 2014 runner-up Chisnall came from 3-2 down to defy a 97 average and beat Luke Humphries 5-4 in a game that featured 28 missed darts at double, including two for the match in the final leg from Humphries. 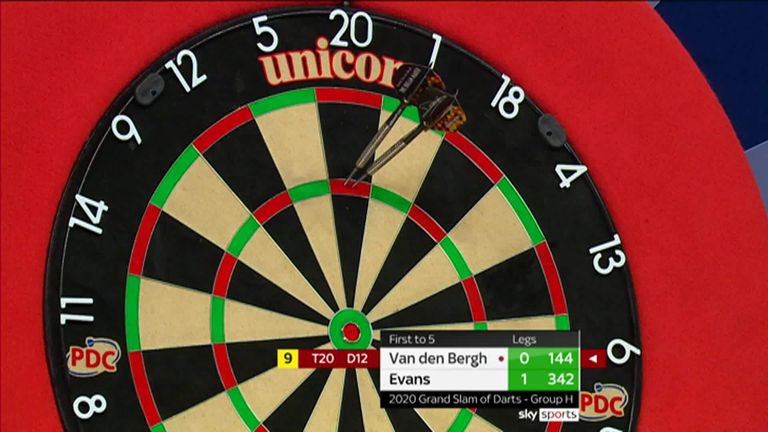 Former UK Open champion and Premier League runner-up Aspinall has won just one of his previous six matches in two trips to the Grand Slam and he matched that with a 5-0 demotion of the reigning BDO world champion Wayne Warren.

But it was World Matchplay champion Van den Bergh who stole the show with the performance of the first round to blow away ‘Rapid’ Ricky Evans with the highest recorded average in the tournament’s history. 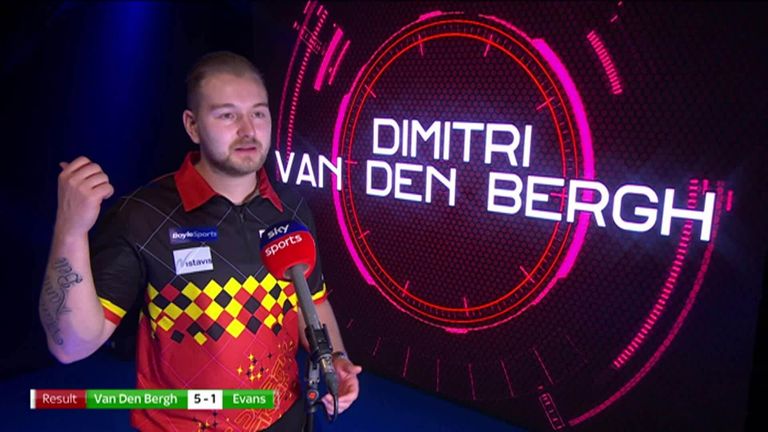 The Belgian needed just 78 darts to see off Evans, and that included him going eight darts of the way to a perfect nine-dart leg before wrapping up a 5-1 win with a 114.85 average, bettering the mark set by Phil Taylor.