Here, the PA news agency hands out end-of-term grades as the bell rings on the Games. 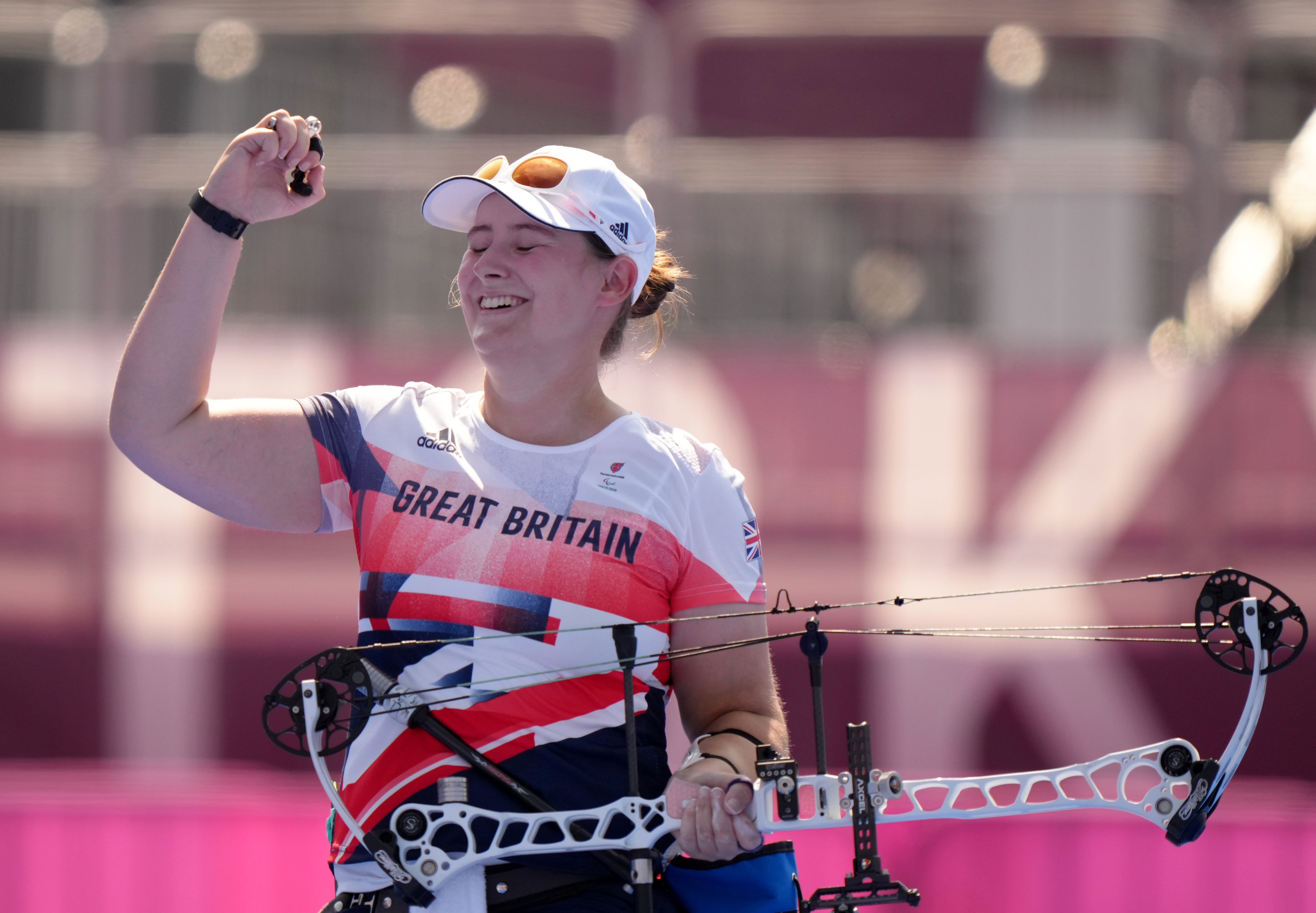 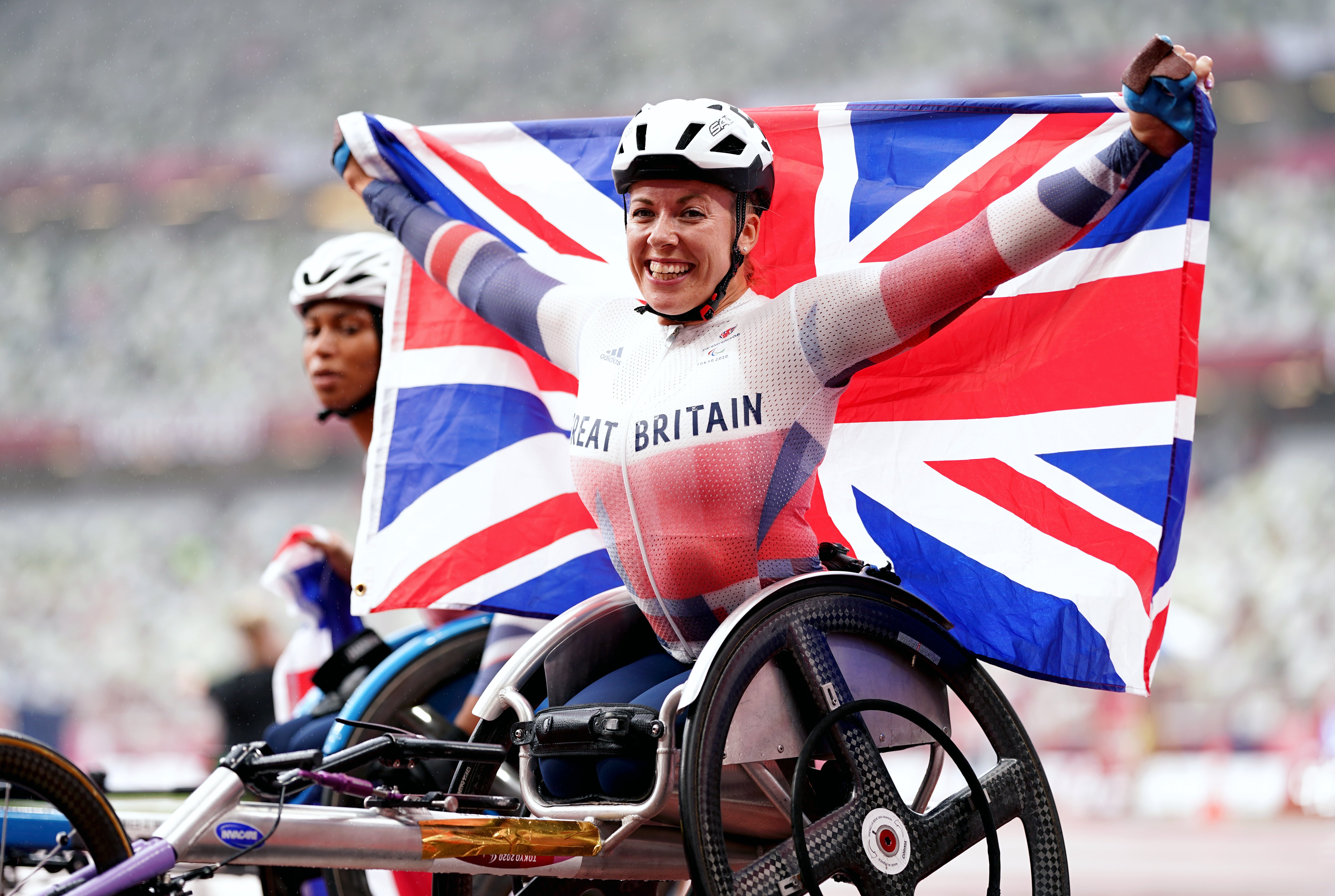 Double gold for wheelchair racer Hannah Cockroft spearheaded Britain’s track and field campaign, while Jonnie Peacock’s joint bronze in an exhilarating T64 100m final – which included a four-man photo finish – was arguably the standout moment. GB dropped from third to fifth in the medal table from 2016, with nine golds and a total haul of 24. Thomas Young’s stunned reaction to storming to T38 100m gold on his Games debut was also unforgettable but, overall, there was possibly expectation for more. 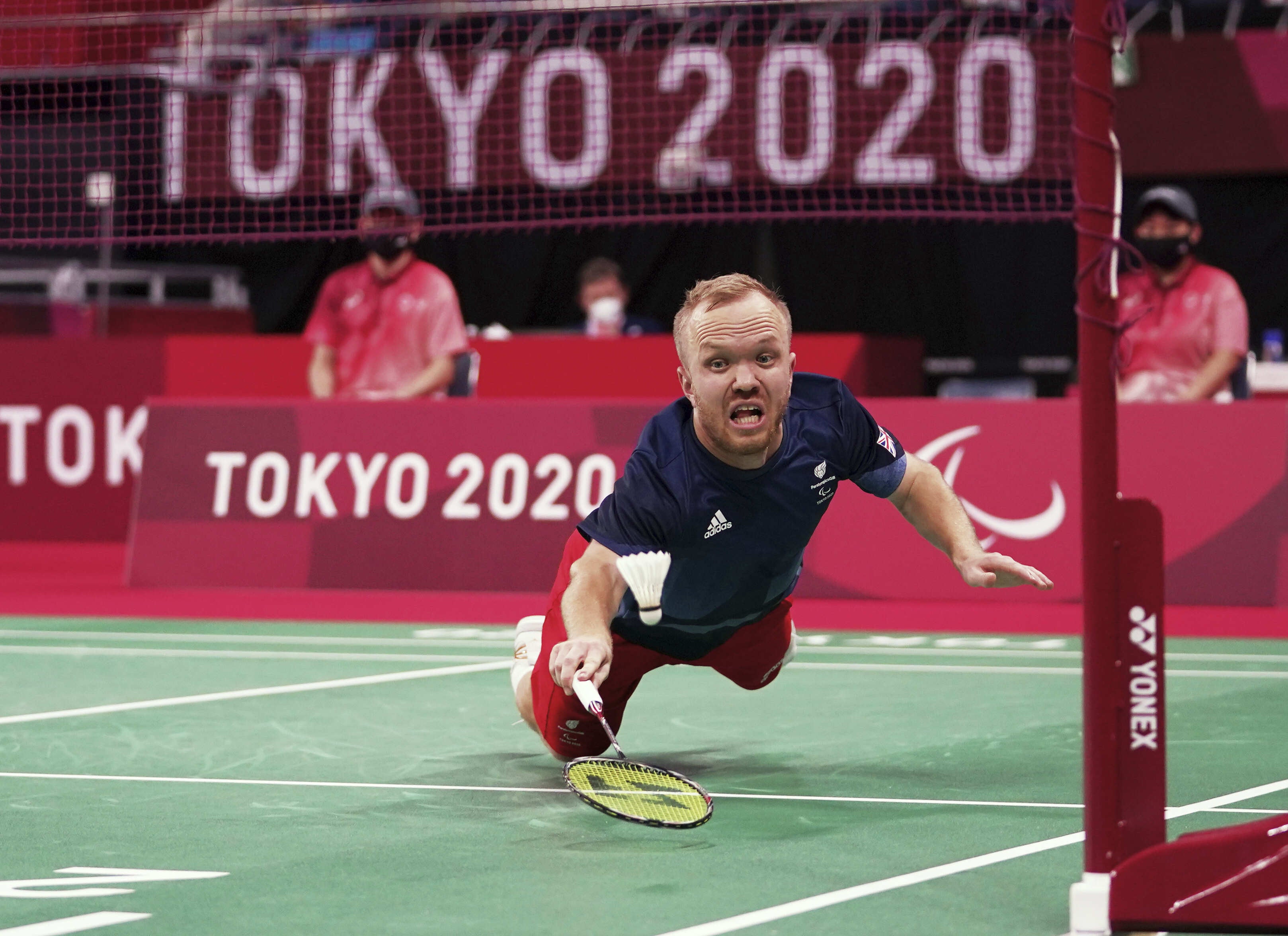 GB brought home two medals from a sport which was a new addition to the Paralympic programme. Badminton bronze for Krysten Coombs in the SH6 class brought down the curtain on Britain’s Games. That came day after team-mate Daniel Bethell made a small piece of shuttlecock history, claiming silver following defeat in the SL3 final to India’s Pramod Bhagat. The British team finished joint eighth in the racket sport’s overall standings. Coombs said he hoped his achievement would “inspire other kids with dwarfism”. 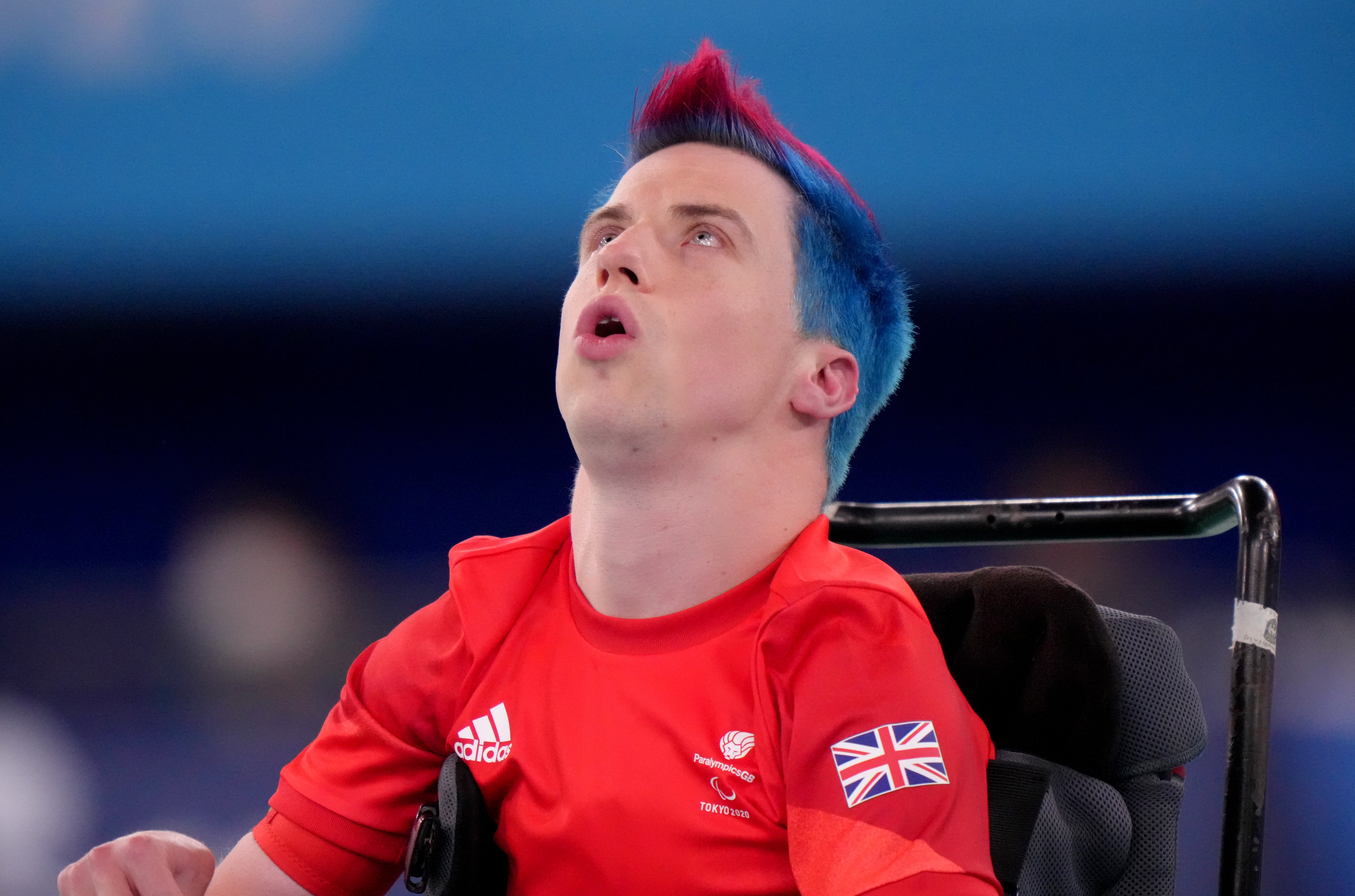 The newly crowned ‘Cristiano Ronaldo of Boccia’, David Smith, surpassed his idol Nigel Murray as his country’s most successful player. Smith – sporting a distinctive red and blue mohawk – claimed the BC1 individual title for the second successive Games after a tense comeback win in the final. His enthralling triumph, which he felt was helped by the supernatural presence of his late grandfather, Charlie, reportedly attracted a UK television audience of around one million. It was also Britain’s only boccia medal. 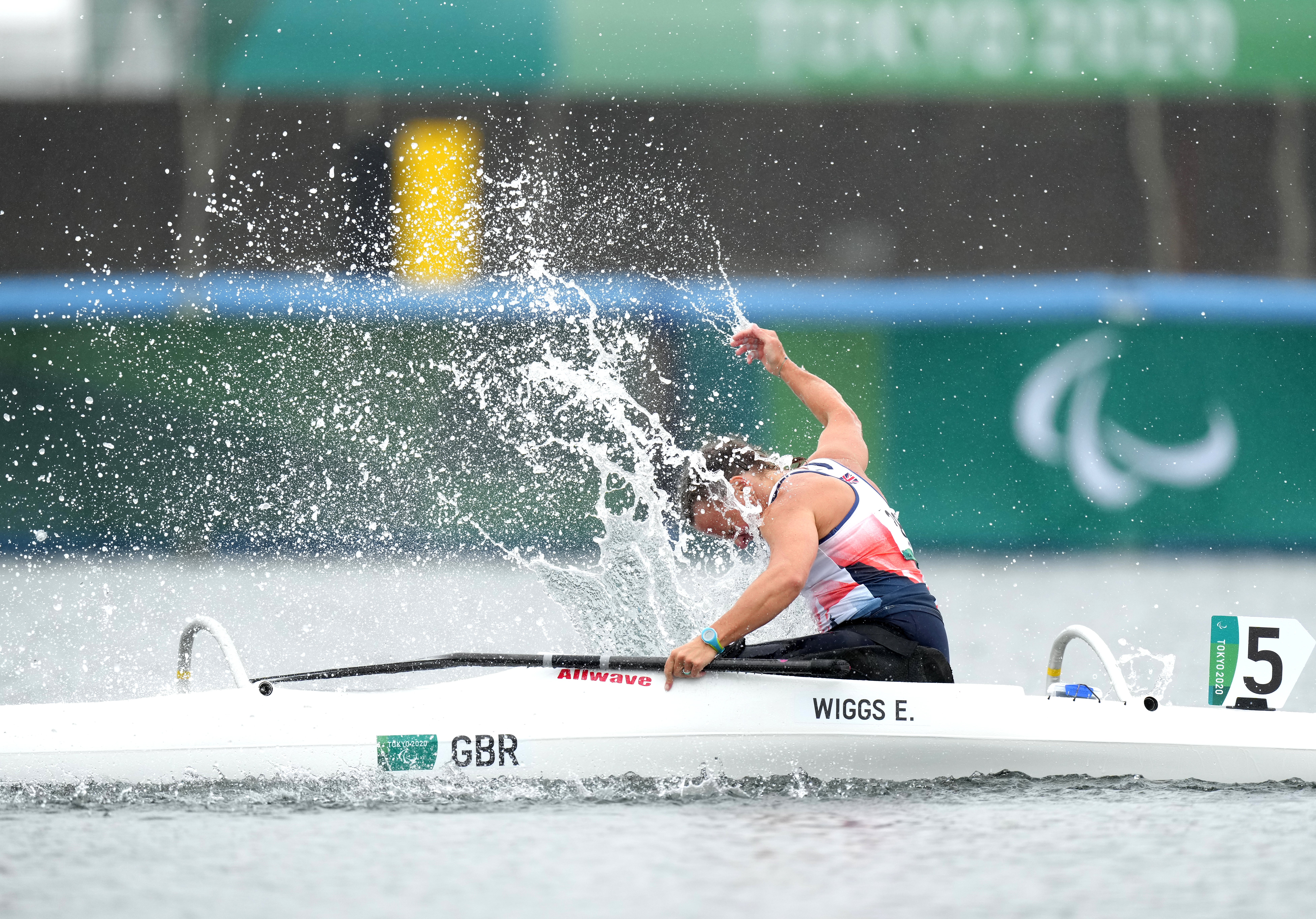 Tears and rain flowed on two successive days at Sea Forest Waterway. GB were the sport’s commanding force, with a total of seven medals. Emotional Emma Wiggs took gold in the inaugural VL2 va’a event, with Charlotte Henshaw and Emma Sugar also triumphing having each switched sports since Rio 2016. A farewell bronze for Robert Oliver, who is returning to work as an aerospace engineer, was another standout moment after his right leg was amputated following a horrifying tackle in amateur football. 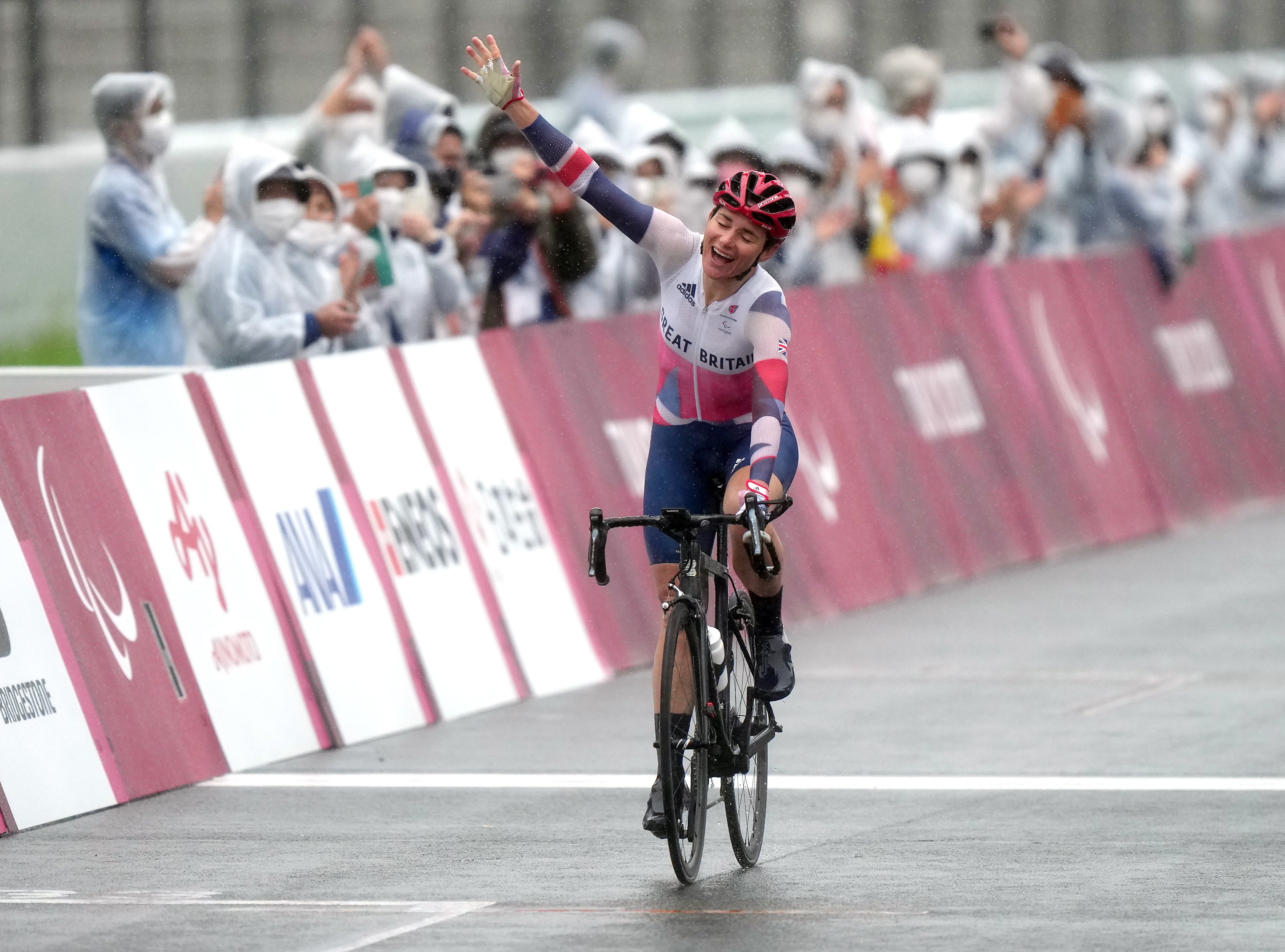 Dame Sarah Storey led the way as Britain once again dominated on two wheels – topping the table with a remarkable 24 medals. Storey became her country’s most successful Paralympian with 17 golds after winning three of the team’s 11 titles. Quick-fire track golds for visually impaired husband and wife Neil and Lora Fachie, and a sensational team sprint triumph for Kadeena Cox, Jaco Van Gass and Jody Cundy were other major highlights. 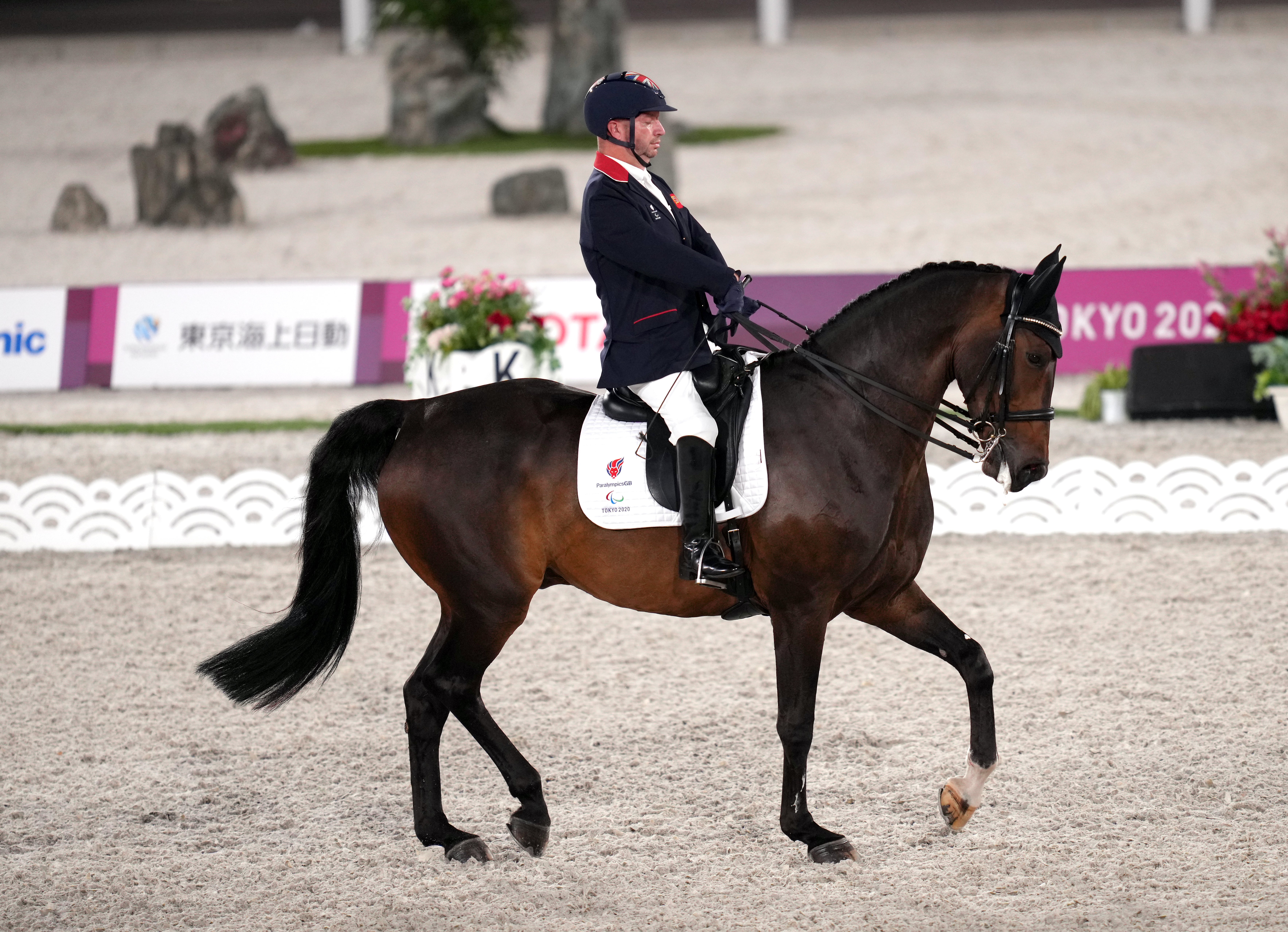 GB maintained their record of being equestrianism’s leading light by topping the table for the seventh successive Games. Sir Lee Pearson travelled to Tokyo with inexperienced homebred horse Breezer and subsequently cantered to three titles to move on to 14 career golds. Natasha Baker and Sophie Wells, who won the team event alongside Pearson, also contributed three individual silvers combined, while Games debutant Georgia Wilson – a late replacement for Sophie Christiansen – chipped in with a pair of bronzes.

Britain failed to win a judo medal in Brazil but made amends on this occasion with a stunning first gold since 1996. Chris Skelley claimed it. Around 11 years on from the devastating deterioration of his eyesight, he cried uncontrollably at Nippon Budokan. The former apprentice mechanic and passionate rugby player – whose former coach Jeff Brady died less than three weeks before the start of the Games – later received a message of congratulations from hero Jonny Wilkinson. His triumph in the B2 -100kg final followed B3 -90kg silver for Games debutant Elliot Stewart, who was born in 1988, the same year his father Dennis won Olympic judo bronze in Seoul. 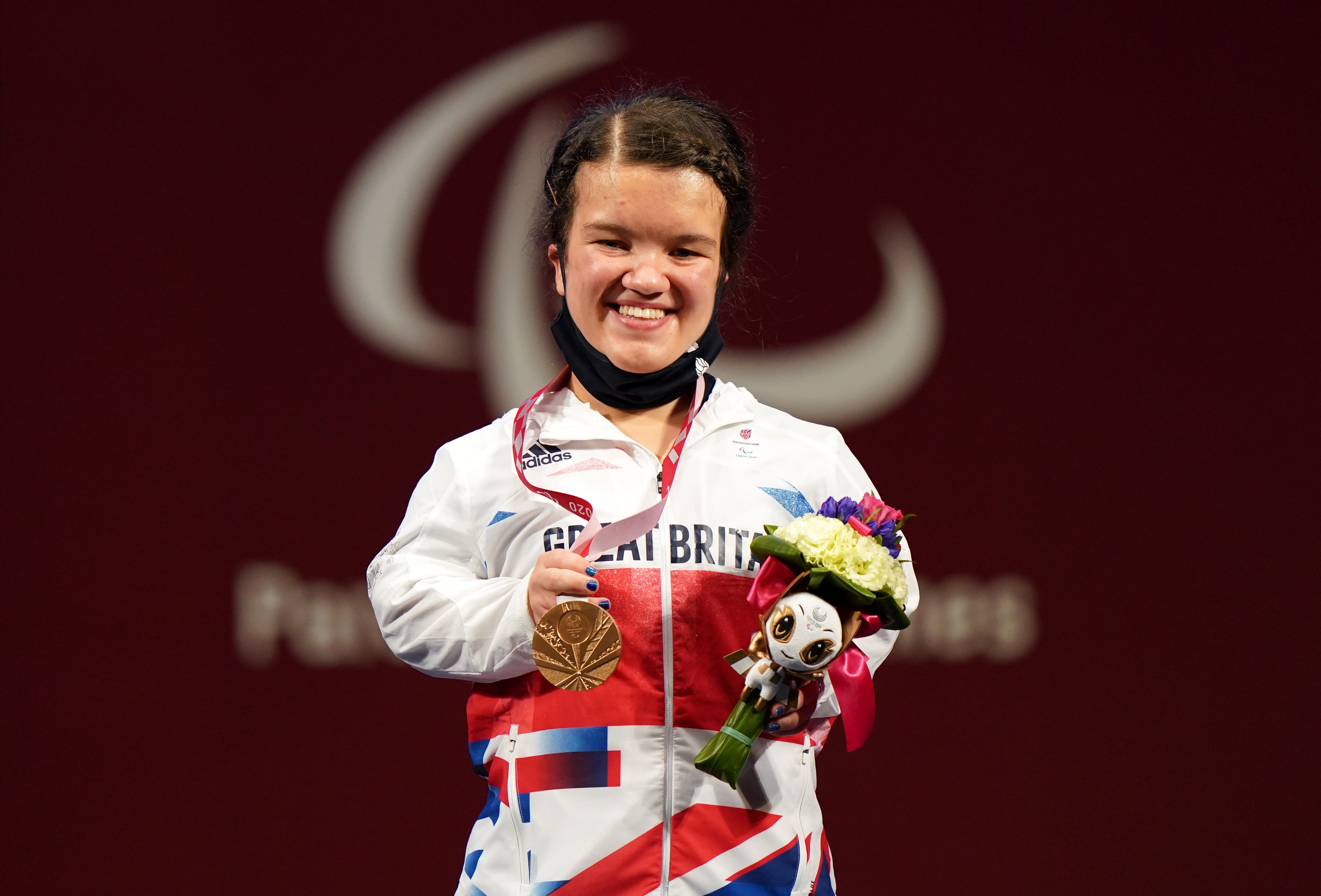 A sport which perhaps lacks the glamour of others and often goes under the radar brought a trio of bronzes for GB. Olivia Broome, Louise Sugden and Afghanistan veteran Micky Yule each excelled at Tokyo International Forum. Rio silver medallist Ali Jawad missed out on the podium but provided an inspiring story after defying odds just to be in Japan after his body was ravaged by Crohn’s disease. 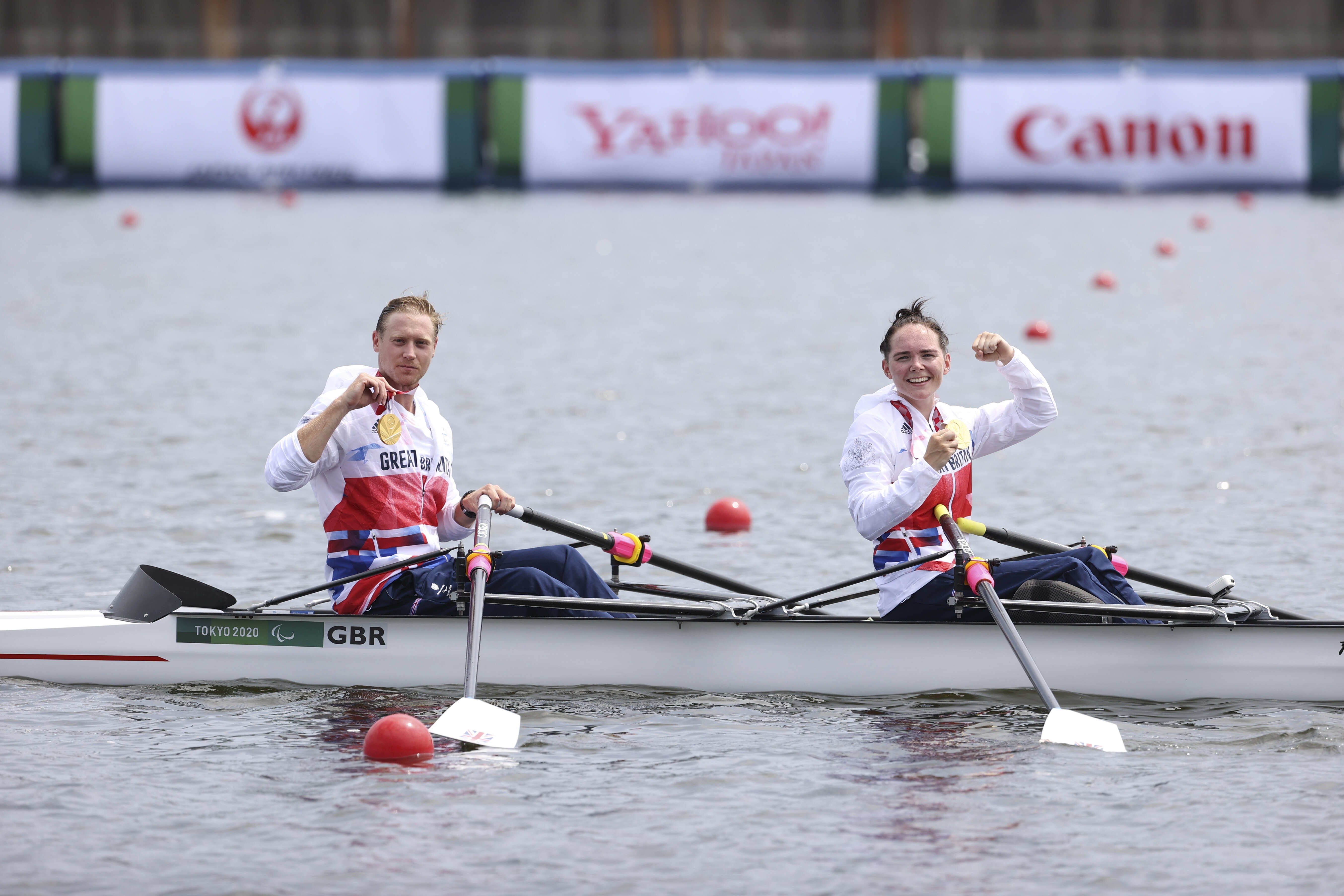 Three events entered, two golds won. Britain’s small squad of rowers emulated their table-topping exploits of five years ago courtesy of a glorious morning on day five of the Games. Laurence Whiteley made it a 30th birthday to remember by retaining the PR2 mixed double sculls title alongside Lauren Rowles. That was swiftly followed by success for the PR3 mixed coxed quartet of Ellen Buttrick, Giedre Rakauskaite, James Fox and Ollie Stanhope, plus cox Erin Kennedy. 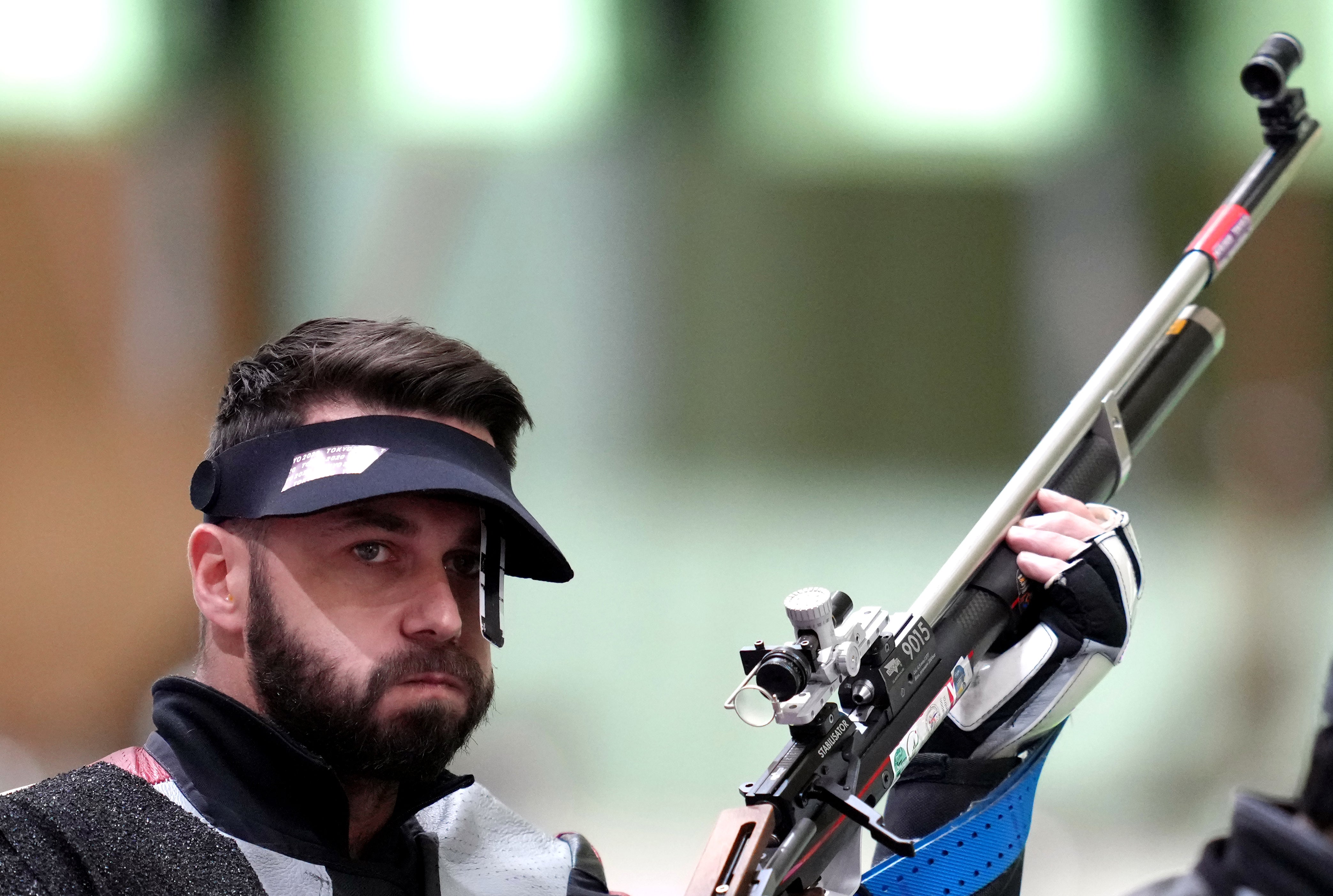 The only sport with British participation which did not yield a medal. GB’s shooters – which this time was a team of seven – have now gone two successive Games without troubling the podium, having previously won a silver and two bronze at London 2012. Matt Skelhon was responsible for two of those medals on home soil nine years ago. He and partner Issy Bailey each failed to progress through qualifying in their events. Tim Jeffrey and Ryan Cockbill were the only two to make finals, with the former doing so in each of his three disciplines. With so many events in the pool, medal successes were inevitable. Britain won 26 in total, including eight golds, but lagged behind rival countries finishing seventh overall – as well as being 19 down on Rio. Games debutants Maisie Summers-Newton and Reece Dunn were the major success stories, picking up two golds apiece. Action at the Tokyo Aquatics Centre also marked the end of an era, with the two Ellies – Simmonds and Robinson – each poised for Paralympic retirement, while Alice Tai was a notable absentee due to injury.

There was no benchmark for Britain as the Korean martial art was making its Paralympic debut. Of the three fighters on show, two claimed podium places. In just her second international competition, Beth Munro was left “on cloud nine” following a superb silver in the K44 -58kg class – securing GB’s historic first Paralympic taekwondo honour in the process. World champion Amy Truesdale added to the medal table but had to settle for bronze in the K44 +58kg division after her bid for gold ended with a semi-final loss to eventual champion Guljonoy Naimova. 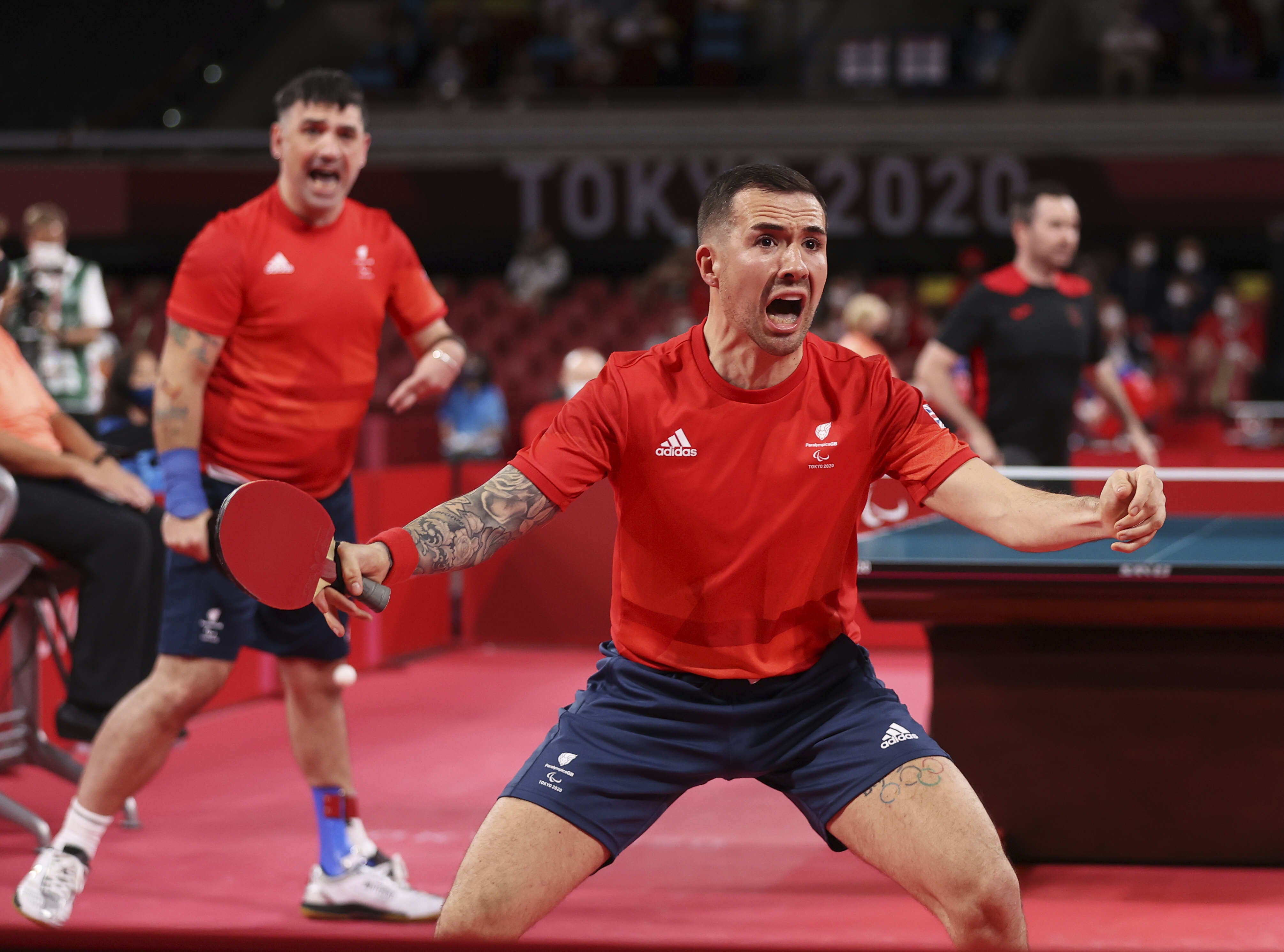 Britain’s table-tennis players secured plenty of medals, albeit none of them gold. There were seven in total, including a pair of silvers – in singles and doubles – for star name Will Bayley, who fought back from a serious knee injury suffered on Strictly Come Dancing to be in Japan and was reigning class seven champion. Welshman Paul Karabardak finally reached the podium – on his fourth Paralympic appearance – claiming class six bronze and then second spot alongside Bayley. 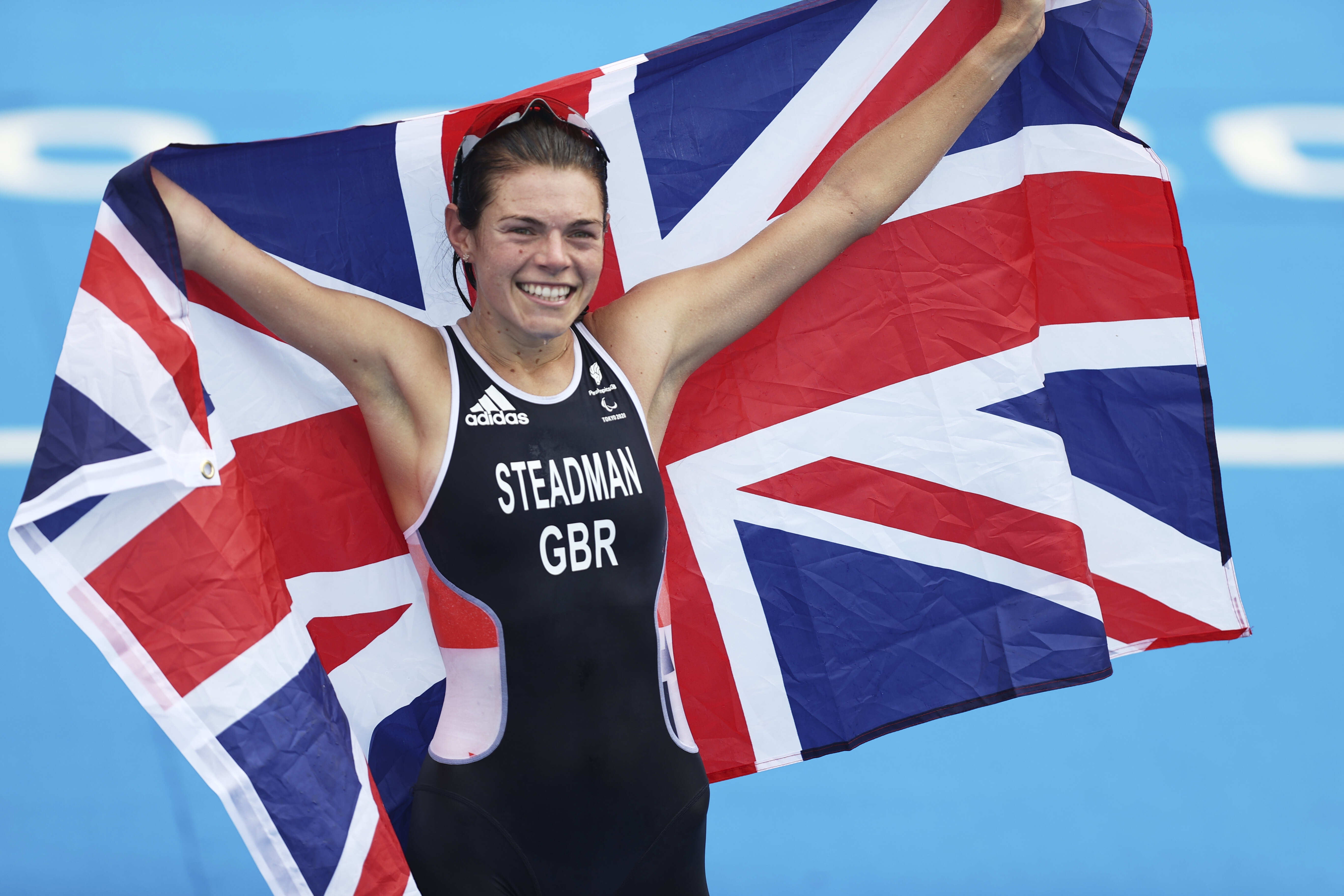 Redemption for Lauren Steadman was the headline for Britain’s triathletes. On day five, GB secured a glittering full complement of medals, with former Strictly star Steadman upgrading the PT4 silver she won in Rio five years ago to PTS5 gold. Claire Cashmore completed the podium in that race, while George Peasgood earlier won men’s silver. Steadman was favourite for gold in Brazil five years ago but suffered major disappointment after making an error in the swim section. The team’s total was one silver down on their 2016 exploits. 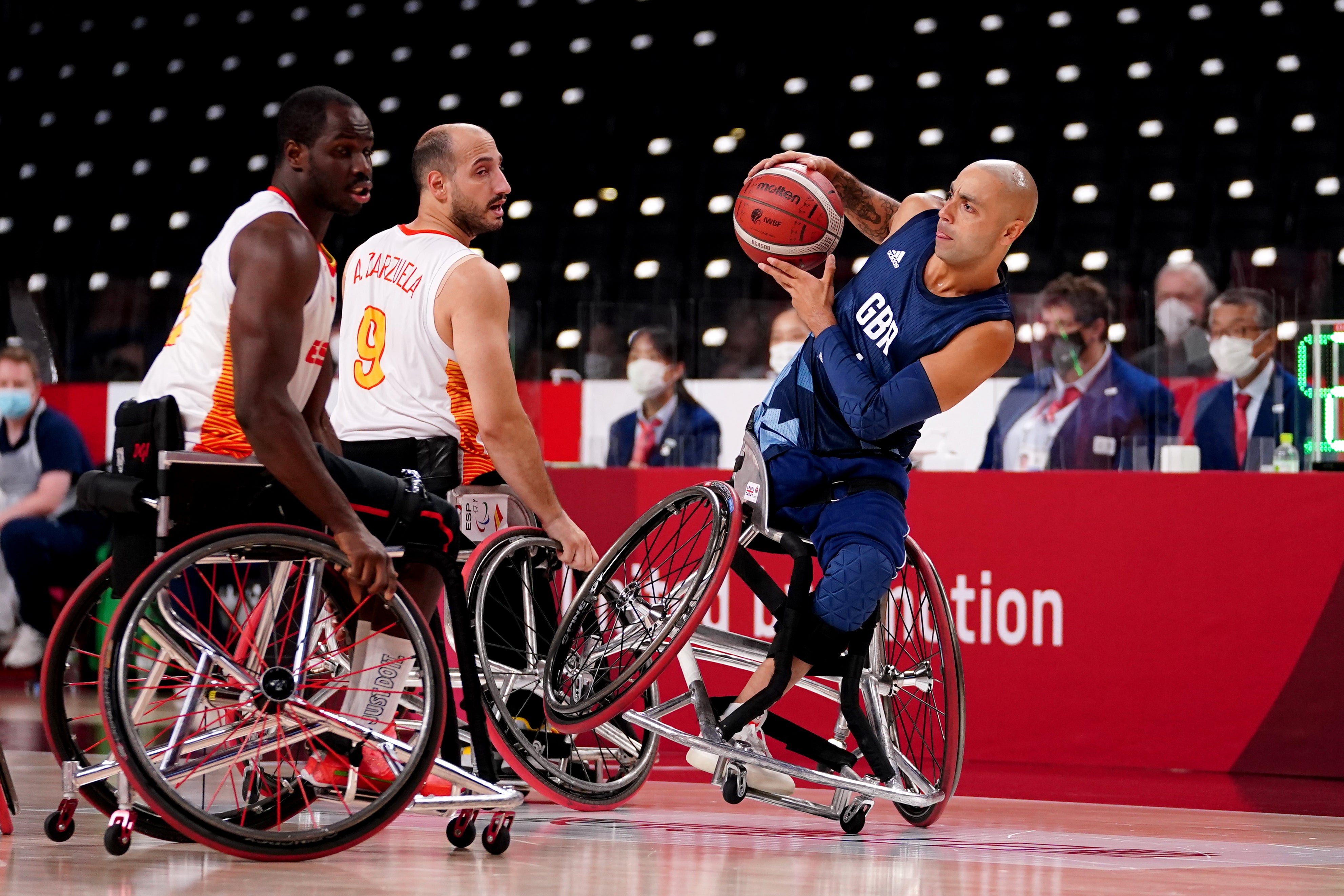 GB’s wait for a basketball gold goes on. The men’s team – who were hindered by the absence of head coach Haj Bhania after he tested positive for Covid-19 prior to departure –  at one stage looked set to end that record but eventually salvaged bronze for the second successive Games. Coached by free-scoring Gaz Choudhry, GB’s victory over Spain on the final day of action followed the heartache of a semi-final in which they were outclassed by hosts Japan. For the women, it was a Games to forget. They have never won a medal in the sport and finished seventh of 10 teams. 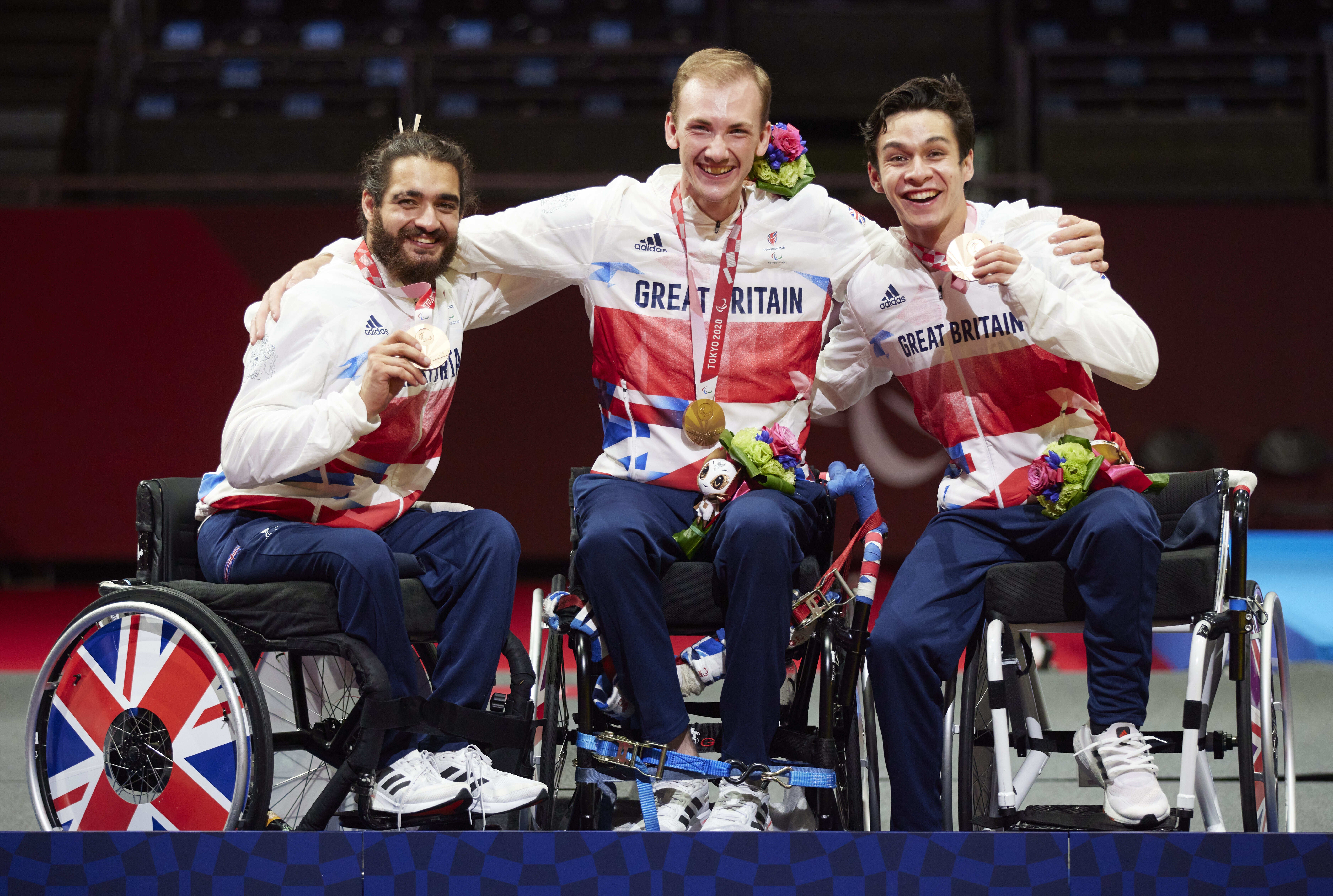 In a sport dominated by China, Britain made giant strides. Piers Gilliver’s epee silver in Rio five years ago was his country’s only medal in the preceding six Games. This time the team returned home with five. Gilliver was a cut above as he upgraded second spot on the podium from five years ago to gold. He also combined with Dimitri Coutya and Oliver Lam-Watson to take silver in the team foil and bronze in the team epee. A further two third-placed finishes for Coutya – in epee and foil – added to the collective total.

Britain stormed to an historic first medal in the mixed-gender sport by claiming gold. The European champions defeated three-time winners the United States 54-49 in a tense final. Britain had previously lost bronze-medal play-offs at the 1996, 2004 and 2008 Games. Victory in a game dubbed ‘Murderball’ due to a 2005 film was GB’s first Paralympic gold in a team sport. The feat captured the imagination of many back home and will be an enduring memory of the Games. 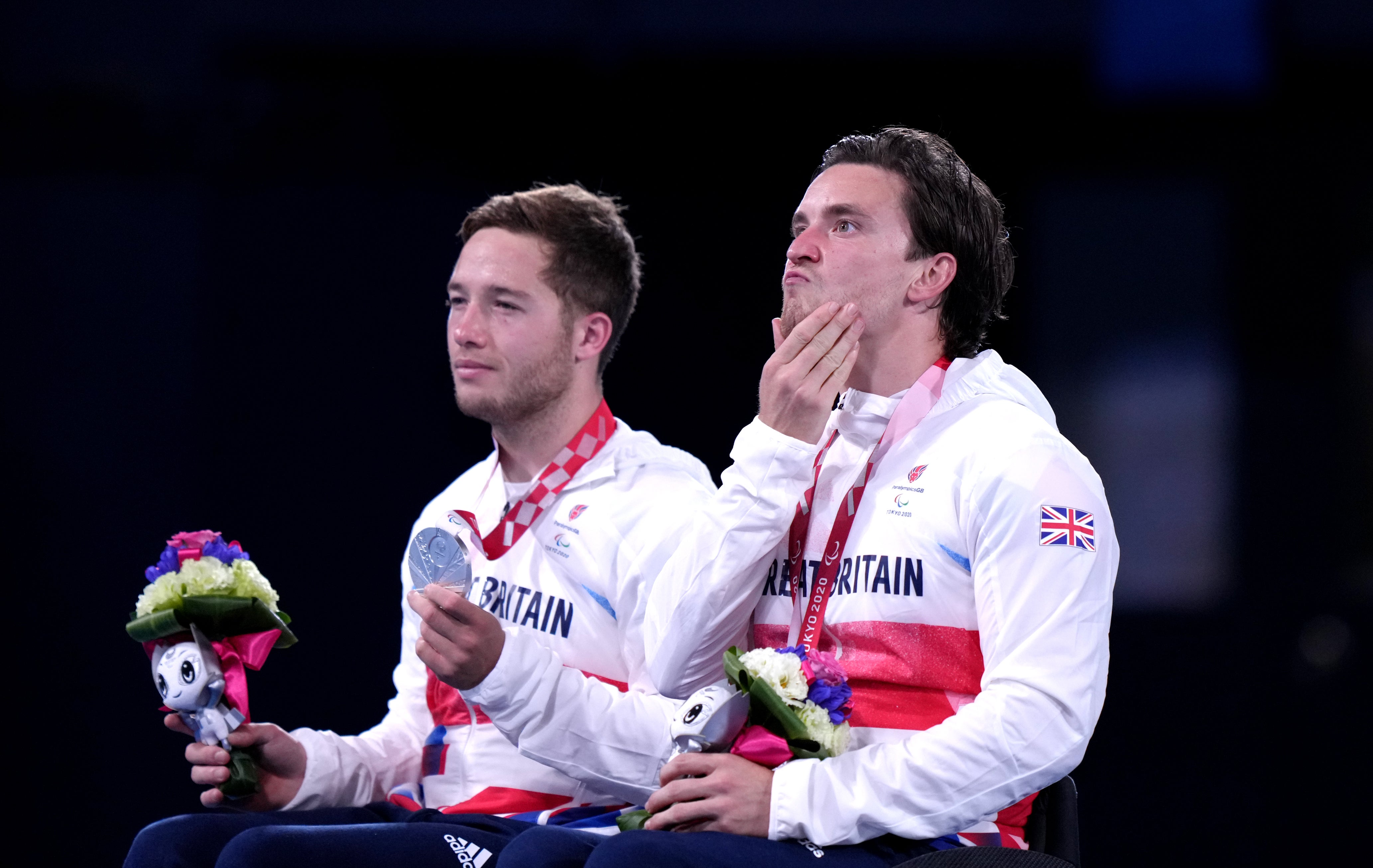 GB won four medals at Ariake Tennis Park but were fifth in the table due to the absence of a gold. Devastation was etched on the faces of Gordon Reid and Alfie Hewett following a second successive doubles final defeat to French duo Stephane Houdet and Nicolas Peifer. Hewett looks unlikely to return to the Paralympics due to fresh classification criteria. The following day deposed singles champion Reid took individual bronze by beating his team-mate. Bronze for Jordanne Whiley in the women’s draw was followed by doubles silver with partner Lucy Shuker.