HARRY KANE was cheered on by his very own Three Lions ahead of England's showdown with Germany.

The Spurs striker is ready to spearhead England's bid to take down their rivals at Wembley on Tuesday night. 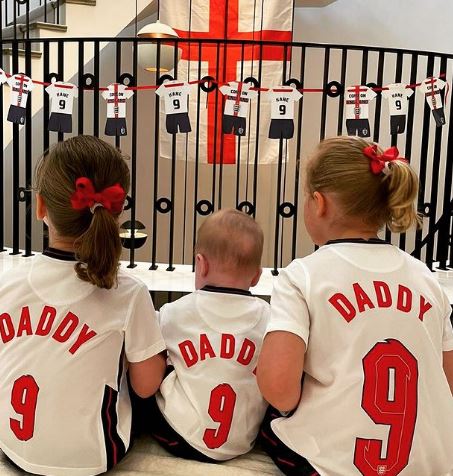 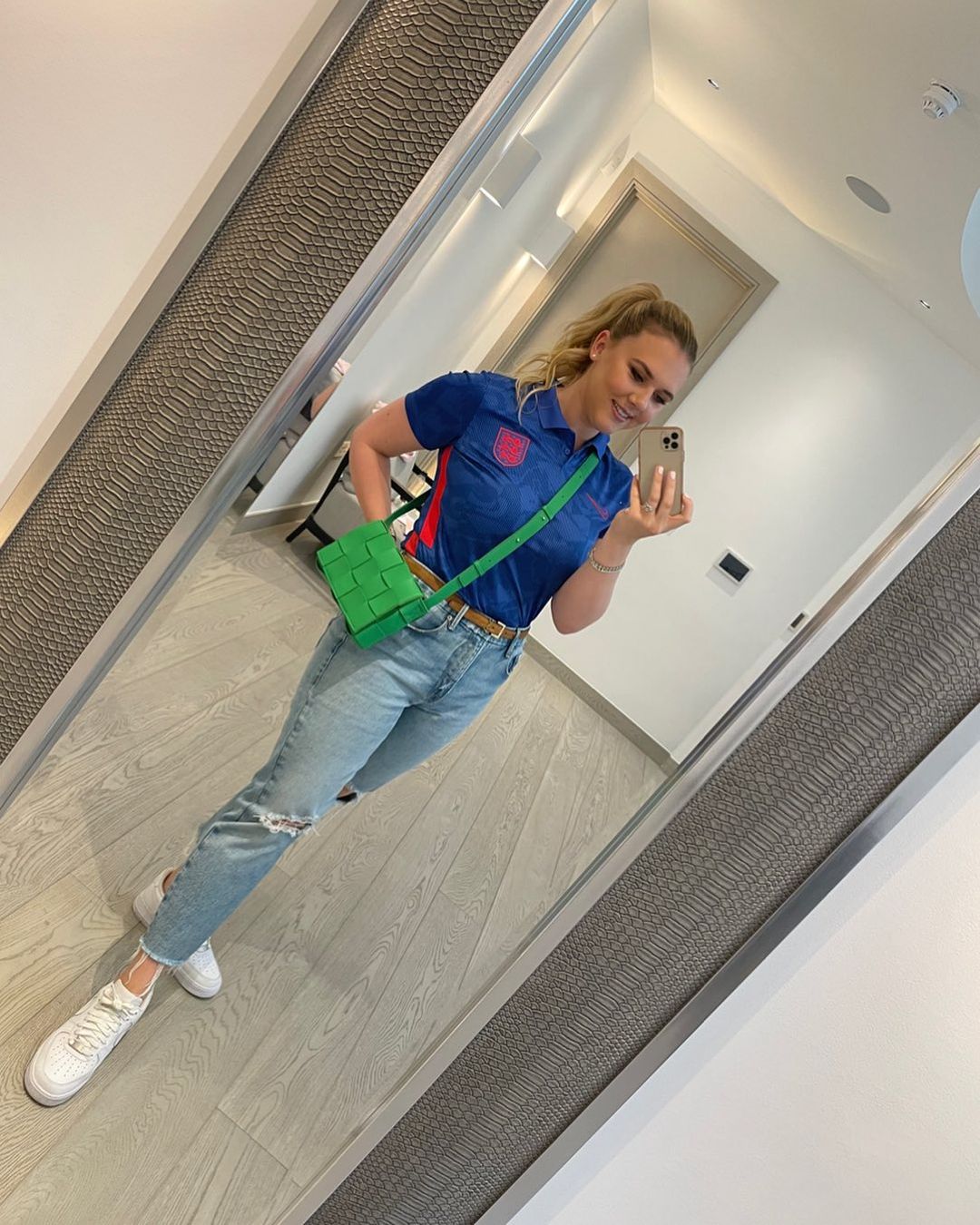 Kane has a whole nation cheering him on as he looks for a first goal in the tournament.

And he has an adoring army of followers at home as well.

His wife Kate posted a picture on Instagram of their kids with the caption "we love you daddy".

All three were wearing England shirts with the number nine on the back and name 'daddy' printed.

The children – four-year-old Ivy, two-year-old Vivienne, and five-month old Louis – were all in the spirit ahead of England's major showdown with Germany.

Harry and Kate married in 2019 having been engaged for two years.

The childhood sweethearts have been together since 2012 and Kate is a former fitness instructor.

Spurs forward Harry, 27, is yet to score at Euro 2020 and also has speculation over his club future to worry about. 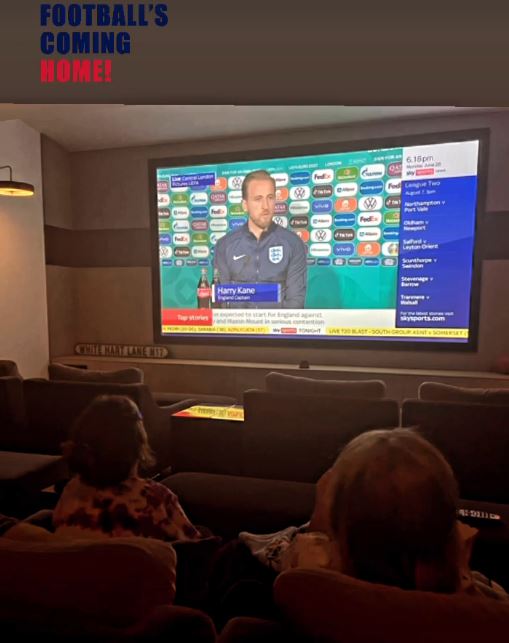 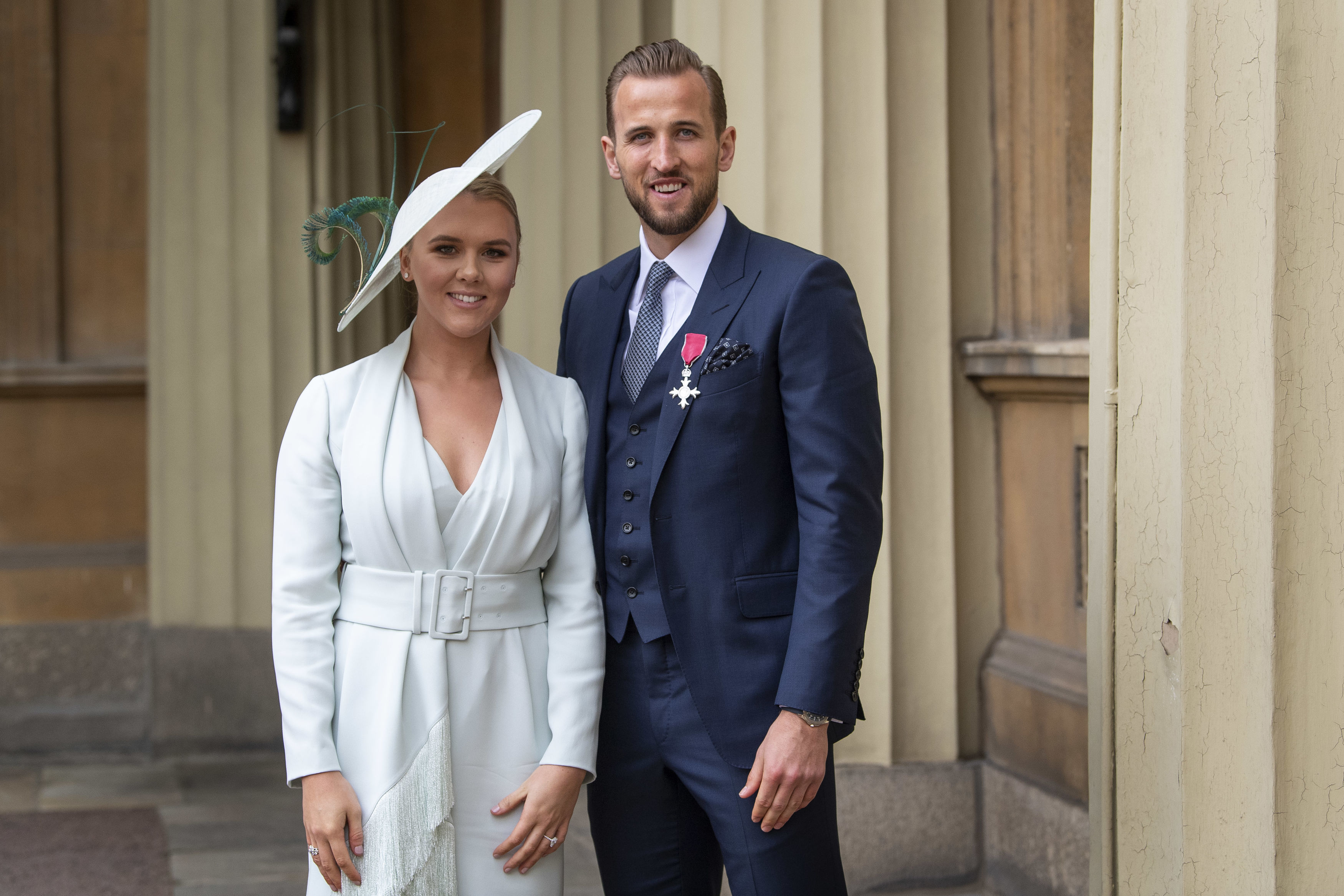 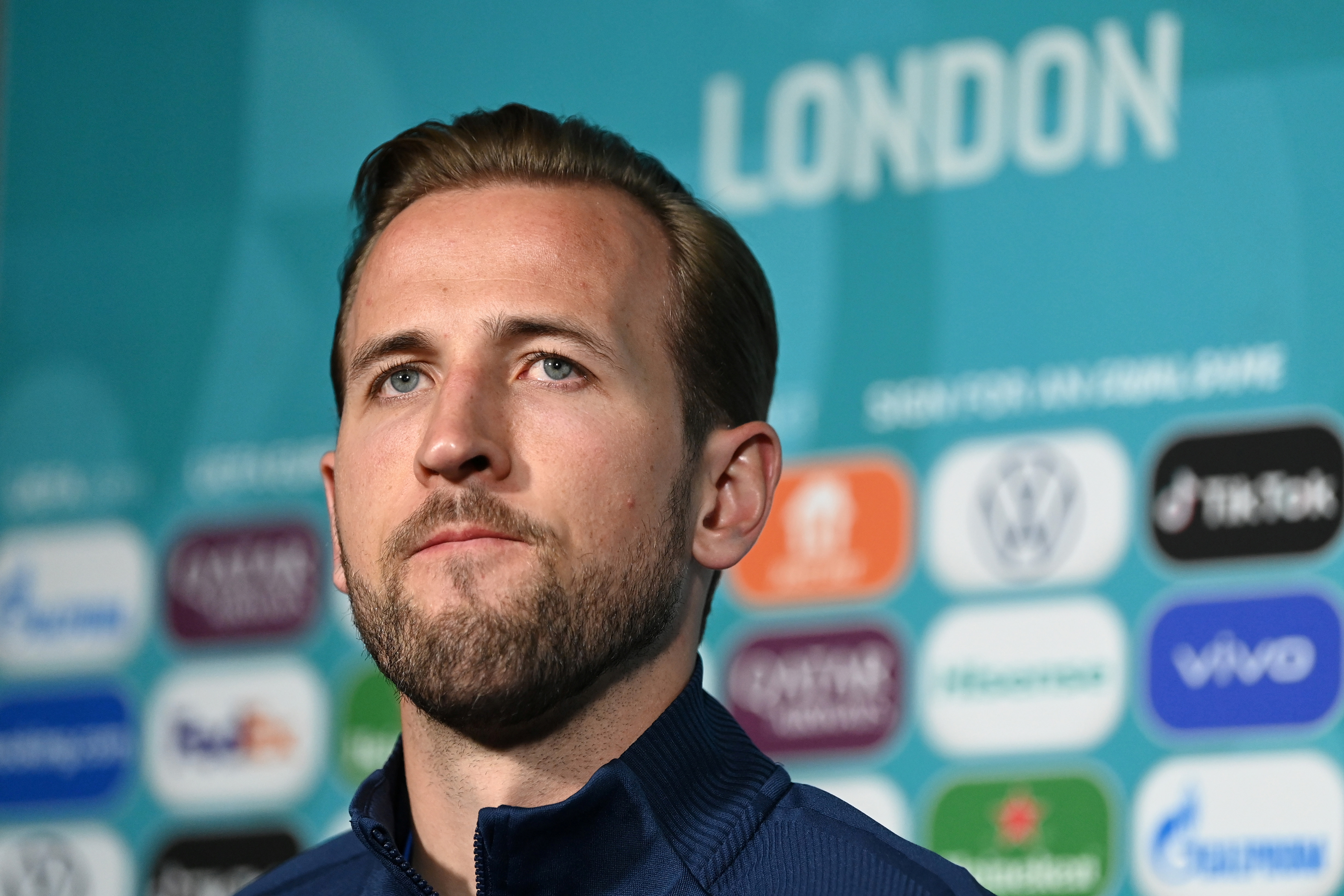 Before Euro 2020 kicked off, Kane made clear his desire to leave Spurs this summer — but despite a £100million bid from Manchester City, he says he has had no conversations about his club future during the tournament.

There have been suggestions that uncertainty over his future might be affecting his form but Kane is adamant he is solely focused on Tuesday’s last-16 clash with Germany.

The striker, 27, said: “It’s not concerned me at all. When I come away with England, I’m just fully focused on England.

“My brother is my agent but the only time I’ve spoken to him over the last few weeks, it was just ‘good luck, let’s get a win and let’s take England all the way’.

“So it doesn’t bother me about the outside noise. When I’m here, I’m with the boys. I try to help them, be a leader in the team.

“I need to get to know the boys, see what makes certain players tick, so I feel like I’ve got enough on my plate to worry about anything outside of England.

“That’s probably the case in this tournament so far but as long as I’m focused, I’ve got the self-belief I have and I’m not worried about anything else.”

Asked whether he had seen any of the Spurs managerial speculation, he said: “I just keep myself to myself.

“I watch my series, I’m on series three of Game of Thrones now, or I’m with the boys playing pool or table tennis. I just try to stay away from it all.

“When you are in tournament mode, sometimes it’s easy to get caught up with other stuff but the experience I’ve had in the last few tournaments is just to focus on this and leave no regrets.”