SLAVEN BILIC can probably count himself a little unlucky.

The Croatian manager has been sacked by Premier League strugglers West Brom, despite the club being just two points from climbing out of the relegation zone. 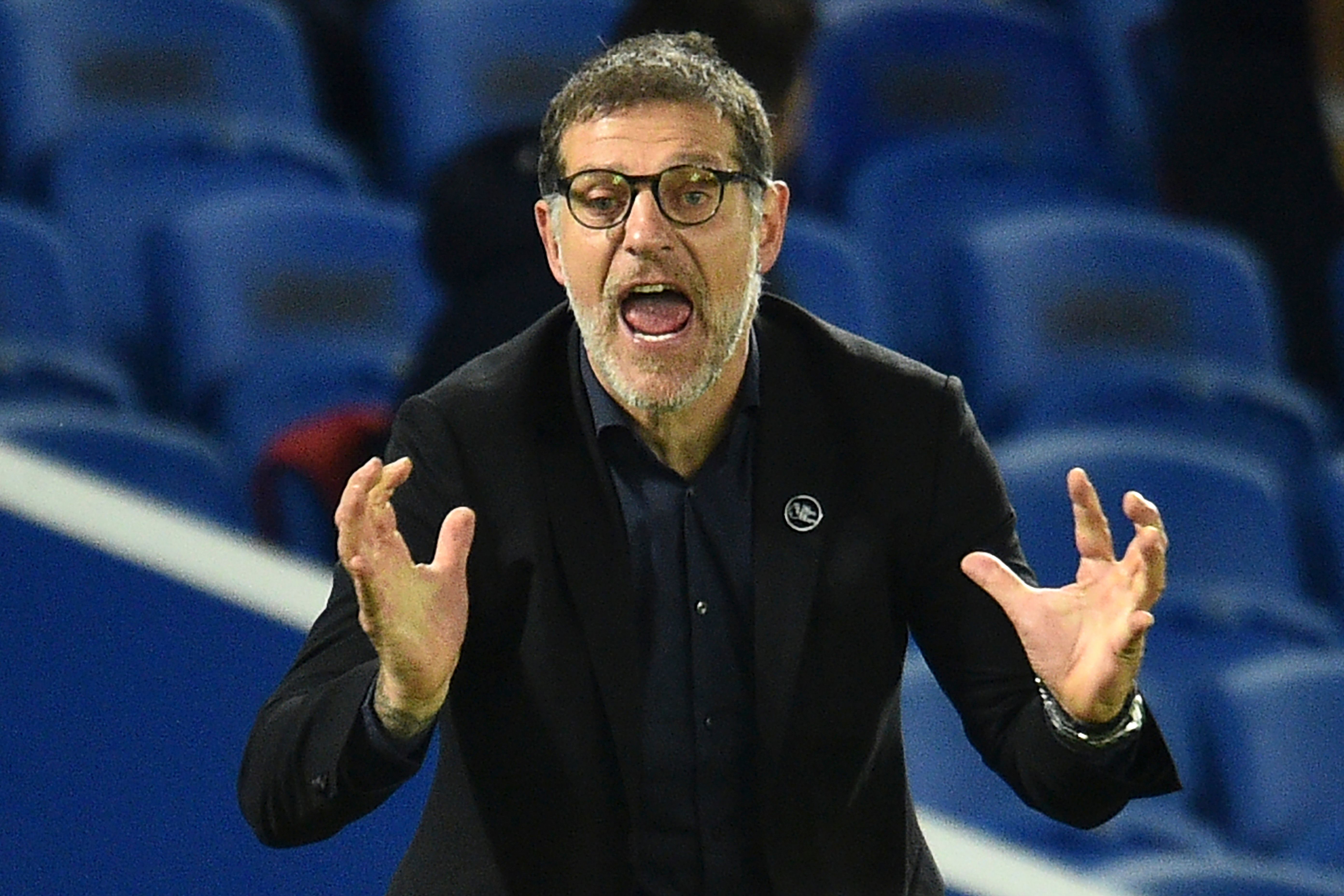 Even getting an impressive point away at Manchester City wasn't enough for Bilic, who managed to gain promotion for the Baggies last term.

But he's not the only football manager that might've felt hard done by when they were shown the door.

The Chelsea legend was famous for his screamer after just 42 seconds of the FA Cup final in 1997 against Middlesbrough.

But he exceeded his talents as manager of the club for the eight months he was there.

He took over from Andre Villas-Boas in 2012, and within two months had won the FA Cup, as well as the Champions League – Roman Abramovich's holy grail.

However, the following season, when form dipped and Chelsea crashed out of the group stages of the Champions League, Di Matteo was told his services weren't needed anymore.

He was replaced by Rafa Benitez, who never won over the Stamford Bridge faithful. 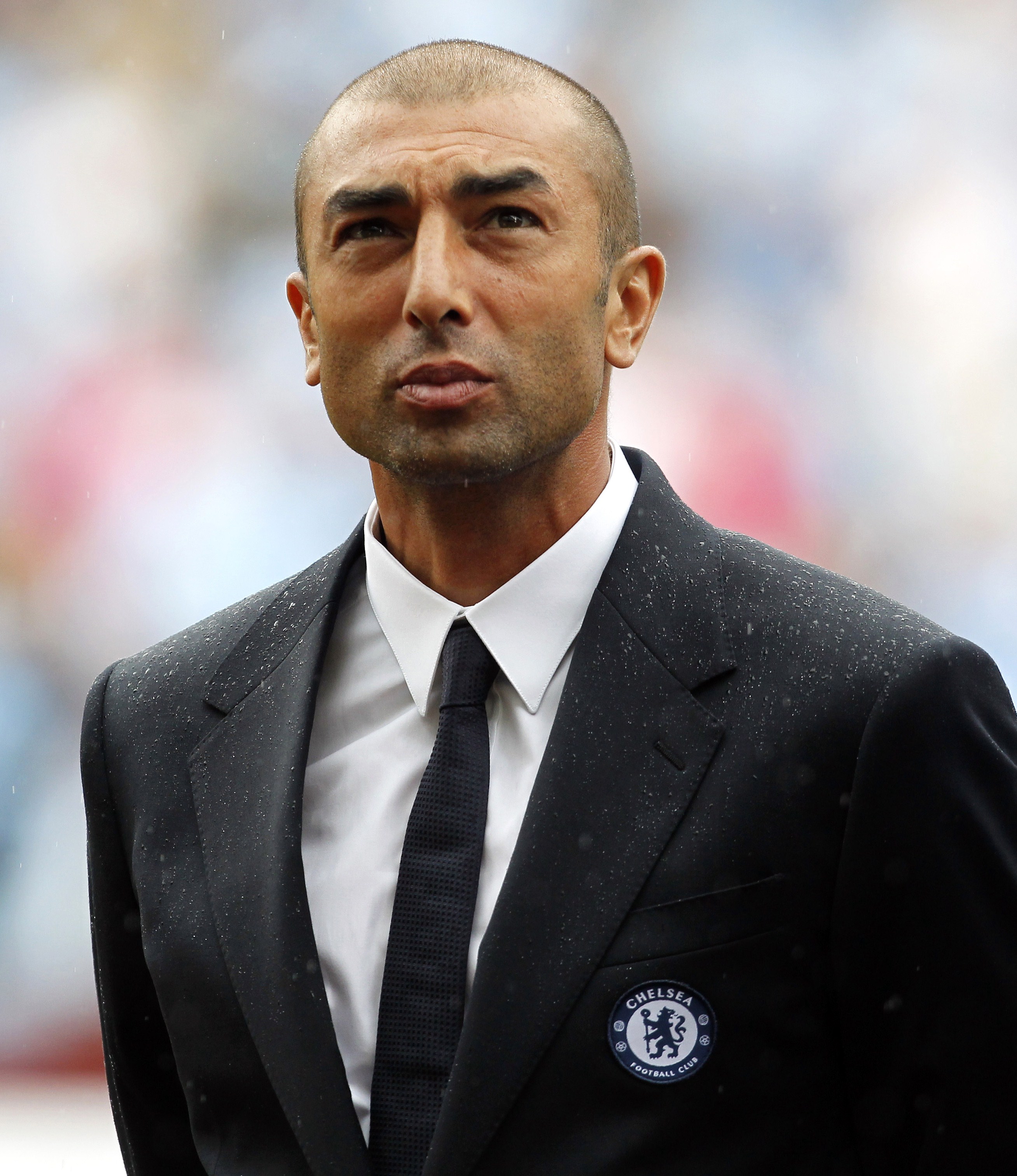 In 2016, the Italian was the toast of Leicester.

He delivered the unthinkable, leading the club to a Premier League title win for a team that were a 5000-1 shot at the beginning of the campaign.

You would've thought that would've given him a job for life. Wrong.

In 2017, with Leicester just one point above the relegation zone and 13 games left of the Premier League season, it was a sad farewell for the former hero.

"After all that Claudio Ranieri has done for Leicester City, to sack him now is inexplicable, unforgivable and gut-wrenchingly sad," former Foxes striker Gary Lineker said. 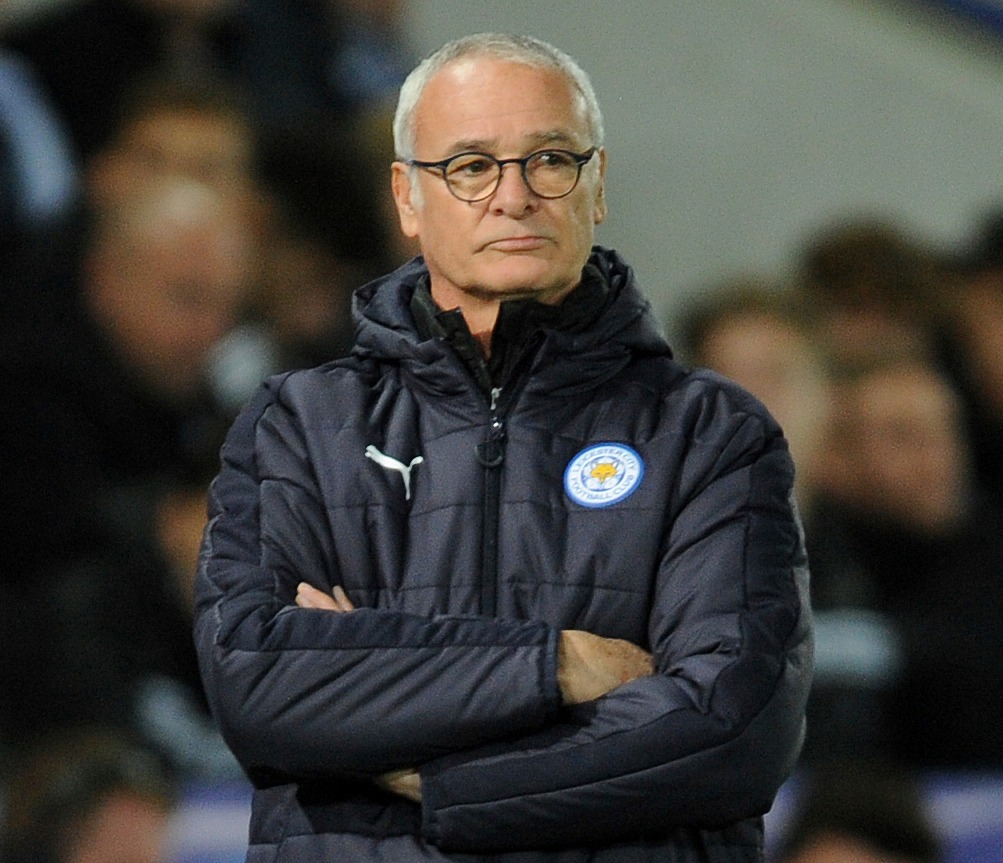 One of the nicest men in football, Hughton has always done well with the underdog.

However, at Newcastle – a club that hasn't won a major trophy since winning the FA Cup 1955 – bigger things are expected.

Hughton had guided the club back to the Premier League from the Championship at the first time of asking.

Then, he masterminded wins away at Arsenal, as well as a 5-1 thumping of fierce rivals Sunderland.

But with the club in 11th spot in 2010, Mike Ashley decided it was best if they part ways. 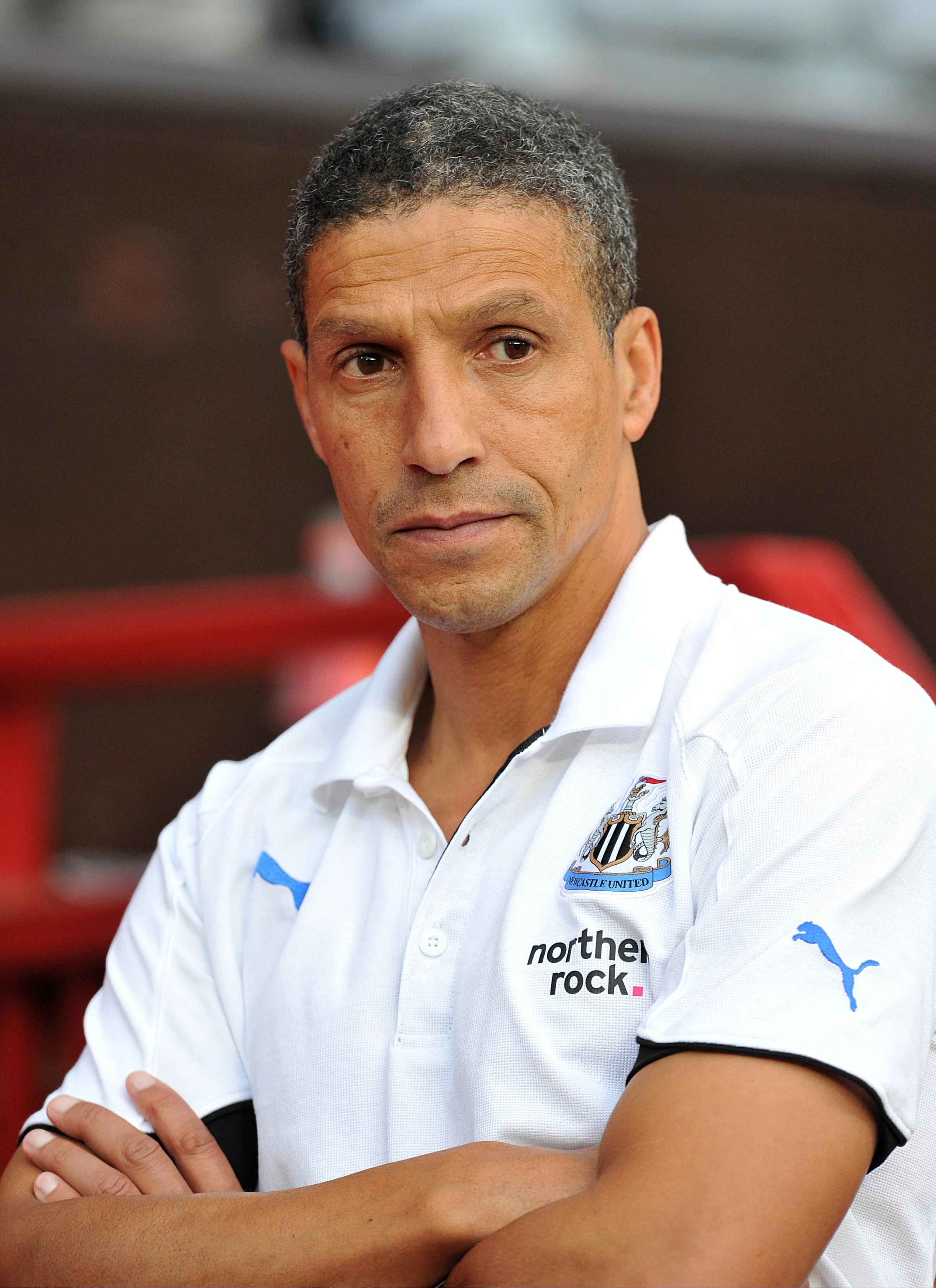 It's any wonder he wanted to manage them twice.

Flores took over the reigns at Watford for a second spell in 2019, when Javi Gracia was fired.

Three years earlier though, it was the suave boss who bit the bullet.

Why? Rather harshly a mid-table finish and an appearance in the FA Cup semi final wasn't deemed good enough. 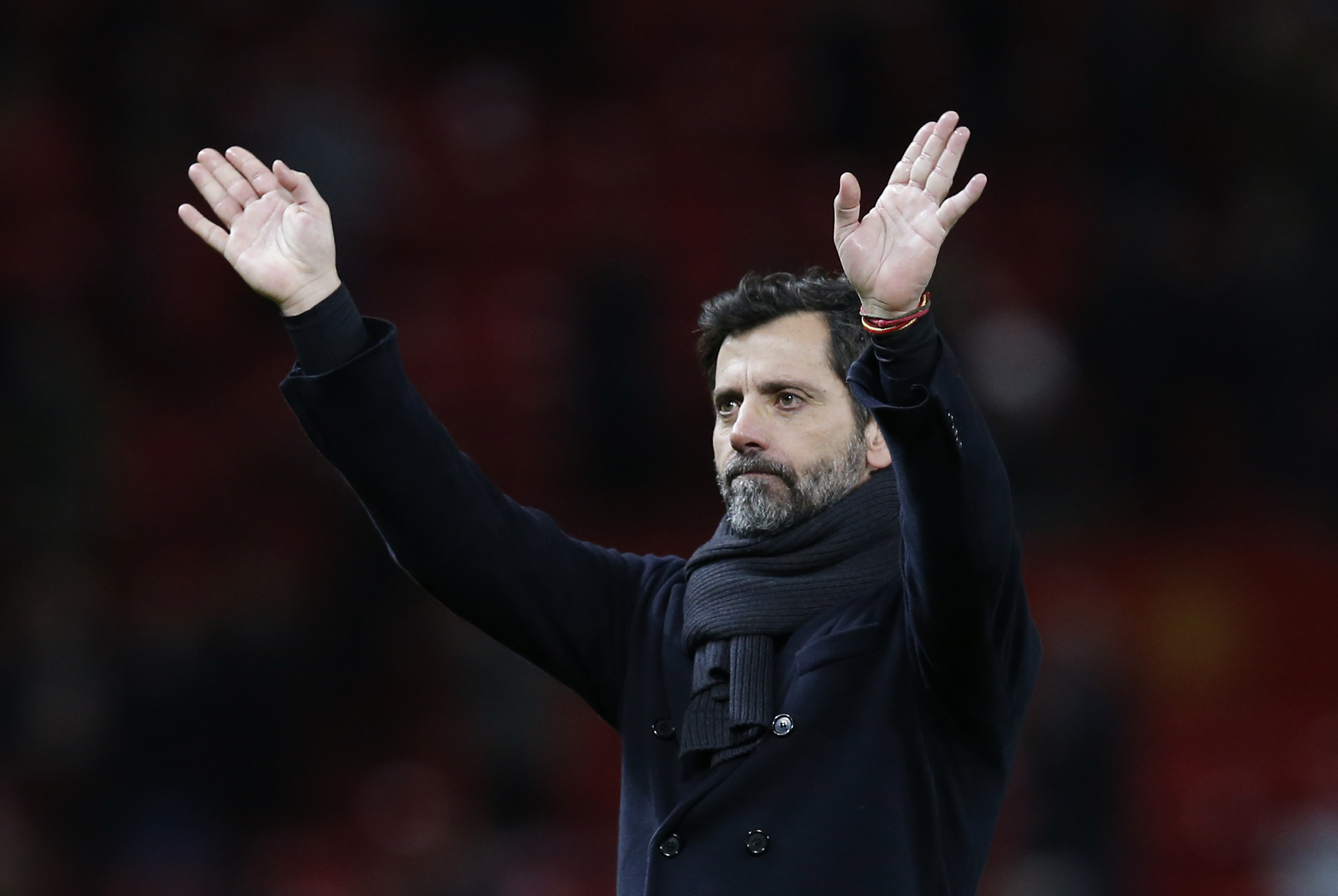 Managers who are new to the Premier League will always need time to acclimatise to their new surroundings.

De Boer arrived at Crystal Palace in 2017 with a reputation as a winner – having lifted the Dutch first division four times with Ajax.

Incredibly, he lasted just 77 days at Selhurst Park – with 30 of those being preseason.

What did it was losing his opening four games without scoring a goal, but surely he could've been given time to turn it around? 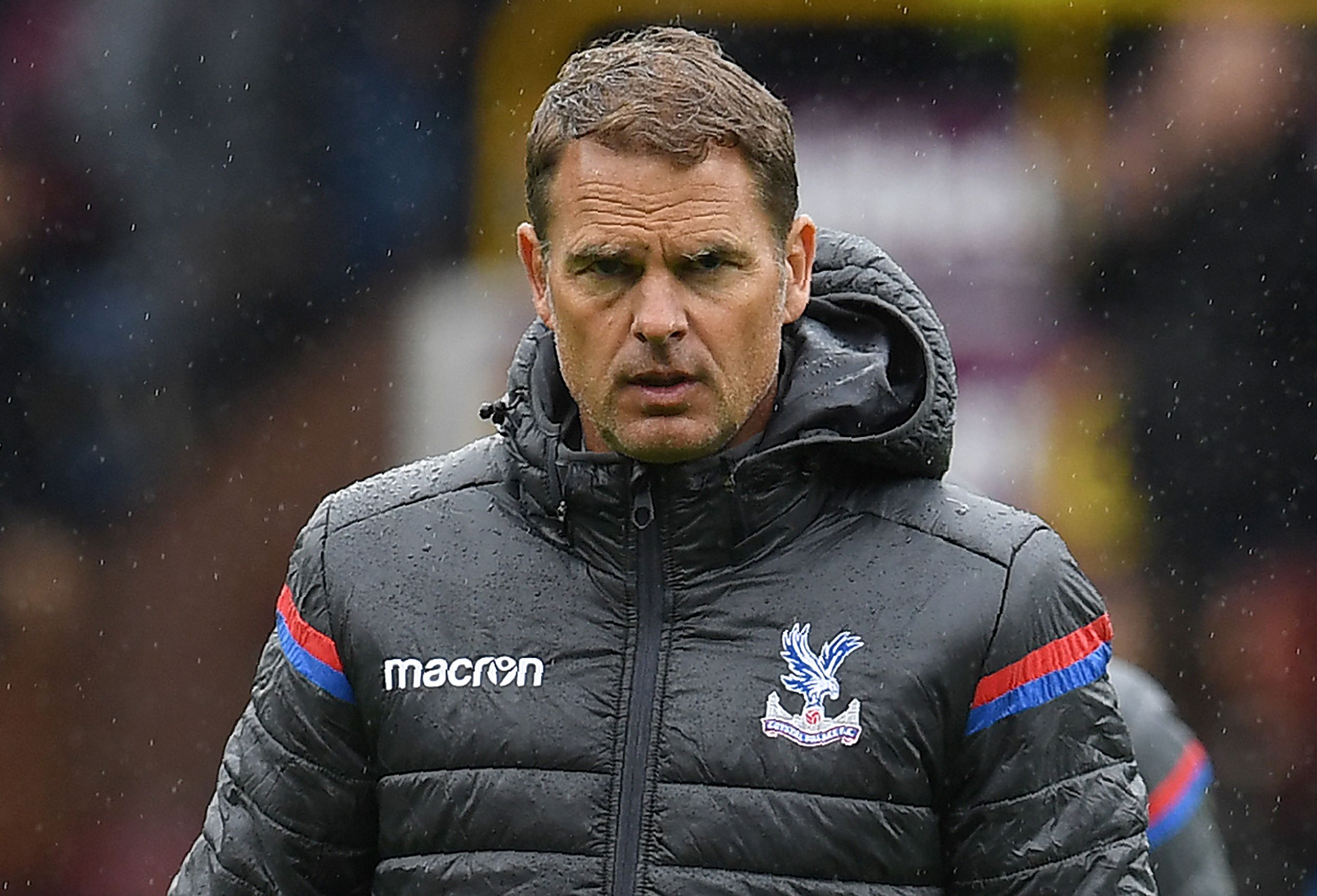 Before the Di Matteo fiasco, there was Ancelotti.

After coming close to the Premier League title, the Italian was sacked with the club finishing in second spot in 2011.

The previous season he managed the club to a double, but you're only as good as your current form.

Ancelotti had the last laugh though, taking over at Real Madrid and winning the Champions League.

And now as Everton boss, he just masterminded a 1-0 win over his former employers. 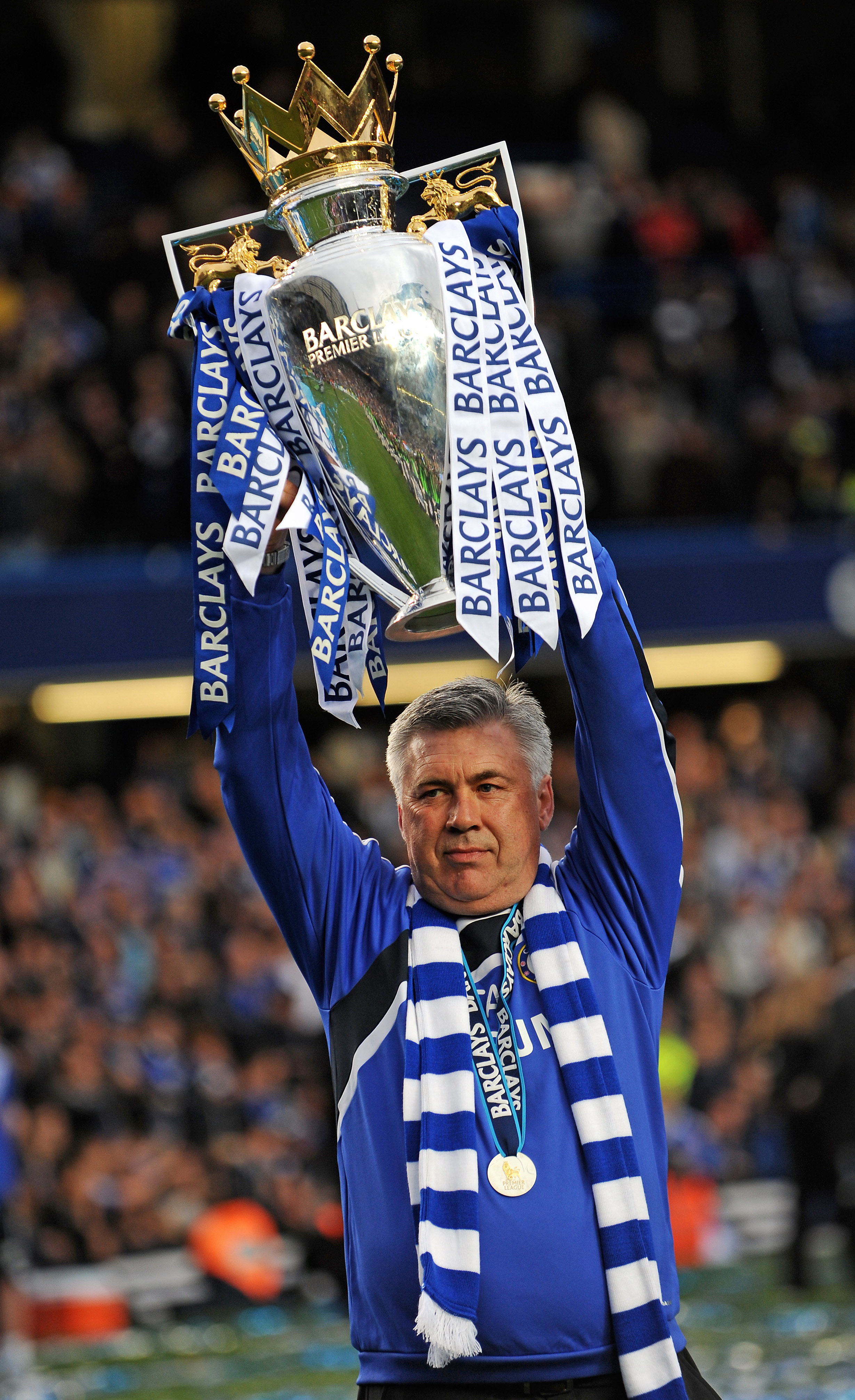 There's a few jobs the former England boss could feel he was badly treated by his board.

The West Ham one springs to mind, but stranger than that was his sacking as Blackburn Rovers manager in 2010.

The club were sitting comfortably in 13th when owners the Venky's decided they wanted control of transfers.

Allardyce refused, he was replaced by Steve Kean, and the club were relegated from the top flight less than two years later. 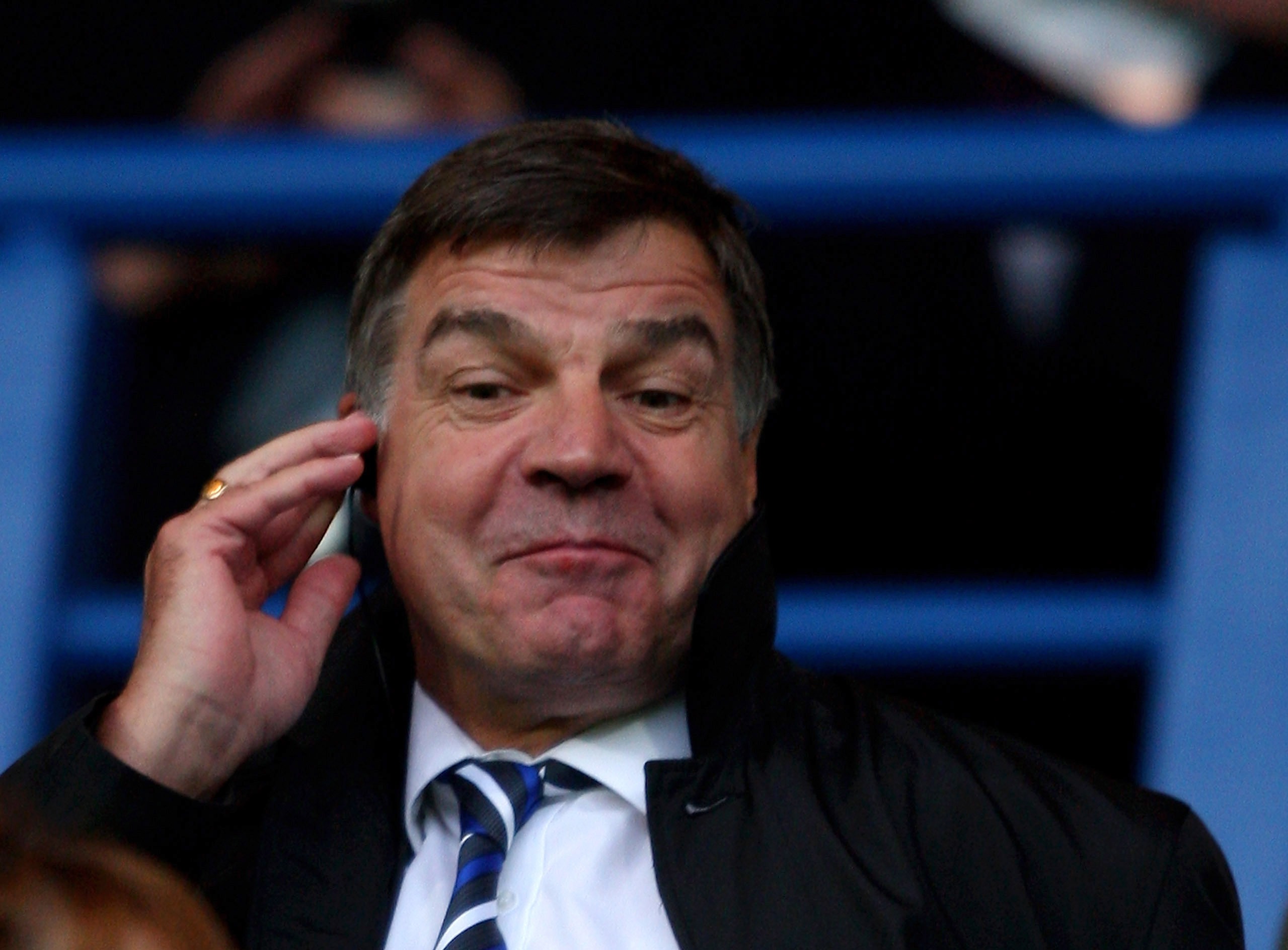 Adkins was as revered as Matt Le Tissier is on the South Coast, thanks to leading the club from League One to the Premier League.

But, midway through the club's first season in the big leagues Southampton decided to replace him with Mauricio Pochettino.

"This decision has been made with the long-term ambitions of Southampton Football Club in mind," chairman Nicola Cortese said at the time.

"Whilst we acknowledge the contribution Nigel has made during the past two years, for the club to progress and achieve our long-term targets a change was needed."

It turned out to be an inspired decision, with Poch leading the club to 8th the following season. 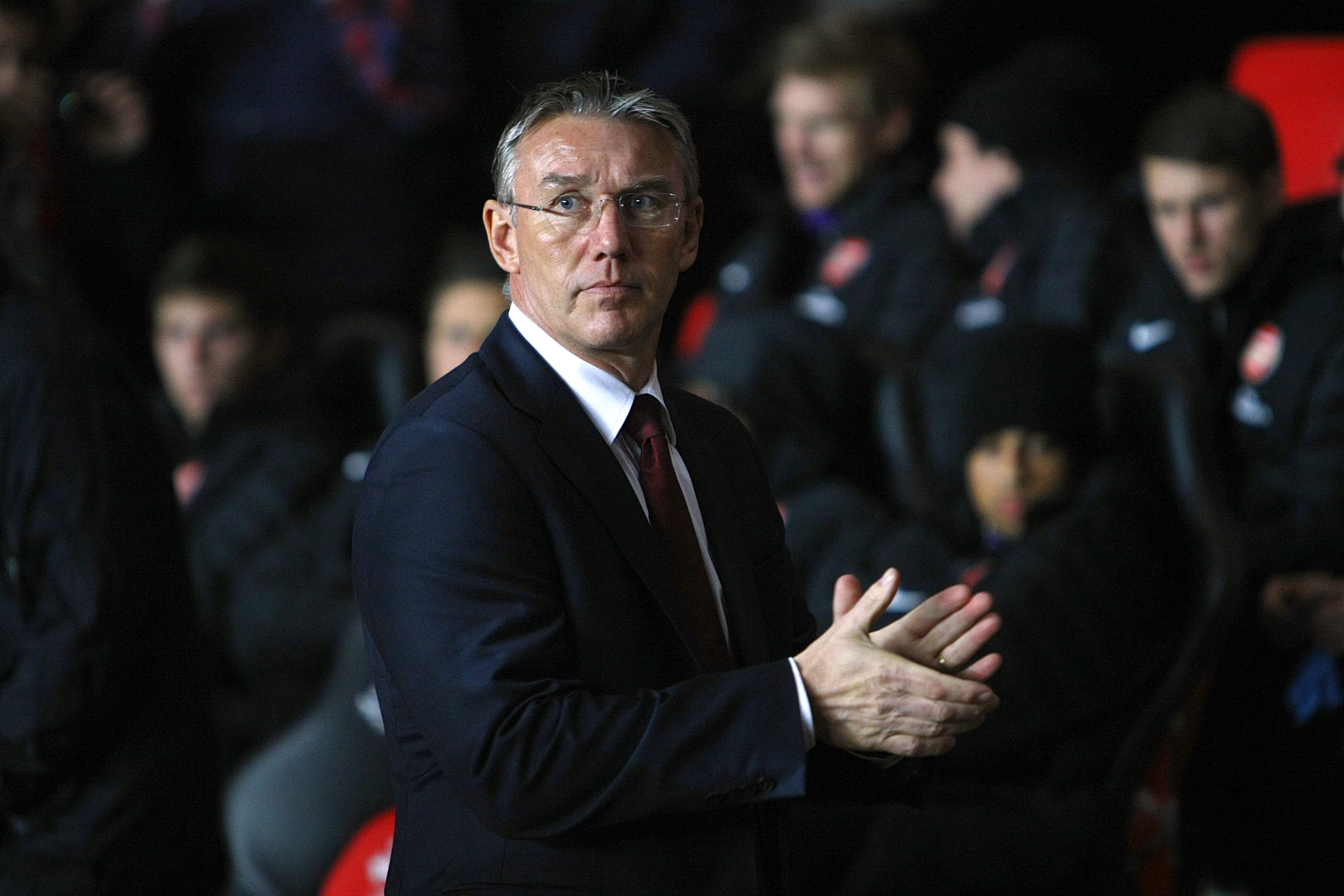 Again, a manager can be just unlucky.

After saving Leicester City from the drop, and arguably starting the euphoria that gave the Foxes their incredible Premier League title, he was sacked.

But it's not that moment we're focusing on, and instead his most recent Watford dismissal.

With two games left of the 2019-20 Premier League season, Pearson was handed his P45.

They were three points clear of the relegation zone, a remarkable turnaround considering four months prior to his arrival the Hornets looked doomed.

Pearson would have had due cause to accuse Watford's board members of having their heads in the sand for that. 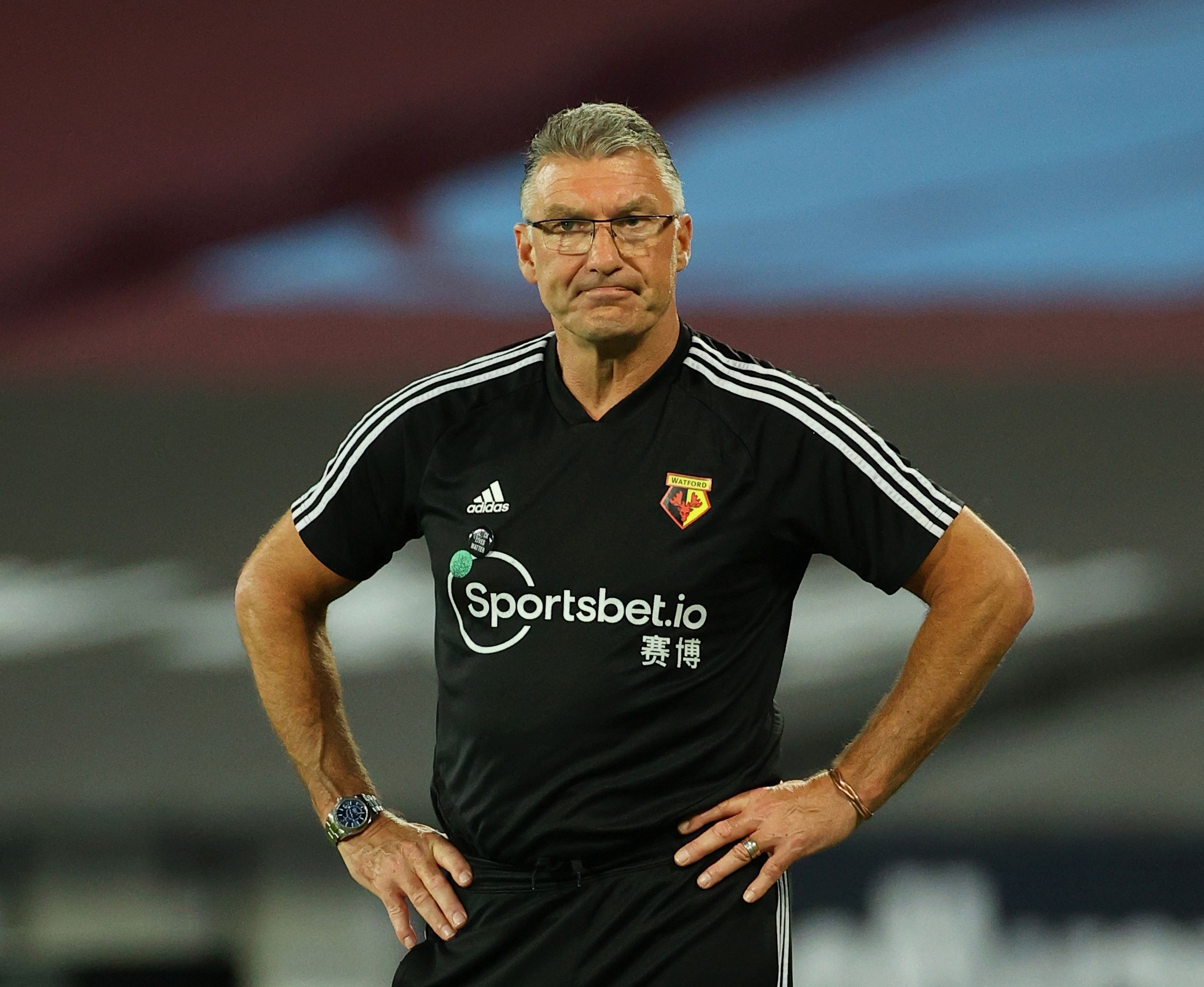