And with them, he leapfrogged the Arsenal legend into sixth on the all-time list. 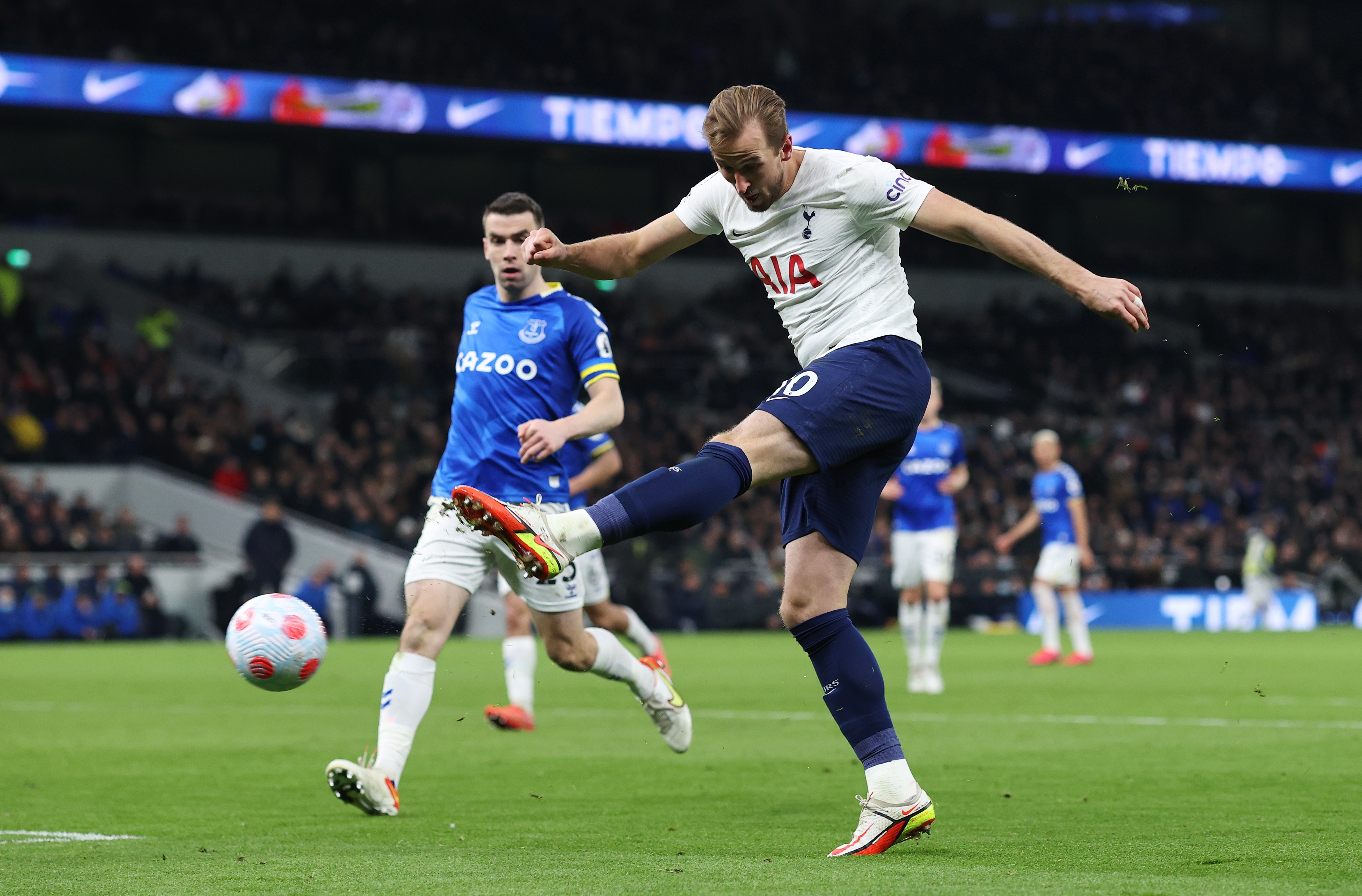 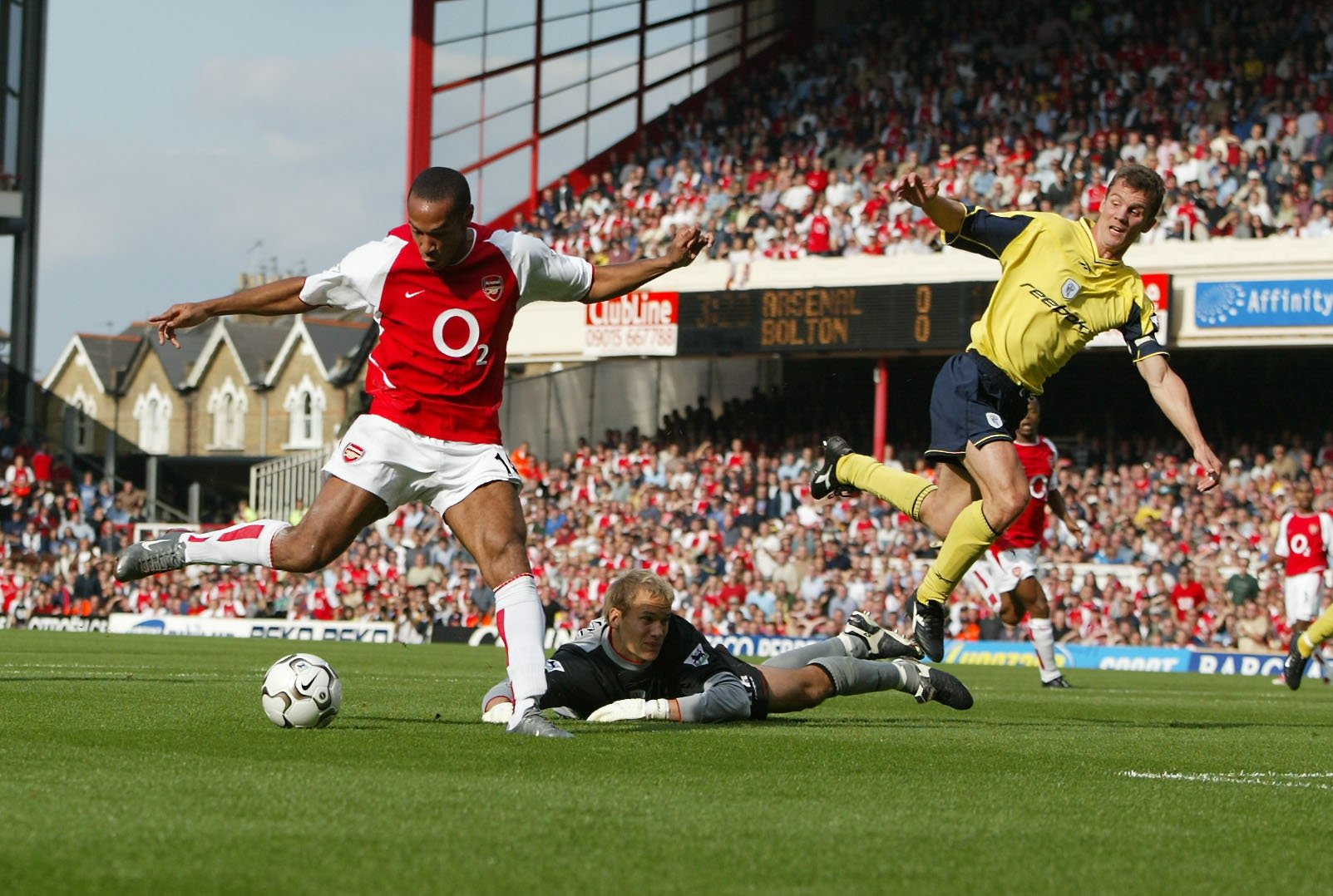 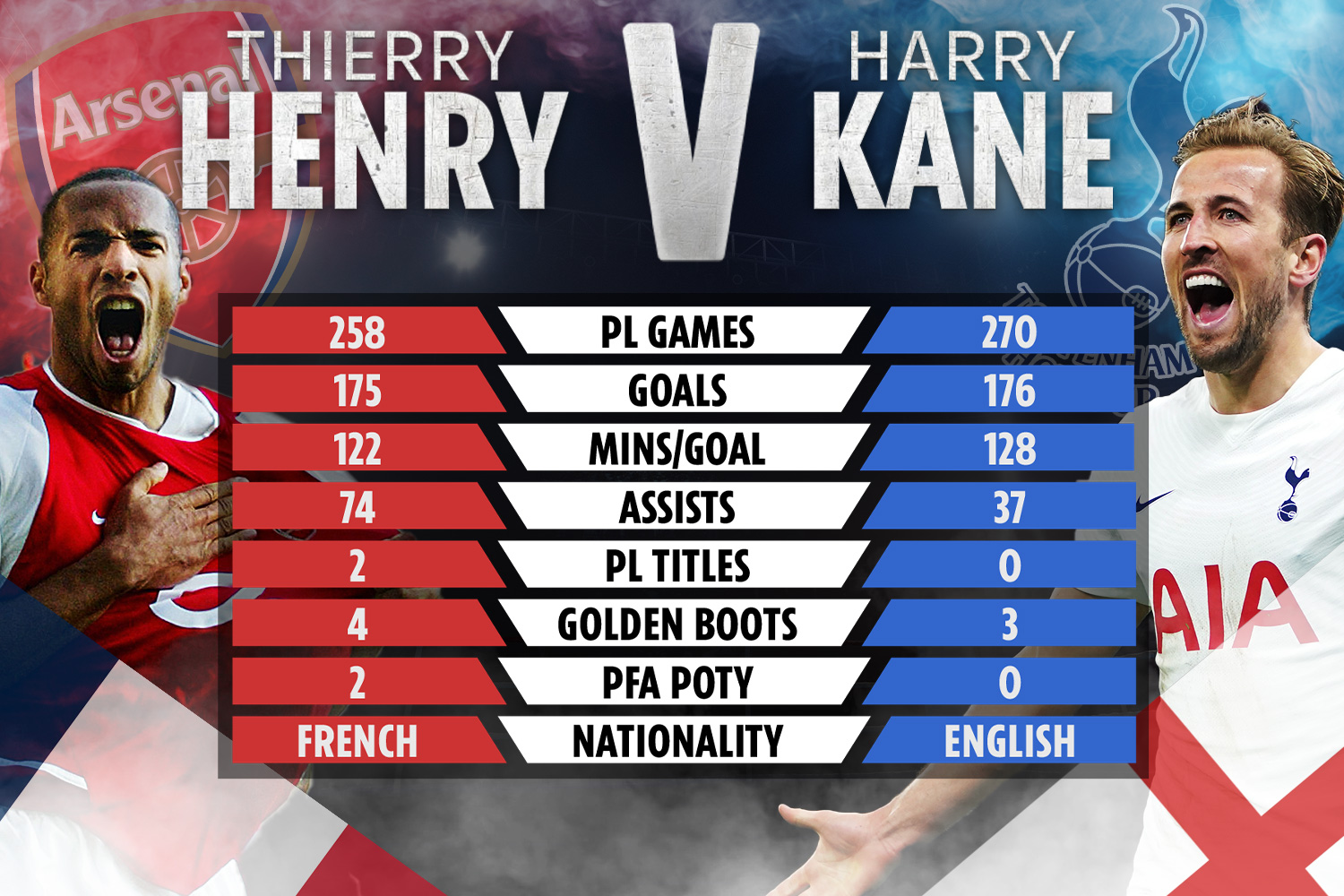 Kane beat the offside trap and confidently dispatched the ball past his England goalkeeper Jordan Pickford into the bottom corner for Prem goal No175 to tie level with Henry.

And on 55 minutes, he caught a sweetly-struck left-foot volley which flashed into the back of the net on the angle to complete the 5-0 rout and move past another North London hero.

He is now just one behind Frank Lampard and 84 off Alan Shearer's record tally of 260.

But how do the two strikers compare?

Kane took 270 Premier League appearances to reach his current tally, including three on loan at Norwich in 2012-13.

The Frenchman boasts 29 of his strikes from outside of the box, with Kane back on 22 – but the England captain has 27 headers compared to just six for Henry.

But Henry dominates the rest of the stats with a whopping 74 assists to Kane's 37.

The Highbury icon also pips the Golden Boot count with four to three and was named PFA Player of the Year twice, an individual gong Kane is yet to collect.

And, crucially, Henry has two Premier League crowns to his name, including the double in 2001-02 and the Invincibles campaign of 2003-04.

And the Gunners record goalscorer won the World Cup and Euros with France on the international stage, finishing his career with 13 trophies and 417 goals – 51 of those for Les Bleus.

Kane, however, is STILL without a single winner's medal in his career despite reaching the Champions League, League Cup and Euro 2020 finals.

The lethal striker is 25 goals shy of Jimmy Greaves' Tottenham total of 266 and just five behind the 53 Wayne Rooney managed for England. 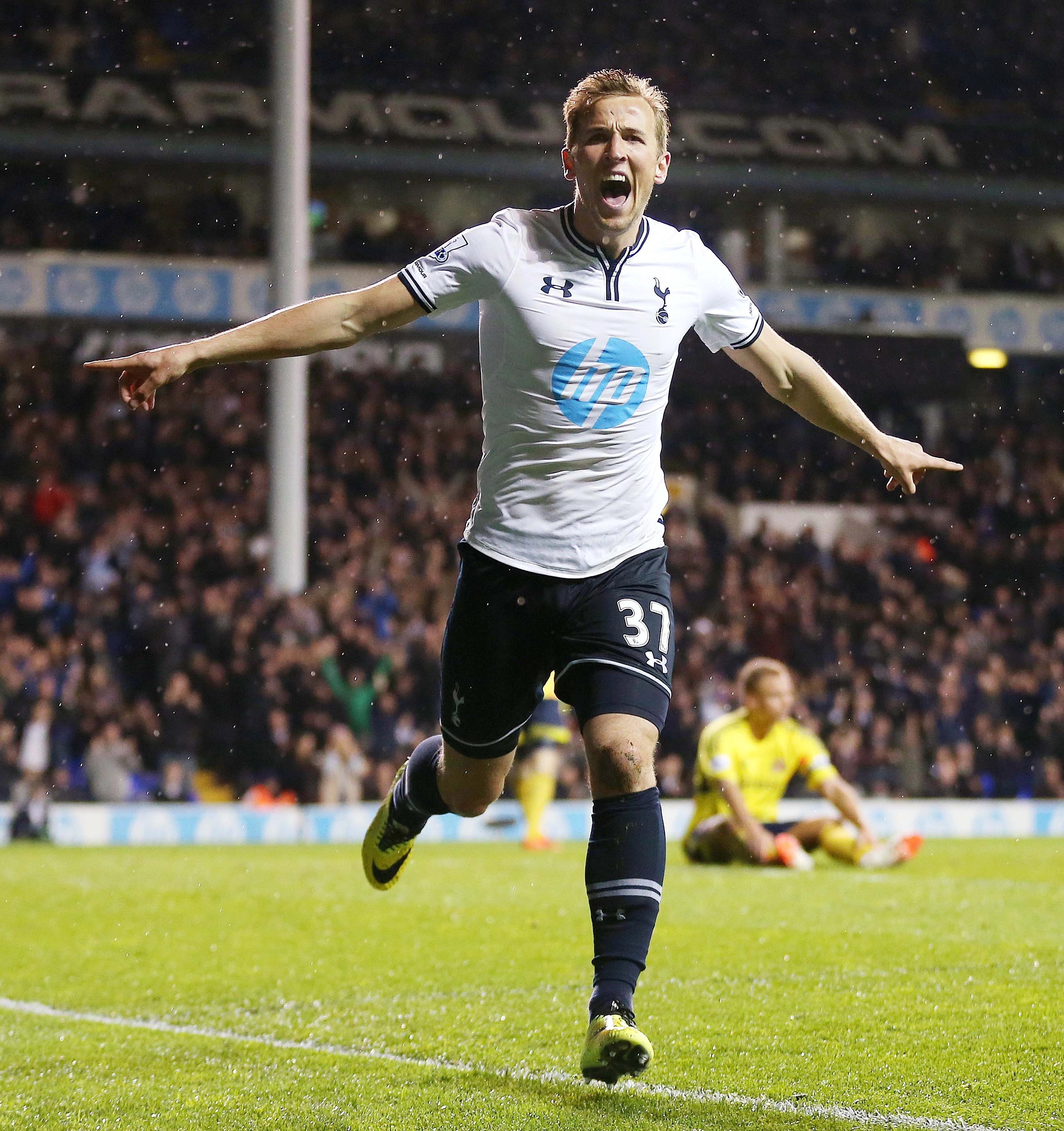 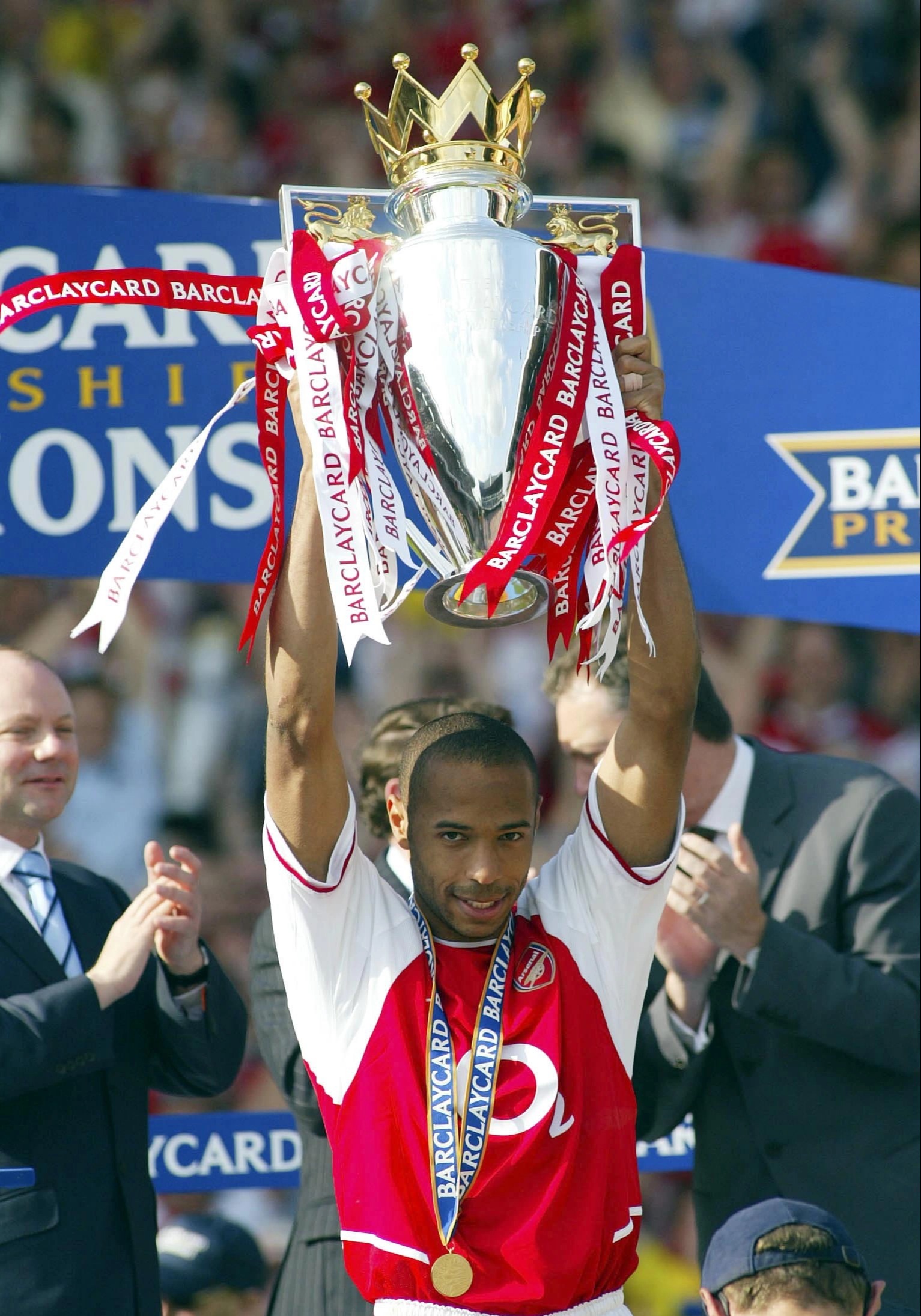