How Harry Kane would fit in at Man Utd, Chelsea and City as stats show Tottenham star should make Old Trafford transfer

TOTTENHAM striker Harry Kane is at the centre of a summer transfer tussle between Manchester United, City and Chelsea.

SunSport have exclusively revealed how the three clubs are looking to lure the 27-year-old away from North London at the end of the season. 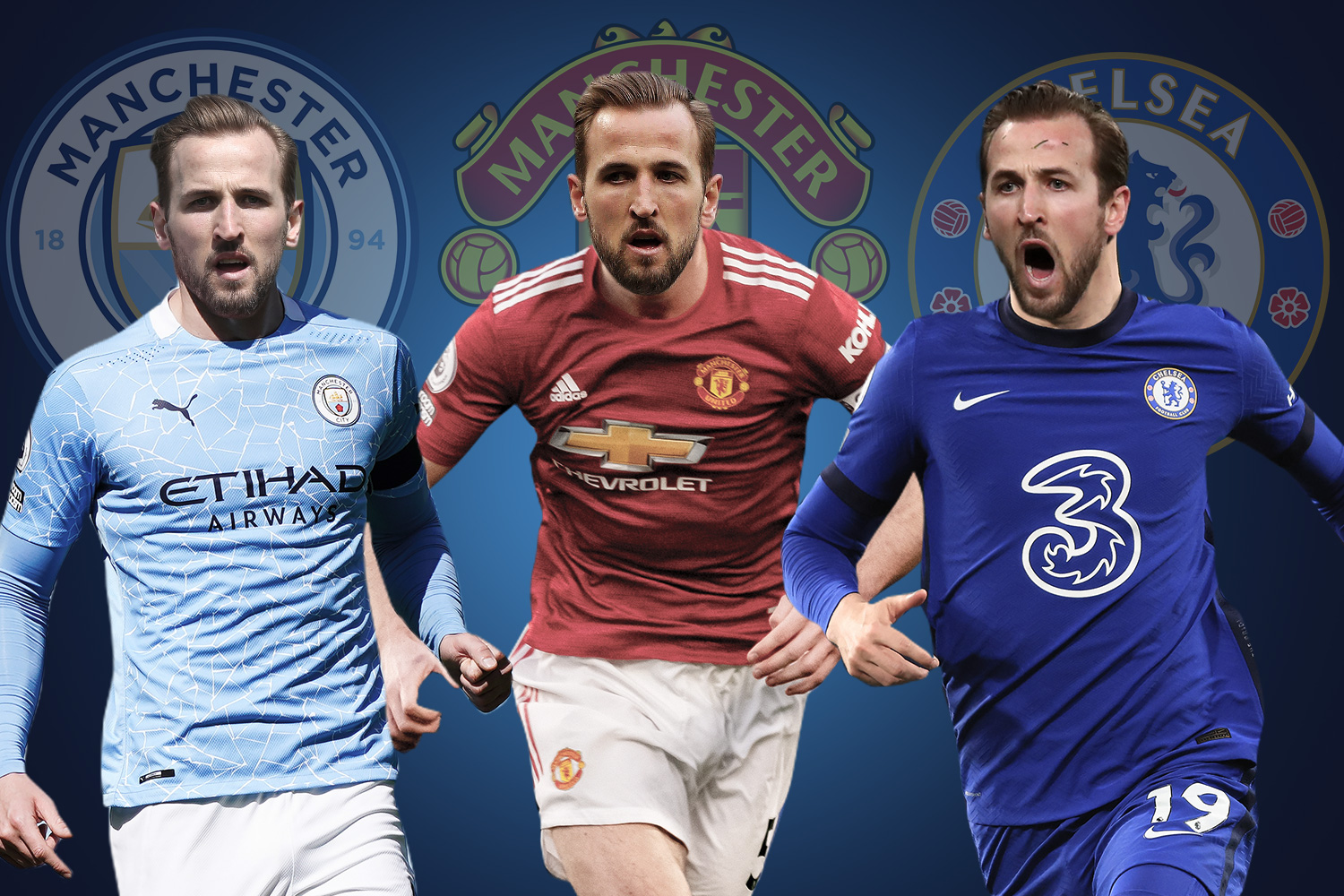 The England skipper has told Spurs of his desire to leave in the upcoming transfer window in his search to win silverware.

Premier League champions City are understood to be Kane's preferred destination as Daniel Levy holds out for £150million for his prized asset.

Both Manchester clubs are willing to offer the ex-Leyton Orient loanee a five-year contract with a £300,000-a-week basic salary – £70k up on his Tottenham deal.

And in stats obtained by The Times, Kane would fare better better at Old Trafford as opposed to City or Chelsea.

They have calculated that Kane takes most of his shots from inside the six-yard box, or from the top left of the box.

Should he make the move to the Theatre of Dreams, the stats show that United create more chances in the areas where Kane likes to shoot.

But how would he fit in at each of the three clubs? Here SunSport takes a look… 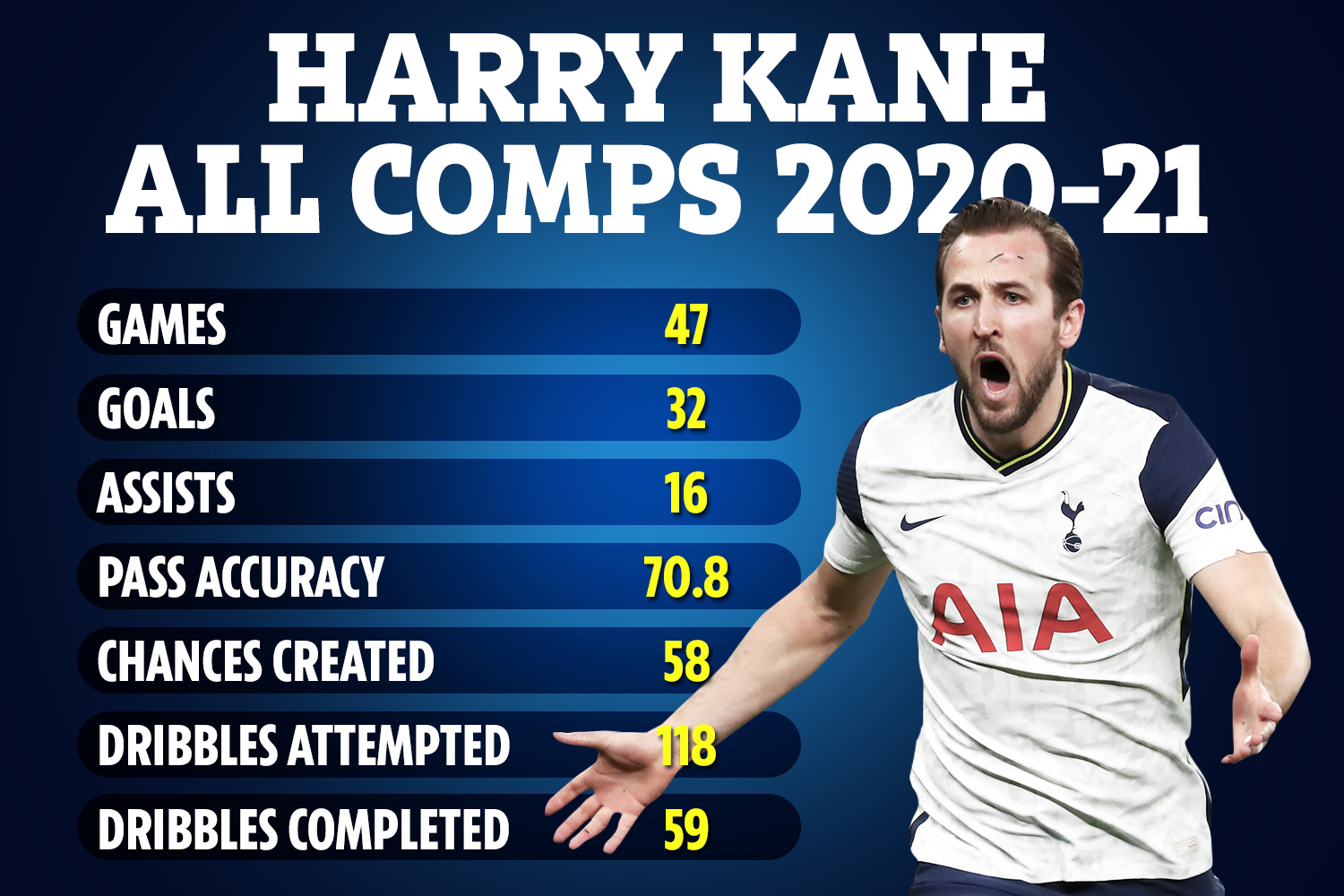 Should Kane join United, he would be competing with Edinson Cavani for a starting spot following the Uruguayan's new one-year deal.

Kane has had no competition at Spurs for a place in the starting XI having been the first-choice striker under Mauricio Pochettino and Jose Mourinho.

But he could see United as the perfect place for him where he would be playing alongside Three Lions team-mates Marcus Rashford, Harry Maguire, Luke Shaw and Mason Greenwood.

Those four players could potentially start with him at Euro 2020, and Kane could also be joined by compatriot Jadon Sancho at United if he decided to link up with Ole Gunnar Solskjaer's men.

With back-to-back top four finishes in the Premier League, United are expected to mount a title tilt next campaign, and Kane may want to lead them to their first championship since 2013.

If Kane decided to join City he would be guaranteed to win the silverware that has eluded him in his career so far.

Pep Guardiola has won at least two trophies every season since 2017-18.

And Kane could win three trophies before the end of next campaign with City to be in the 2021 Community Shield, as well as potentially the European Super Cup and Club World Cup.

Unlike United where they have Cavani to rely on, City are desperate to sign a new centre-forward to replace the outgoing Sergio Aguero.

Gabriel Jesus has become used to filling in when needed and it is not believed that he will be promoted to become the first-choice striker.

The Brazilian has even been linked with a move to Spurs a possible replacement for Kane.

Despite Timo Werner being a key player under Thomas Tuchel, his goalscoring form is a worry having found the back of the net just six times in 34 Premier League games.

The Blues are in dire need for a striker to catapult them into title contenders, and Roman Abramovich has shown in the past he jumps at the chance to sign a world class centre-forward.

Andriy Shevchenko, Fernando Torres, Radamel Falcao and Samuel Eto'o have all been high-profile additions in recent years, and Kane could be the next.

Like City, Chelsea are also in the Champions League final, and having beat Leicester 2-1 on Tuesday, they look set to be in the European Cup again next season.

Though it is unlikely Levy would be willing to do business with the Blues following Chelsea's attempt to sign Luka Modric from Spurs in 2011.

And Kane may not want to risk joining Tottenham's London rivals in fear on angering his adoring supporters even more.