OLE GUNNAR SOLSKJAER could make 11 changes to the Manchester United team that was knocked out by West Ham in the Carabao Cup for Aston Villa on Saturday.

The Red Devils suffered a 1-0 defeat against the Hammers at Old Trafford on Wednesday – just days after his side beat David Moyes' men in the Premier League. 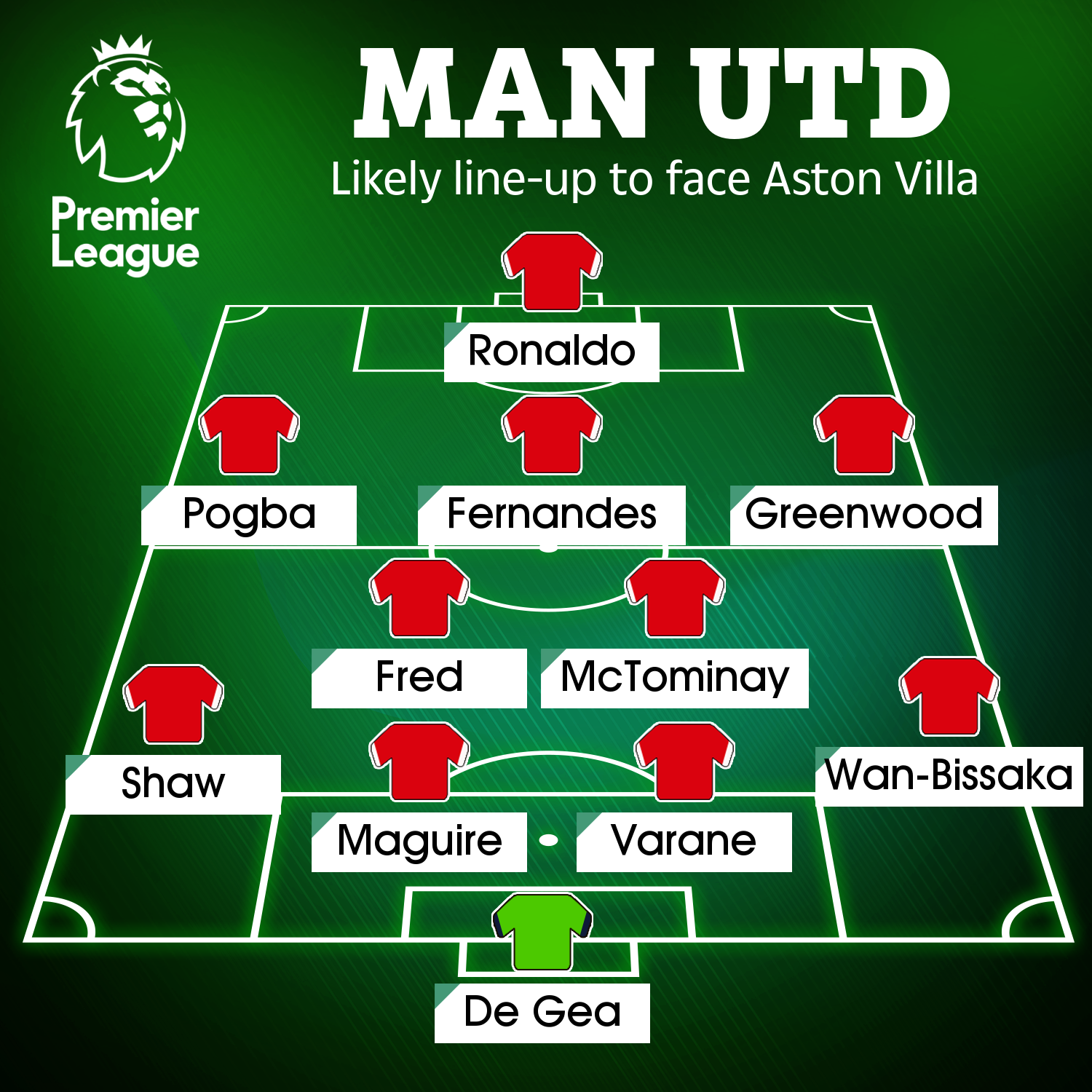 United secured a 2-1 win away at the London Stadium on Sunday to make it four wins out of five in the top-flight this term.

And Solskjaer could name the same line-up from that outing in this weekend's home clash against Villa.

That is despite the ex-Cardiff boss declaring that Edinson Cavani will be back in the squad tomorrow as he looks to make his first start of the season.

Speaking in his pre-match press conference, he said: "He's in the squad tomorrow. He's been training and now he feels ready to contribute.

"Of course, he came on against Wolverhampton then he got a slight strain in the international break when we had a game. He's ready again.

"He's worked really hard, like he always does and hopefully he'll have an impact like he had last season."

With the Uruguayan likely to be named among the substitutes, here is how SunSport predicts United will start against the Villans.

David De Gea is expected to start between the sticks for the sixth consecutive time in the Premier League this campaign.

The Spanish shot-stopper proved to be the hero for United in their last outing after saving Mark Noble's injury time penalty.

Aaron Wan-Bissaka will surely slot in at right-back, with English compatriot Luke Shaw featuring on the opposite side.

Real Madrid icon Raphael Varane will then partner skipper Harry Maguire in the heart of defence for the fourth straight game.

A central midfield pairing could consist of Scott McTominay and Fred, with Donny van de Beek yet again poised to miss out. 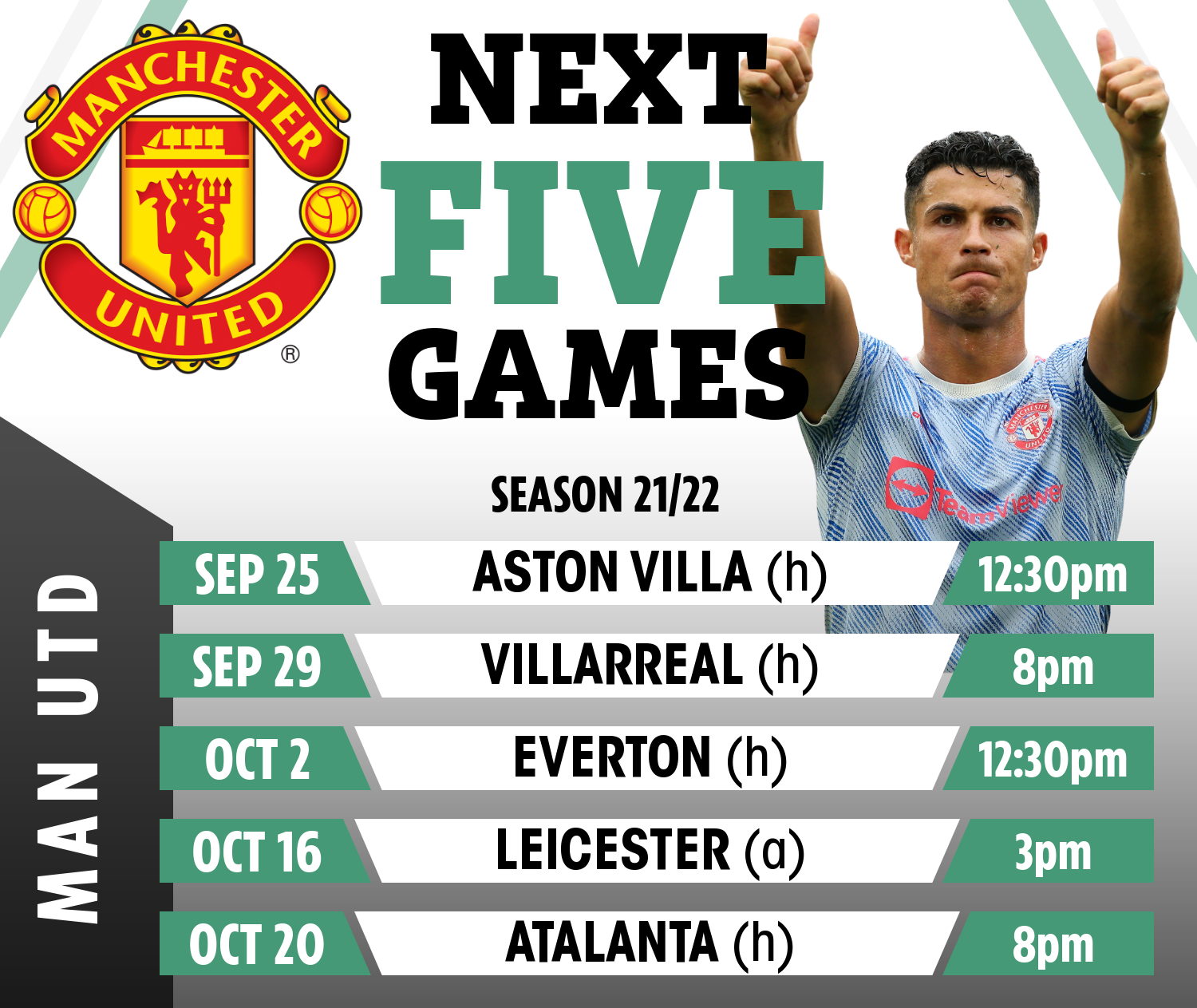 Paul Pogba could then be deployed on the left wing, with Mason Greenwood to feature down the right.

Bruno Fernandes would then play in the No10 role behind Cristiano Ronaldo, who would be tasked with leading the line.

The five-time Ballon d'Or winner has got on the score sheet in each of his three games for United since returning last month. 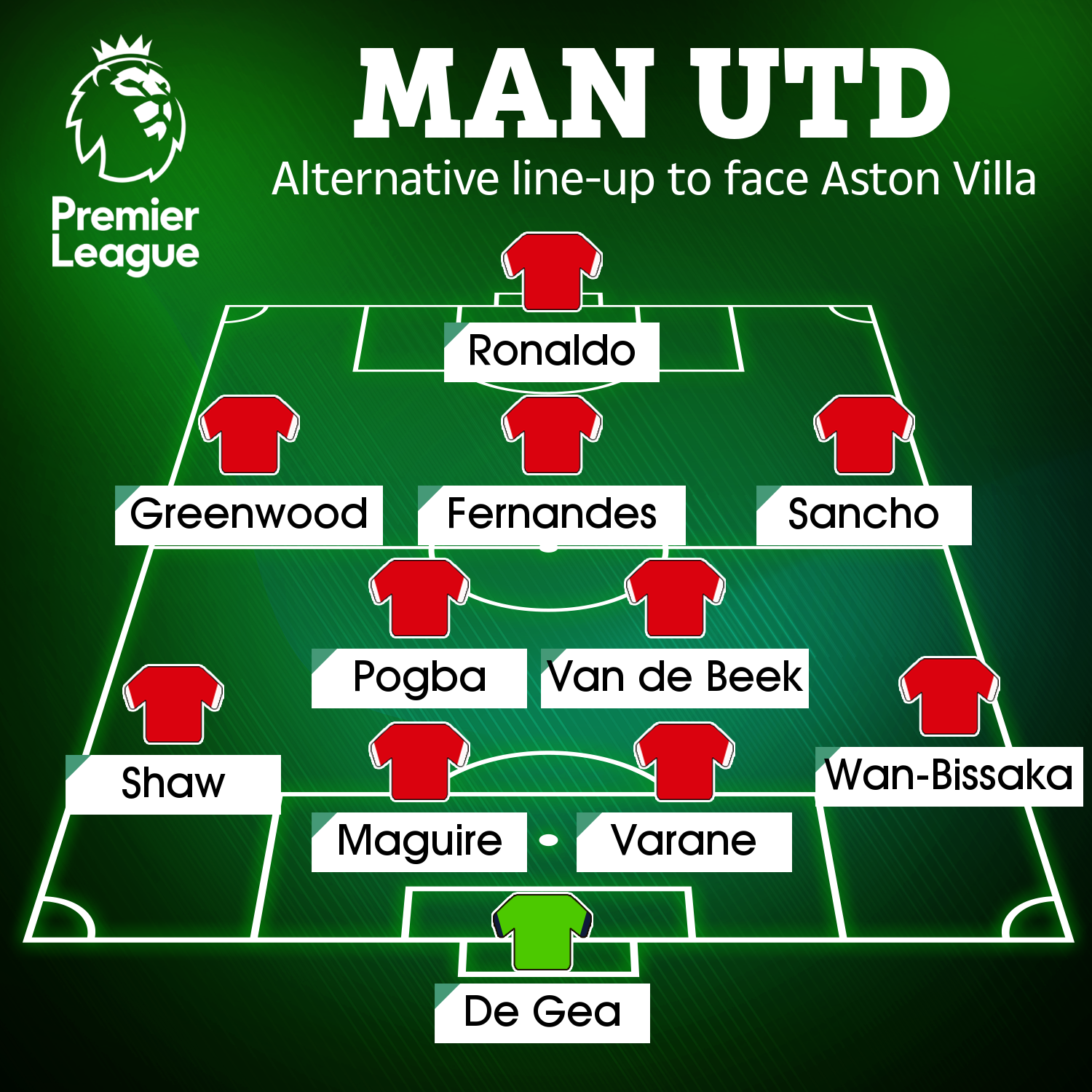