Scores of Tottenham supporters face a race against time to reach the Champions League final in Madrid after a Thomas Cook aircraft was delayed by over five hours.

Thomas Cook said the charter plane that had been arranged to fly the group of almost 200 Spurs fans – who had paid £559 each – to Madrid had suffered a bird strike and wasn’t deemed safe to operate.

The fans were left stranded at Stansted Airport for five hours while a replacement aircraft was flown from Manchester. 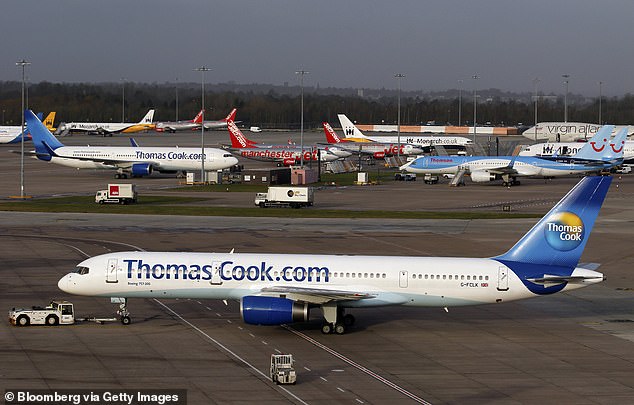 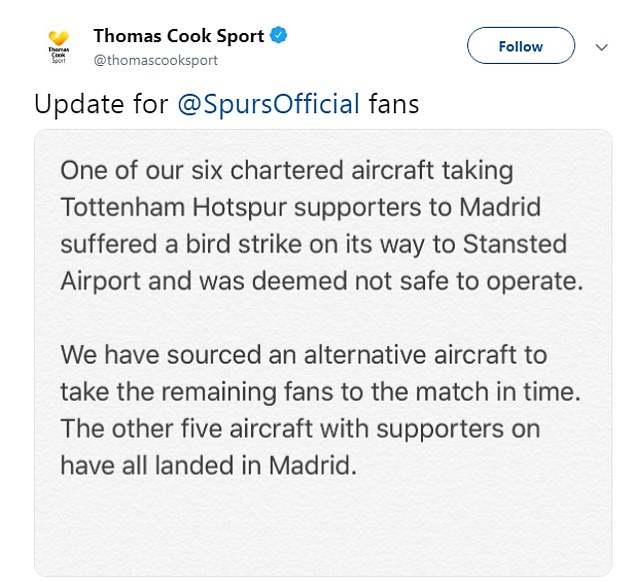 But though Thomas Cook said the replacement plane would depart Stansted at 4.30pm UK time, it will not land in Madrid until 7.30pm local time, leaving just a 90-minute window to get the fans to the match.

The flight had originally been scheduled to depart Stansted at 9.50am, arriving in Madrid at around lunchtime and allowing the fans on board plenty of time to get to the game.

The final against Liverpool at Atletico Madrid’s Wanda Metropolitano stadium is due to kick-off at 9pm local time but there is a high chance the stranded fans will miss the start of their team’s first-ever Champions League final.

A Thomas Cook statement said: ‘One of our six chartered aircraft taking Tottenham Hotspur supporters to Madrid suffered a bird strike on its way to Stansted Airport and was deemed not safe to operate.

‘We have sourced an alternative aircraft to take the remaining fans to the match in time.

‘The other five aircraft with supporters on have all landed in Madrid.’

The flight to Madrid was scheduled to take off from Stansted Airport at 9.50am 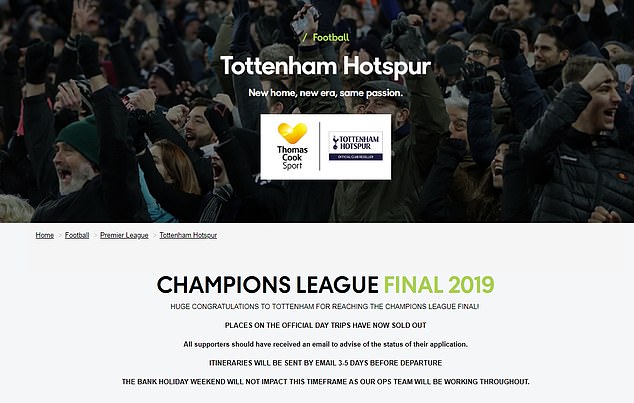 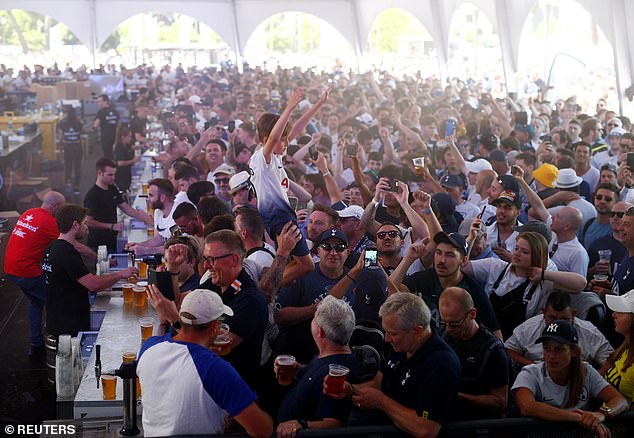 Furious Spurs fans already at Stansted Airport took to Twitter to vent their frustrations at Thomas Cook for the delay.

One, Rob White, wrote: ‘Stuck @STN_Airport with 190 other @spursOfficial Spurs fans hoping to get to Madrid… on an @thomascooksport plane.

In response, the Thomas Cook account wrote: ‘There’s a Thomas Cook aircraft en route, you’re scheduled to depart Stansted at 16.30 and arrive into Madrid at 19.30 local time. When you land we’ll get you to the stadium as quickly as possible.’ 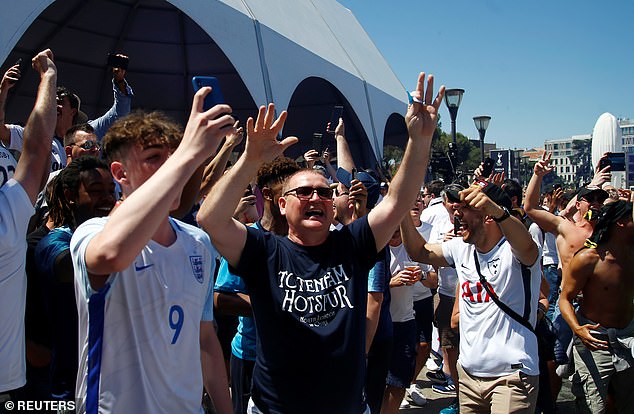 Around 100,000 Spurs and Liverpool supporters are in Madrid for the showpiece match

Thomas Cook came under fire during the week when Tottenham fans complained about being left in the dark over their travel plans.

Those who arranged places on the trip were promised their itineraries by 6pm on Thursday but didn’t receive any information.

All places on the six flights had sold out within hours given that it would have cost as much as £1,400 to get a return flight from London to Madrid on commercial airlines at such short notice.

Thomas Cook said the delay was caused by Madrid Airport trying to co-ordinate slots and schedules for the dozens of aircraft booked in.

It is the second transportation gaffe from Thomas Cook this week as Chelsea fans were stuck at Luton Airport with lengthy flight delays halting their travel to Baku for the Europa League final on Wednesday.

The two flights from Luton departed at 10am UK time after a two-hour delay.

Thomas Cook are under financial pressure after reporting a £1.5bn loss for the first half of 2019.

The firm is looking to sell the airline and has received ‘multiple’ bids for its planes. The company has closed 21 of its stores and Thomas Cook Money is under review.

More of its 566 stores could close and 150 roles will be cut from its Peterborough head office.