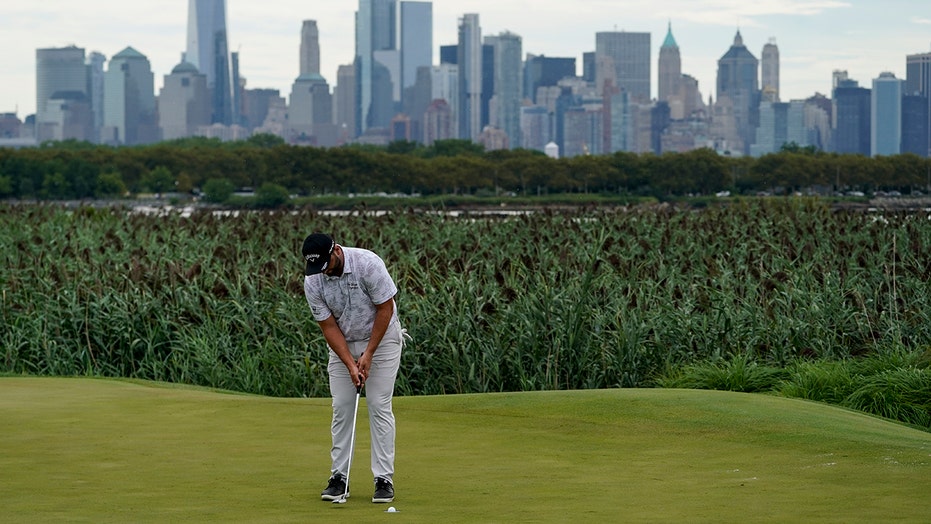 The final round of The Northern Trust has been pushed back to Monday because of approaching Hurricane Henri along the northeastern shores.

The PGA Tour decided to shut down Liberty National on Sunday about an hour before the leaders began Saturday’s third round, which was proceeding as scheduled.

Henri became a hurricane late Saturday morning, and the New Jersey coast across from Manhattan was under a tropical storm warning and a flood watch.

It will be the second time in 10 years the opening FedEx Cup playoffs event was disrupted by a hurricane. In 2011 when the tournament was at Plainfield, the arrival of Hurricane Irene forced the tour to shorten the event to 54 holes and finished on Saturday. That week also featured an earthquake.

The tour’s meteorologist felt that while Henri had moved slightly to the east, there was too much wind and rain in the forecast to attempt keeping the course open for play Sunday

The plan was to remove all the cameras attached on 40-foot poles that serve the Shotlink system of measuring every shot by every player, and have them back in place when the tournament resumes Monday.

Tee times for the final round would not be decided until Sunday afternoon. It was possible to group them in threesomes and start on both tees if time is needed to get the course ready.