Home » Sport » I had to delete Twitter because of racist trolls – these people need help, says Jermaine Jenas

I had to delete Twitter because of racist trolls – these people need help, says Jermaine Jenas

HIS good-natured grin and expert insights have made him a favourite with fans of TV’s Match Of The Day.

But now Jermaine Jenas has told for the first time of the shocking racist abuse he was subjected to while commentating during Euro 2020, which led to him calling the police. 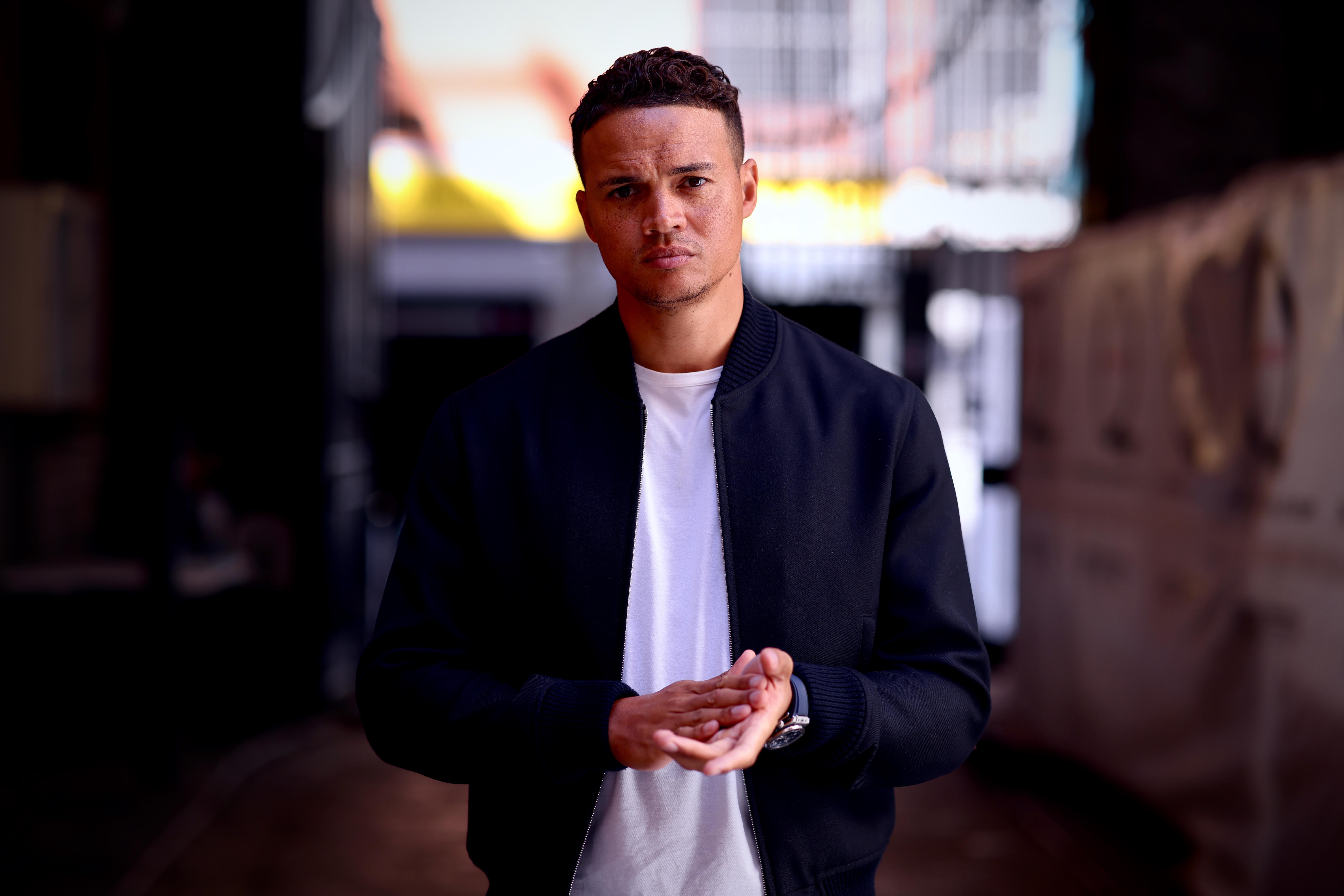 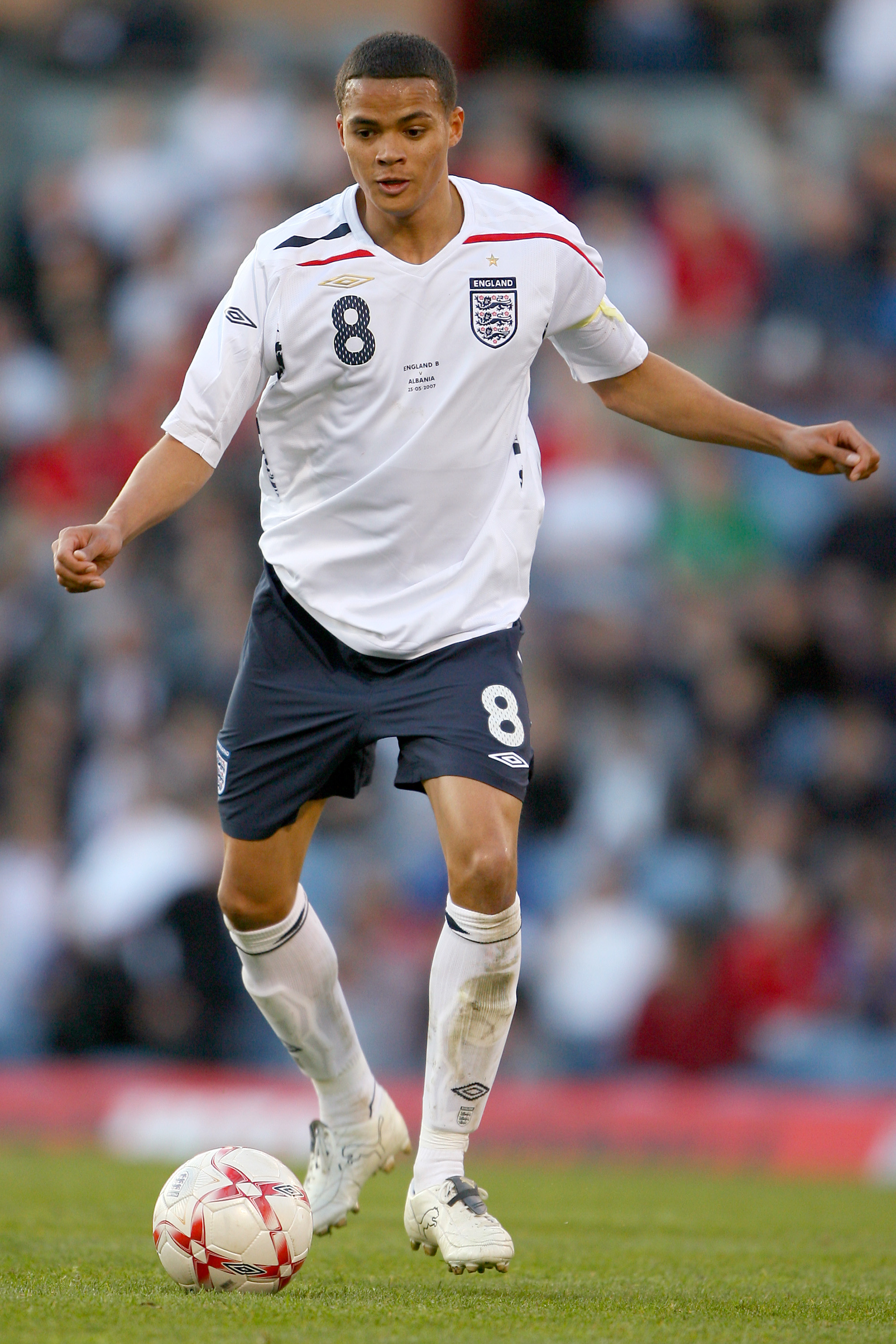 The former footie ace and One Show host is urging social media giants to clamp down on trolls.

Jermaine has joined forces with the Football Policing Unit — set up in conjunction with the Home Office — and has spent the past 12 months researching racism for a new Channel 4 documentary, sharing the frustrations of the country’s elite footballers.

The former Tottenham Hotspur midfielder even came face to face with a generic online abuser on Hunting The Football Trolls – after two trolls who had personally abused him, personally, were rules out on grounds of mental health.

Jermaine, 38, says: “These unregulated platforms, where people can be anonymous, have become like the black market of racism. I got a lot of abuse commentating during the Euros, which wasn’t nice.

“Pretty much any game I did, I was trending on Twitter afterwards — a lot of it was racial abuse, some of it just abuse for no reason. It got to the point — after the third game, I think — where I had to delete Twitter. It wasn’t a healthy place for me to be.

“I’m quite a laid-back person, quite relaxed and I have strong self-belief. But for the first time, I found myself acting a bit differently, being a lot more sensitive when people were trying to have a laugh or a joke with me. After the tournament, there were a couple of tweets that the police highlighted — ones that were directly racist.

“So I’m currently going through the process of trying to get some form of punishment for those two people. The police have tracked them down, and I’ve given my statement.

“Unfortunately these things take time, so who knows if and when they will be charged. There does need to be more of a deterrent — be it a fine, a custodial sentence or some sort of reform, giving education and help to these people, so they can learn and change for good.”

In the run-up to Euro 2020, as lockdown hit and fans were kept out of stadiums, reported online abuse against footballers soared by 48 per cent. England’s own success at the tournament, where they made their first final in 55 years, was unquestionably soured by fighting in the ground, and the horrendous trolling of young stars Marcus Rashford, Bukayo Saka and Jadon Sancho in the wake of their penalty misses.

Depressingly, Jermaine reveals he recently tried lodging a formal complaint with Instagram after being labelled a “half-caste c***” — but, staggeringly, was told the language did not break rules.

He adds: “I went through the whole process, sent an email, everything, after someone called me that — it rocked me. I hadn’t heard that term since I was maybe eight years old. And Instagram came back to me and said it wasn’t against the community guidelines.

“This is why so many players are so disillusioned. I spoke to Kyle Walker in the documentary and so many footballers are feeling very disheartened — they don’t feel empowered to do anything.

I’m currently going through the process of trying to get some form of punishment for those two people. The police have tracked them down, and I’ve given my statement.

"They think, ‘I get racial abuse but what’s the point in me taking action, taking nine hours out of a couple of rest days, when nothing is going to happen?’

“And from the clubs’ perspective, it deters them from wanting to get involved as much. They want their players ready for a Saturday afternoon. They want them fit and mentally ready to go.

“They don’t want them in police stations giving statements every two minutes.”

In the documentary, Jermaine meets an unidentified 22-year-old man to quiz him on his previous online racial abuse. It makes for uncomfortable viewing.

The star suffered a career-ending cruciate ligament rupture in 2014 while playing for Queens Park Rangers. As a gifted box-to-box midfielder, the ace made his full Three Lions debut in 2003 — the same year he was named PFA Young Player Of The Year.

He helped Tottenham win the Carling Cup in 2008, and went on to play 21 times for his country.

In his heyday, Instagram was in its infancy. But the abuse he received was every bit as sinister, especially after a North London derby. Incredibly, Arsenal fans at his mobile phone provider would dish out his number to fans who would then ring and leave vile messages.

He explains: “Somebody at the phone company where my mobile was registered at the time would hand out my number, and it would spread among opposition fans. I’d finish the 90 minutes, look at my phone and have 20 voicemails saying, ‘Jenas, you black this’ or ‘Jenas, you N-word’ — every kind of racial slur you can think of. I had to keep changing my number, it was awful.”

He also reveals his worst ever footballing experience was in 2004 when playing for England against Spain at the Bernabeu stadium. England lost 1-0 but the game will be remembered more for the monstrous monkey chants hurled at the team’s black players “every time we touched the ball”.

He adds: “That was the worst feeling being on a football pitch. I just thought, ‘Why are we here?’ ” Naturally, Jermaine agrees with players taking the knee before games and applauds current England players including Tyrone Mings, Raheem Sterling and Rashford for speaking so eloquently about the subject.

“I’ve never been so attached to a team as I am this current England team,” he says. Everything they do, everything they stand for, the way they play. They have big shoulders, they take responsibility and they are quite happy to discuss social issues or big racial issues.

“And we have a manager who gives them the freedom to do that. I actually love this team.” After formally announcing his retirement nearly six years ago, Jermaine has become a household name thanks to a regular slot on MoTD.

Last year he made the successful transition from football pundit to bona fide broadcaster — and showbusiness celebrity — after landing a co-hosting role on BBC’s The One Show alongside Alex Jones.

Surreally for a lad who grew up on a tough council estate in Nottingham, he has gone on to interview stars including Dolly Parton, Jennifer Aniston and Annie Lennox.

But Jermaine credits his “forward-thinking” parents, Dennis and Lynette, for helping him stay grounded — and sane in the face of racial abuse.

He explains: “I was the son of a black dad and a white mum, and she’d be called a n****er-lover in the street when I was a child, walking by her side.” Of his former semi-professional footballing father, Jermaine adds: “He told me the best way to ignore the taunts in the stands was to score a goal. He was more a Martin Luther King than a Malcolm X.”

Jermaine, a keen home cook and gym devotee, has been tipped to replace MoTD host Gary Lineker should the ex-England striker decide to hang up his microphone.

Jermaine’s a big fan of the 60-year-old Leicester legend, and credits him with helping his career.

Chatting from his home in London, where he lives with wife Ellie and their three children, the devoted family man says: “Gary is somebody I’ve always looked up to as a presenter, and someone I’ve loved working with.

“I remember one of my first One Show gigs, I had a bit of a sticky moment and I knew I could have handled it better, and Gary reached out, messaged me and said, ‘Look, just a bit of advice; if this happens again, try doing this’.

Match Of The Day is the biggest job on television, and if I ever got the opportunity of course I’d say yes.

“He’d tell me what he used to do when he was first starting out, and I always appreciated that. He went out of his way to help me. Gary is like the Des Lynam of my era, let’s make him feel nice and old!

“Match Of The Day is the biggest job on television, and if I ever got the opportunity of course I’d say yes. When Gary decides to call it a day, I’m sure the BBC will have a look around and decide who’s the best fit for the job.

“Obviously I’d be absolutely delighted if it was me. But Gary’s not going anywhere.” 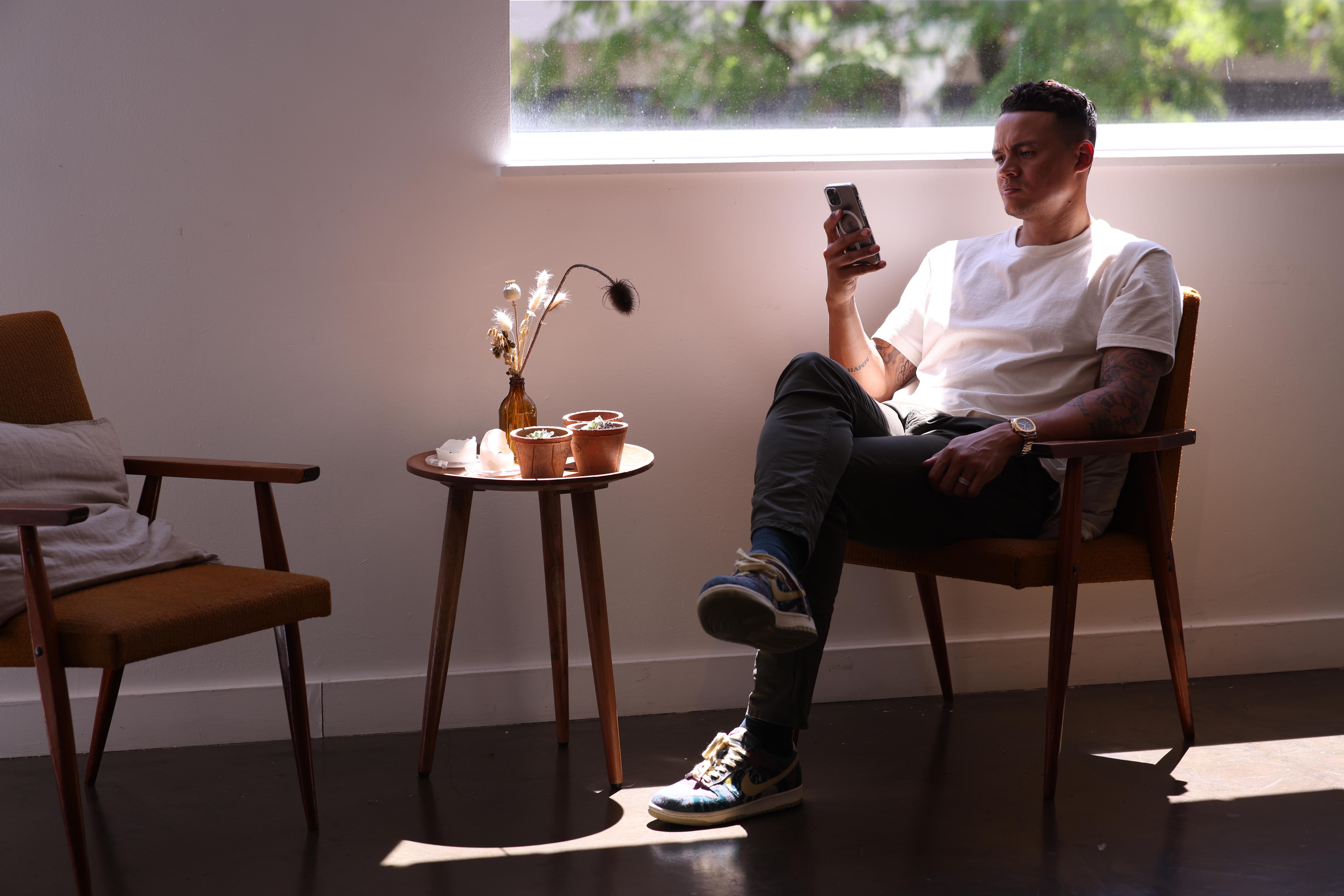 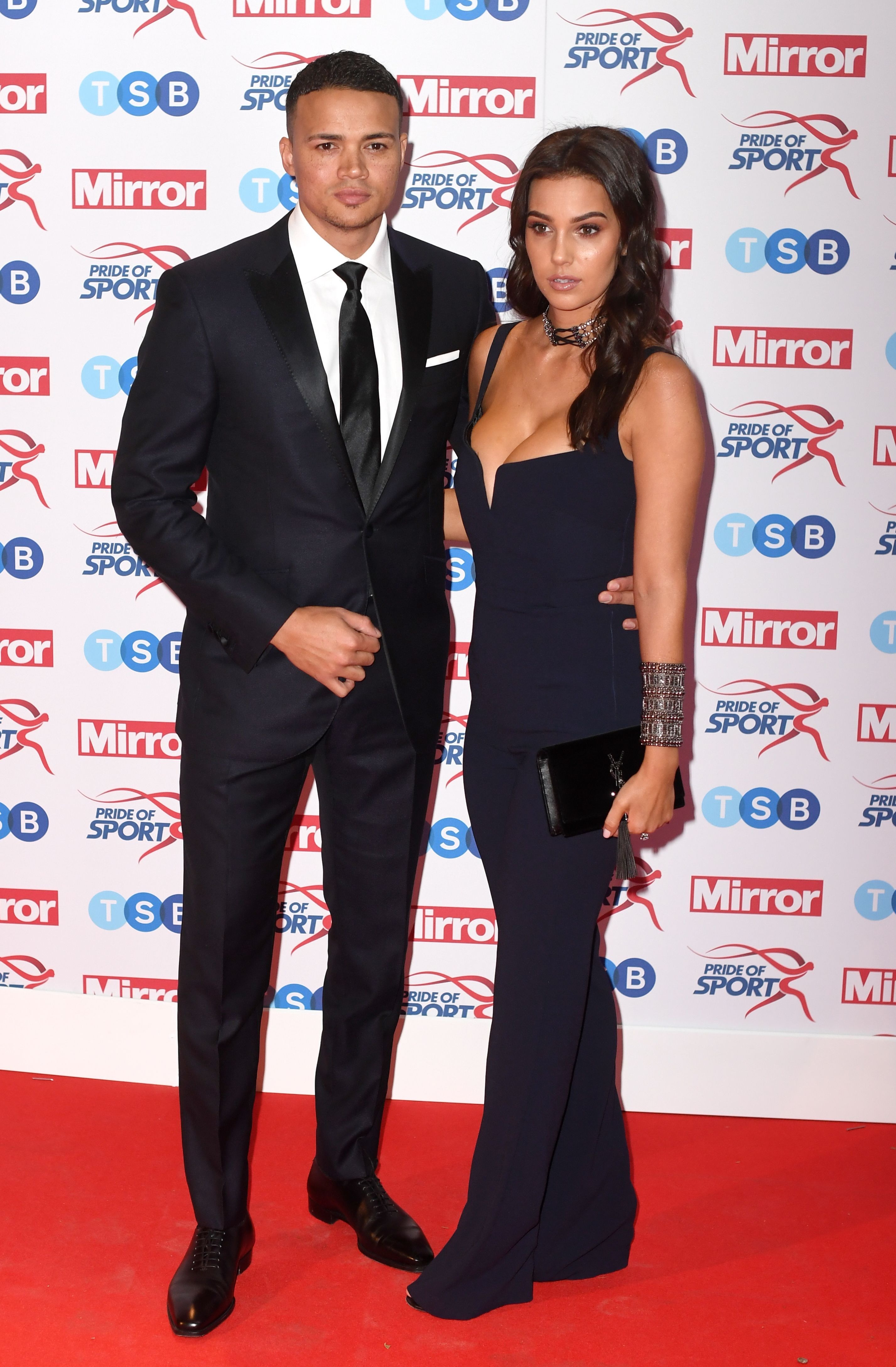 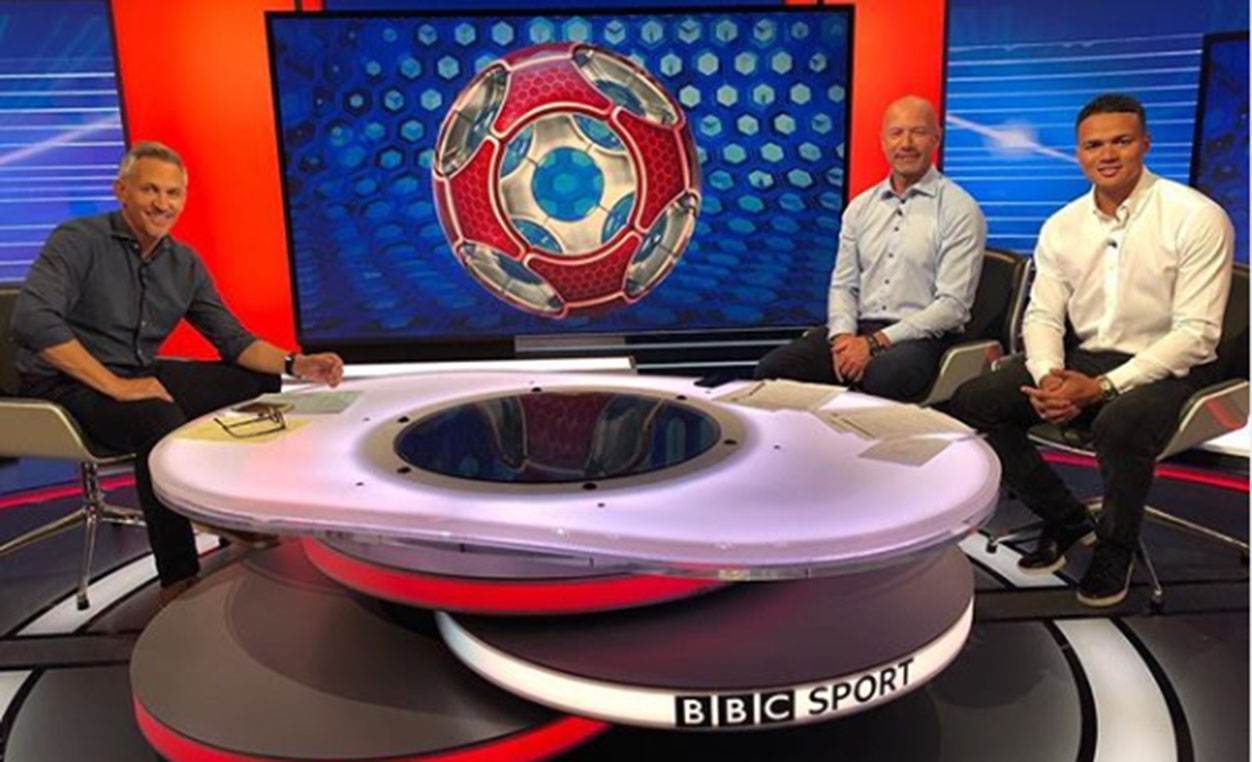