ANDY MURRAY launched an X-rated rant while in action in the second round of the Australian open.

The two-time Wimbledon champ was in action against Australian Thanasi Kokkinakis when he blasted the umpire of the match. 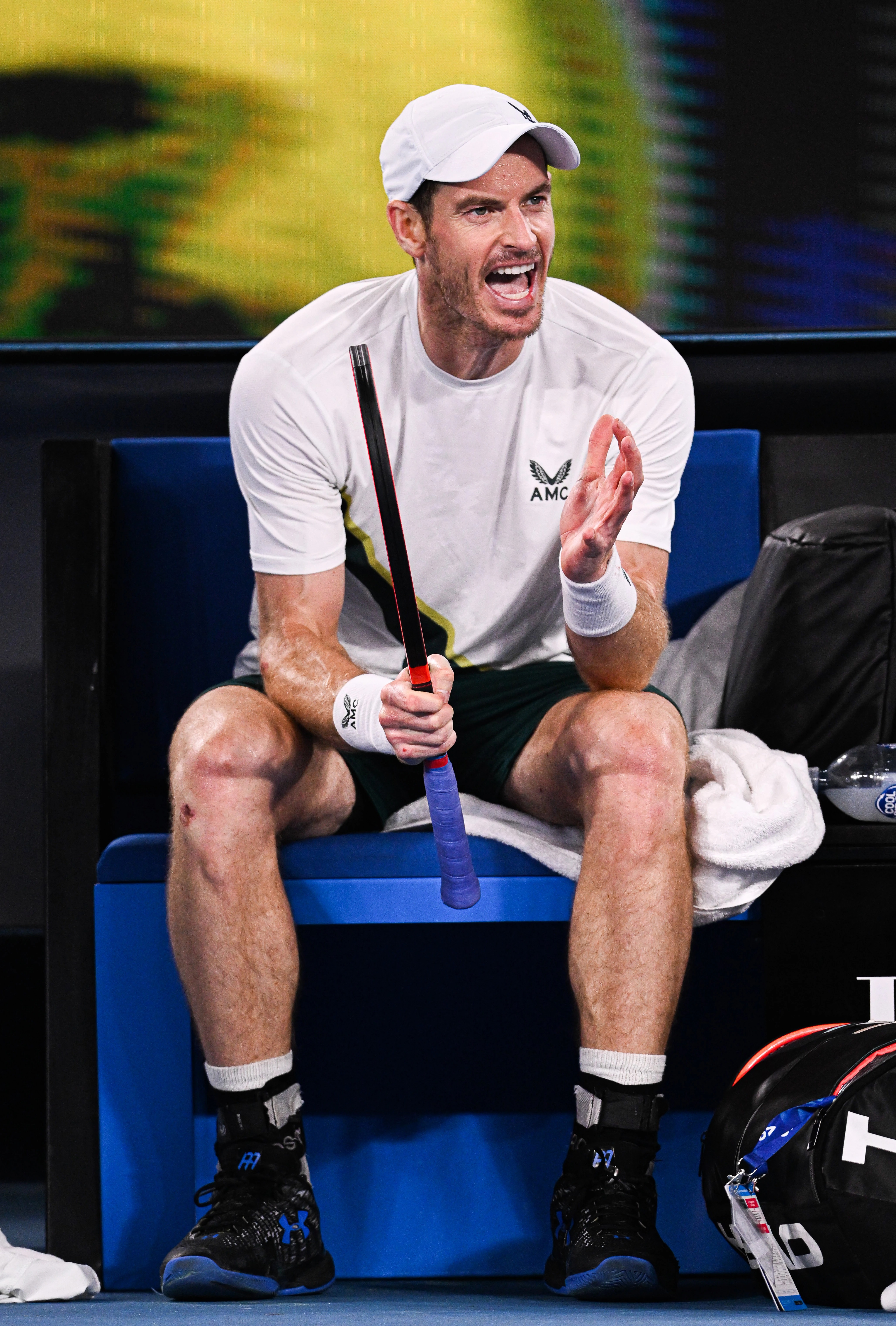 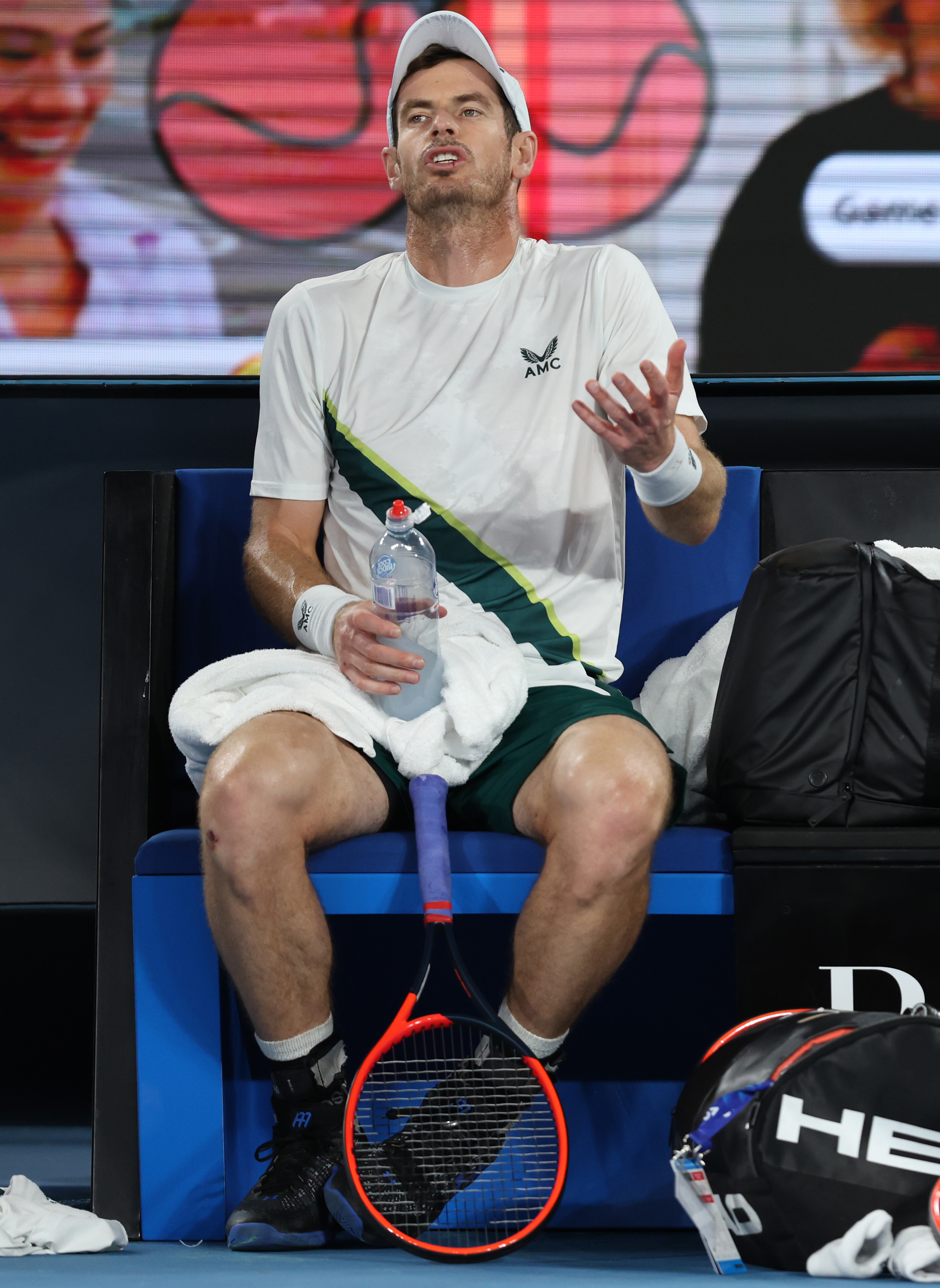 Murray had just taken the fourth set in his five-set thriller against Kokkinakis.

But while the Scot might have been used to the time being 4pm in the UK, the time Down Under was 3am.

And after taking the fourth set, a fuming Murray said: "It's 3 f***ing o'clock in the morning, and we're not allowed to take a p***.

"It's so disrespectful. It's a joke." 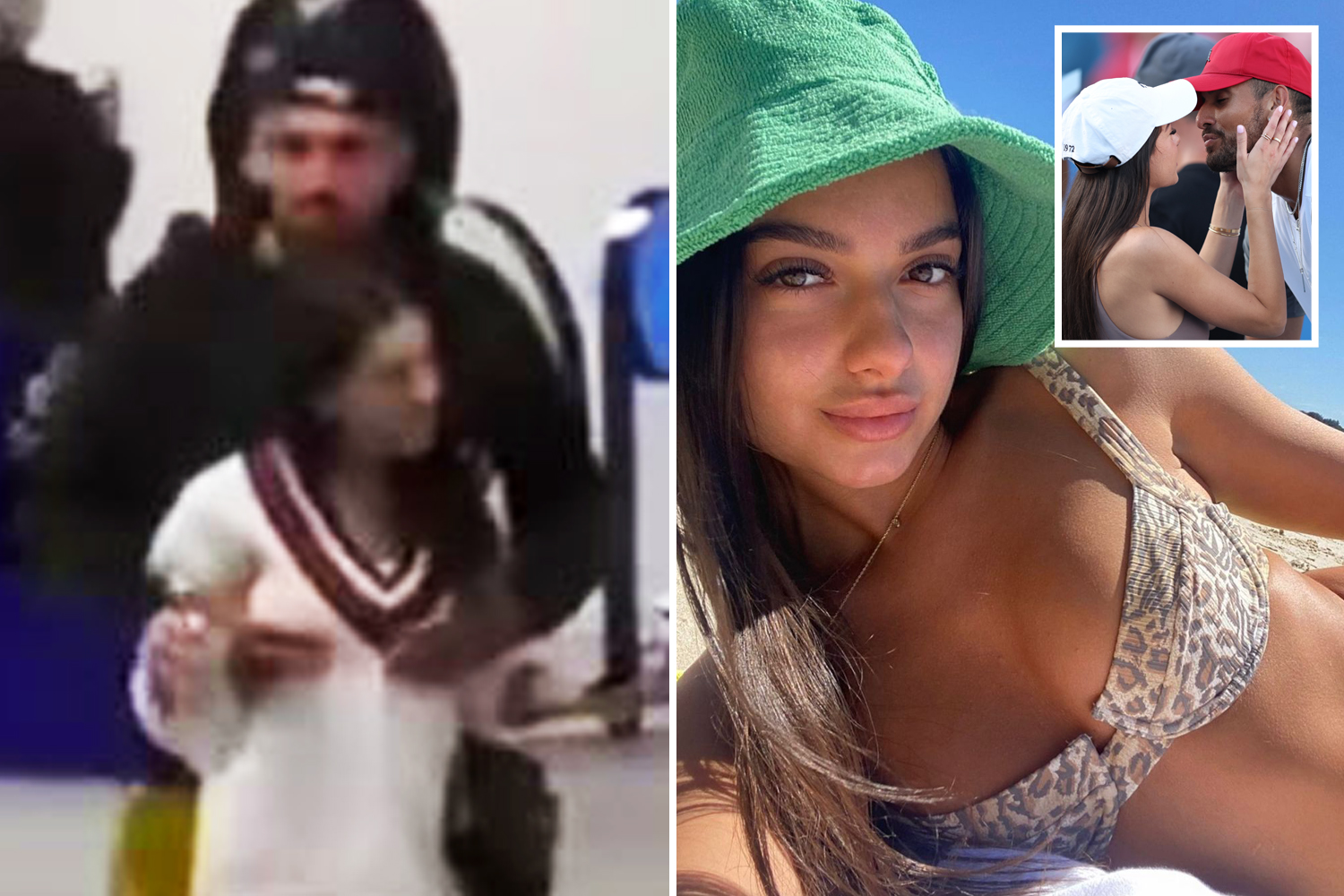 He was claiming the umpire had ruled out taking a break for a wee during the epic 5hours 45mins contest.

The five-time Oz Open finalist blasted tournament officials for preventing him from taking a toilet break in the final set of an extraordinary clash as he had used up his allocation.

He said: “I understand obviously the rules on the Tour with the toilet breaks and the bathroom breaks.

GAME FOR A LAUGH

“But you know, it’s three in the morning and I’ve been drinking all day.

“I need to go to the toilet and it’s just obviously frustrating in that moment.

“You don’t want people taking advantage of the rules but when you’re sticking players on the court at 3-4am then sometimes there needs to be a little bit of leeway.”

Earlier in the match, Murray produced an astonishing defence to deny Kokkinakis a potentially decisive advantage in the third set.

And Murray capitalised on the lifeline provided to him and sealed a stunning comeback by taking three sets in a row.

This breathtaking match followed on from an spectacular first round match against 13th seed Matteo Berrettini which went the distance before Murray won the match in a tie-break.

Murray has never won the Australian open, but been runner up in the tournament five times, with Roger Federer inflicting two defeats and Novak Djokovic inflicting three.

The 35-year-old has battled through a number of injuries in recent years, including two major surgeries, a brand new metal hip and a groin injury.