JAKE PAUL's has changed his Twitter bio for his upcoming grudge match with Tommy Fury – after previously using it to troll Conor McGregor.

SunSport exclusively reported that Paul and Fury's long-awaited face-off is set to take place on 18 December in Miami. 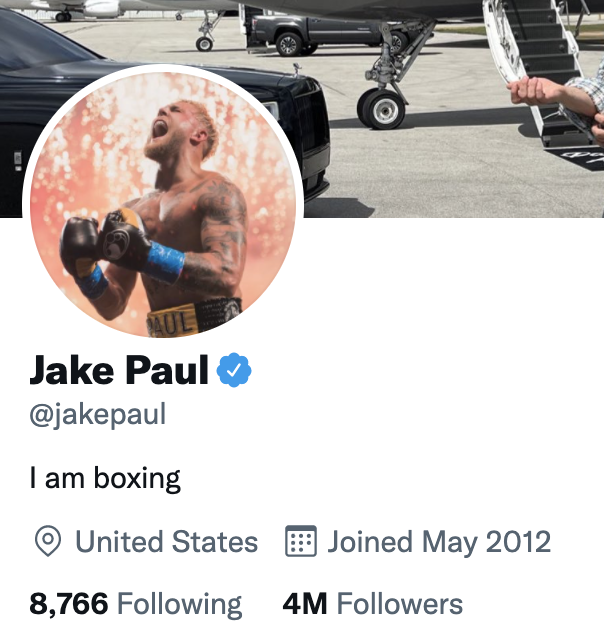 After months of trash-talking and negotiating behind the scenes, Paul and Fury will go head to head in a Christmas cracker in two months time.

Fury, 22, previously told fans that he rejected two possible deals to fight Paul, believing he was being lowballed by the American social media star.

But a deal has now been reached, with the two fighters even agreeing to another wager based on the outcome of the fight.

Paul, 24, proposed that he would pay his opponent an additional $500,000 if he loses, but if he wins, Fury would have to change his name to 'Tommy Fumbles'

Paul has also changed his Twitter bio, which now reads: "I am boxing", having previously said: "the face of the fight game", which was a copy of McGregor's Instagram bio.

The new bio appears to take aim at Fury, whose family are pre-eminent in the boxing world, with older brother Tyson and cousin Hughie both winning heavyweight clashes in the last couple of weeks.

Tyson Fury ended his historic fight trilogy with Deontay Wilder with a brutal KO to retain his heavyweight titles earlier this month.

Paul went one step further in taking aim at Fury by tweeting: "It used to be 'Jake Paul is bad for boxing' Now it’s 'Can I get on the undercard'".

Fury last fought on Paul's undercard, beating Anthony Taylor by unanimous decision with 40–36 on all three judges' scorecards to extend his professional record to 7-0

A fight with Fury in December would take Paul to an incredible three professional fights in one year, though the YouTuber is in phenomenal shape and has a strict diet and training regime.

Paul returned to the gym alongside his brother Logan this week at his adopted base camp in Puerto Rico, where he trained for his victory over Tyron Woodley.

Paul previously told SunSport: "I think isolation has been the biggest key to a successful training camp and not having any distractions. And Puerto Rico is an amazing place for that.

"There's hyper-focus down, even if you want to do something fun, sometimes there's not really much going on.

"I love it down here, the runs are amazing on the beach, this is a magical, paradise of a place to get your mind right and to just focus on the task ahead." 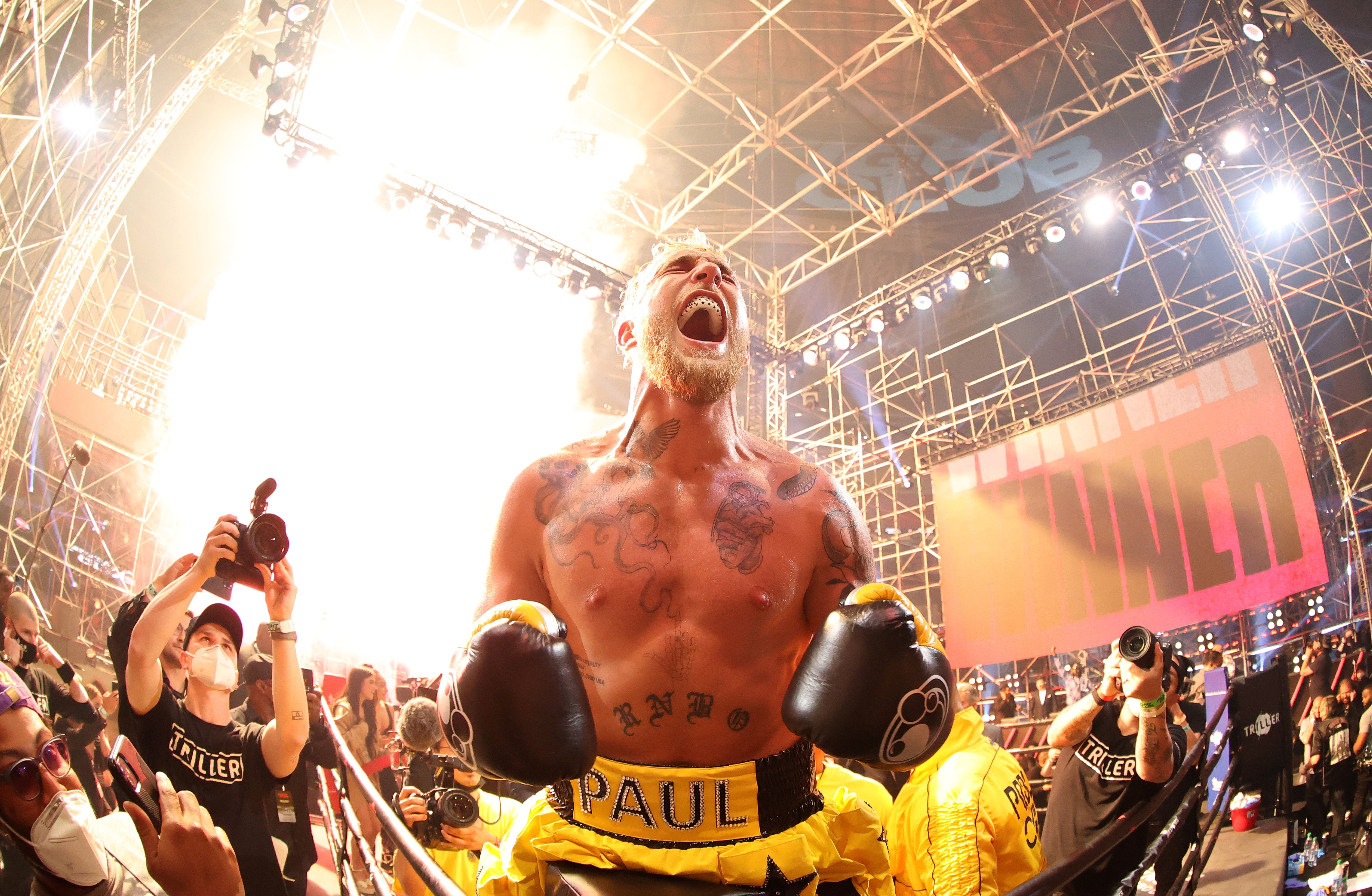 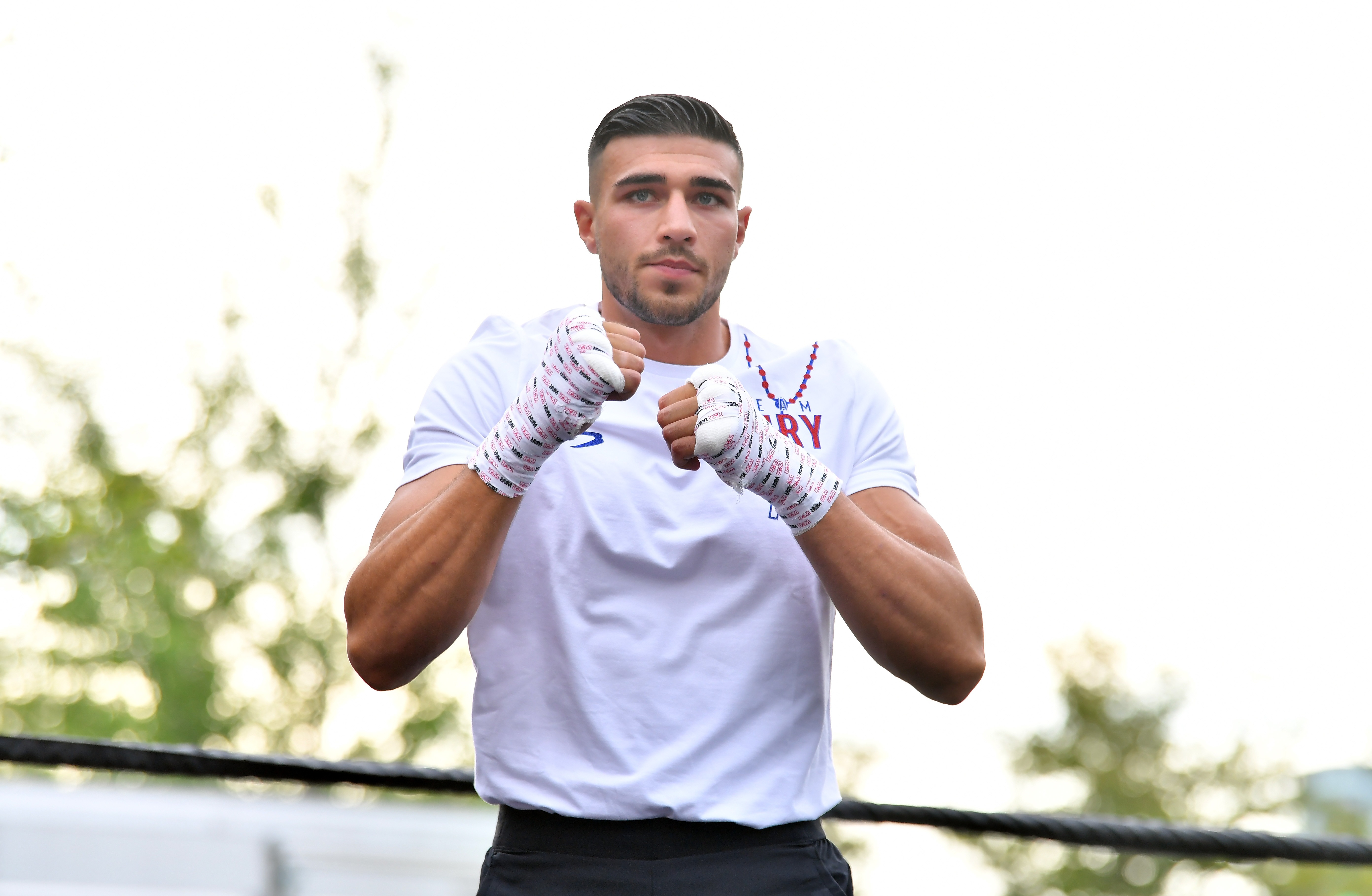