JAMES RODRIGUEZ has opened the door to a Premier League move having grown "frustrated" under exile from Real Madrid.

Joining Gareth Bale in being pushed towards the Bernabeu exit door, Rodriguez appeared only once in LaLiga in 2020 having previously been sent on loan to Bayern Munich. 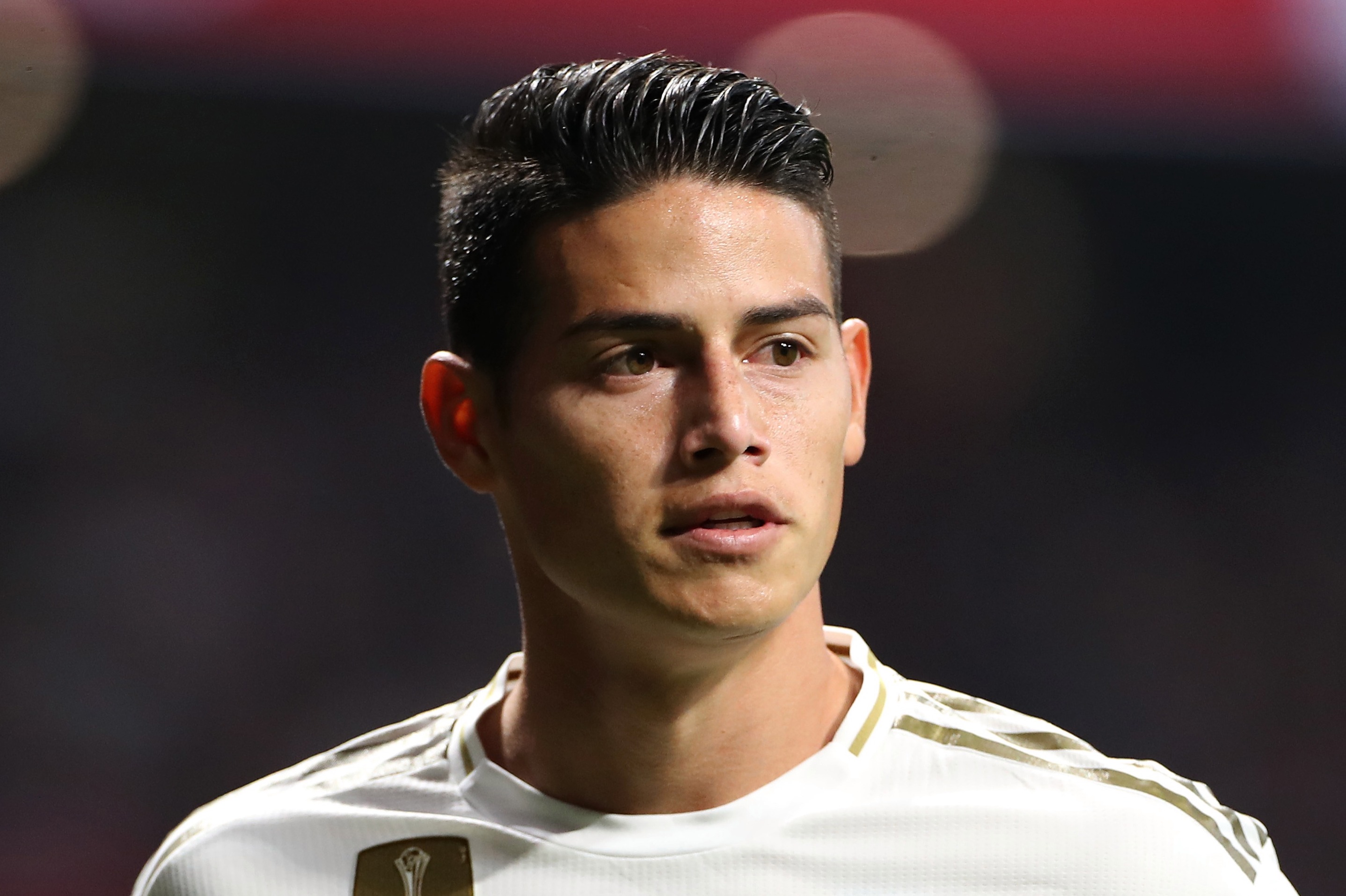 Arsenal, along with Paris Saint-Germain and Atletico Madrid, are linked with the Colombian and he is ready to contemplate a switch to England.

James told Daniel Habif's podcast: "Now there are many things, everything is over now, the virus stopped everything.

"There are many clubs that do not have so much, in a few days I know where I am going.

"I still don't know; Italy, Spain, England. It's a question that I have and I don't know, but I do want to go where I can play, where I can be happy and where I feel that I am loved by everyone.

"I've already played in France, I've been in several good leagues. Only Italy and the Premier League are missing.

For a Colombian to go to Bayern, Real, France and then the Premier League would be big.

"And for a Colombian going to Bayern, Real, France and then the Premier League would be big.

"I have to see, I place everything in the hands of God so that he can show me the way and give me a lot of wisdom to choose well."

Having earned his move to Real Madrid in 2014, the attacking midfielder quickly slipped down the pecking order and was sent on a two-year loan spell with Bayern.

And a fresh shot at Zinedine Zidane's team this campaign has not gone well, with just a single goal in 14 matches.

Rodriguez described his situation as "frustrating", explaining: "Because I know that I have the conditions for me to be able to play – not a little, to always play.

"But for other people I cannot do it. And for me it is frustrating because I know that I can be there.

"I say, 'If I were bad, I couldn't play', then I would stay calm. But no, as I said before, I am a person who always wants to win, always be, for me it is super frustrating."

That could open the way for a relatively cheap move but James, 29, admits that he has struggled to adapt to other cultures – with Germany's cold weather a particular issue for the South American.

He continued: "Although I was treated spectacularly, [Bayern] is a club that loved me a lot, living was not easy, it is cold in -20ºC.

"Munich is a city with a high quality of life. But I couldn't be comfortable… They only think about work, work and work. They are machines. They are incredible.

"When they drink these 5-litre beers, rather, they gulp it all in 25 minutes, it's incredible…"