With the Nippon league’s spring training already under way, U.S.-based players are trying to stay ready despite being barred from entering the country. 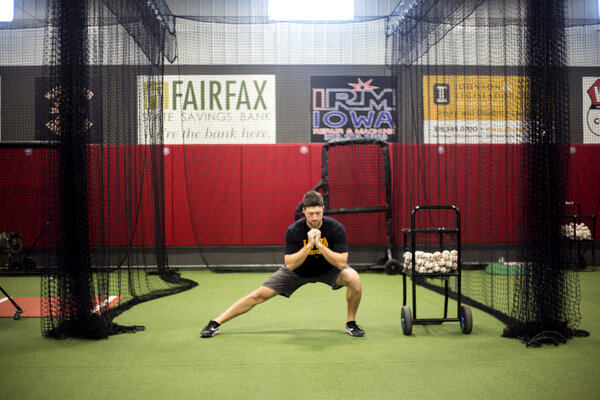 As his friends and former teammates work out at major league spring training camps across Florida and Arizona, Colin Rea trudges through the snow of eastern Iowa doing his best to prepare for the season in surroundings that don’t lend themselves to the game.

After pitching in nine games for the Chicago Cubs last season, Rea signed with Japan’s Fukuoka SoftBank Hawks over the winter. He fully expected to be training in the warmth of their southern Japan camp when it opened on Feb. 1.

Instead, Rea — like more than a dozen other players who joined Japanese clubs in the off-season — is in limbo. Japan closed its borders to noncitizens and new arrivals on Jan. 4 in a heightened effort to control the spread of the coronavirus. Originally in effect through Feb. 7, the current entry ban now extends through March 7, but it is continually being reviewed.

Until the border reopens, Rea is preparing the best he can and trying to maintain a sense of humor.

“I think high school was the last time I trained with snow on the ground this late in the off-season,” Rea said in a recent telephone interview. “I have access to a weight room and indoor bullpen, so nothing outdoors yet, but it’s supposed to warm up to 30 degrees, so who knows?”

Rea is in regular contact with the Hawks, getting updates on the travel situation and sharing video of his training sessions so the team can monitor his progress.

In spite of the unusual circumstance, it has an eerie familiarity.

“It’s kind of the same feeling as last spring and summer during the quarantine and shutdown,” he said of Major League Baseball’s four-month suspension. “It was a week-to-week thing where we had to stay in shape and throw bullpens and throw live B.P. and do what we can for work outs. So, to some degree, I feel like I know what I need to do to stay in shape on my own and be ready.” 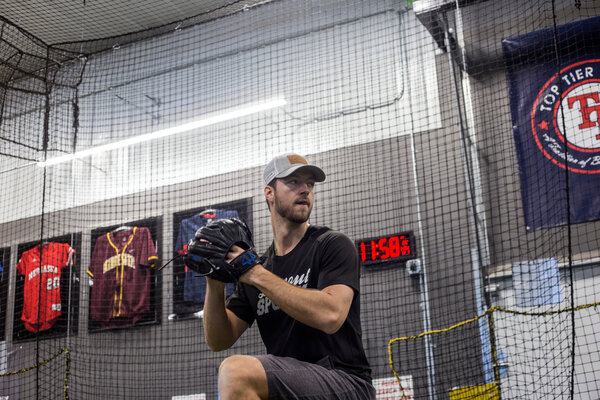 Eric Thames is in the same situation. The first baseman and outfielder, who played for the Washington Nationals in 2020 after three solid seasons with the Milwaukee Brewers, signed with Japan’s Yomiuri Giants over the winter. Instead of training with them in Okinawa, however, he is stuck at his home in Las Vegas cobbling together a training routine.

“There were like 15 guys working out here, but they’re all gone to their camps now,” Thames said in a telephone interview. “It’s down to just me and another guy who’s playing in the Mexican league this year. We’re throwing B.P. to each other and just doing what we can.”

In a bygone era of Japanese baseball, players from abroad frequently sauntered into spring training after their Japanese teammates, believing they did not require the longer training period. Thames, however, was planning for an on-time arrival, which has become standard practice.