JOURNEYMAN jockey Robbie Dunne has been charged by the BHA over bullying allegations towards Bryony Frost.

The authority is nearing the end of a lengthy investigation into Dunne’s behaviour and has been persuaded that the 42-year-old has serious questions to answer. 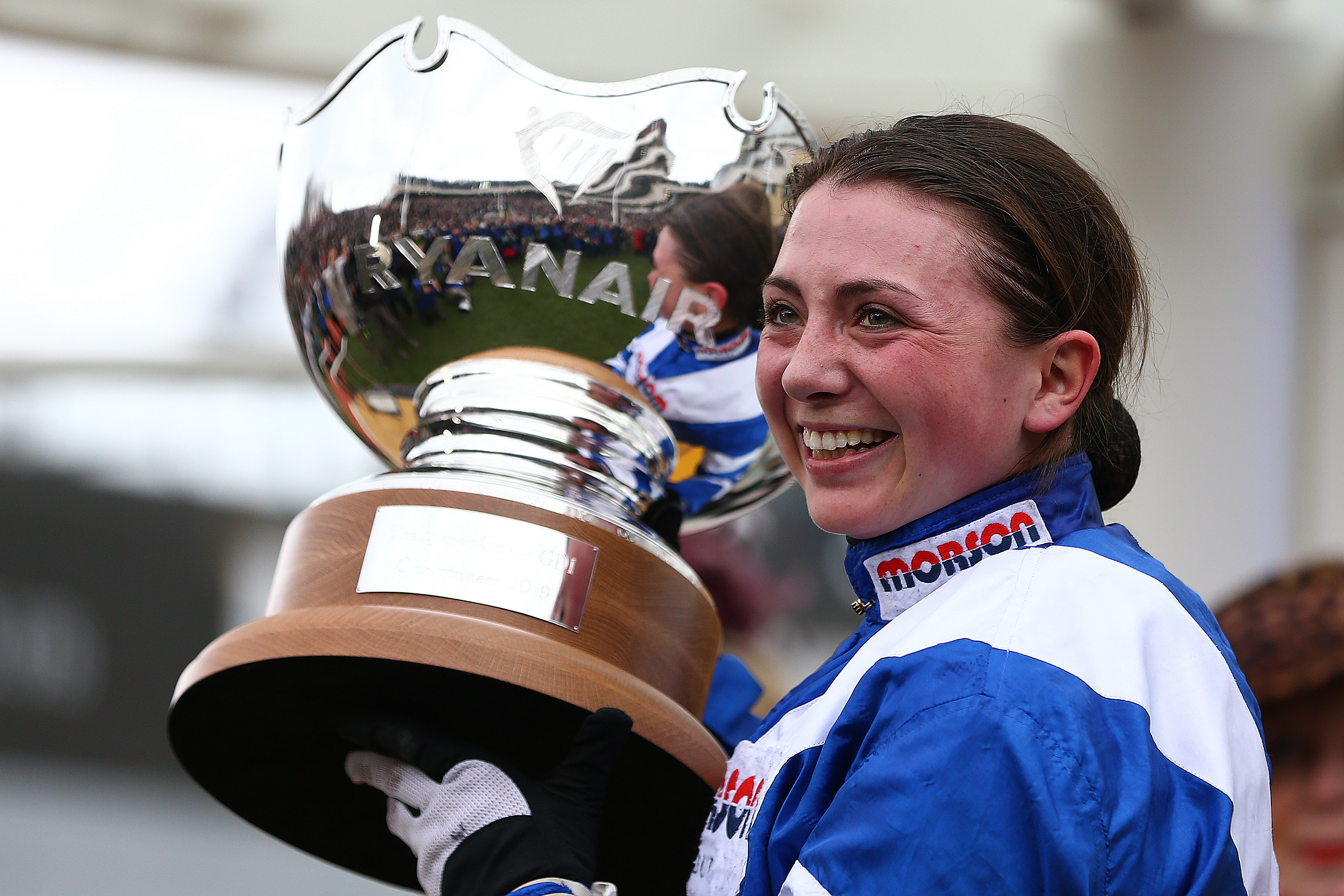 A leaked 120 page report was submitted by the BHA’s integrity team in April after evidence was heard from the pair, as well as a number of other high-profile names in the weighing room.

Dunne, who denies most of Frost’s claims, has been charged with "conduct prejudicial to the integrity or good reputation" with opening hearings scheduled for the near future.

The explosive report centres around three incidents between July and September last year and includes a number of alleged foul-mouthed rants aimed at Frost.

The first of these was at Stratford where Dunne thought Frost had cut her up on the track and allegedly let her know in no uncertain terms.

In a statement to the BHA, Frost claimed: “Robbie cantered up to me and said something on the lines of, ‘You’re a f***ing whore, you’re a dangerous c***’, and ‘If you ever f***ing murder [cut across] me like that again, I’ll murder you.’”

But evidence goes back as far as 2017, early in Frost’s career, with the 26-year-old claiming Dunne would stand in front of her naked in the weighing room.

Dunne and his mount fell with the horse having to be put down as a result of the broken shoulder he suffered.

Frost, in an interview as part of the investigation, claimed Dunne shouted at her in the weighing room after the incident.

She alleges Dunne said: “The next time I ride against you I promise I will put you through a wing [the rail that marks the side of the course].”

Frost felt it was time to confront Dunne over his behaviour and described her version of the following events.

She claimed: “After threatening me, Robbie walked off. It was at that stage when I felt I had had enough. I couldn’t take his bullying and threats any longer.

“I asked, ‘Robbie, what’s your problem?’ And he responded aggressively, ‘My problem is you murder f***ing everyone and I promise you the next time we ride against each other I am going to hurt you.’

“I went on to say something on the lines of, ‘OK, so you want to hurt me, so what’s that going to achieve, what is this all about. This just can’t be about today.

“Let’s say you do hurt me, you’re going to get a ban, it’s going to cost you winners, all for what? You have had a vendetta against me for as long as I can remember.’ My voice was calm, I was trying to calm the whole situation down.”

She then alleged: “He laughed, he had his back to me getting changed and then he turned to me and said with the same aggression, ‘I promise you I am going to hurt you. Watch the replay, you completely cut my head off.’

“I replied, ‘I watched the replay, I was nowhere near you.’

“Feeling very shaky, I pulled myself together as I had another race. However, after it, I burst into tears and I couldn’t go out for 20 minutes.

“It’s the first time that I put my saddle on the table and thought I don’t want to be here anymore. I was so distressed I couldn’t even pack my own bag.” 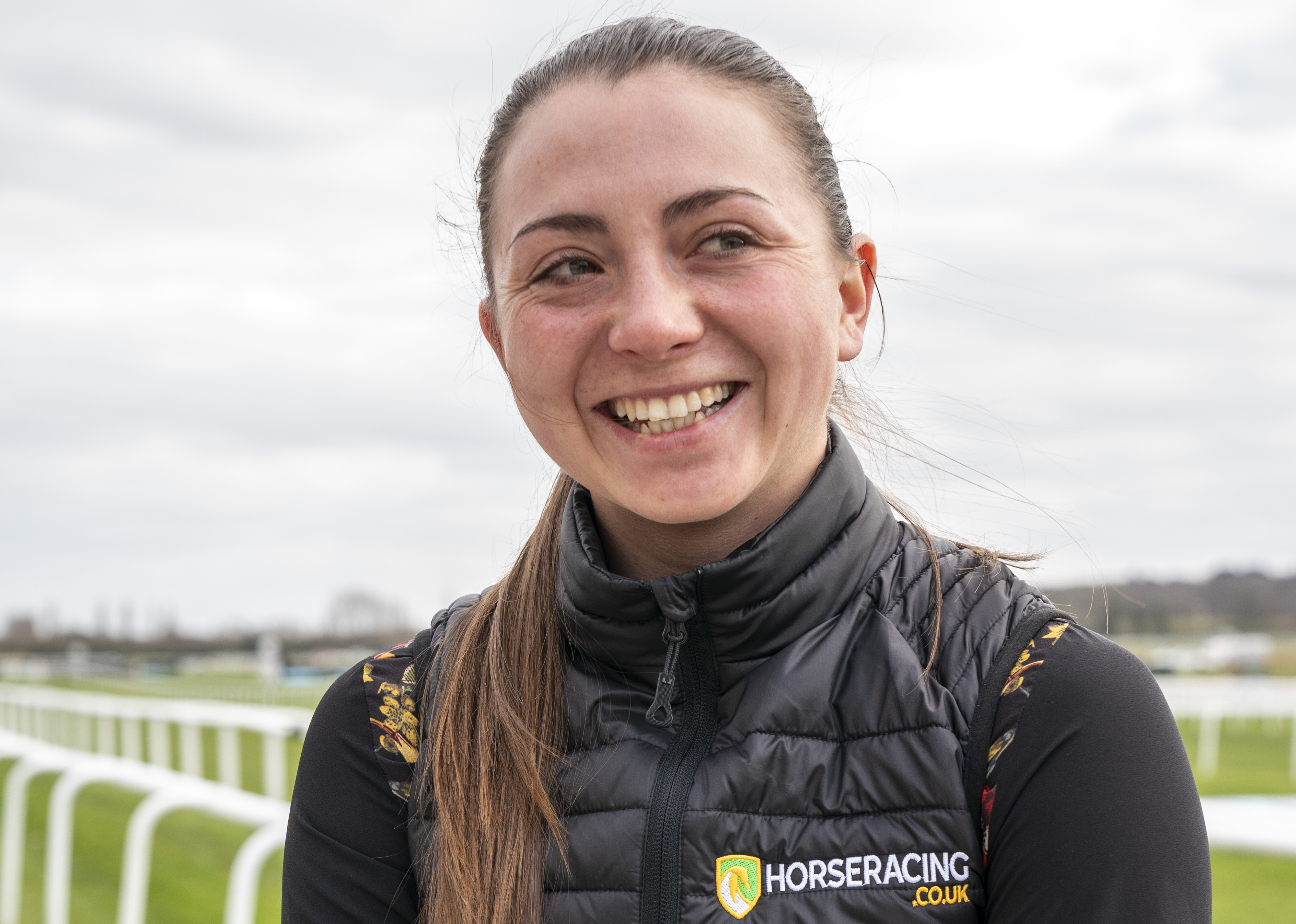 In his evidence Dunne revealed he was allegedly on the end of an intimidating phone call in response to the ongoing feud.

Four days after the crossed words at Southwell, Dunne was on his way to Perth and answered his phone.

He was allegedly told: “You listen here. I’ll come and break your legs. Your legs are gonna be broken.”

Dunne reported the call to Dale Gibson of the Professional Jockeys Association, who, Dunne says, told him not to worry and to let it blow over.

The report also includes details of other jockeys interviewed as part of the investigation with concerns raised about a ‘cultural issue’ of not reporting issues such as those alleged by Frost.

It meant Frost was left to fight her cause seemingly on her own with only her dad and trainer Jimmy Frost for support and advice.

Valets said the argument was simply ‘bickering’ and other riders believed the incidents were not unusual.

The report stated: “There is a cultural issue in which threatening behaviour is condoned and not reported in the weighing room.

“It is submitted that it is likely that this is why it has been difficult for the BHA to gather detailed witness evidence from occupants of the weighing room.”

“This case is close to reaching its conclusion, with directions hearings scheduled for the near future. It is an important case and one that the BHA is taking very seriously. Cases such as this may be complex and involve significant legal representation.

“In order to ensure fairness for all parties such procedures – including the directions hearings – must be allowed to play out in full, and in private rather than through the media.

“However, as is usual process, and in the interests of openness and transparency, the BHA would make public the details of any cases which are heard in front of its independent Disciplinary Panel, prior to any hearing taking place.

“Separately, Racing is not immune to issues around conduct and behaviours which are prevalent in all aspects of society and other sports. The BHA has already announced that it is working alongside our industry’s participants to develop a Code of Conduct for anyone involved in the sport, which will be enshrined in the rules and ensures that appropriate behaviours are endorsed and bad behaviours are discouraged.”

Dunne's legal team responded by hitting out at the BHA over its handling of the investigation and leaked report.

Dunne's solicitor Daryl Cowan said on Sunday: "The BHA has completely lost control of this case. Under the BHA’s much vaunted Judicial Panels’ Code, the case papers relevant to an investigation are, or are supposed to be, strictly confidential.

"The BHA has admitted to us that the original leak may have come from within its own Integrity Department, and that it has notified the Information Commissioner.

"Notwithstanding that my client is the victim of the leak, the BHA has point-blank refused to give us any details whatsoever. It has adopted a self-serving siege mentality, with a callous disregard of the welfare of my client and his family.

"I will not comment on the specific issues within the case, but will say that much the biggest scandal for racing here has been the utterly inept and flawed investigation carried out."