Home » Sport » Jockey wins historic race aged 49, five years after being ruled out of race due to cancer diagnosis

Jockey wins historic race aged 49, five years after being ruled out of race due to cancer diagnosis

THERE was barely a dry eye in the house as Rachel Rennie lifted the famous Newmarket Town Plate on Saturday.

The 49-year-old had hoped to ride in the race back in 2016, but sadly missed the historic event after she was diagnosed with breast cancer. 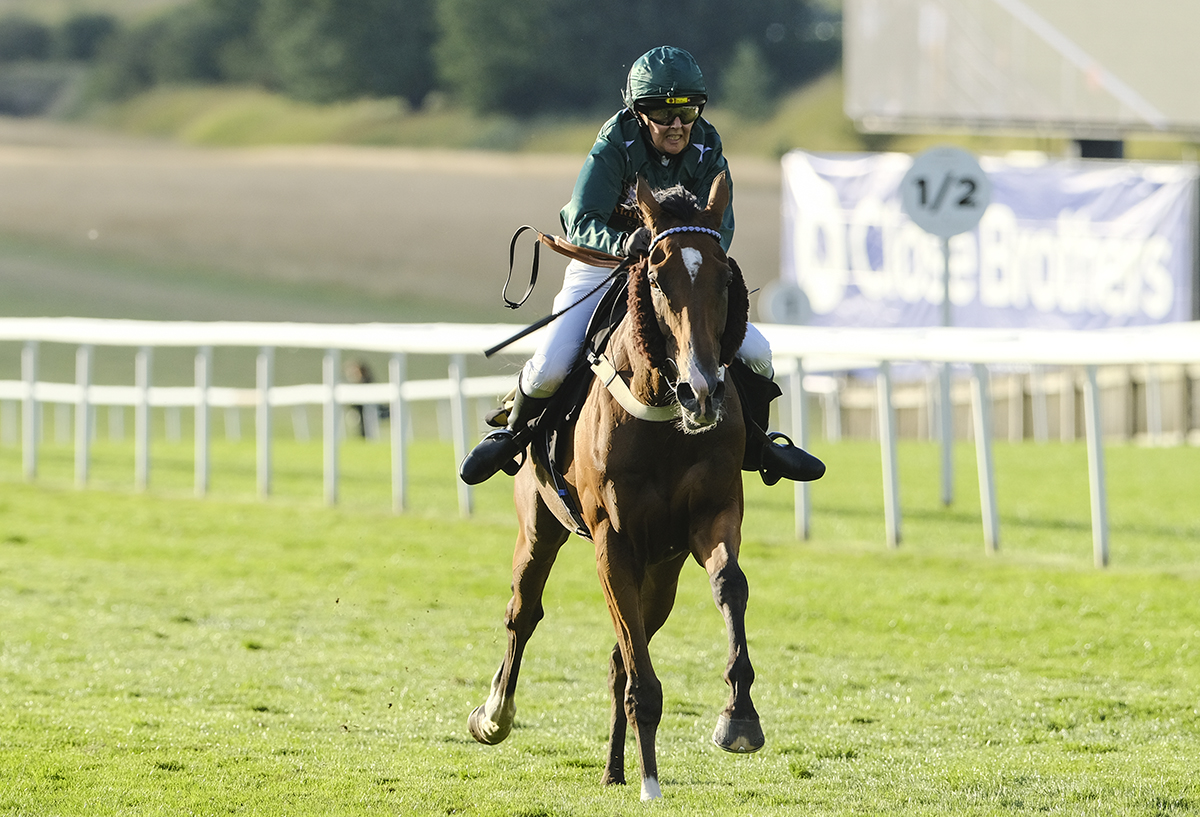 But after surgery and 28 rounds of chemotherapy and radiotherapy, her dream finally came true five years later.

She partnered Martin Smith's Friends Don't Ask to victory in the race first staged in 1666 – the longest-running of its type in the world.

After a buzz like none other, Rennie is even now thinking about taking out her amateur licence.

She said: "I’m just amazed I managed to get back from cancer and get fit. I’m fitter than I thought I was, as that was a major worry.

“I’m just glad to be here to do it and maybe I’ll be here again next year to do it. There was a little bit of me thinking back to five years ago as this was the culmination of the getting back progress. It was the one thing I didn’t get to do then that I have now.

“It is great. I could hear people shouting at me which I didn’t think I would be able to with the crowd that was here.

“It is slightly tempting to go for the amateur license as I’ve got a couple of horses I could ride in flat races. It is just a case of it being a full-time effort rather than just a three month effort.

“It has to definitely be one of the highlights of my life. Although I said I’m competitive I’ve never done loads of competitive things apart from horse-based stuff so to do something that is a bit more than your local show is good. The whole thing has been very special.”

The winner of the historic prize gets a pack of sausages for their troubles and Rennie and Friends Don't Ask came in by a length from Stripe Of Honour in the 351st renewal.

The race is also the longest Flat race in the world, staged over three miles and six furlongs.

Rennie added: "The yard had the eyes on the prize of the sausages and they wouldn’t have been happy with anything else!

"I’ve had people shouting at me across the gallops in Newmarket all week. The reaction to this has been great.

“All the lads talk to each other and they often asked which one is the Town Plate horse when we were out. They were telling them ‘this is the Town Plate winner’ on Friday and I thought ‘Oh God do you have to?!’

“I was on Radio Suffolk in the morning before the race, so I might have another invite back on there on Monday morning.”