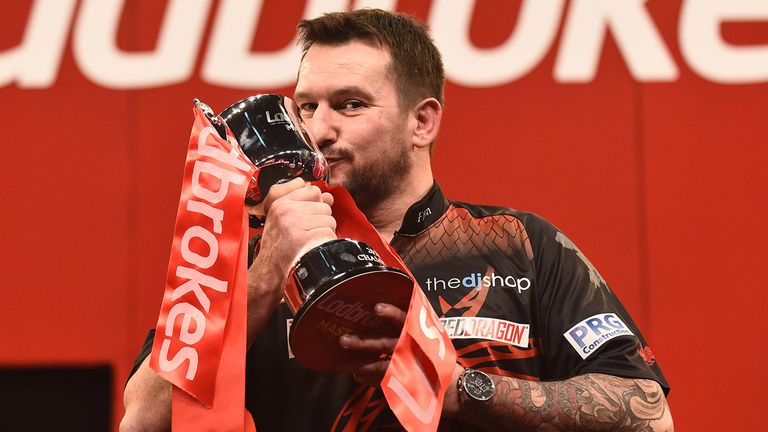 Jonny Clayton lifted his first individual televised PDC title at the Masters which helped secure him the 10th and final place in the 2021 Premier League.

Nine players were announced for this year’s Premier League following the World Championship final on January 3 – with the 10th spot being left open until after the Masters.

Clayton and Mervyn King both won through to the final with some superb darts across the weekend – with the latter knocking out world champion Gerwyn Price in the semi-finals and the Welshman overcoming Michael van Gerwen on Saturday.

The Masters final became a shoot-out for the final Premier League place, with Clayton’s outstanding 11-8 triumph seeing him progress to complete the field for the prestigious event.

The popular Welshman averaged 104.1 in the final, maintaining the clinical finishing he displayed throughout the tournament to defeat King. 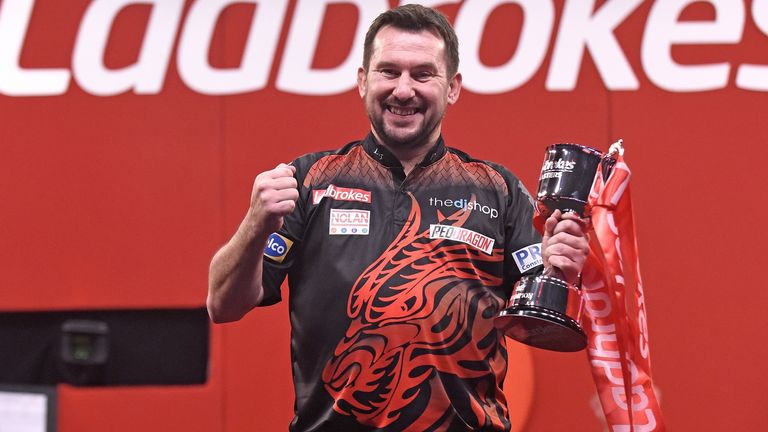 The victory for Clayton follows his triumph alongside Price for Wales in the World Cup of Darts last November, while he also made a Challenger appearance in the 2020 Premier League against Michael Smith in Cardiff.

However, he will now play full-time in the forthcoming season, which is scheduled to commence around Easter after being delayed from the traditional February start. “I’m over the moon, absolutely chuffed to bits. I was hoping for a place in the Premier League – it’s amazing.”

Clayton’s route to the final was a dramatic one, coming through last-leg deciders against Jose de Sousa, Van Gerwen, James Wade and Peter Wright to reach the final.

“To get over that winning line in my first individual final is an amazing feeling,” said Clayton, who picks up £60,000 as champion.

“It wasn’t the best of matches, we’ve both played better in this tournament but that was to be expected given what was at stake.

“I was so glad I didn’t have to play another deciding leg. At one stage I thought Mervyn was going to take me all the way.

“He went to sleep for a couple of legs and I took advantage to go in front, from there I played pretty consistent.” Clayton only learned of his Premier League place as he prepared to lift the Masters trophy when the news was confirmed on stage by MC John McDonald, but will fulfil an ambition to compete in one of darts’ biggest events.

“To hear that up there [on stage] was a shock,” he admitted. “I’m over the moon, absolutely chuffed to bits. I was hoping for a place in the Premier League – it’s amazing.”

Thanks Mike mate, am I in the big boys club now 😎 https://t.co/eAKitFJrLt

Clayton also works as a plasterer but will consider becoming a full-time professional after claiming his second televised title and a Premier League place.

“Maybe it is time,” he admitted, speaking on ITV. “I need to give it my best shot that I’ve got so it’s a lot of hard thinking, big chats with [wife] Elen and the kids, so let’s see.”

ABSOLUTELY OVER THE MOON – lost for words 🙆🏼‍♂️🙆🏼‍♂️🙈- never felt so good, 31 years of hard work has paid off. Thank you to everyone who has supported me from the start, family, friends, work colleagues, sponsors everyone and I mean everyone 🏴󠁧󠁢󠁷󠁬󠁳󠁿🥇🏆- Gwaaaaaaaaaaan 🏴󠁧󠁢󠁷󠁬󠁳󠁿😍 pic.twitter.com/hdQMQMCnBU

Watch full coverage of every night of the Premier League on Sky Sports, and stick with us through the year as we bring you the latest darts news on skysports.com/darts, our app for mobile devices and our Twitter account @skysportsdarts