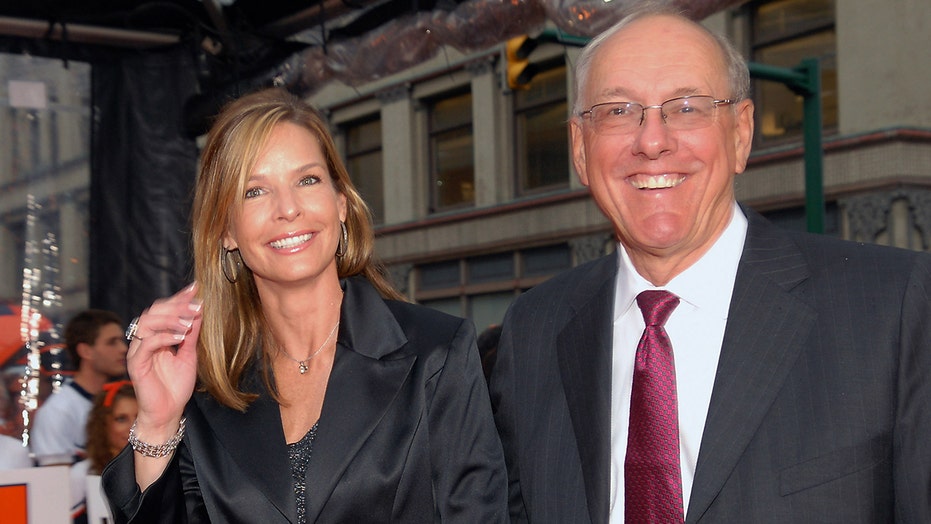 Syracuse police said the robbery occurred outside Destiny USA just after 2 p.m. A male youth had a conversation with the victim before he pointed a gun at her and reached into the car and grabbed the victim’s purse, according to authorities. The Rochester Democrat & Chronicle reported Juli Boeheim was the victim. 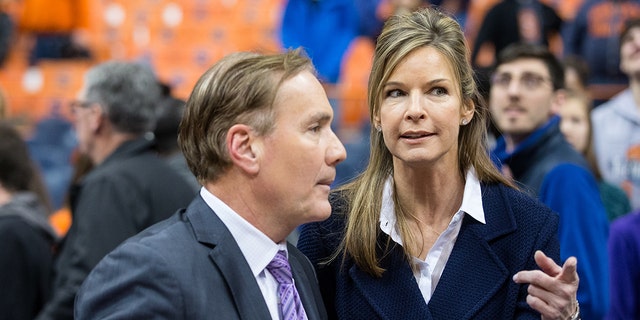 Juli Boeheim, wife of Jim Boeheim, speaks with a member of the ESPNU broadcast team following a basketball game between the Syracuse Orange and the Hampton Pirates on Nov. 16, 2014, at The Carrier Dome in Syracuse, New York. Syracuse defeated Hampton 65-47.
(Brett Carlsen/Getty Images) 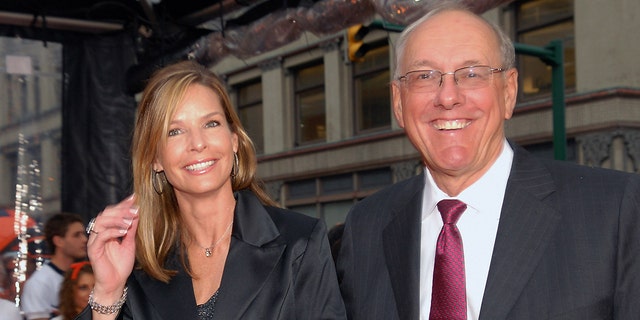 Juli and Jim Boeheim have been married since 1997 and have three children – two sons and a daughter. Jimmy and Buddy Boeheim are both playing for the Syracuse men’s basketball team. The Orange are 15-15 this season and 9-10 against ACC opponents. 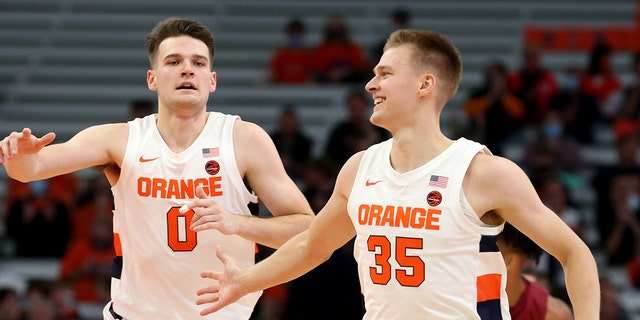 Jimmy Boeheim #0 and Buddy Boeheim #35 of the Syracuse Orange celebrate after a three-point basket by Buddy Boeheim during the first half against the Lafayette Leopards at the Carrier Dome on Nov. 9, 2021, in Syracuse, New York.
(Bryan M. Bennett/Getty Images)

The Boeheims also run a charitable foundation. Their charity “strives to enrich the lives of kids in need within our Central New York community, as well, as, provide support for eliminating cancer through research and advocacy,” according to their website.