JULIAN NAGELSMANN and Jurgen Klinsmann are the leading contenders to replace Jose Mourinho at Tottenham.

Mourinho has been axed by Daniel Levy after just 17 months in charge. 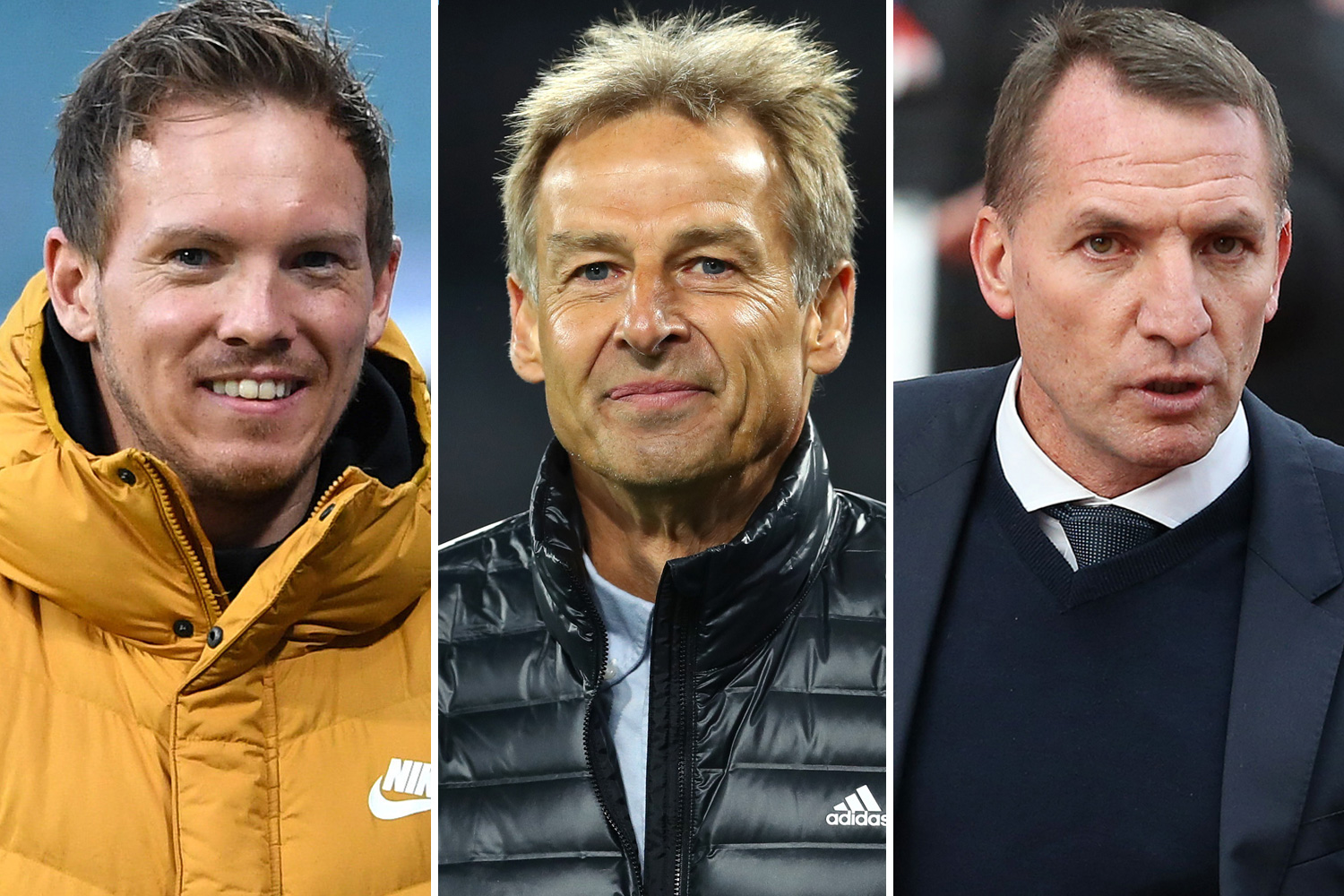 And the search is underway to find his replacement with Germans Nagelsmann and Klinsmann the leading contenders for the position, according to bookmakers Betfair.

Mourinho replaced Mauricio Pochettino in December 2019 and guided the club to a sixth-placed finish during his debut campaign.

Out of the Europa League, Spurs sit in seventh position – five points off the top-four with six games of the season remaining.

Levy wrote in an official statement on Tottenham's website: "Jose and his coaching staff have been with us through some of our most challenging times as a Club.

"Jose is a true professional who showed enormous resilience during the pandemic.

"On a personal level I have enjoyed working with him and regret that things have not worked out as we both had envisaged.

"He will always be welcome here and we should like to thank him and his coaching staff for their contribution."

With the Portuguese now gone, first-team coaches Ryan Mason and Chris Powell will take charge for the remainder of the season.

But who will get the job one a permanent basis?

The 33-year-old has a growing reputation as one of the most exciting coaches in European football having taken Leipzig to the semi-finals of the Champions League in his first season in charge.

He's joined at the head of the market by Klinsmann.

The former Spurs forward, who scored 29 goals for the Club, was a 50/1 shot early on Monday morning but a flurry of bets has seen his price shorten to 7/2.

Ex-Juventus coach Massimiliano Allegri is available at 10s with Steven Gerrard and Scott Parker locked together at 12/1.

Rafa Benitez and Wolves' Nuno Espirito Santo are both offered at 14/1 with England boss Gareth Southgate at 16/1 chance.

Betfair Spokesperson, Sam Rosbottom said: "Following the news of Jose Mourinho’s departure, we make Julian Nagelsmann the 7/2 favourite to take over from him and become Tottenham’s next permanent manager.

"We have seen plenty of action on this market already, with Spurs underperforming throughout the campaign and the RB Leipzig coach has been a favourite with the punters for quite some time now.

"However, Jurgen Klinsmann is the BIG market mover on Betfair and he's been a very popular bet to become the next Spurs manager. He is now joint favourite at 7/2, in from 50/1 an hour ago."