JUSTIN BIEBER tipped Conor McGregor to avenge his UFC 264 loss to Dustin Poirier after receiving an MTV award from the Irishman.

Notorious was beaten by Diamond in July after he suffered a broken leg in the first round of their trilogy fight. 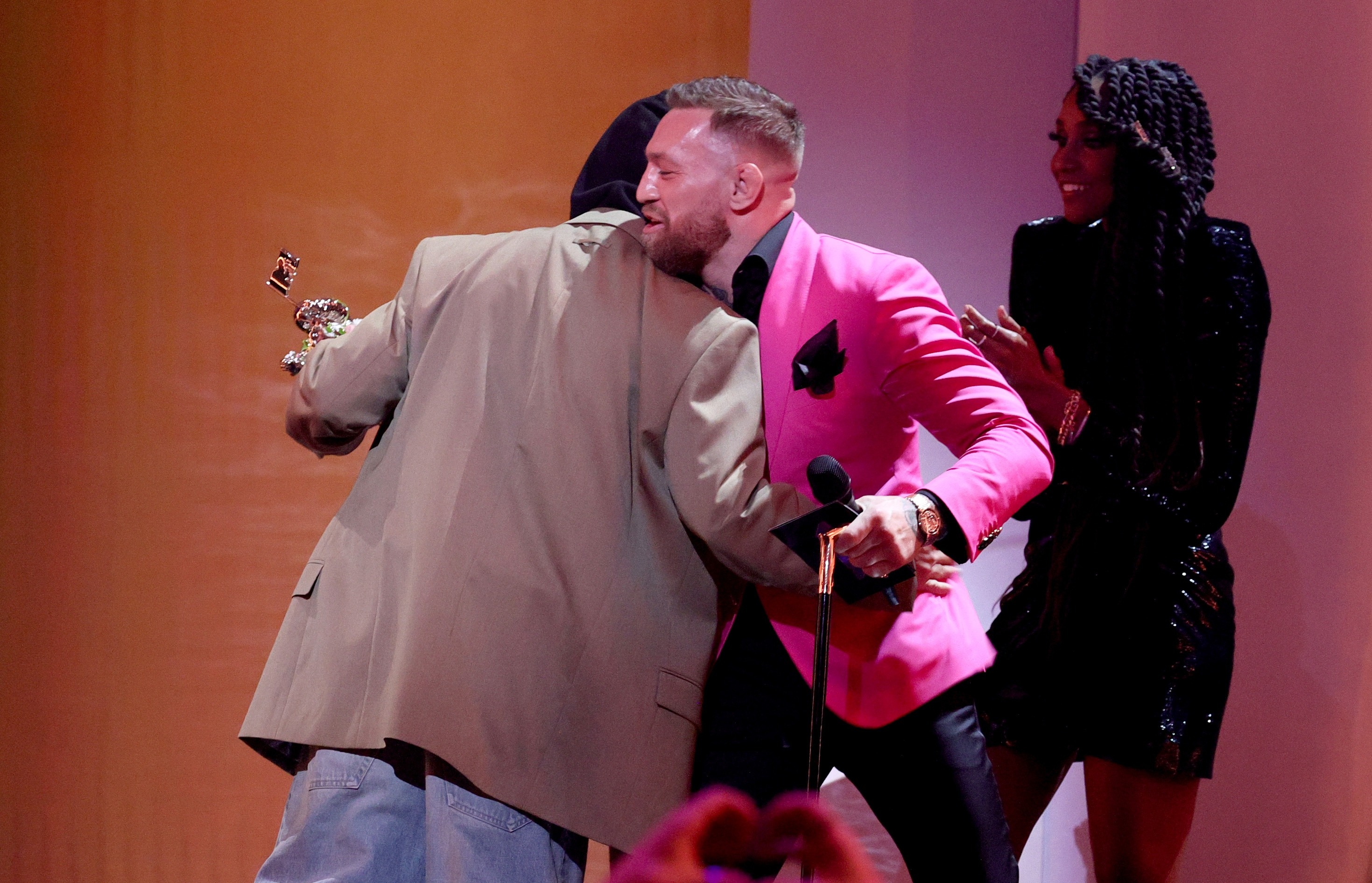 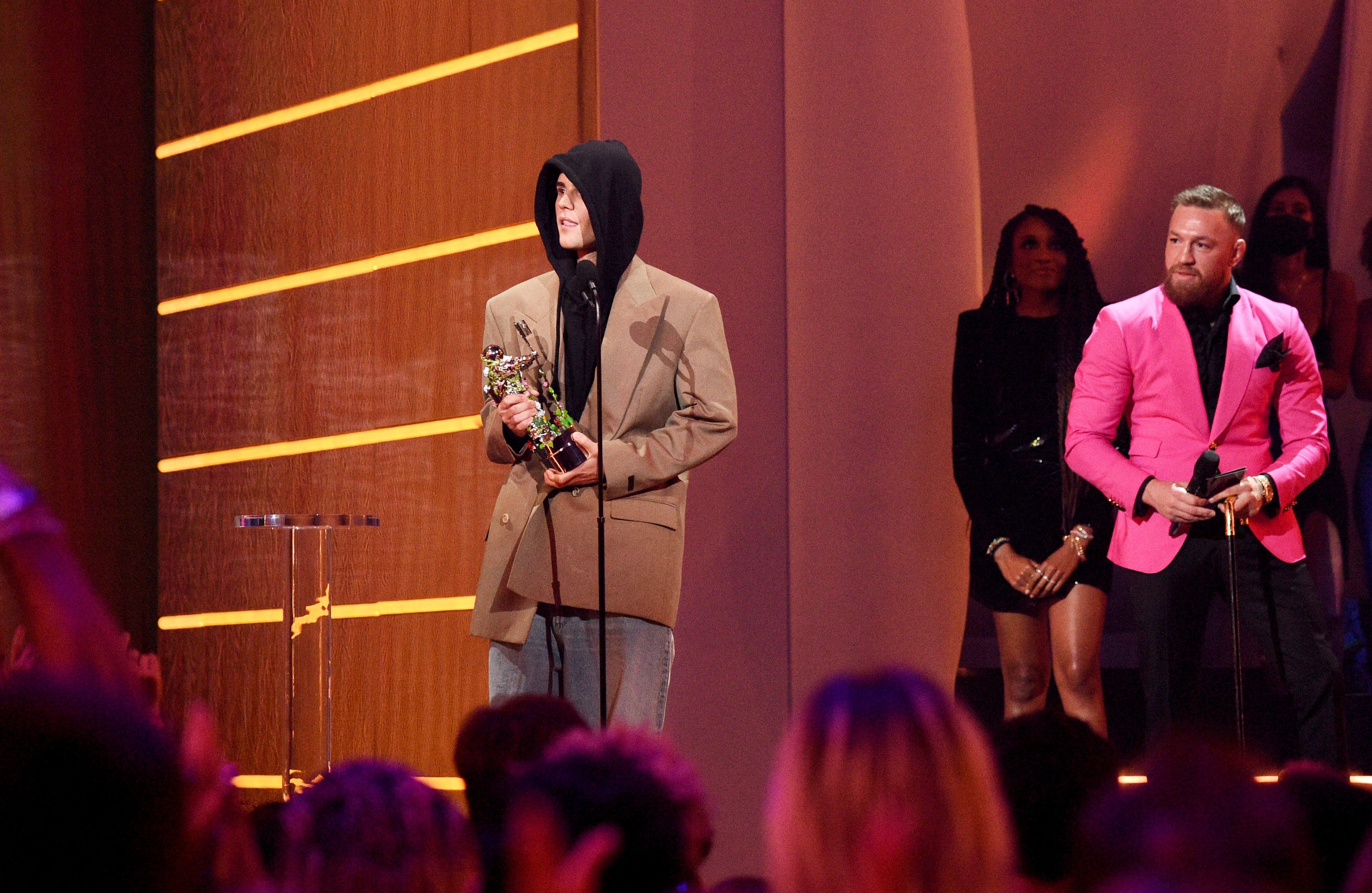 The 33-year-old is on the road to recovery and was on hand to present Bieber with the artist of the year prize at the VMAs moments after his red carpet incident with Machine Gun Kelly.

Prior to the show, McGregor had an altercation on the red carpet with rapper Kelly which resulted in the pair being separated by security.

McGregor's spokesperson denied the incident – which allegedly started when Kelly denied the Irishman a photo opportunity.

Kelly allegedly pushed McGregor, which made the ex-UFC champion stumble backward and spill his drink.

Security then had to hold the two celebrities away from each other after McGregor allegedly threw his drink at Kelly according to the celebrity news site.

Following the incident, McGregor took to the stage to award Bieber the prize he won ahead of Megan Thee Stallion, Doja Cat, Ariana Grande, Olivia Rodrigo, and Taylor Swift.

The Canadian popstar then took to the stage and delivered an acceptance speech that reflected on the global pandemic – before later backing his fighter pal to bounce back in spectacular fashion when he takes on Poirier again.

Bieber said: “I know you guys have probably heard it a lot, but we are in unprecedented times right now, with this, um, Covid thing that’s happening.

“We’re all here together, you know? And we got a lot more in common than we don’t.

"And I look around here and I see so many beautiful faces, and I really do believe the best is yet to come.”

Bieber turned his attention to McGregor, saying: “We’re gonna get ’em next time.