KARIM BENZEMA is available for France selection for the World Cup final, it has been revealed.

It comes despite the Real Madrid ace picking up an injury prior to the tournament starting which saw him sent home before a ball was kicked in Qatar. 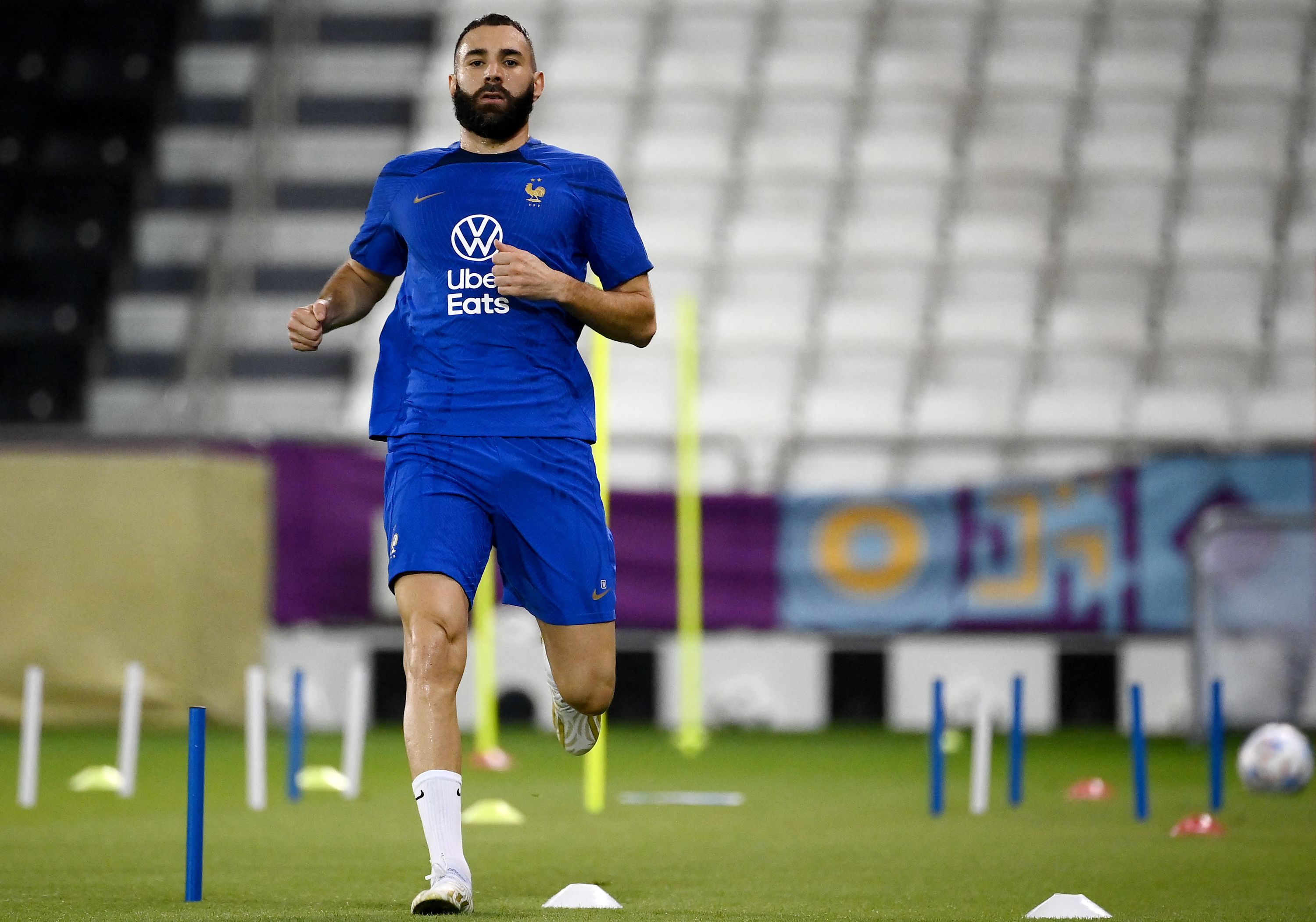 But Benzema could make a shock return to the France squad with a view to playing a part in the World Cup final.

And it could not have come at a better time, with a sickness bug ripping through the France squad.

After getting injured in training days before Les Bleus opener, a three-week timeline was set for Benzema to return to fitness – yet Didier Deschamps ruled out his return to Qatar.

But Marca report he has returned on time and has in fact been training without issue since last Saturday.

World Cup semi-final BOOST: Get Morocco to beat France on penalties at 14/1

And this means he could make a return to the fold if needed because he was never replaced in the French team.

The strong form of Olivier Giroud means such a return is unlikely, however, with the AC Milan star's goals so far proving vital for his nation in Qatar.

None of his goals were more important than his late winner against England, with Harry Kane missing a penalty which allowed France to progress into the semi-final.

The 2018 champions now face a test against a stubborn Morocco side which has already claimed the scalps of Iberian neighbours Spain and Portugal in consecutive rounds.

Of course, all eyes will be on Paris Saint-Germain star Kylian Mbappe, but as proven in the quarter-final, even when he is kept quiet the rest of the team can prove dangerous.

Benzema missed out on 2018 World Cup glory due to his ongoing issue with compatriot Mathieu Valbuena, which kept him out of the national set-up until 2021.

It means the 34-year-old's only World Cup performance to date has been in 2014 when France crashed out during the quarter-finals.