Home » Sport » Katie Ledecky now has the most Olympic individual golds of any female swimmer.

Katie Ledecky now has the most Olympic individual golds of any female swimmer. 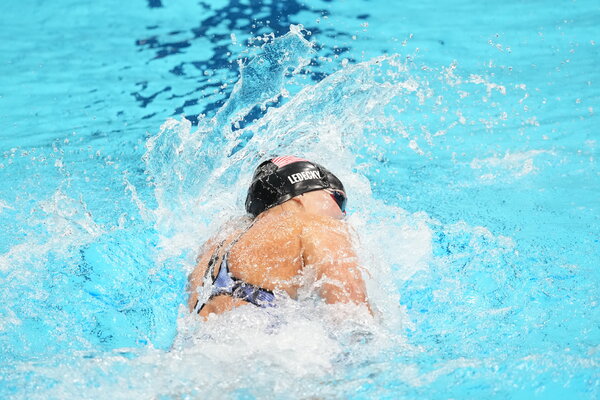 Katie Ledecky, the U.S. swimmer, has always tried to distance herself from the field, and the Tokyo Olympics have been no exception.

She won two gold medals this week, in the 800-meter freestyle and the 1,500-meter freestyle, which is a new Olympic event for women this year. That gives her six Olympic gold medals in individual events over her career, the most of any female swimmer, and more than any man except Michael Phelps, who has 13.

She has seven total gold medals, including one she won with the U.S. 4×200 freestyle relay team in the 2016 Rio de Janeiro Olympics. She also has three silver medals — two earned in Tokyo this week, one in Rio — for a total of 10 medals overall.

Ledecky, 24, said Saturday that she intended to continue competing, and to qualify for the 2024 Games in Paris. She is still the world’s best female distance swimmer, but a new generation of athletes is catching up with her, and even overtaking her, especially in the shorter races.

Here’s a look at Ledecky’s decorated career, and the new competition she faces: