SAM KERR’s deadly double gave Chelsea the edge over spirited Spurs as the champions dispatched their rivals to return to the league’s summit.

And the Blues were forced to dig deep for the 2-0 win which leaves them one victory away from clinching back-to-back WSL titles. 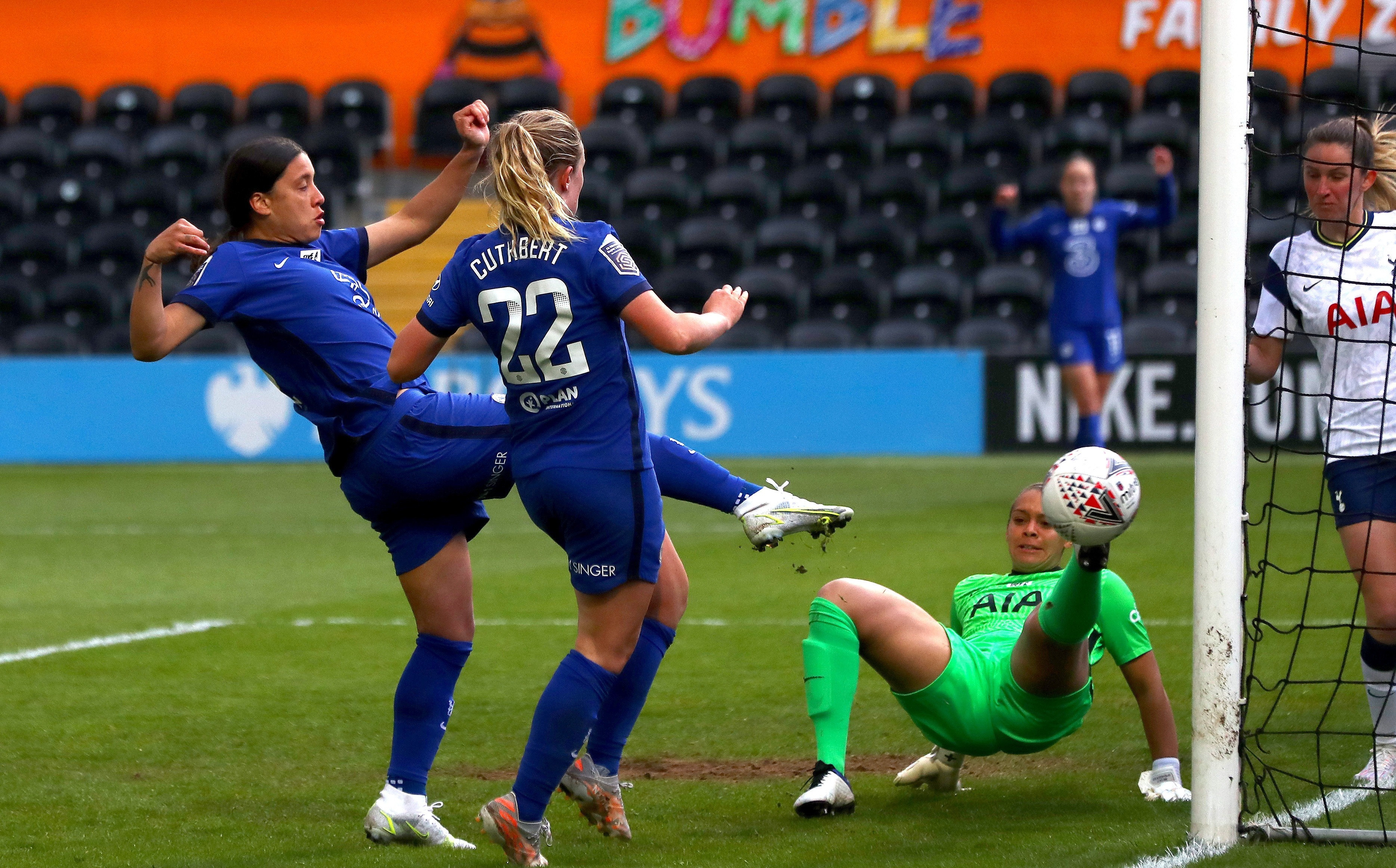 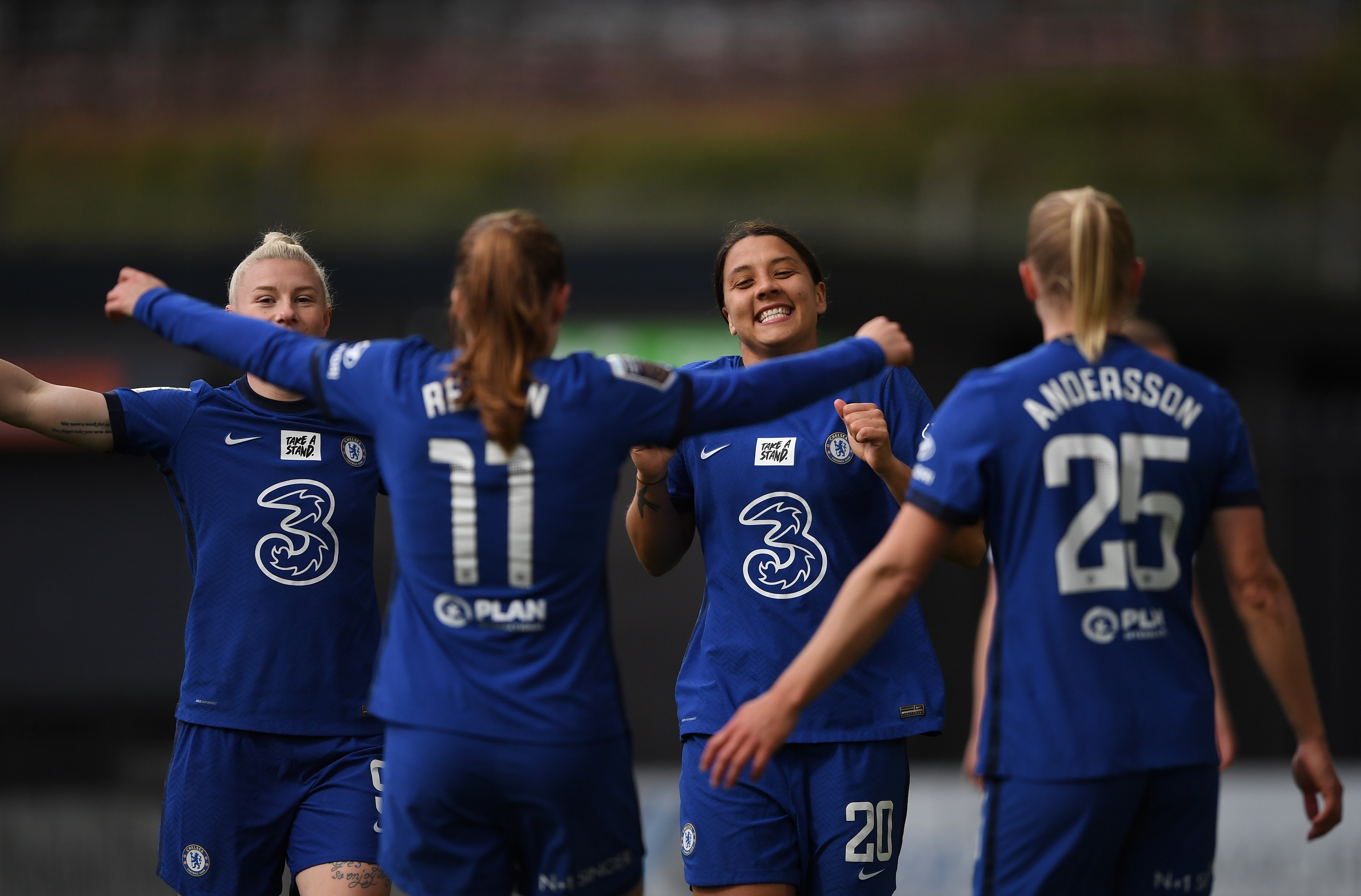 Emma Hayes was full of praise for the tenacious Kerr who has reached a tally of 26 goals across all competitions this term.

Hayes said: “When it's your season, things go for you in the same way just like they did for Beth (England) last year.

“I think when the ball is falling to Sam she's taking responsibility for the team.

“She's doing it again and again which is important.

“I feel a bit bad not leaving her on to get her hat-trick back but we've got other games to prepare for and I didn't want to take any risks.”

Hayes made five changes to the side that knocked Bayern Munich out of the Champions League with Guro Reiten, Erin Cuthbert and Beth England among the players to start.

But her tame effort flew straight into the arms of Ann-Katrin Berger in the third minute. 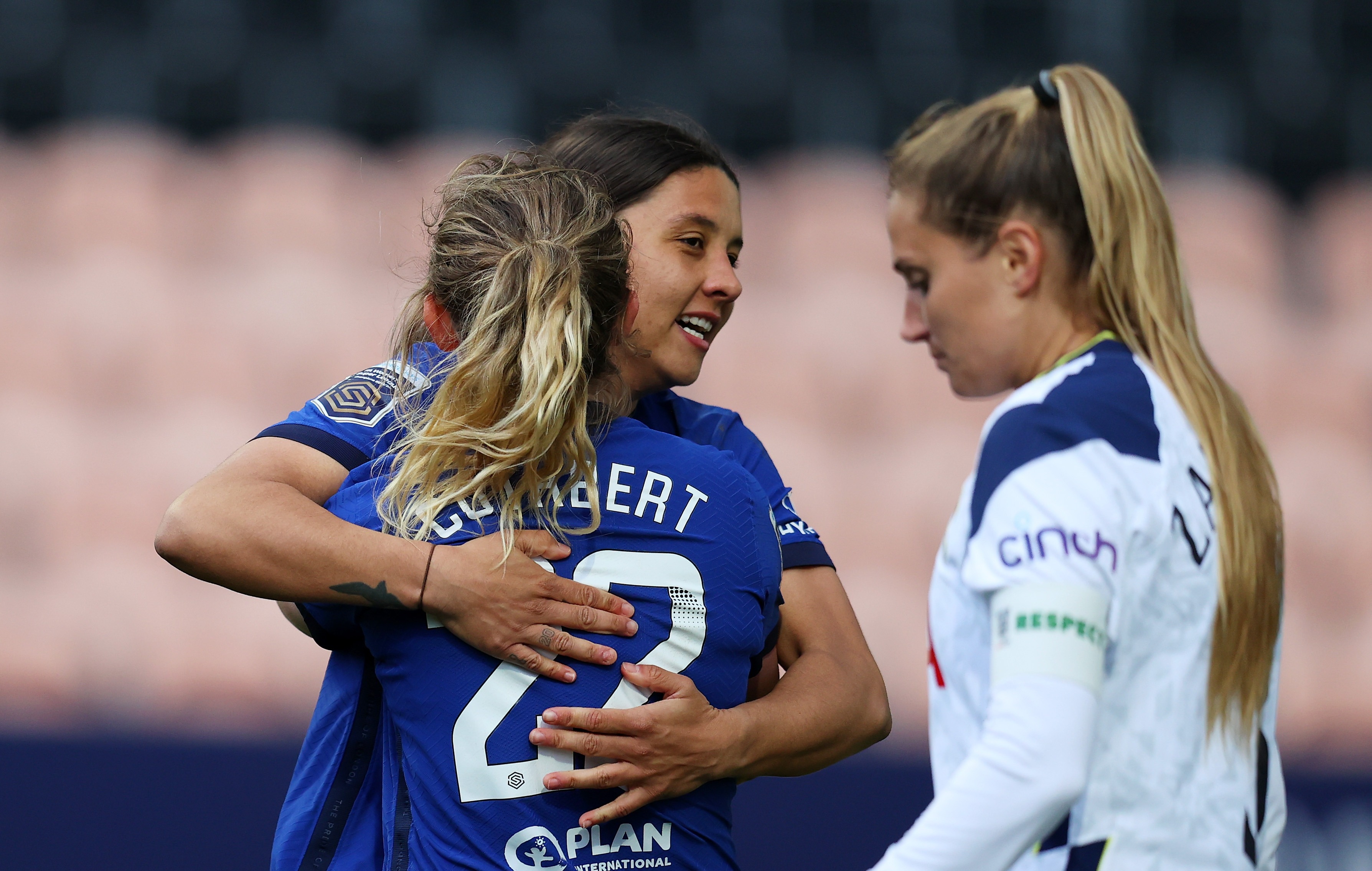 One of Chelsea’s earliest opportunities came moments later with Reiten whipping in a neat low cross for England who sent her poked effort wide of Spencer’s far post.

And the ex-Blues stopper Spencer pulled off two fine saves to keep the game scoreless close to the seventh minute.

The 0-0 scoreline lasted until just moments before the half-time whistle.

And it was Kerr who put the champs ahead with her low thumping opener off the back of a superb diagonal Millie Bright and a Reiten pass.

The Australia ace was on target minutes into the second-half to register her 20th WSL goal this term. 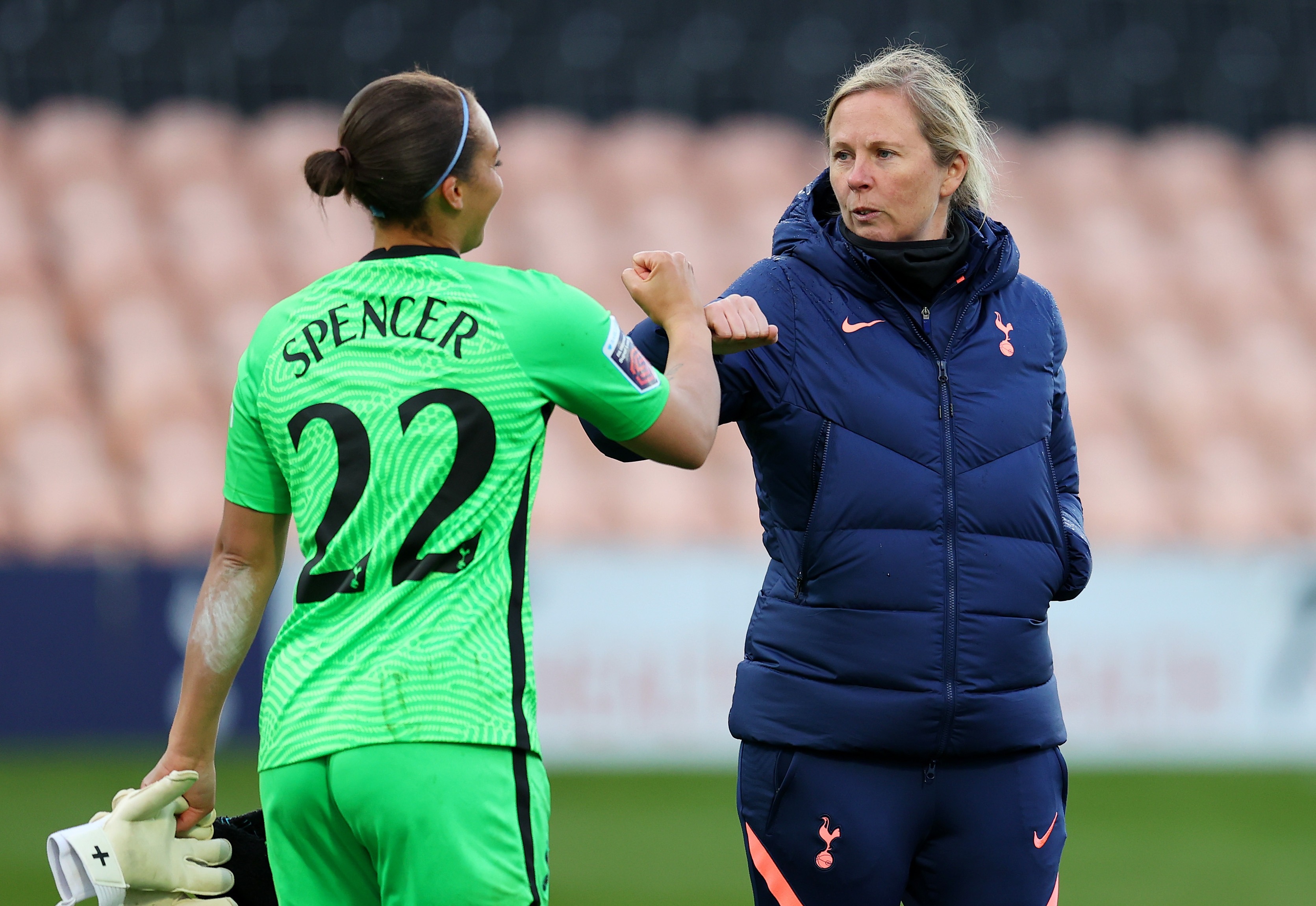 This time smashing in a rebound after Spencer pulled off a superb block save to keep out the forward’s powerful header.

It was a case of keeping cruise control and a clean sheet for Hayes who made five second-half changes with Jess Carter and Pernille Harder among the subs to join the fray.

And the Blues held their hosts at bay to pick up their 17th win of the season ahead of their final game of the term against Reading.

Should the Blues defeat the Royals they will become the first side to retain the WSL crown since Liverpool in 2014.

The result leaves Tottenham destined to finish eighth ahead of an end of season trip to Birmingham. 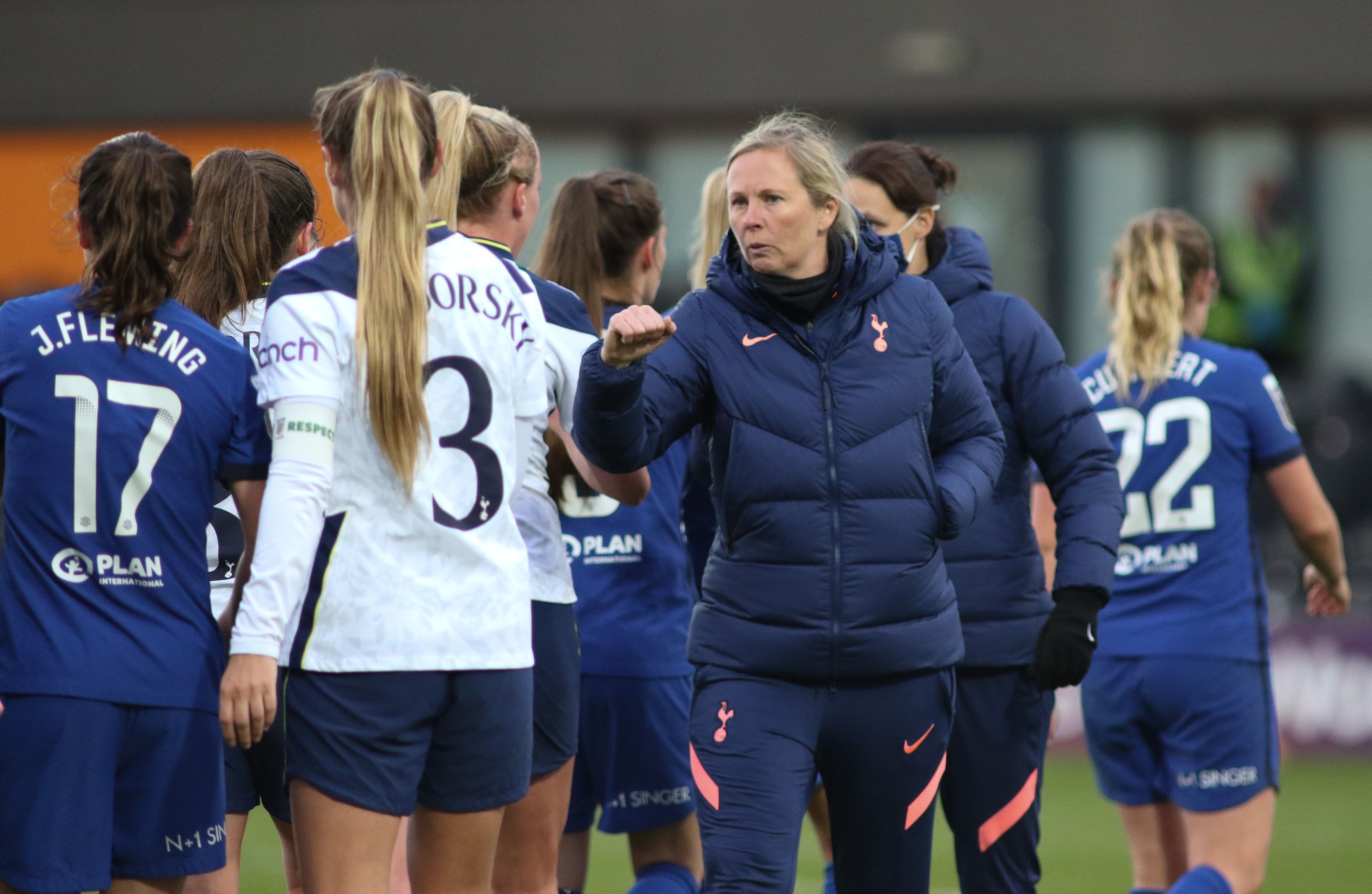 And Skinner was full of praise for keeper Spencer.

Skinner said: “Becky's a very experienced goalkeeper in this league, and I know I can rely on her in these situations.

“She was nothing short of outstanding against Chelsea. She did everything she could to hold up her end of the deal.

“It just showed in terms of her confidence in and around what she was doing.” 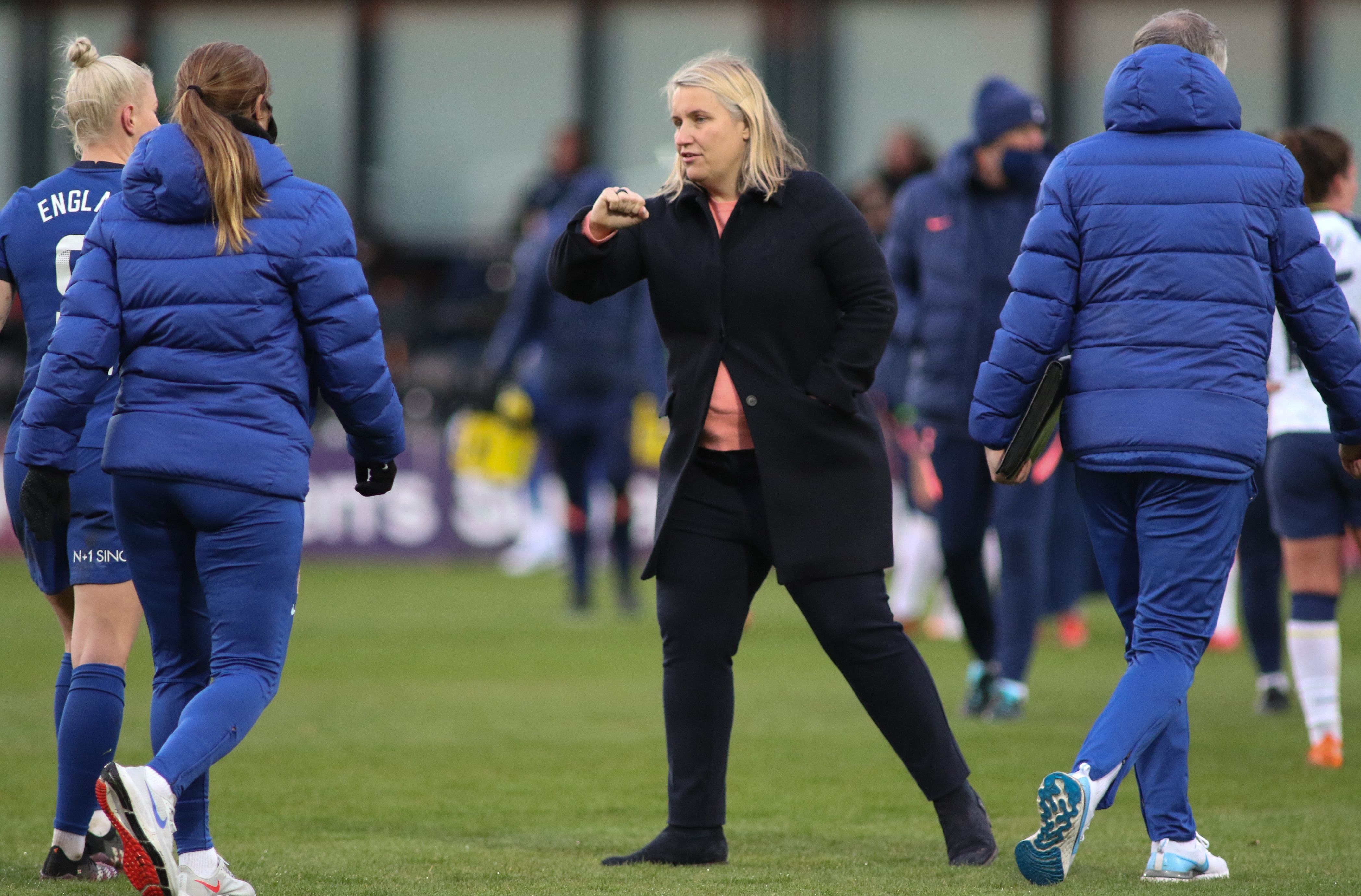