Talbot, who began coaching in 1956, was at the helm for Australia's golden era in the pool during the 1990s and early 2000s, including the Sydney Olympics where the national squad returned its best results in almost 30 years. 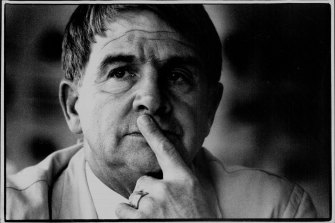 It was his second stint in charge of the Australian team, having held the reins between 1964 and 1972 when he moved to Canada. Talbot also coached the US team for two years in the lead-up to the 1980 Moscow Olympics which were boycotted by the Americans, among other nations.

Three years later the Australian team matched its Seoul 1988 tally of one gold medal in Barcelona but added another six medals in total for a haul of nine. At Atlanta in 1996 there were two golds, including Kieren Perkins reprising his 1500m freestyle heroics, and a total of 12 medals, equal with Germany and behind only the United States.