Leicester City Women built on the men's team's Wembley triumph by beating Manchester United 3-2 in the Women's FA Cup to condemn Casey Stoney to defeat in her final game in charge of the Red Devils.

Visitors Leicester came from 2-1 down to win 3-2 with quickfire goals from Hannah Cain and Natasha Flint in the second half to ensure they will be in the quarter-final line-up when the competition resumes next season. 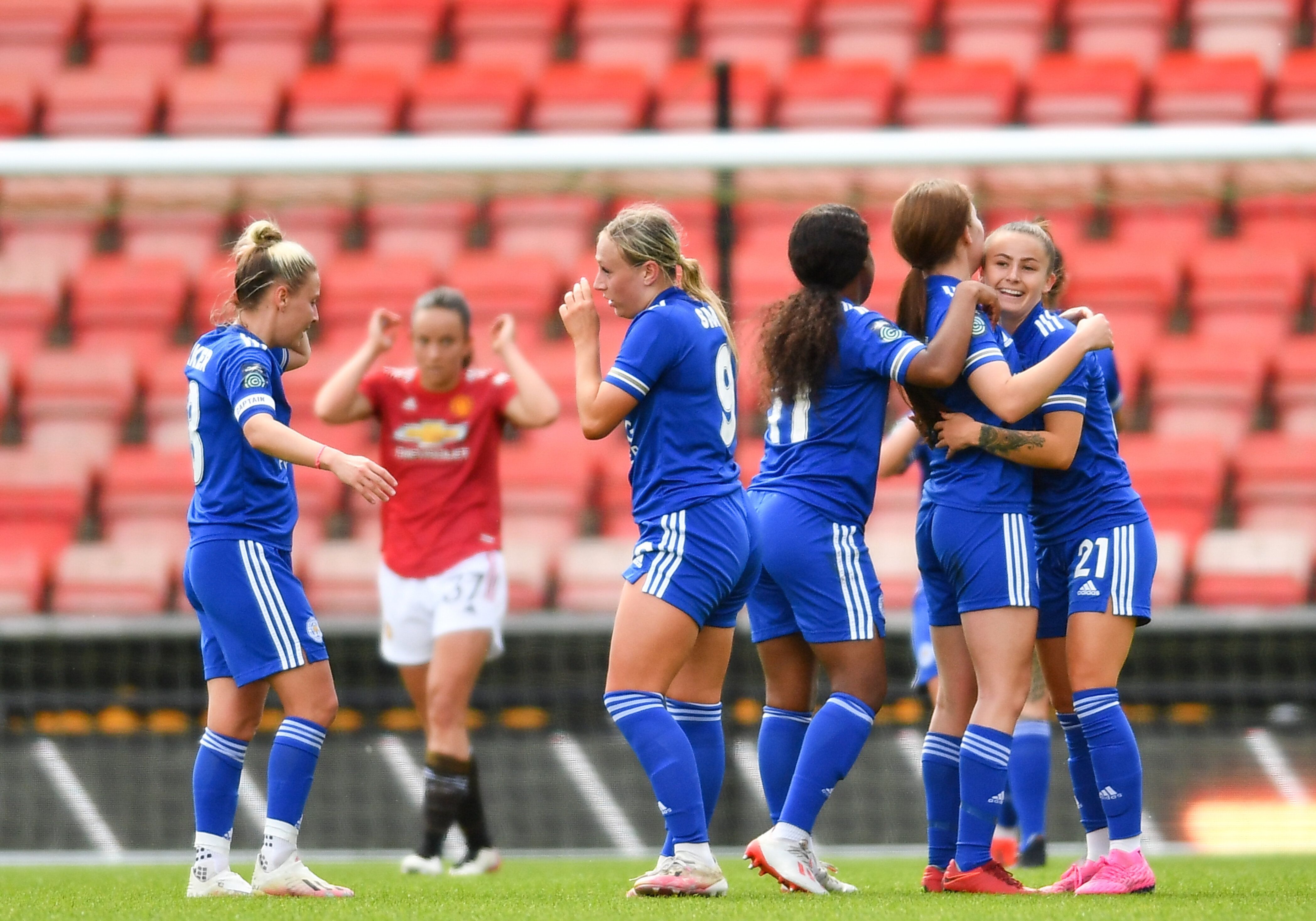 The victory also means they are in with a chance of emulating their club colleagues, who won the men's FA Cup on Saturday.

Man Utd carved out their first opportunity within the opening two minutes when Kirsty Hanson crossed to Leah Galton at the back post, but her header went back across goal rather than into the net.

Hanson and Galton were causing the Foxes all sorts of problems in the wide areas and the breakthrough came in the 31st minute when another driving run from Galton made space for Jess Sigsworth to turn her marker in the box and smash home past Kirstie Levell.

Leicester were sitting deep and defending in numbers but grabbed a goal just before the half-time whistle with their first real shot on target.

Shannon O'Brien showed quick feet on the edge of the box to hit her low shot on the turn into the bottom right hand corner past Mary Earps.

The away side came out confidently in the second half and a clever through-ball from Flint in the 54th minute played in Cain, but her shot from a tight angle rippled the side netting.

Just four minutes later, Man Utd striker Jane Ross drove infield and hooked a shot into the bottom corner from the edge of the box to put the home side ahead once more.

Half-time substitute Ona Batlle almost made it three on 65 minutes but her looping header was well cleared off the line by Sam Tierney.

The game was becoming end to end before the Foxes turned the game on its head with 20 minutes left.

First, a sloppy back-pass from United defender Maria Thorisdottir was pounced on by Cain, who slotted calmly past Earps.

And less than a minute later, Flint got the better of Millie Turner in the box and snuck the ball inside the far post to put the visitors 3-2 ahead.

Despite a flurry of corners in the closing stages, United could not find an equaliser and the Foxes capped off an excellent season with victory.