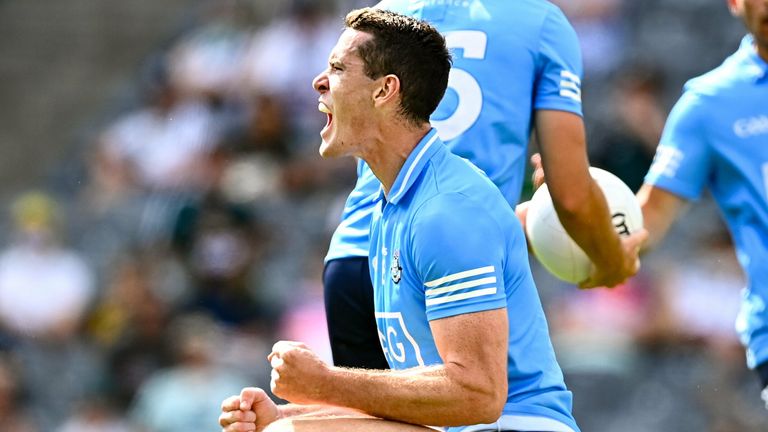 Dublin and Kildare will contest the 2021 Leinster Senior Football Championship final, after wins at Croke Park on Sunday.

Dublin remain on-course for an 11th consecutive Leinster crown, but they did not have it all their own way on Jones’ Road.

A Cormac Costello penalty and Con O’Callaghan goal saw the Sky Blues ease into a 2-11 to 0-6 lead at half-time, but the Royals then kicked into gear.

A Mathew Costello goal got Andy McEntee’s charges off to the perfect start in the second half, and they continued their comeback as the match wore on.

Dublin drew on all their experience, as points from Brian Fenton, Costello and Ciarán Kilkenny saw them secure the six-point victory.

It is closer than any team has come to Dublin in the province since 2012, when there was a goal between the Sky Blues and Royals in the Delaney Cup final. Goals from Jimmy Hyland and Daniel Flynn helped Jack O’Connor’s Kildare team past Westmeath, and into the provincial decider in the first match of the afternoon at HQ.

The Lilywhites have backed up their National League promotion from earlier in the year, as they look ahead to their first provincial decider since 2017. In a tit-for-tat contest, but the three-pointers made the difference.

The Lake County led for much of the first half, although it was the Lilywhites who got their noses in front by the break, 0-11 to 0-10.

Westmeath levelled it with the first point after the break, but Hyland and Flynn then found the net with the next two scores to take a 2-11 to 0-11 lead.

Westmeath did fight back, but it was Kildare who ultimately held out for the victory.