ITALY star Leonardo Spinazzola has been named the fastest player of Euro 2020 – with three England players in the top 15. 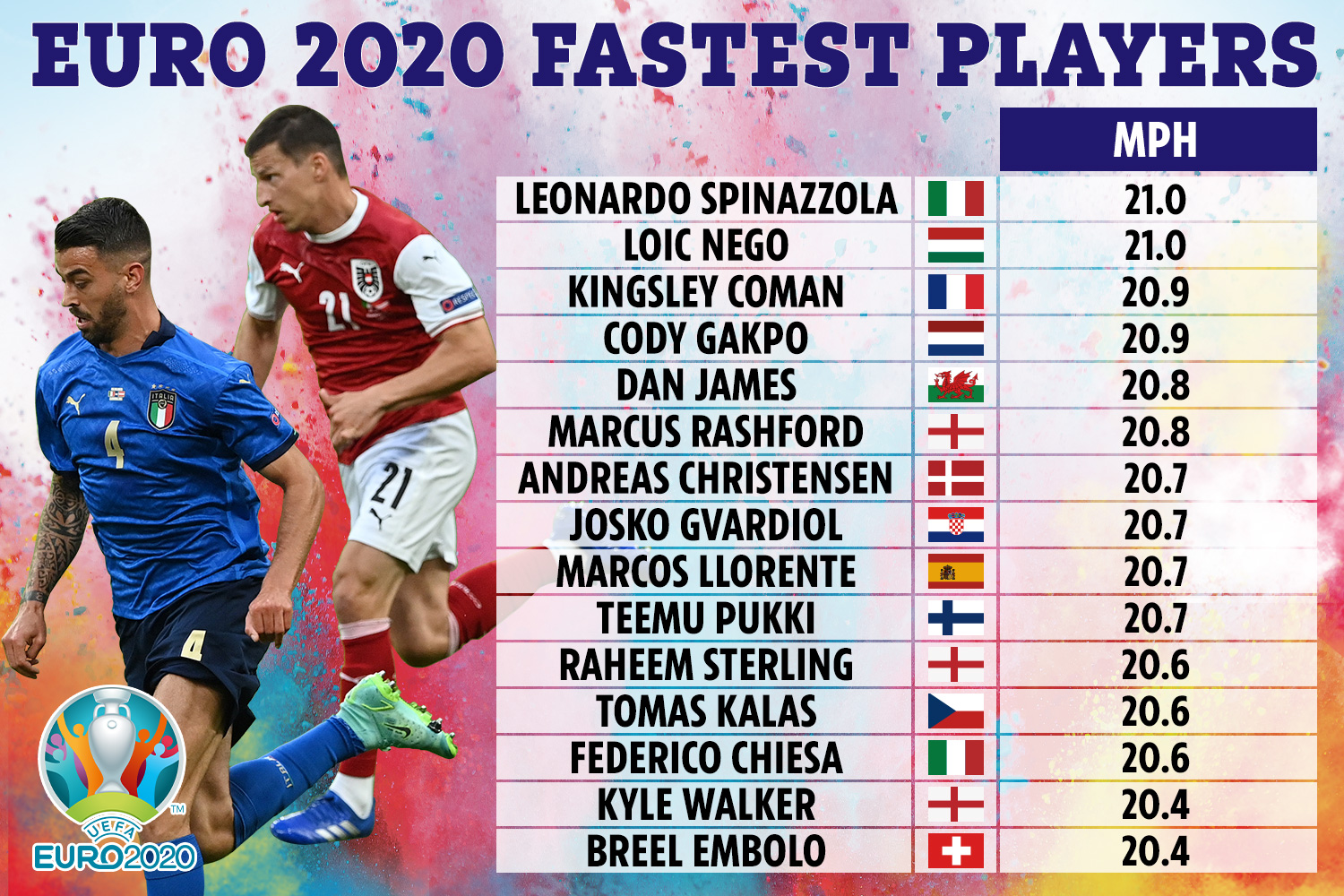 But it is Roma full-back Spinazzola who takes the crown along with Hungary defender Loic Nego.

The pair have been clocked at a powerful 21 miles per hour during the Euros, edging them past some of the continent's fastest footballers.

Kingsley Coman of France and Dutch winger Cody Gakpo came in just behind at 20.9mph.

Manchester United duo Daniel James and Rashford have matched each other at 20.8mph – and the pair have been notoriously close on the speed charts for some time.

Spinazzola would be preparing to start in Sunday's final against England yet he suffered a painful Achilles injury against Belgium.

The ruptured tendon was operated on in Finland and the 28-year-old is set to miss the next six months of action.

But he was given a heartwarming reception by the Italy camp as he departed for home.

Before the Azzurri's semi-final victory over Spain, he filmed himself singing the national anthem from his sofa with the help of his son, Mattia.

His absence means England forward Sterling and Italy's Federico Chiesa, both registered at 20.6mph, are likely to be the fastest players starting the final.