Lewis Hamilton on alert for ‘Mad Max’ in title decider 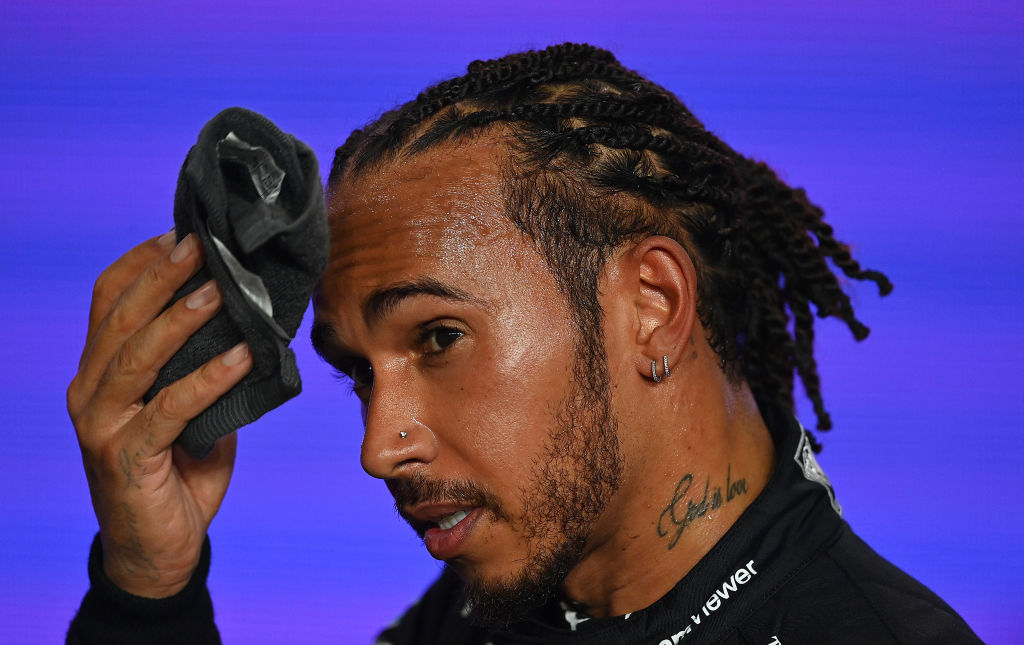 The penultimate race of the season has set up an almighty finale. Saudi Arabia provided edge-of-the-seat drama, yet it wasn’t F1’s finest hour.

First off, the Jeddah Corniche street circuit — as narrow as Monaco, faster than Spa-Francorchamps — is dangerous. While the drivers that had heavy shunts were able to walk away, it meant the race stopped and started due to multiple safety car periods (four virtual and two real) plus, on two occasions, red flags.

There were also negotiations over the radio between the FIA and the teams to determine Max Verstappen and Lewis Hamilton’s grid positions for the third standing start of the day, like they were in an episode of Deal or No Deal, or haggling the price of a carpet down at the local souk.

Race director Michael Masi has suffered some criticism this season, and Saudi was his toughest day yet. In a barb which the Red Bull principal may come to regret, Christian Horner drew an unfavourable comparison with Masi’s respected predecessor.

‘The sport missed Charlie Whiting today,’ said Horner post-race. ‘It just feels there are too many rules.

‘There was obviously a lot of [radio] traffic with race control over various different incidents, then safety cars, virtual safety cars, restarts, and that process was difficult to keep track of.’

Early in the race, a big crash by Mick Schumacher triggered the safety car and the Mercedes of Hamilton and Valtteri Bottas both pitted for new tyres. Then the track status was switched to red.

Nineteen laps later, Lewis got DRS and went to retake the lead from Max on the outside of turn one.

He was a car length ahead at turn-in but Max went straight on at the corner and Hamilton was forced to bail out again. Another foul from Verstappen. Max was instructed by his engineer to give the place back. ‘Obviously, do that strategically,’ he was told.

What came next was suspicious. Verstappen slowed dramatically in the middle of the track and Lewis smashed into the back of him. The Briton had not been told what was about to happen — Masi had not given the Mercedes pitwall enough warning.

The moment confused the world champion — and everyone watching. Lewis lost a front wing endplate and the Red Bull immediately accelerated away. The FIA would later judge Verstappen’s braking to be erratic.

On lap 42, Verstappen slowed a second time to let Hamilton past, but it happened before the DRS zone so the Red Bull was able to immediately pass. Mercedes boss Toto Wolff, who had destroyed his headset in rage at Max’s previous antics, just laughed at this point. Masi had had enough, too.

He referred the incident to the stewards, who gave Verstappen a five-second penalty (and post-race an additional ten for the Hamilton collision). Lewis did not need the help, however. Verstappen’s tyres were fading and the Mercedes muscled past on lap 43.

Having taken the fastest lap, both Hamilton and Verstappen head to Abu Dhabi tied on points — 369.5 apiece.

Verstappen has won more races than his rival — nine to eight. That means if neither driver finishes at the last race, the title is the 24-year-old’s. Given his approach, one some would say seems devoid of fair play, who would bet against Mad Max taking his rival out? That will certainly be playing on Hamilton’s mind.