Tensions boiled over in Lens' 1-0 win over rivals Lille. 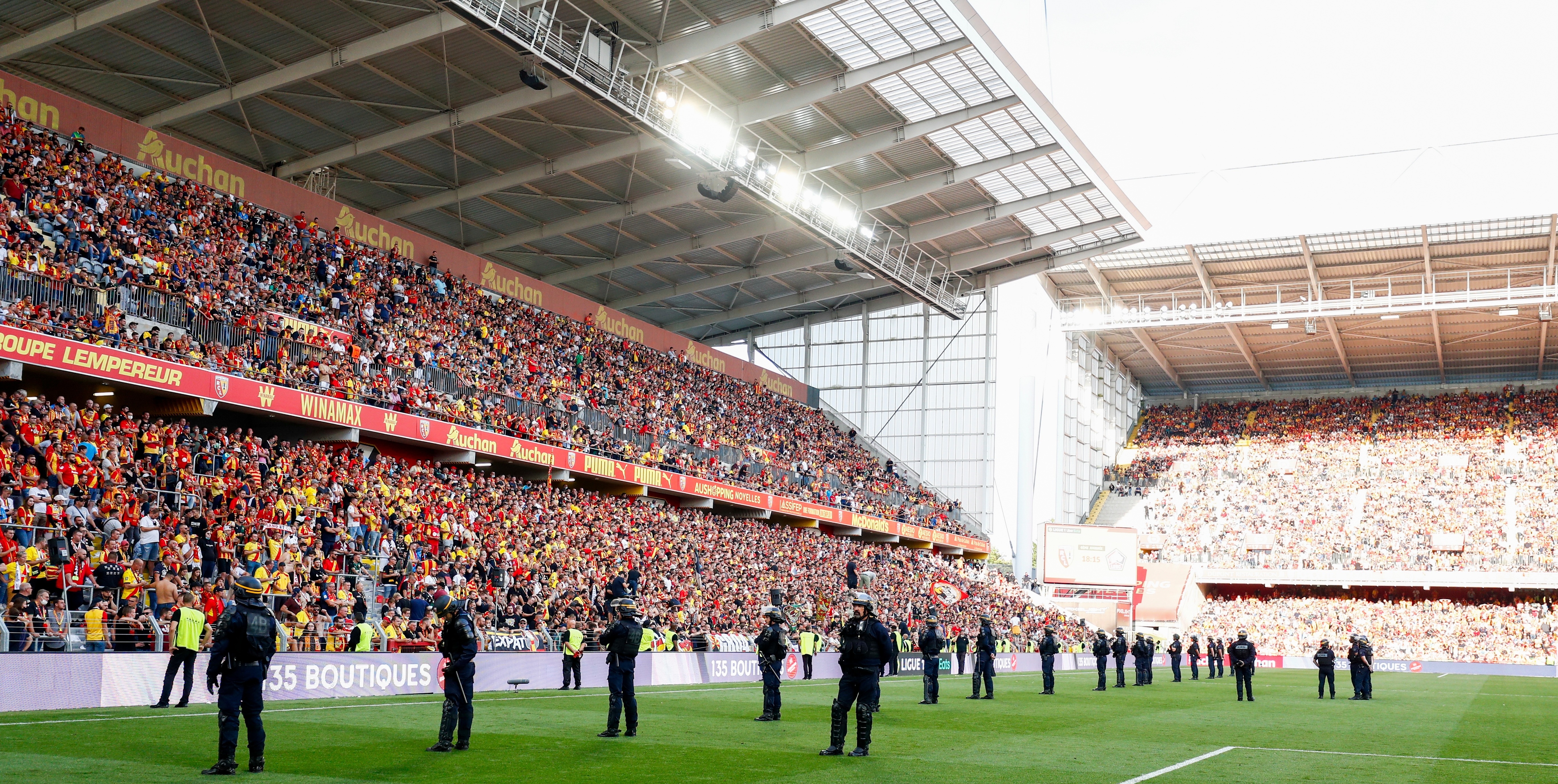 So much so the Ligue 1 club's ultras invaded the pitch and marched towards the travelling Lille fans in a shameful act of intimidation, delaying the start of the second half.

Saturday's game saw six injured in total, including a riot police officer who was trying to keep the peace.

And one Lille supporter is potentially facing prison time.

La Voix du Nord are reporting that a Lille supporter masturbated in front of the home crowd, an offence punishable with a year in prison and a £13,000 fine.

The unidentified supporter was pictured in the act, showing his genitalia to the Trannin stand occupied by Lens supporters, including families.

Other investigations are also underway in the aftermath of the crowd trouble.

The throwing of objects as well a Nazi salute coming from the away end is also being investigated.

As a result of the confrontations, the LFP – disciplinary committee – have handed Lens a two-game precautionary stadium ban.

Both Lens' fixtures against Strasbourg and Reims will be played behind closed doors.

And a final decision on the matter will be made on Wednesday, October 6.