International soccer sensation Lionel Messi has reached a new contract with FC Barcelona, one that features a significant pay cut from his previous deal with the club that was worth $549 million, according to a report.

Sources told ESPN that the 43-year-old footballer reached a five-year contract with Barcelona and accepted a significant reduction from his previous four-year deal, which expired on June 30. 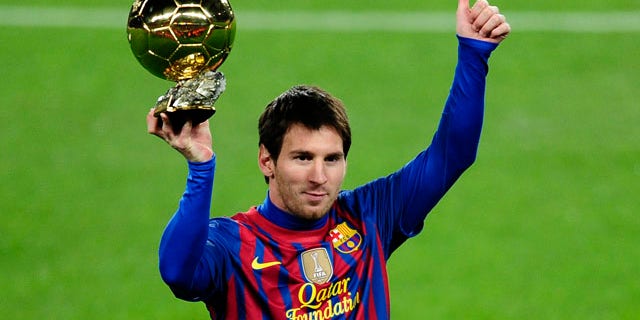 Lionel Messi, from Argentina, holds the Golden Ball award as European Footballer of the Year before a Spanish La Liga soccer match between FC Barcelona and Betis at the Camp Nou stadium in Barcelona, Spain, Sunday, Jan. 15, 2012. (AP Photo/Manu Fernandez)

Details of the contract likely will not be revealed until after the club settles some of its financial troubles caused by the pandemic. According to ESPN, Messi’s deal cannot be registered by the club until it reduces a significant portion of its estimated €1 billion in gross debt, per the league’s Financial Fair Play rules.