Home » Sport » Man City: Pep Guardiola has ‘ideas for the transfer market’ and expects to ‘fight’ for title next season

Man City: Pep Guardiola has ‘ideas for the transfer market’ and expects to ‘fight’ for title next season 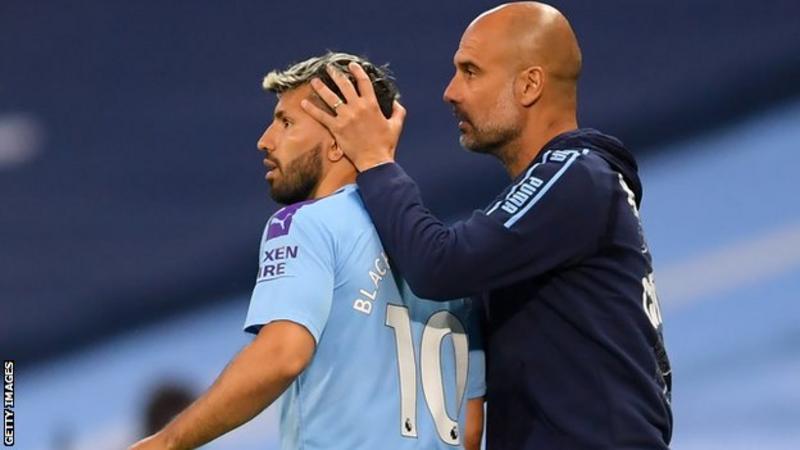 Manchester City manager Pep Guardiola says he has “ideas for the transfer market” and expects to “fight” for the Premier League title next season.

Liverpool need five points to win the title after a 0-0 draw with Everton.

But the Reds can clinch the title against Crystal Palace at Anfield on Wednesday if City fail to beat Burnley at Etihad Stadium on Monday.

City, who have won the last two Premier League titles are now focused on securing a top four place.

“There has not been much wrong with what we have done in terms of points and performance,” said Guardiola, whose side have taken 60 points from 29 games this season.

“Liverpool will remain the strong team they are but when we retained the title we were the first to do it for 10 years so you know how difficult it is to do that.”

Guardiola’s main focus over the remaining nine games of the Premier League is to secure a top four finish, which would allow him to concentrate on the second-leg of City’s Champions League last-16 tie with Real Madrid, which may yet be switched from Etihad Stadium to Portugal by Uefa.

Eleven points will be enough to achieve that aim, although Guardiola knows qualification for Europe next season is dependent on the Court of Arbitration for Sport overturning Uefa’s two season ban when they reveal the outcome of City’s appeal in early July.

“In two or three weeks we’ll know about the sentence from Uefa and if we can play in it or not,” he said.

“But now I’m focusing on Burnley. Once we are clear for qualification for the Champions League, I will look at some ideas in my head to prepare for the game against Real Madrid.”