MANCHESTER UNITED and Liverpool have been joined by Bayern Munich in the race to sign Barcelona midfielder Gavi, according to reports.

The two Premier League giants have been heavily linked with a move for the 18-year-old prodigy. 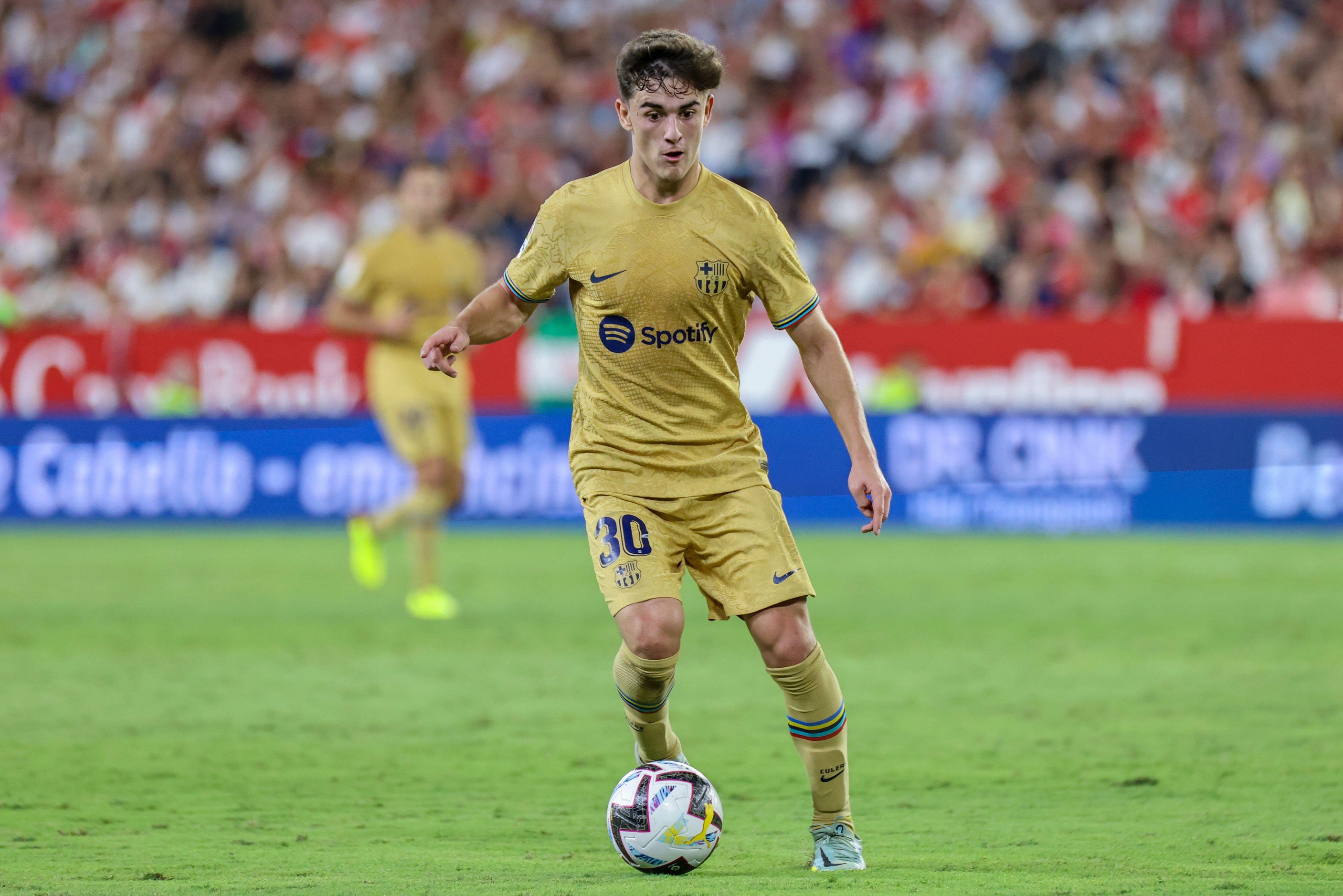 It is a proposition too good to pass up as the Spaniard's contract expires in the summer, so he will be available on a FREE at the end of the season.

And according to Bild, Bayern remain interested in trying to acquire his signature.

Barca president Joan Laporta recently confirmed an offer has been made to Gavi as they are keen to renew his contract.

But he is currently refusing to put pen to paper, something which is baffling the Catalan giants.

Speaking to L'Esportiu, Laporta said: "Gavi's agent has the new contract proposal on the table for a long time but he has not accepted yet.

"We don't understand… I don't like the situation. I encourage them to accept it as soon as possible, because it also helps us plan."

It has been reported that Gavi has a release clause of £41million, something Man Utd, Liverpool and Bayern could have chosen to trigger in the most recent window.

But with the player potentially available for nothing in 12 months time, the sensible option was to wait.

It is widely accepted that Barcelona see Gavi and fellow Spanish teenager Pedri as the future of their midfield.

But with Europe's top clubs chasing him and Xavi's men in a perilous financial situation, they may not have a choice but to let him leave the Nou Camp.

Gavi has made 51 appearances for Barcelona, scoring twice and assisting a further six goals.

The Spanish outfit have won three LaLiga games in a row after kicking off their campaign with a goalless draw at home to Rayo Vallecano.