MANCHESTER UNITED fans will be looking at the fixture list through their fingers ahead of a horror run of games which could see Ole Gunnar Solskjaer face the chop.

The Red Devils host the Premier League’s top two and face a series of must-win European clashes as boss Solskjaer tries to steady the ship. 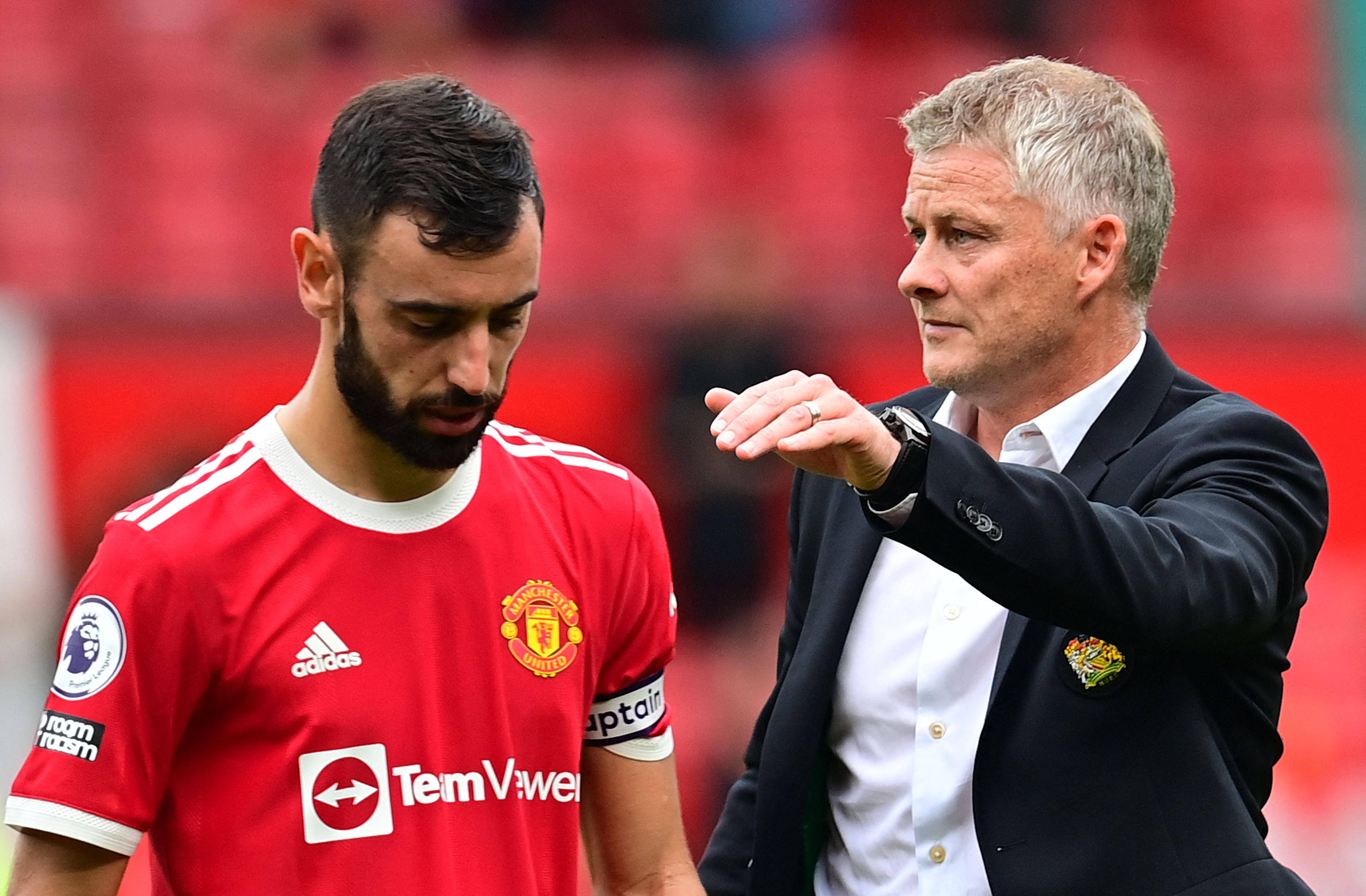 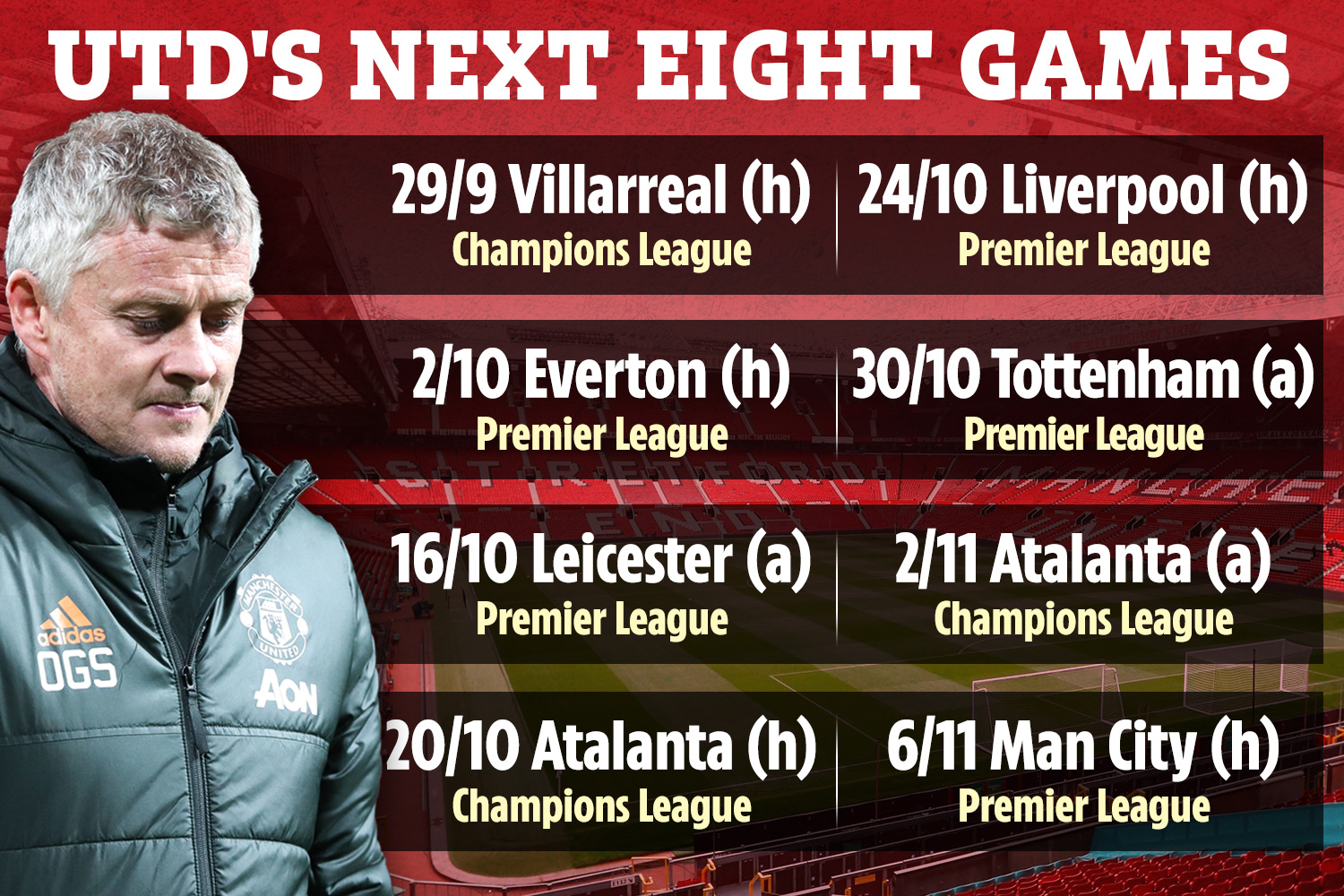 United have lost three of their last four and the manager’s position is already under question.

The season had all started so well at Old Trafford after the triumphant return of Cristiano Ronaldo this summer but the recent 1-0 loss to Aston Villa was too much for some fans.

Solskjaer’s men are next in Champions League action on Wednesday against Villarreal – the side that beat them in last season’s Europa League final.

After that comes Everton in the Premier League, with the two sides currently level in the table on 13 points.

A trip to Leicester follows before United are back in European action against an in-form Atalanta – who were involved in a minor transfer skirmish this summer.

Then come the big ones – Liverpool and Manchester City both visit the Theatre of Dreams within a fortnight from October 24th.

The Reds and City currently occupy first and second respectively and few would bet against them still being the teams to beat in a month’s time.

The last time Jurgen Klopp’s Liverpool visited Old Trafford they humiliated the home side with a 4-2 triumph.

United had the upper hand in their last meeting with City but their 2-0 win at the Etihad could not halt Pep Guardiola’s march to another title.

The only respite may come in the match sandwiched between the Premier League heavyweights.

United travel to Tottenham before the clocks go back on October 30th with boss Nuno Espirito Santo himself under extreme pressure.

Spurs slumped to a 3-1 derby defeat at the hands of Arsenal with reports suggesting Nuno could be axed just 89 days into the job.