Man United's £89million man shot to further stardom after becoming the most expensive signing ever in 2016 before winning the World Cup last year. 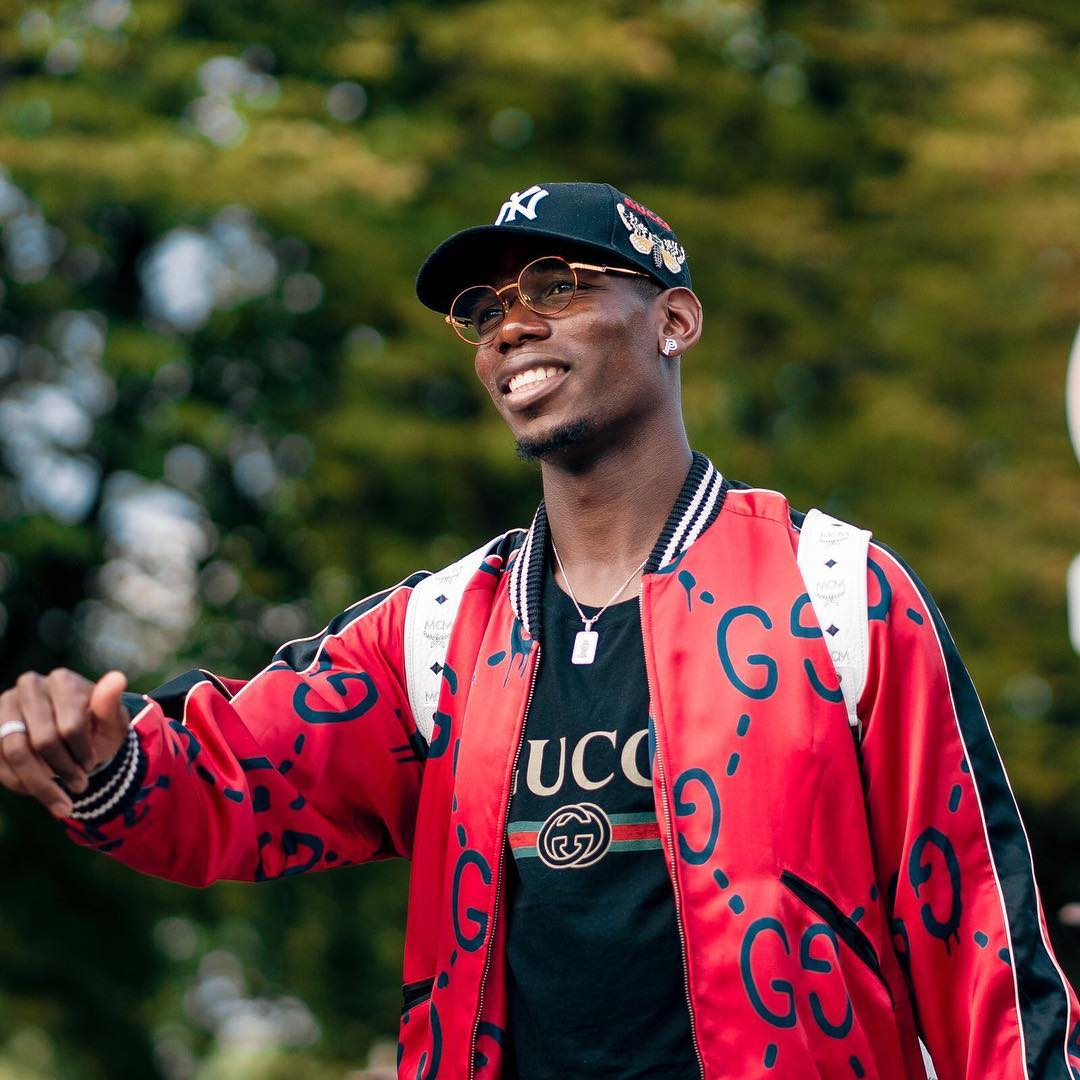 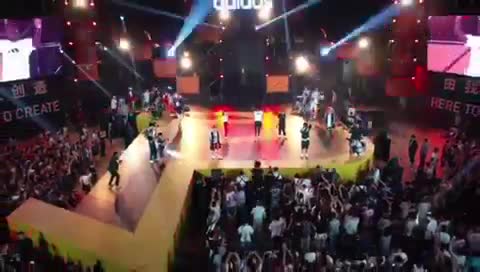 And the Real Madrid target could be on the move once again after revealing his desire for a "new challenge somewhere else" during a tour of the Far East.

Pogba took a personalised plane on his own pre-season tour, with stops in Perth, Singapore and Shanghai, where he danced on a P-shaped stage and posed with Sumo wrestlers.

And all of that reflects the Galactico lifestyle Pogba already leads, from his £1.6m supercar collection to his £2.9m Manchester mansion.

And the 26-year-old French ace is happy to share his incredible life with his 35million followers on Instagram.

When it comes to spending his pennies, Pogba has a love for supercars – and his collection comes to a staggering £1.6m.

There's his Rolls-Royce Wraith Black Badge, valued at £290,000, which is the most expensive motor in Pogba's garage.

And then there's the fiery Lamborghini Aventador which is capable of hitting 218mph and reaching 62mph in just three seconds. 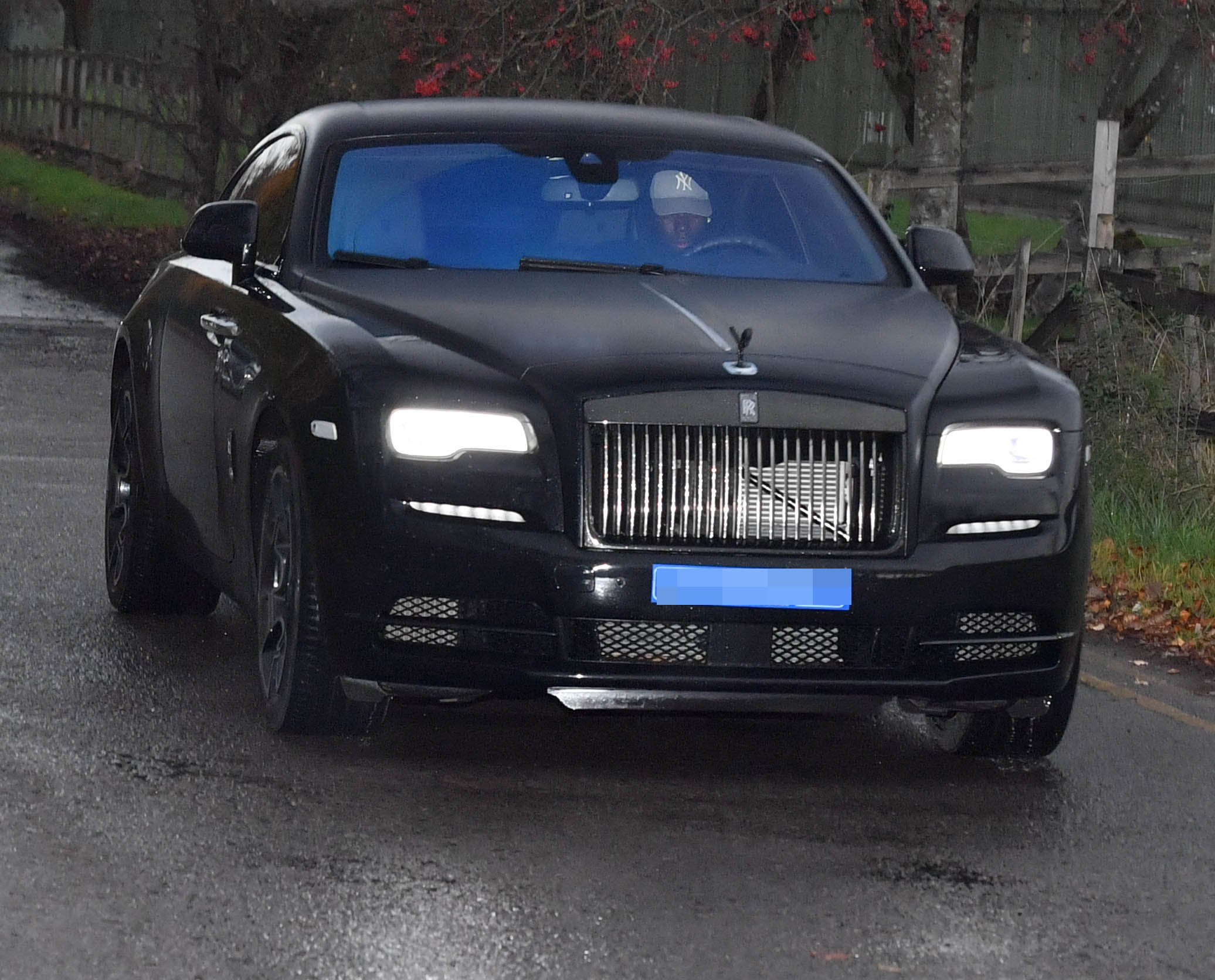 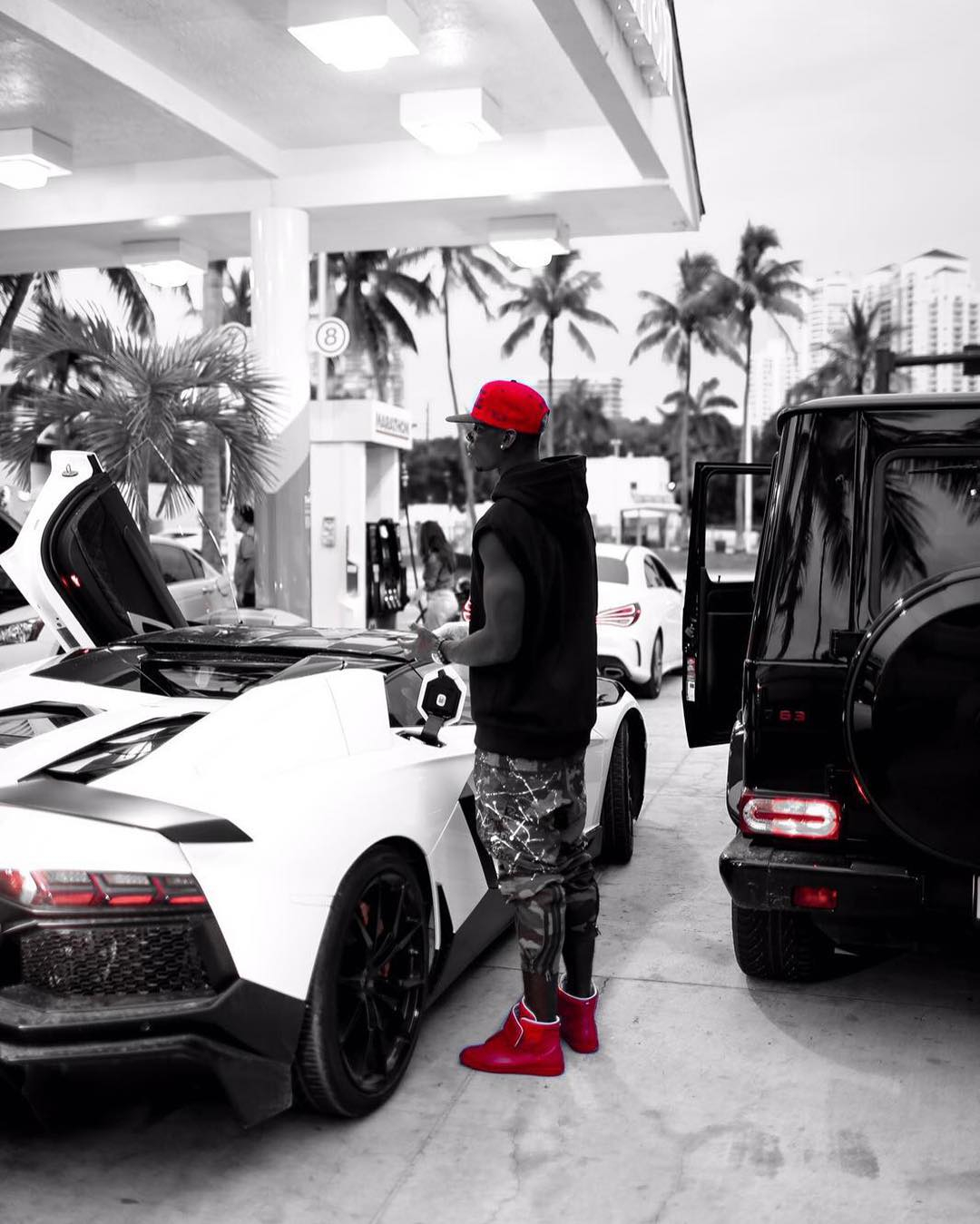 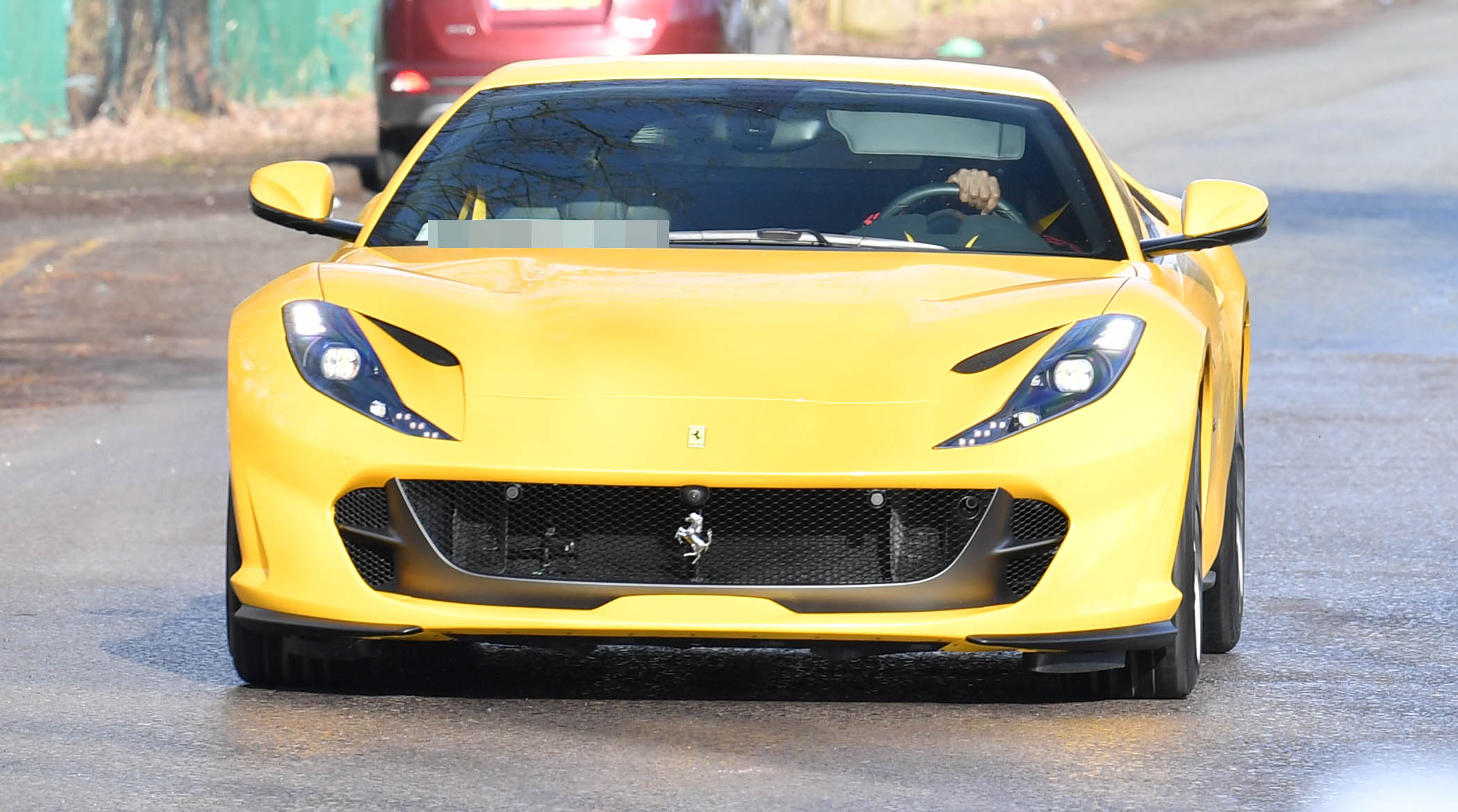 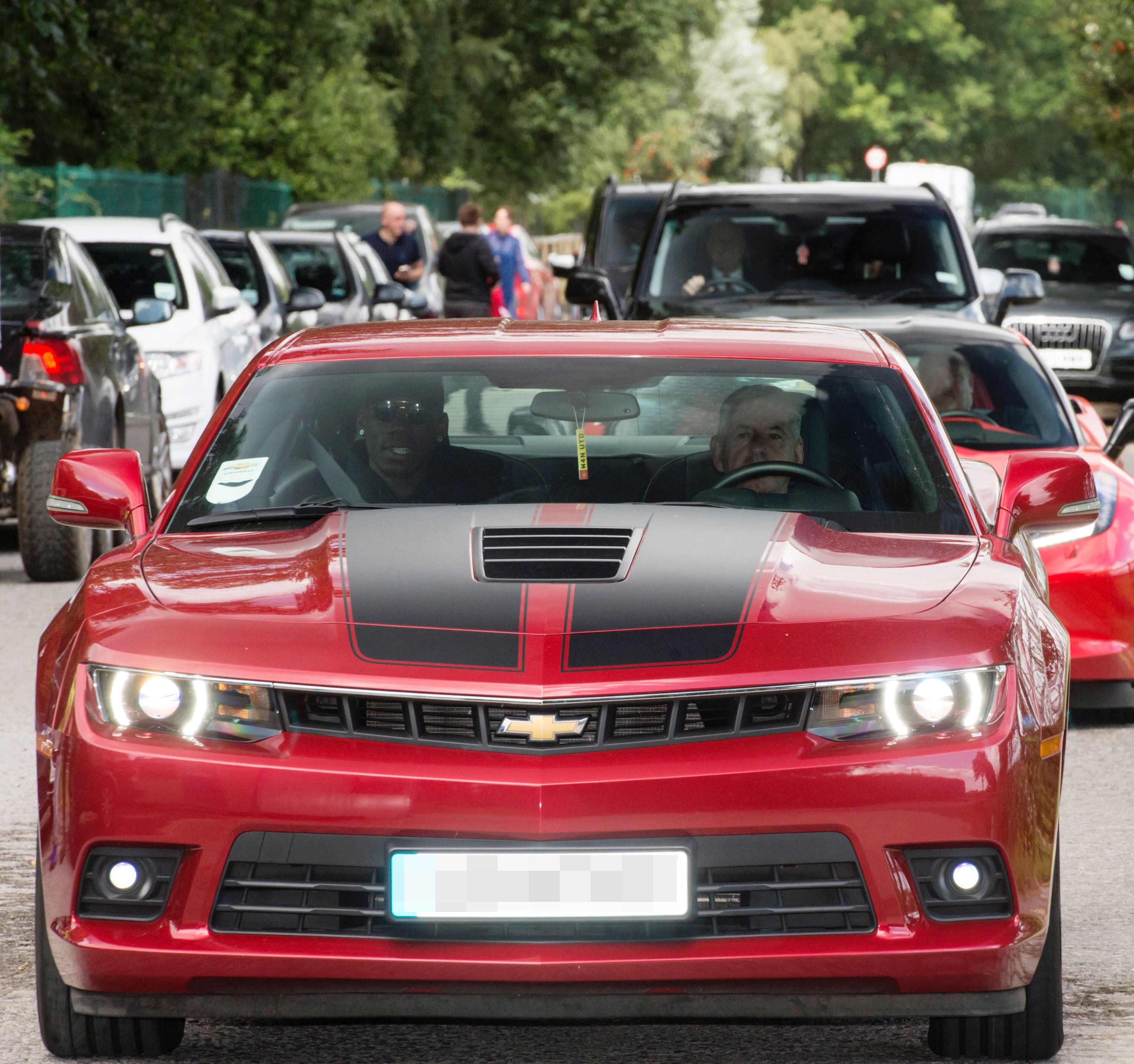 When comfort is considered key, Pogba can jump into his four-door Bentley Flying Spur which boasts quilted leather seats and a Wi-fi hot-spot.

Elsewhere in the garage is an Audi RS6, Maserati Quattroporte and his black Mercedes GLS 4×4.

An Old Trafford exit may see Pogba have to hand back his red Chevrolet which he was given when the American car giant agreed a huge sponsorship deal with United.

When Pogba signed for United in 2016, he spent six months living at the Lowry Hotel while on the hunt for his dream home.

It finally came in the shape of a five-bedroom modern mansion which he haggled down from £3.49m to £2.9m.

The Pog pad is centred around a stunning swimming pool, plus a steam room and a changing area.

A pane of class separates the pool from the main hallway in the house, making it the first thing visitors see.

Pogba can prepare his grub in a giant kitchen which curves round the side of the house, while there are also two huge living rooms.

There is also a games room as well as five bedrooms, all of which boast an en suite bathroom while the master bedroom also has a walk-in wardrobe.

And when Pogba doesn't fancy cooking his own personal Italian chef can rustle up hearty meals for the midfielder. 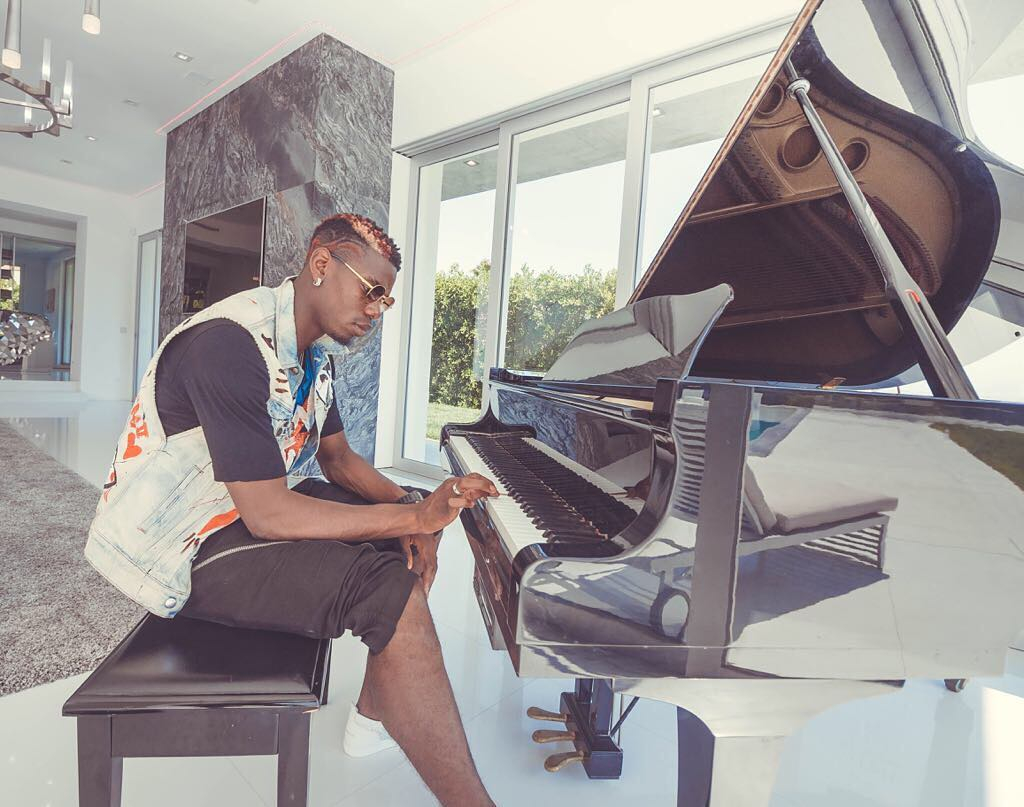 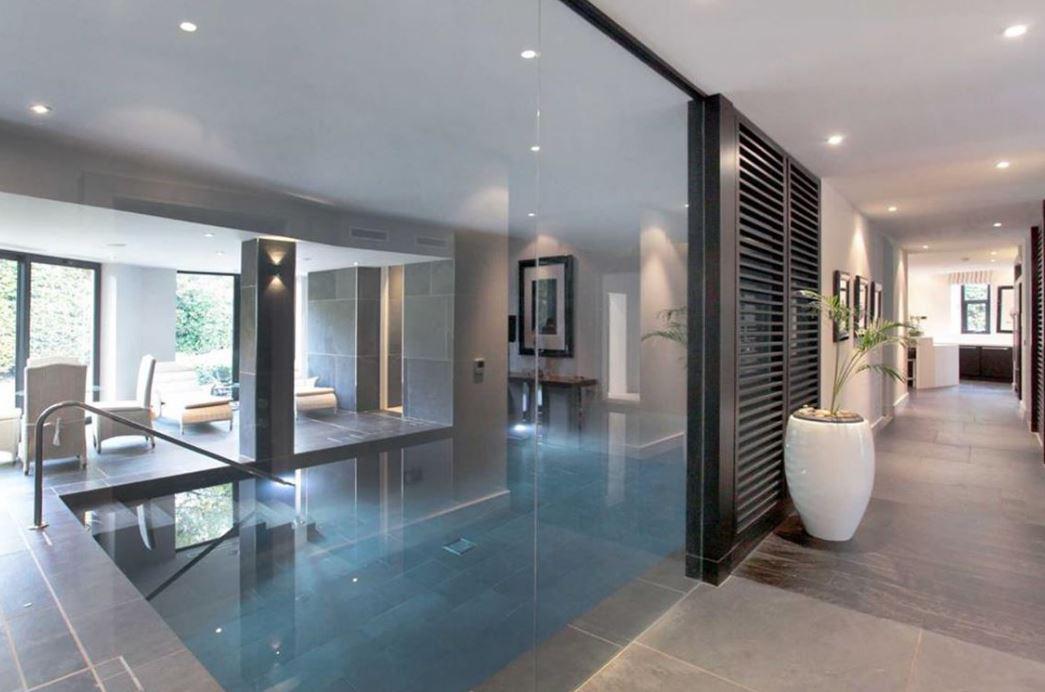 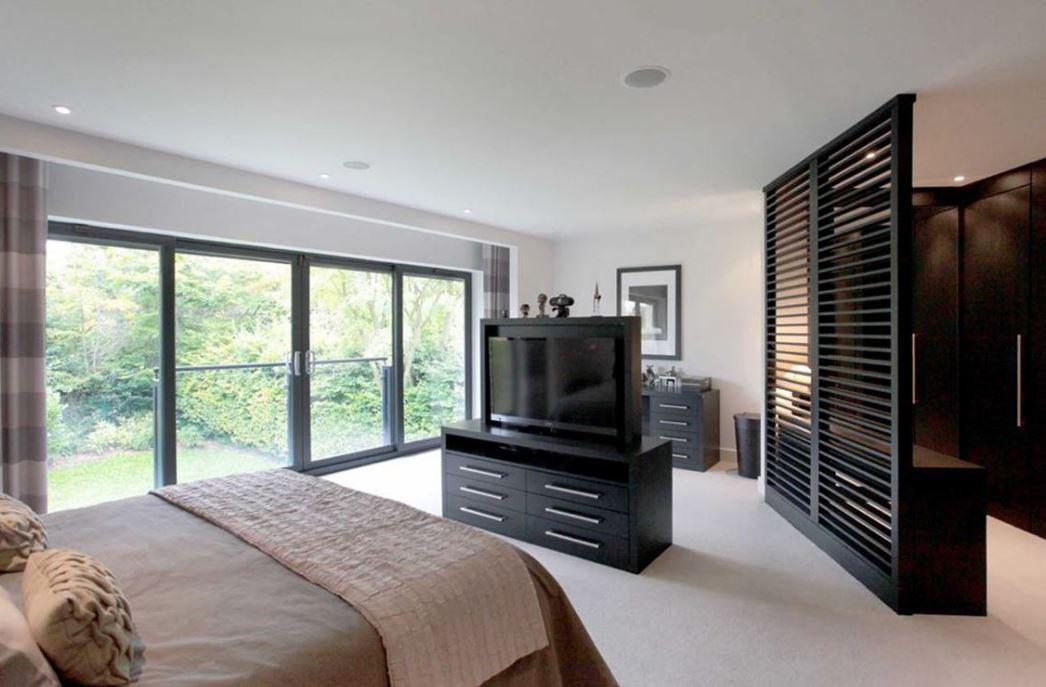 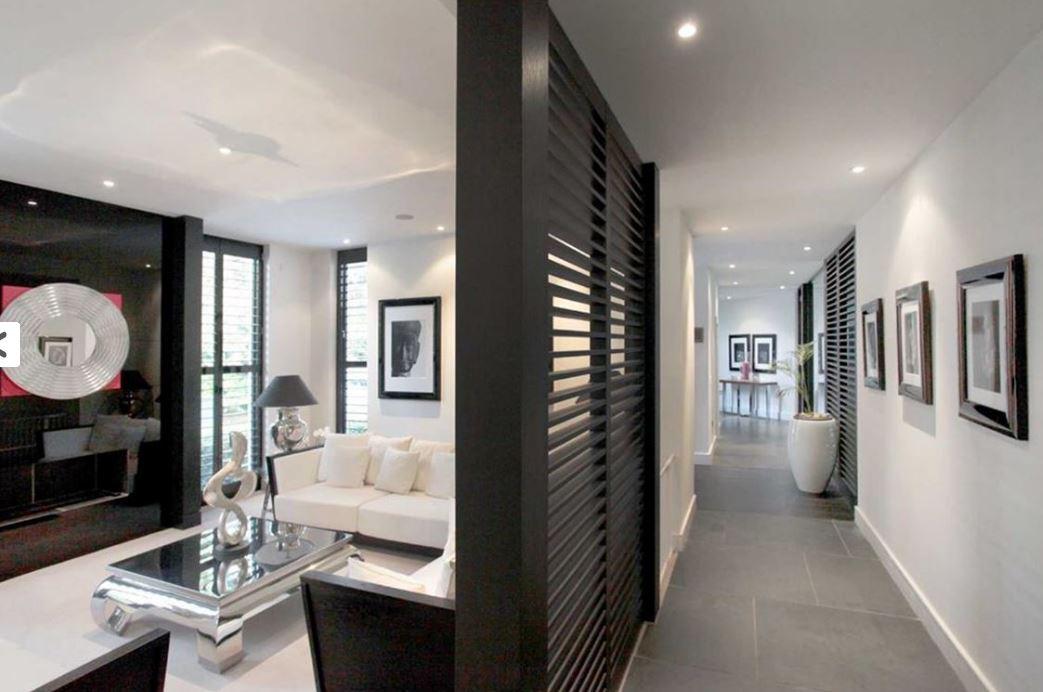 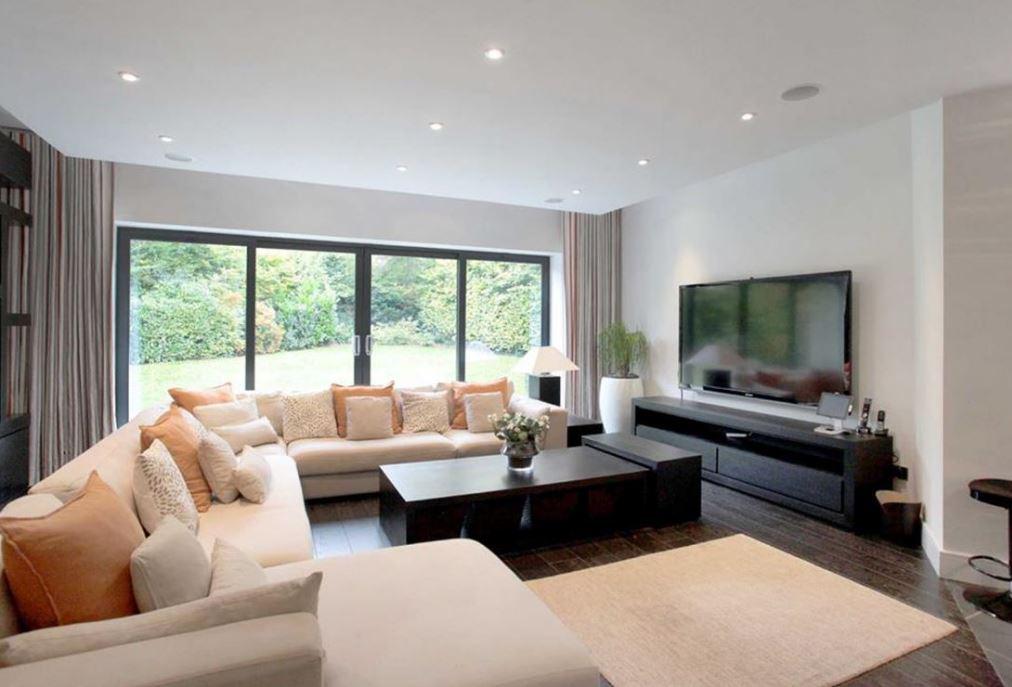 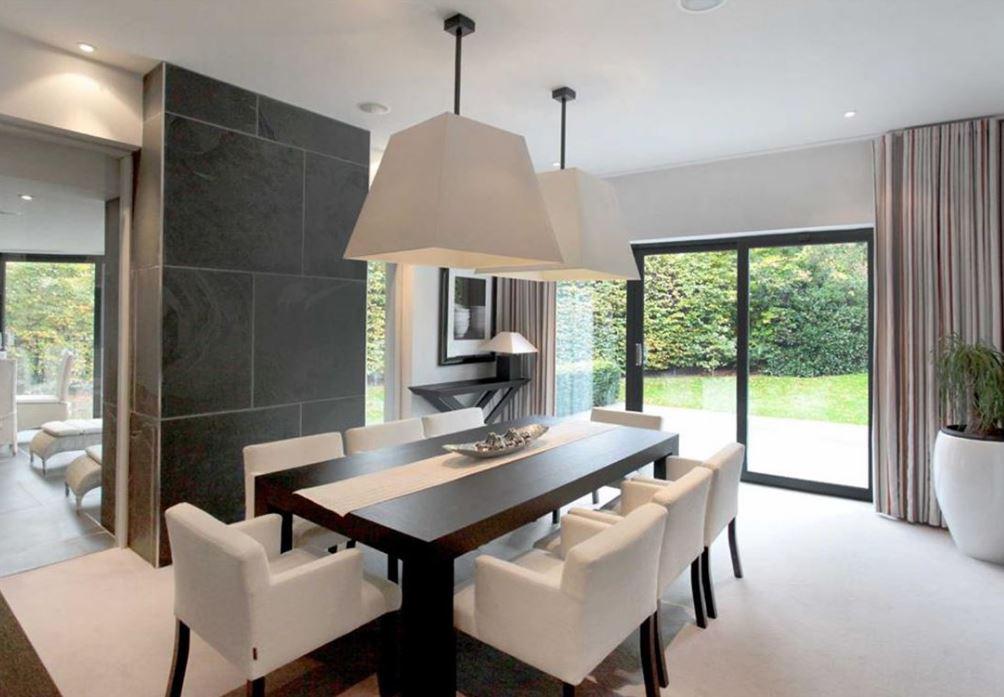 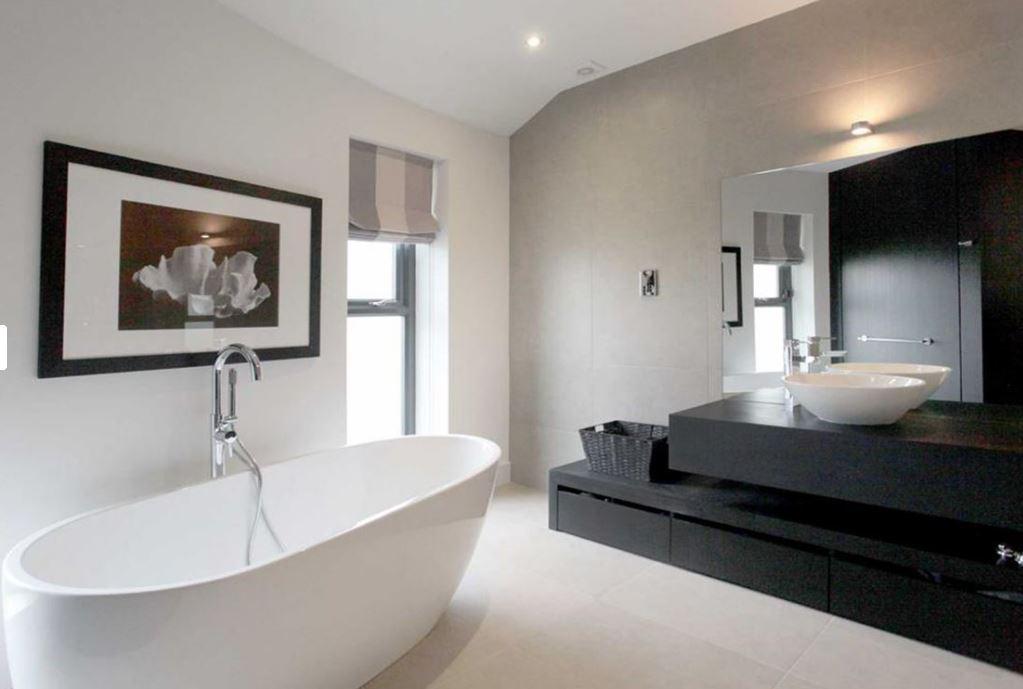 When not wearing his adidas sponsor, Pogba loves to flaunt his designer clobber.

The flamboyant superstar is known to shop at designer stores such as Givenchy, Balmain, Off-White, Amiri, Dolce & Gabbana, Christian Louboutin and Maison Margiela.

Pogba's suits have been almost as eye-catching as his haircuts at times.

In January, Pogba wore a customised suit with the words 'La Pioche', his nickname from Juventus, printed all over. It translated to 'The Pickaxe'.

And Pogba is certainly a member of the Gucci gang.

He has been seen frequently wearing the Italian fashion house's Ghost Project Bomber Jacket which cost an eye-watering £1,610.

But, in recent years, Pogba has often been seen sporting his own personalised fashions.

His initials have been made into gold earrings, printed on his backpack and across items of his clothing.

The logo is seen across Pogba's belongings and was even printed on the plane that took him on his recent tour of the Far East.

And then there's the release of his brand which came at the same time as Pogba got his own range of emojis, aptly named the Pogmoji. 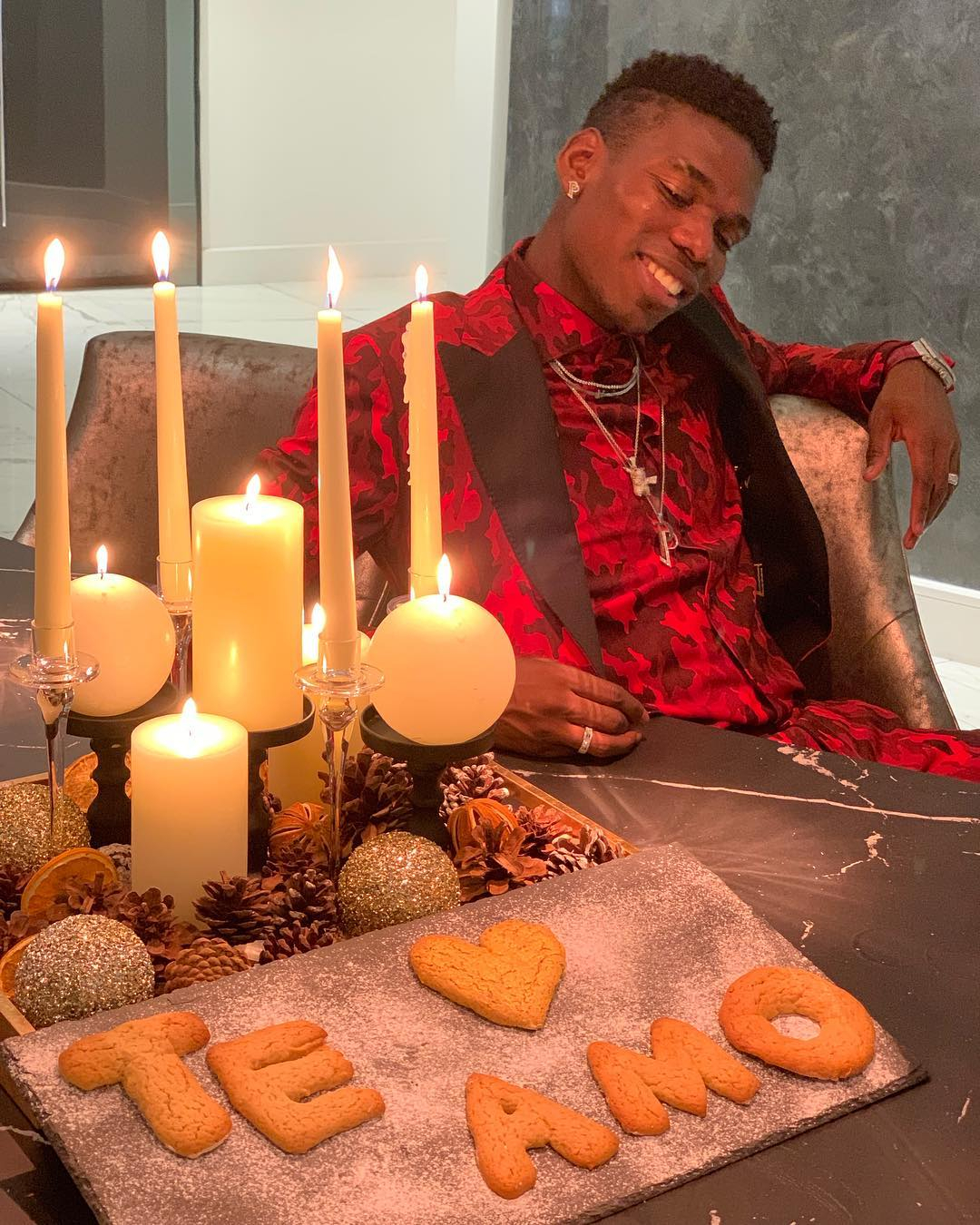 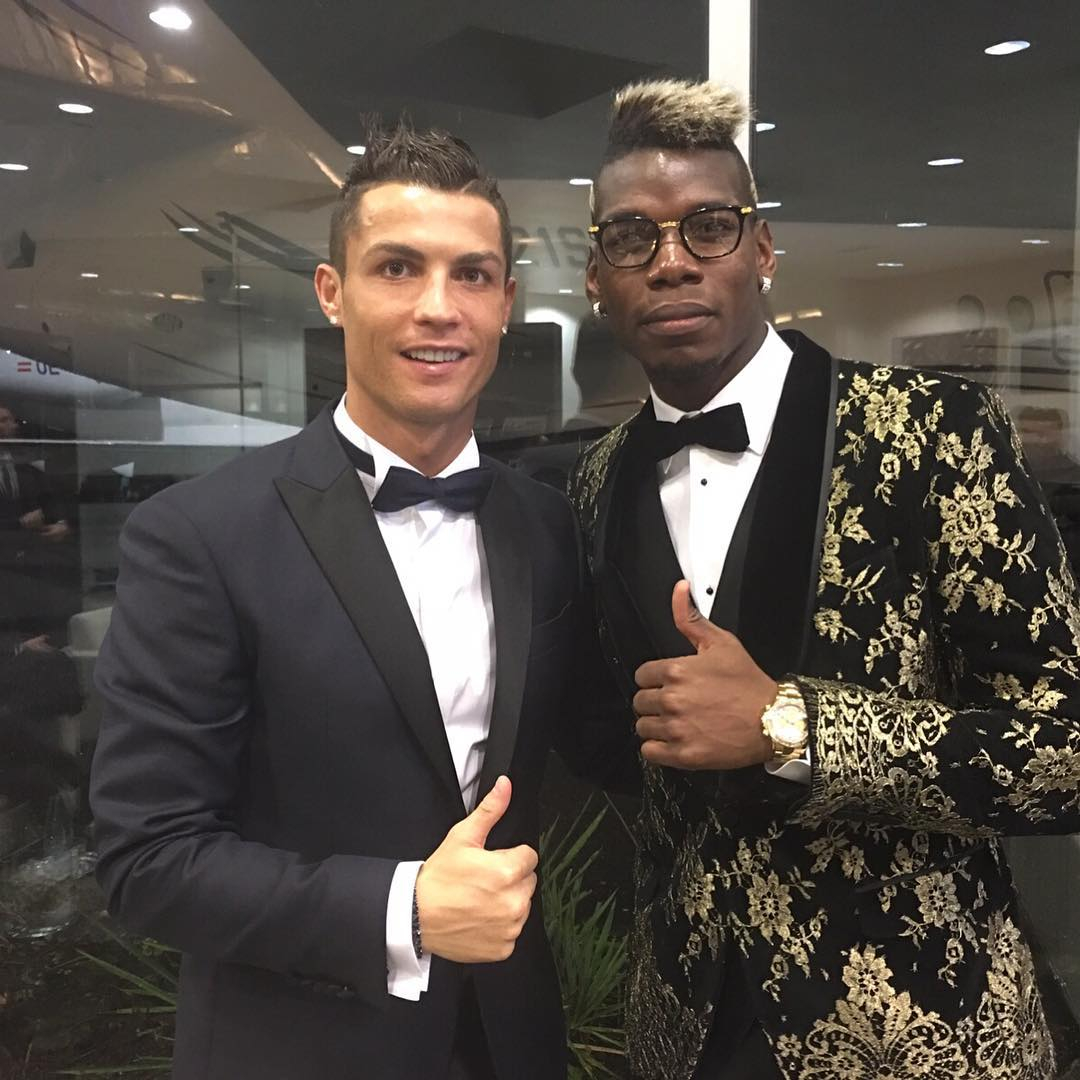 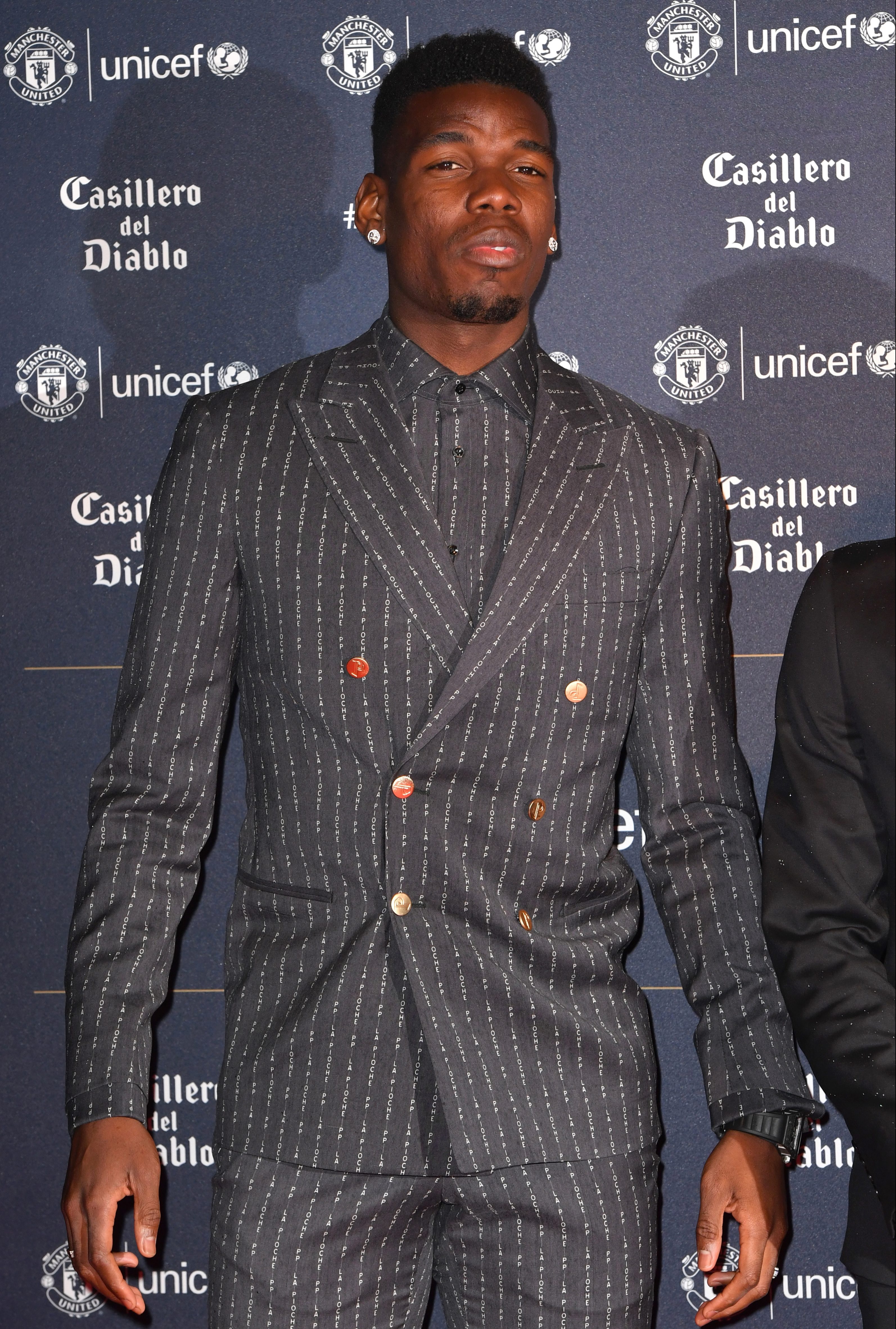 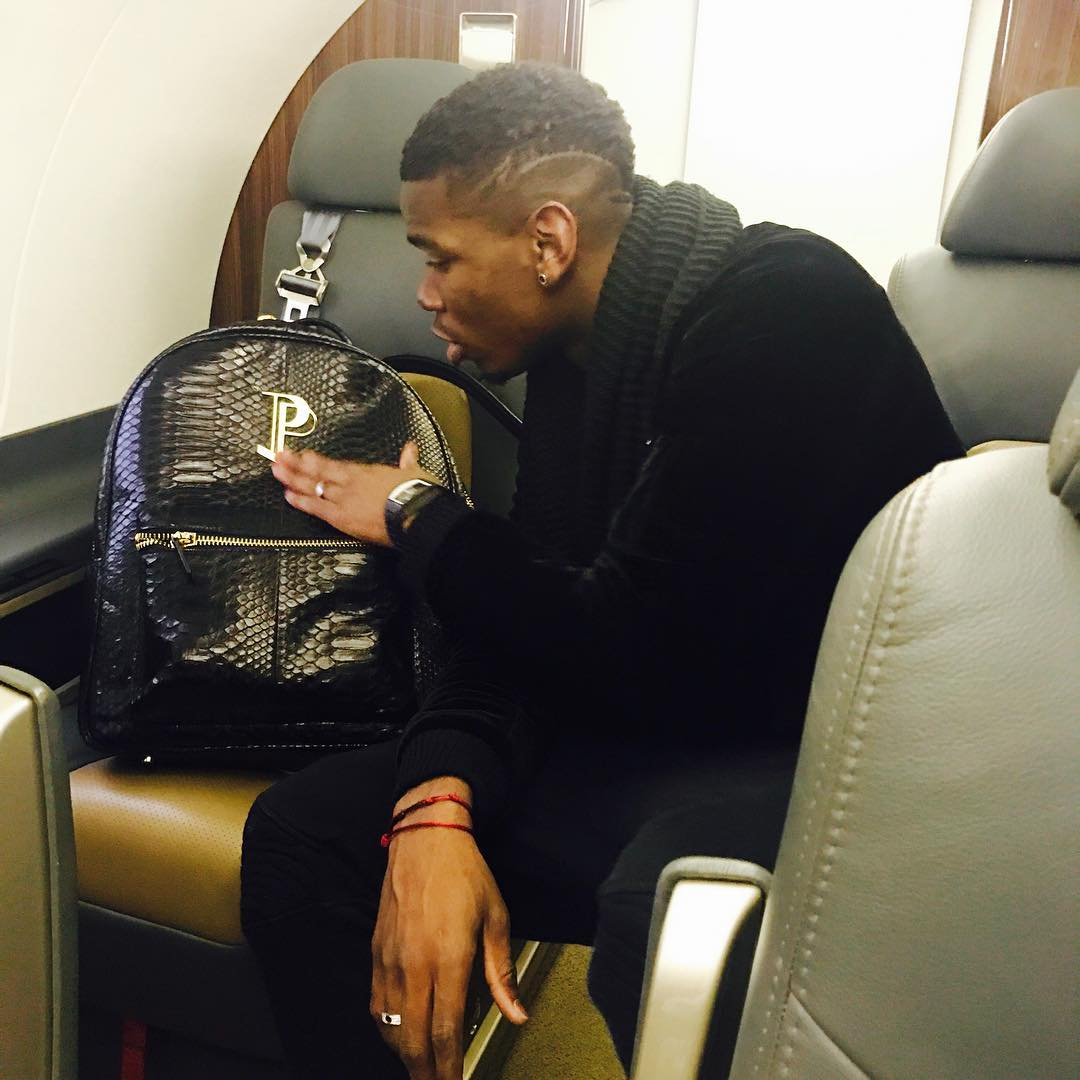 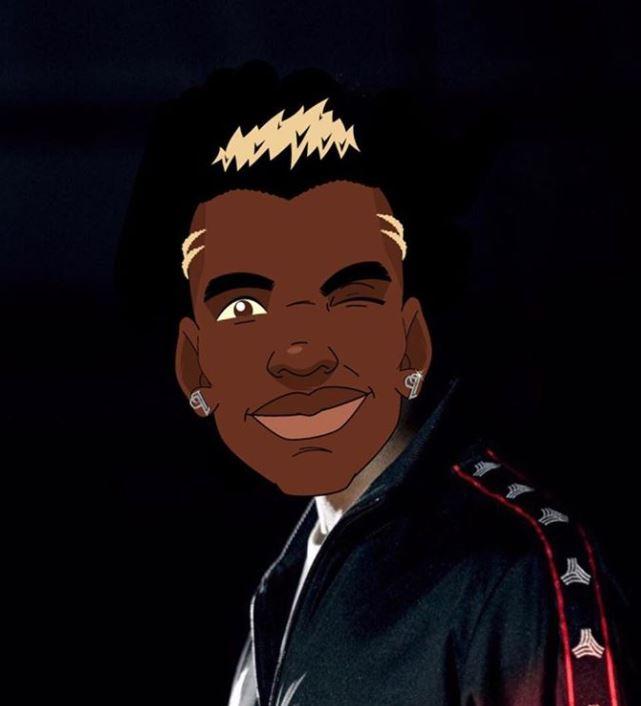 If Pogba's not touring continents on a promotional tour, his summers are often spent on luxury holidays.

And the United superstar keeps his 35m Instagram followers up-to-date with his travels and vacation spots.

There was the trip to Los Angeles with Romelu Lukaku that ended in the Belgian joining Manchester United in 2017.

Pogba regularly holidays in LA, with last year's trip ending in a fallout with then United boss Jose Mourinho.

His party with family and friends annoyed the Portuguese coach who wanted the Red Devils to return to pre-season training early.

Agent Mino Raiola has even joined him on his trips.

When Pogba's after a more relaxing break, he heads to the tranquil setting of the French Polynsesia.

He is regularly pictured in a pool with incredible scenic backdrops.

But, of course, there's also the regular returns weekend breaks back to his home nation of France and the city of Paris. 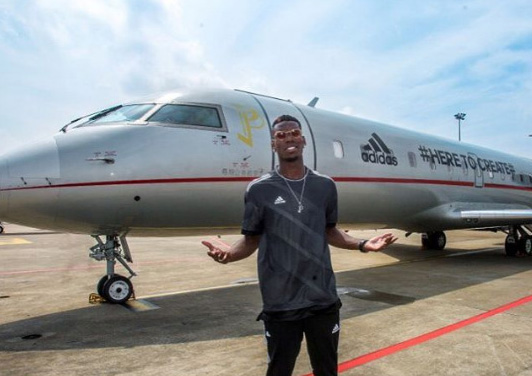 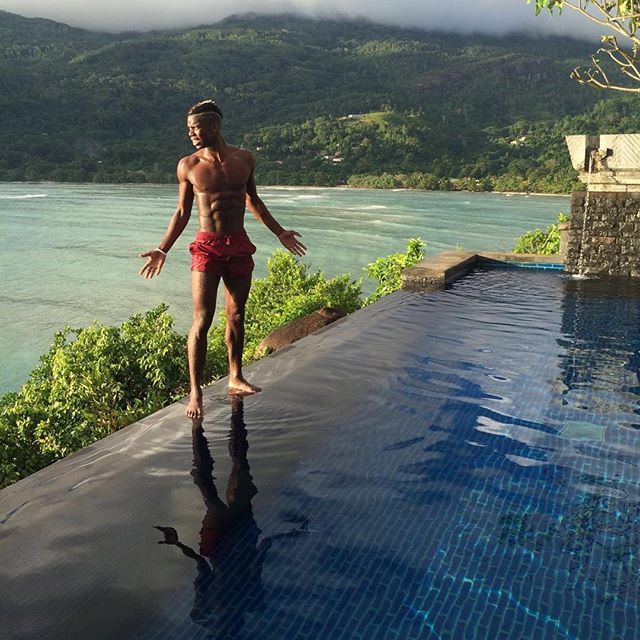 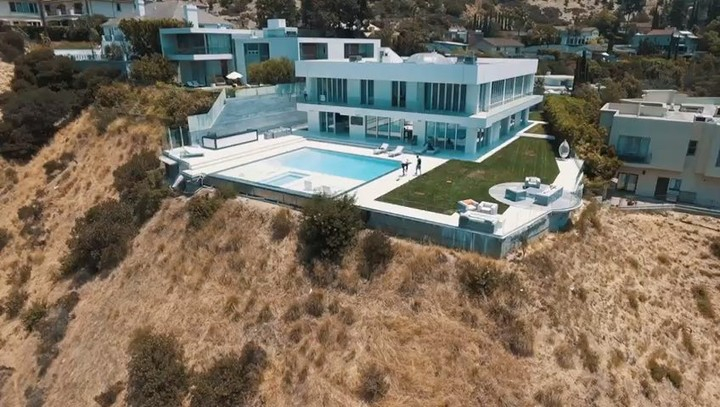 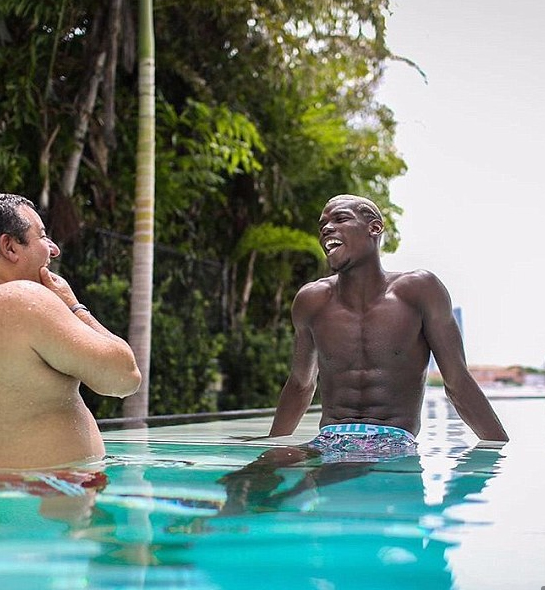 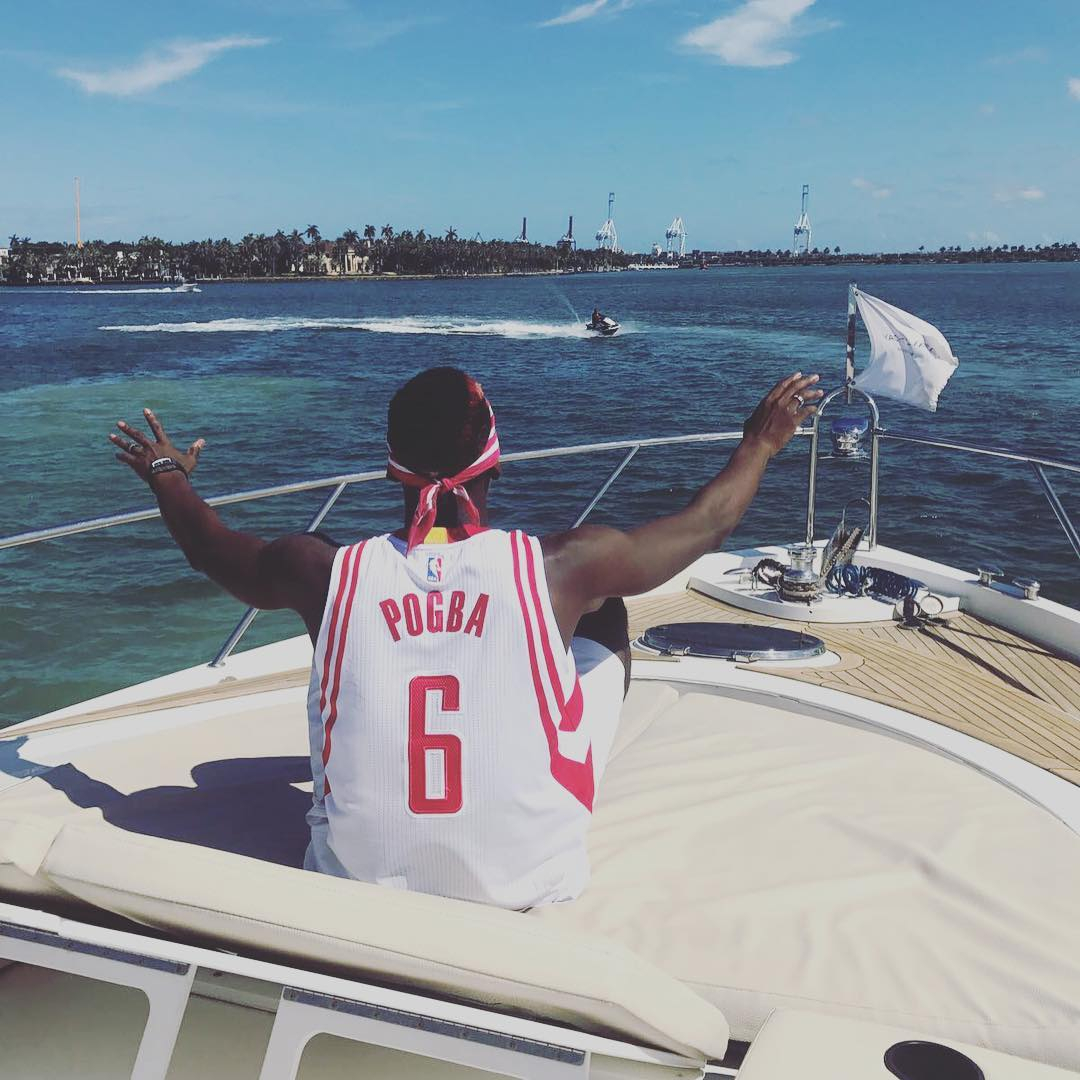 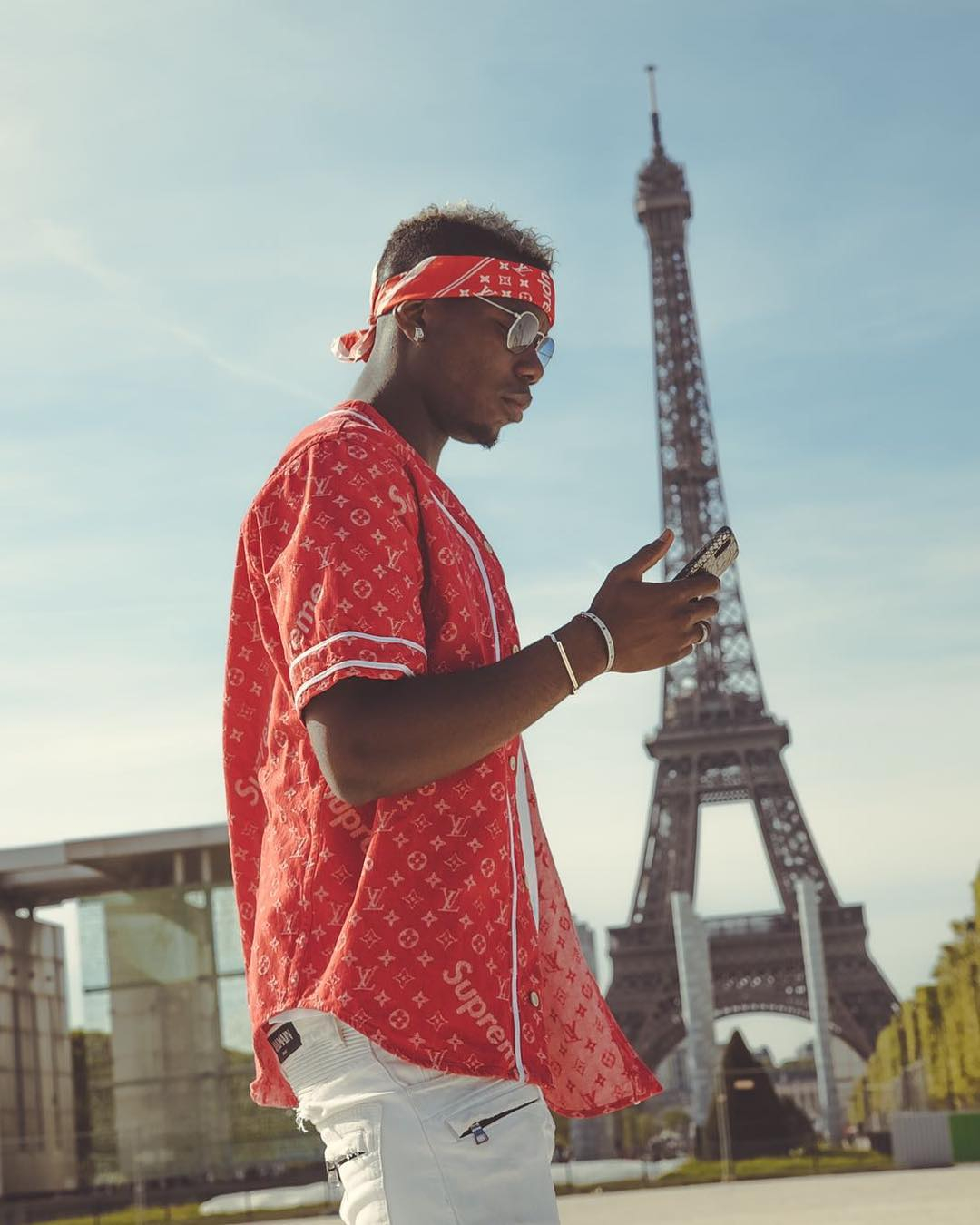 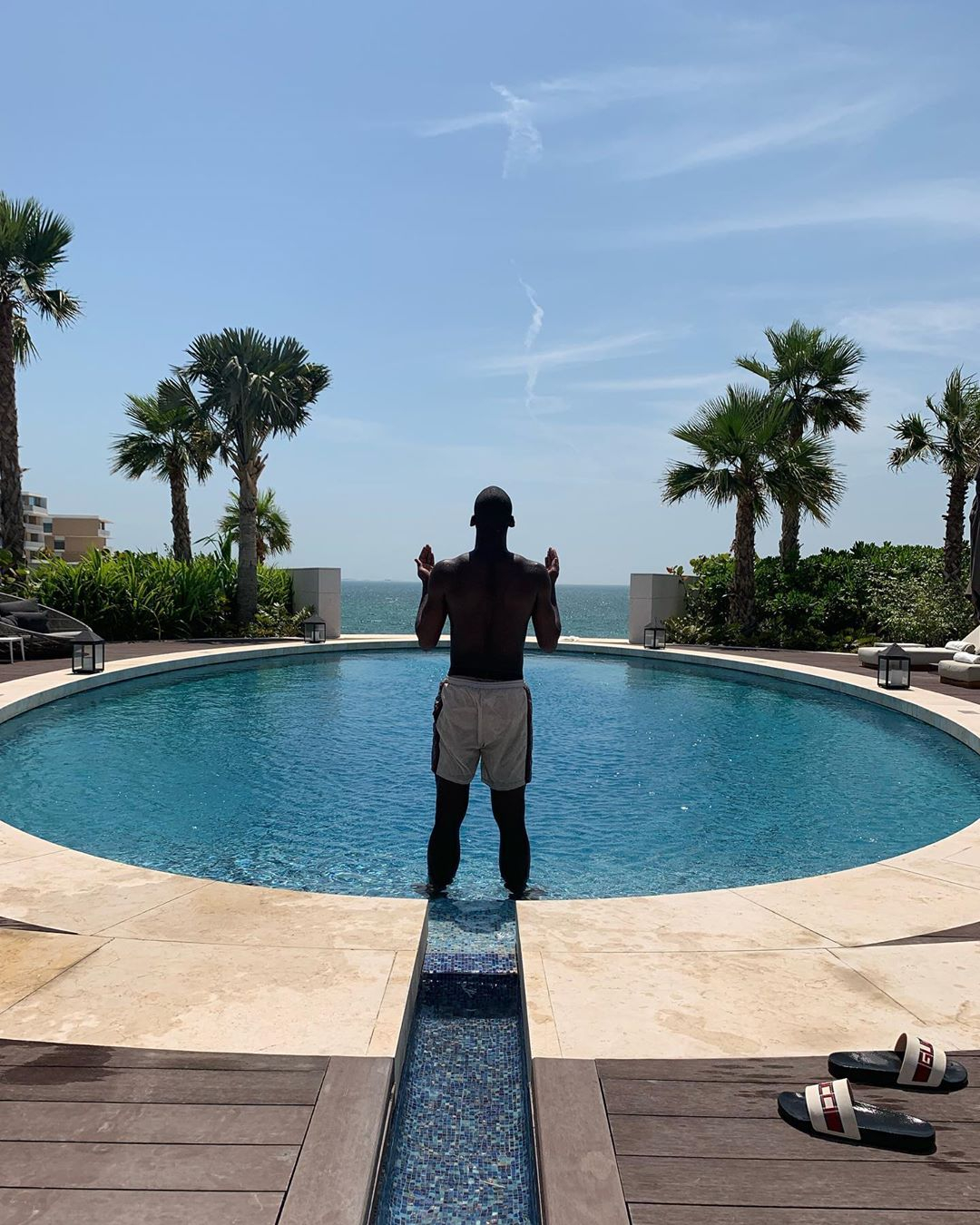 Up until recently, very little was known about Pogba's girlfriend and the mother of his baby.

But model Maria Zulay Salaues is now seen frequently with the footballing superstar.

And rumours of marriage have been sparked after the 25-year-old Bolivian changed her name on Instagram to Zulay Pogba.

The first sightings of Maria came last summer at the World Cup in Russia.

She was pictured alongside the more well-known members of the Pogba family.

His brothers are both footballers as well with Florentin playing for Atlanta United in the MLS and Mathias at Tours in the French third division.

And then there's their mum, Yeo, who has been alongside the Frenchman throughout his career.

On her birthday last year, Pogba posted a tribute to his mother with a picture of them hugging.
It read: "Having my mum is the best trophy I can have, way better than the World Cup trophy, bon anniversaire maman."

Pogba's dad, Fassou Antoine Pogba, passed away in 2017 at the age of 79 after battling illness. 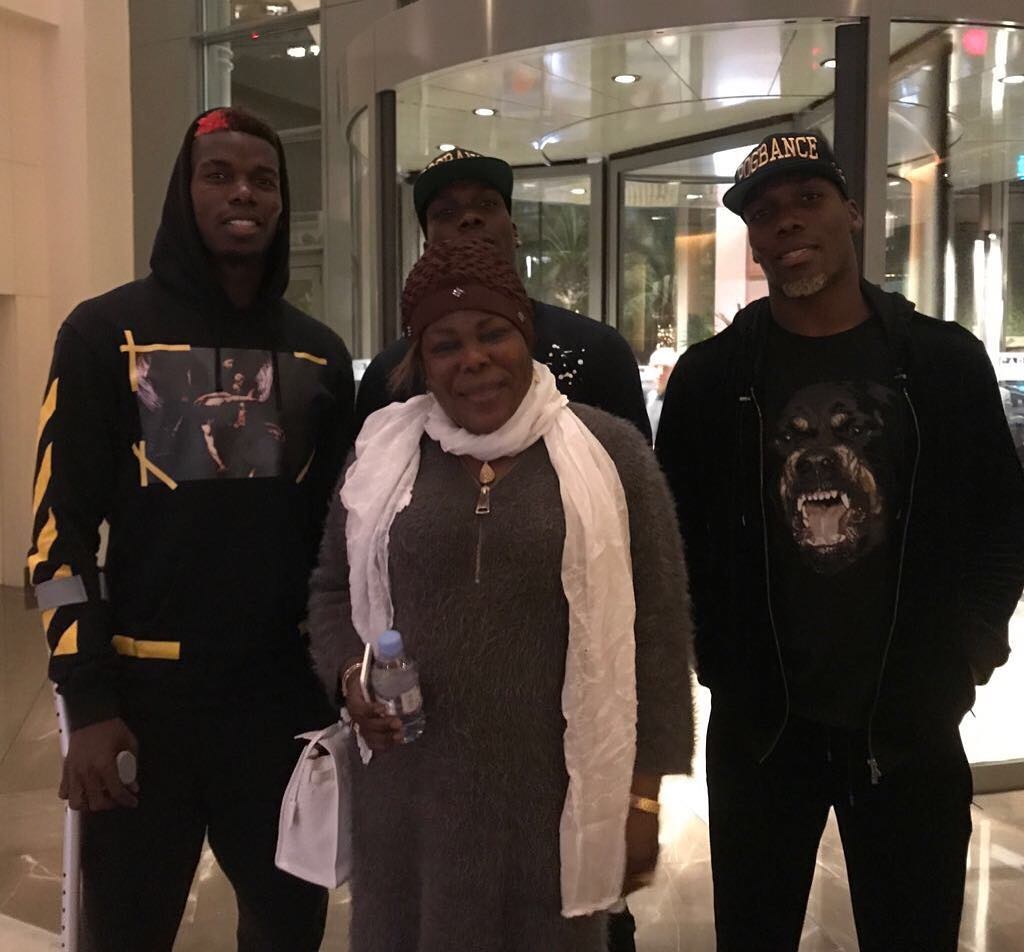 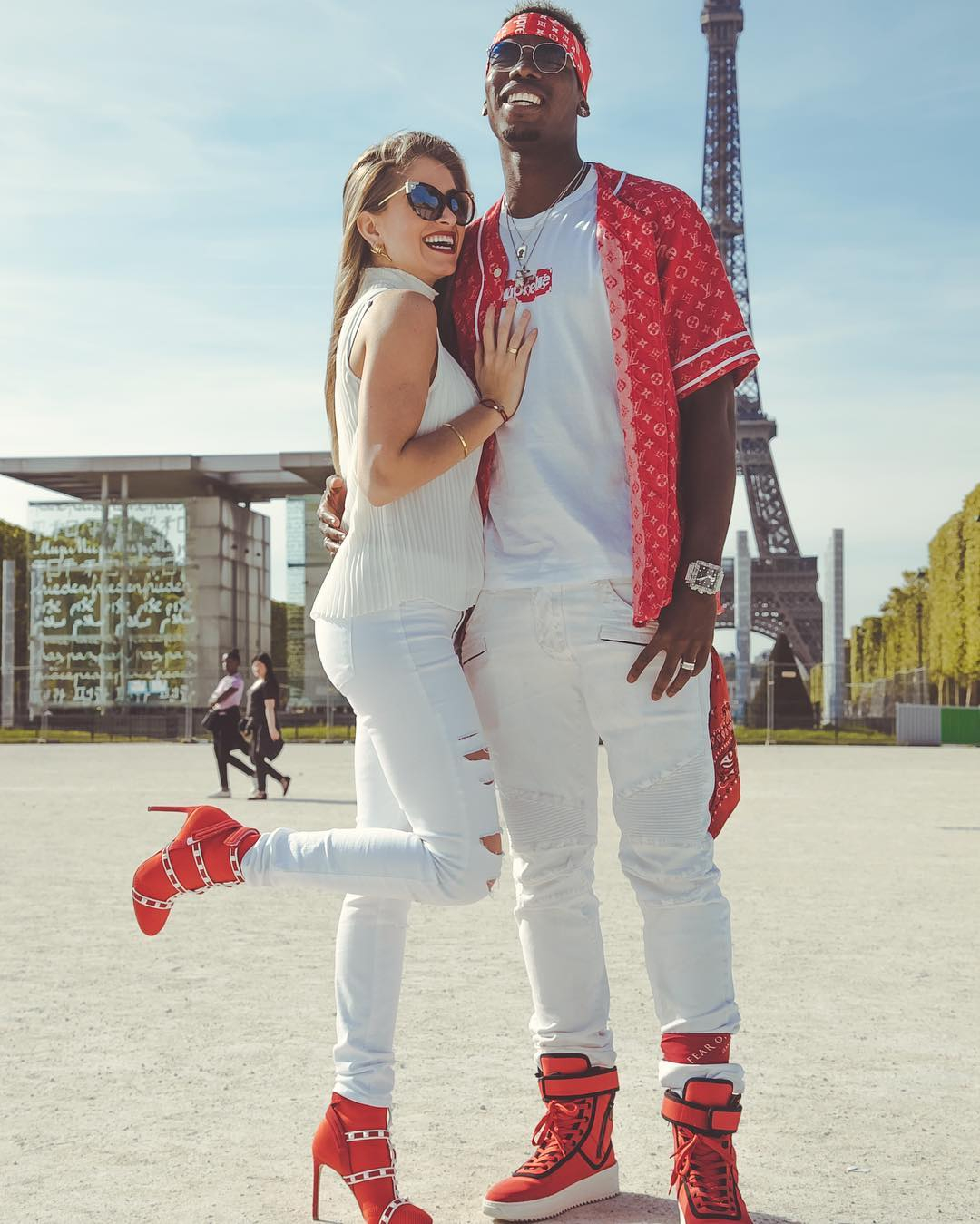 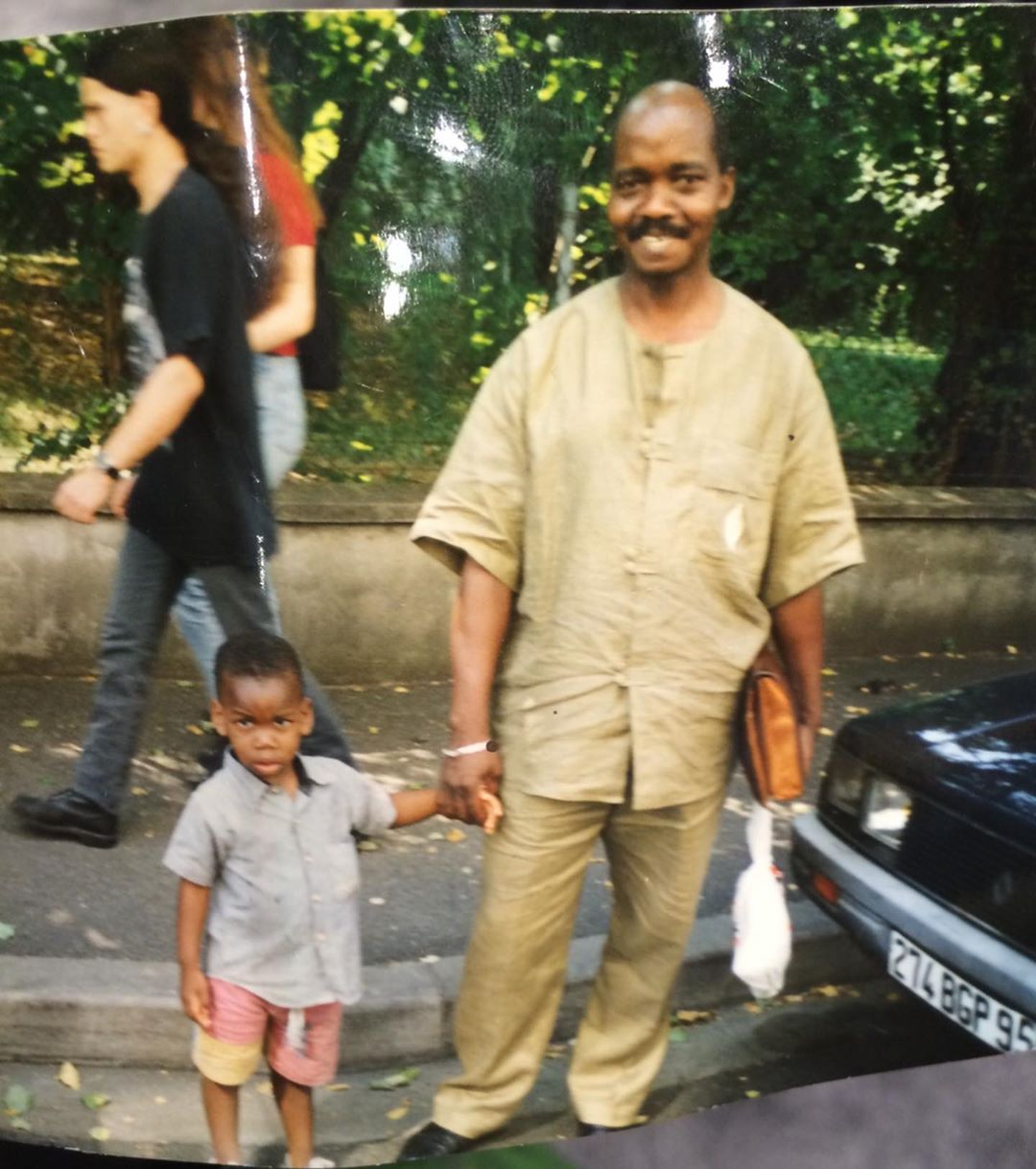 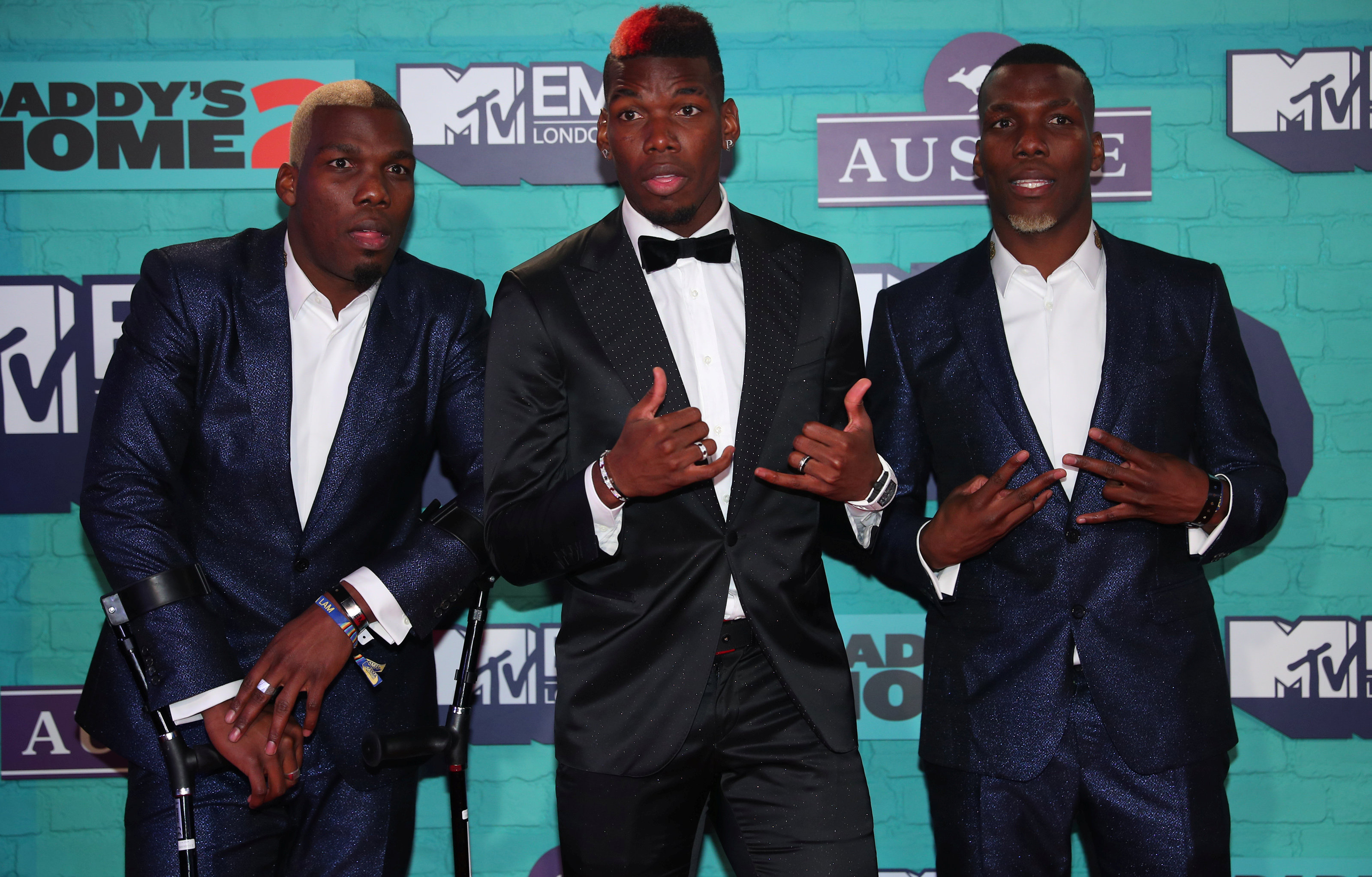