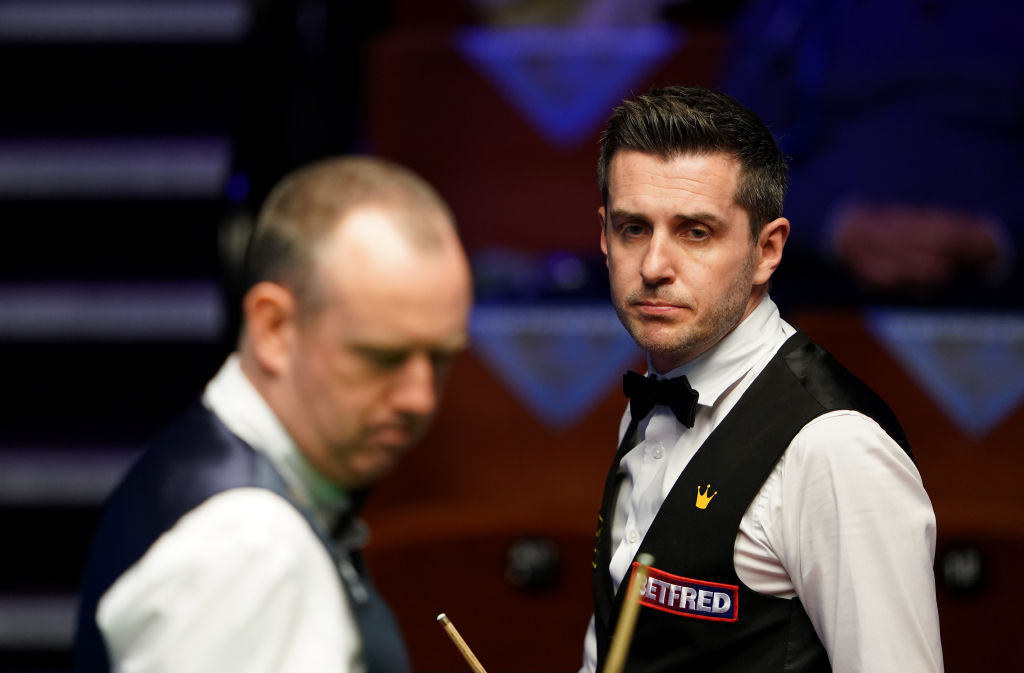 Mark Selby is ‘different class’ to the rest of the field left in the World Snooker Championship, believes Mark Williams after he was thrashed 13-3 by the Jester from Leicester in the quarter-finals.

Selby has been in tremendous form throughout the event so far, hammering Kurt Maflin 10-1 in round one, seeing off Mark Allen 13-7 in the last 16 and now thrashing Williams with a session to spare in the last eight.

The Welsh Potting Machine was not at his best himself, but few could have handled Selby in the form he showed in the best of 25 contest, making just one century (121) but a string of other big breaks and displaying his usual rock solid tactical nous.

Williams had no excuses and was full of praise for his conqueror, predicting Selby will go on to win a fourth world title if he can keep up this level of performance.

‘Far too good,’ said Williams. ‘Out-played, out-potted, pit-safetied, forget about [Neil] Robertson, [Judd] Trump and [Kyren] Wilson, if they all play well Selby’s different class to the lot of them.

‘If he keeps playing like that he’s better than anyone in the game, better than everyone.

‘I wasn’t great to be fair, but that was mainly down to him, he’s just solid, just couldn’t get involved in the game.

‘He’s not pretty on the eye to watch like the other ones, like Trump and Robertson but he’s solid in every department and I couldn’t compete with him in any department.

‘Last couple of frames were a bit scrappy but the match is dead then, totally outplayed, out-potted, out-safetied, which is not that easy to do against me.

‘I thought he played brilliant all the way through. He just totally outplayed me and if he plays like that I think he’ll win it.

‘If they’re all playing well there’s only one winner and that’s him.’

Selby is pleased with the superb displays he has shown so far and feels he has played better this year than by this stage on any of his three world title wins.

‘I more or less carried on how I was in the other two games, didn’t give Mark anything and that was my plan when I went out there,’ said Selby. ‘I knew how well I was playing against John Higgins and it seemed to work.

‘Performance-wise in the three matches I’ve played I’ve probably been better than the three years I’ve won it going into the semi-finals. It doesn’t mean you’re going to go on and win it, I’ve got potentially two tough matches whoever they are.

‘I’m happy with where my game is and happy with the way I’m playing.’

Selby will take on Anthony McGill or Stuart Bingham in the semi-finals, with the pair playing to a finish of their quarter on Wednesday afternoon.

Kyren Wilson has won through to the semi-finals already on the other half of the draw, upsetting Neil Robertson 13-8 on Wednesday morning and he will take on the winner of Trump and Shaun Murphy in the last four.