TYSON Fury's rise to heavyweight boxing champion is largely down to one man – his father John. 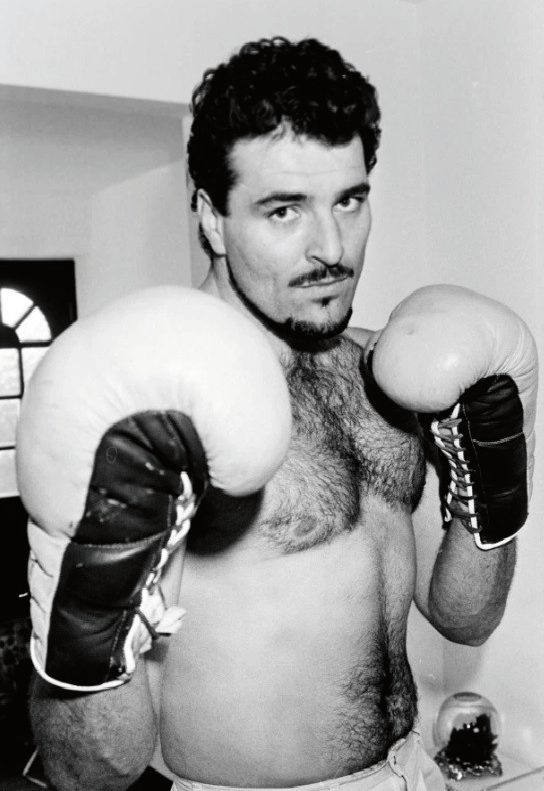 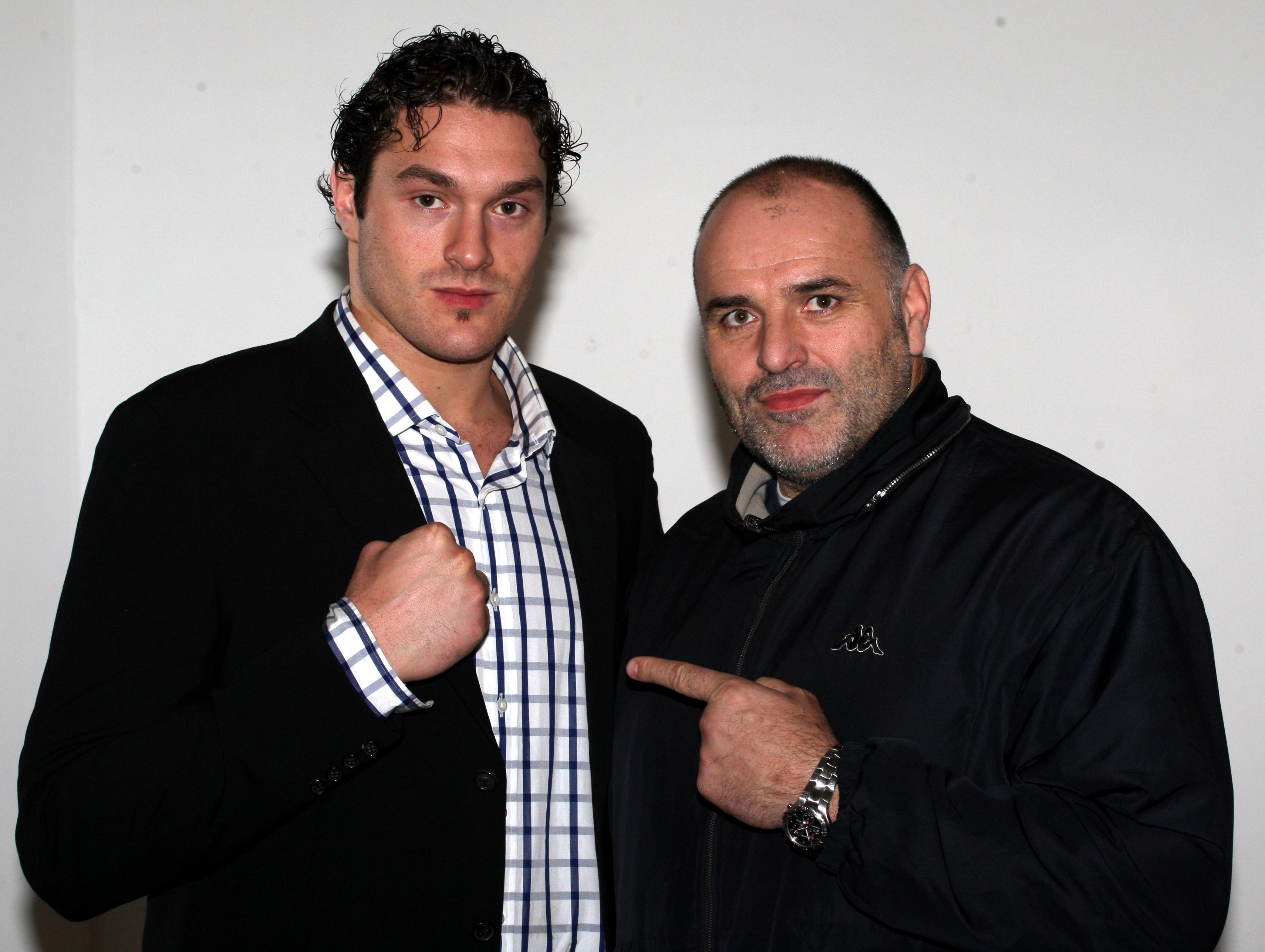 His Irish-born dad was a boxer too, fighting 13 professional bouts.

He also fought bare-knuckle fighting and claims he won £100,000 in one bout.

John Fury, 55, also served four years of an 11-year sentence for gouging a man's eye out in a sickening attack.

And such is John's influence on his son, it is believed he is the reason why Tyson parted ways with long-term trainer Ben Davison.

Just like Tyson, life began in the ring for John.

He had very little choice. Born in Galway, it was a family tradition to enter the fight game.

And he was good at it too.

The fights I had were usually over within seconds. I weren’t an especially big puncher, but, once I got going, I’d not stop swinging until they were out cold

His one title fight ended up being a defeat against Yorkshire-born Neil Malpass in 1989.

Journeyman Malpass pummelled John and won on points in a 10 round contest.

John fought on four more times after that, retiring after losing his last fight against Steve Garber at the G-Mex Centre in Manchester in 1995.

But he was also more than handy at bare-knuckle fighting.

John, who later coached Tyson and his brother Love Island star Tommy, told the Daily Star: “In 1992, I fought the ­so-called ­champion at the time, an Irishman whose name I can’t even remember, over in Ireland. 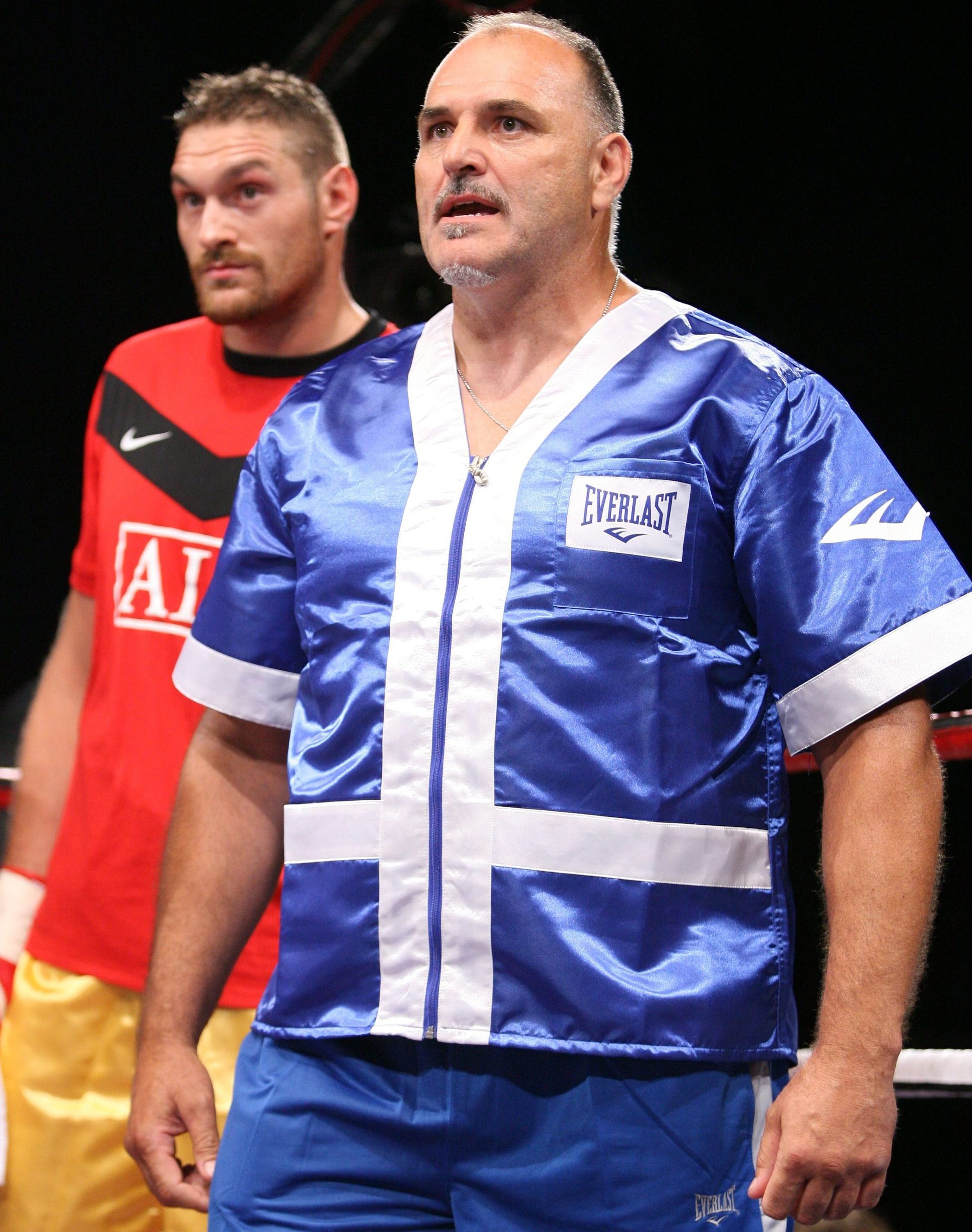 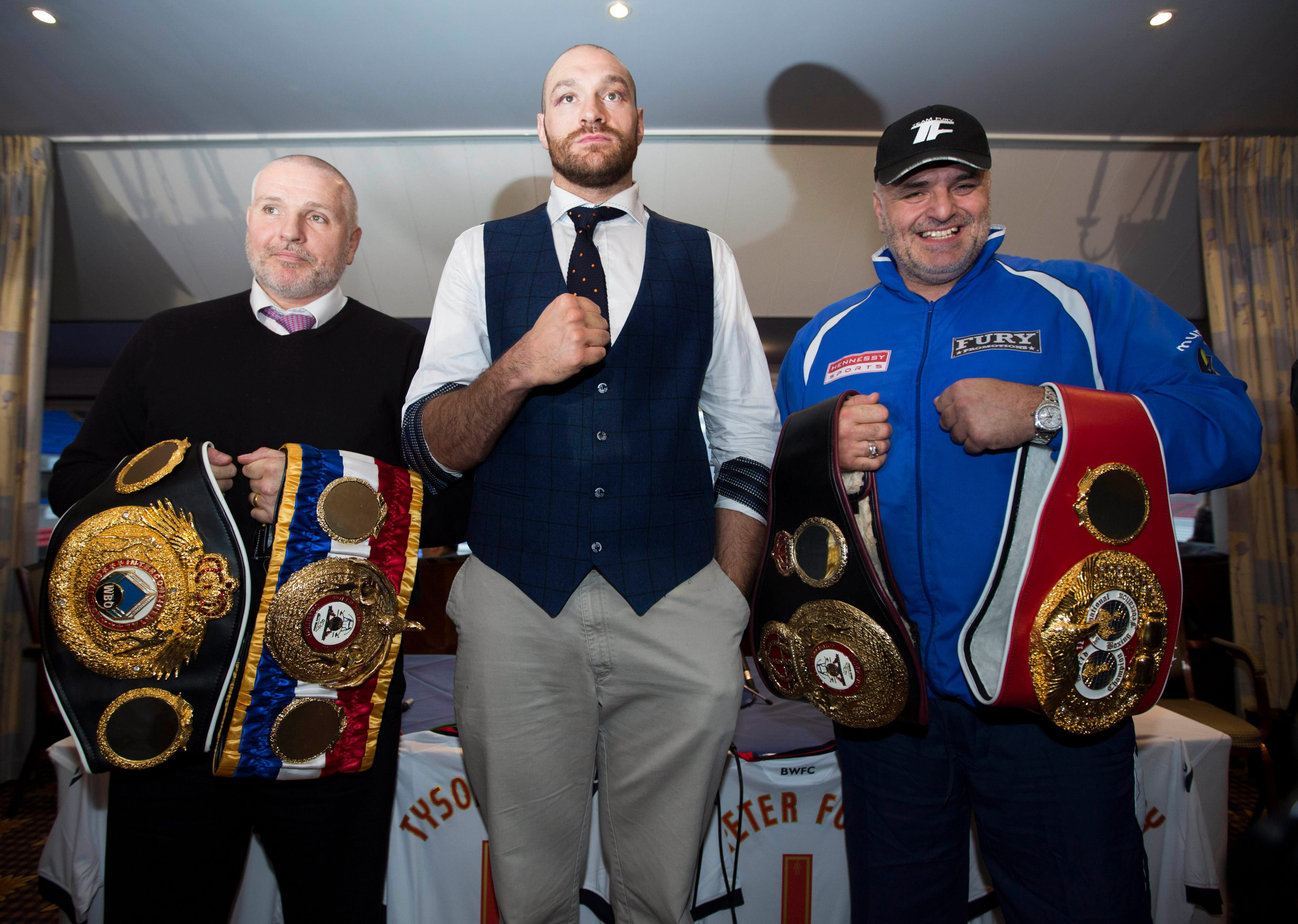 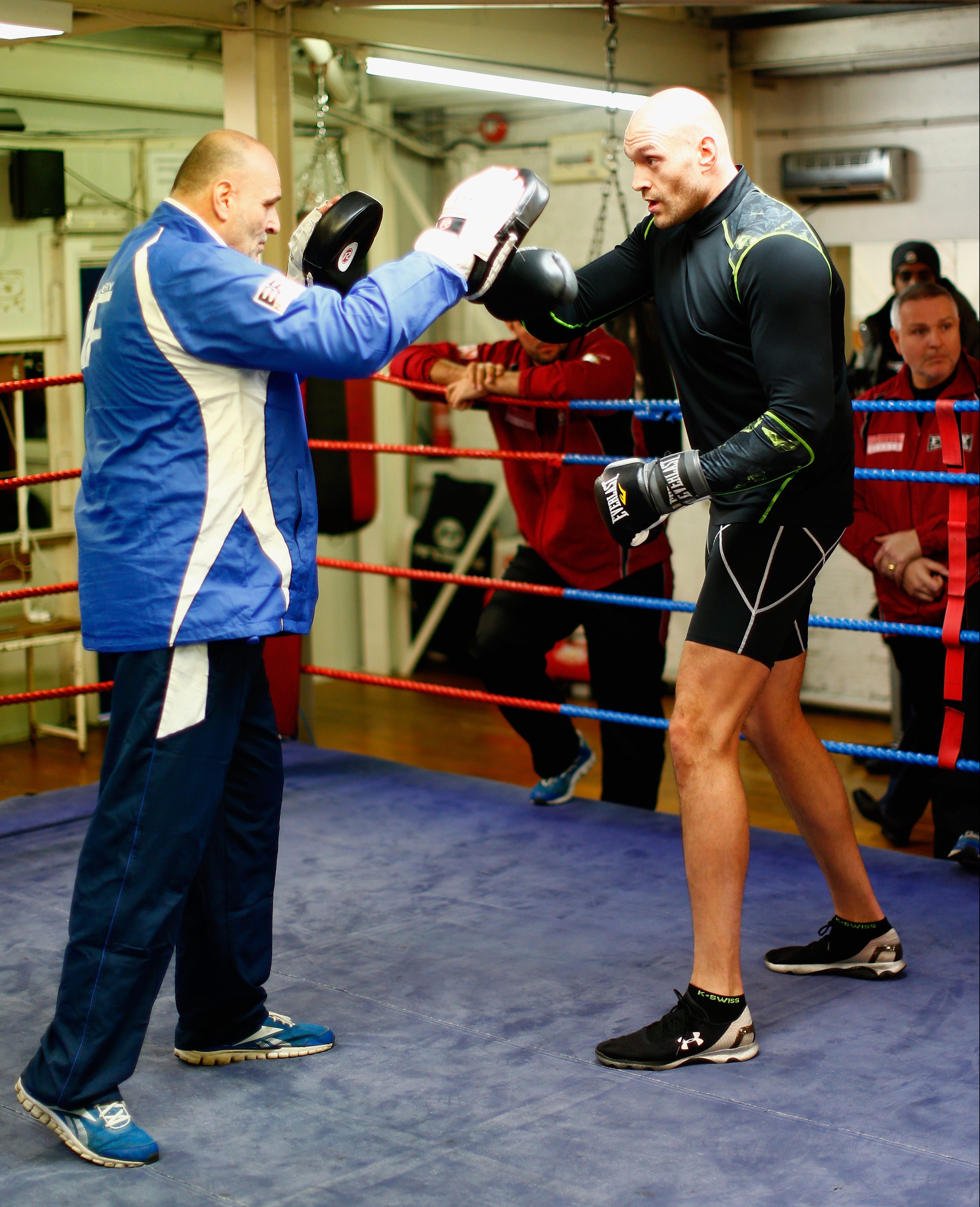 “With stakes and everything, I came up over a hundred grand.”

“The fights I had were usually over within seconds.

“I weren’t an especially big puncher, but, once I got going, I’d not stop swinging until they were out cold.

“I’d not come up for air. I just wanted to kill. I’d hit them with fists, elbows, head, teeth and feet until they dropped and give best [surrendered].

"If they didn’t, I’d kick their face off, it was up to them. Afterwards, shake hands and on to the next one.

“In my twenties I was a really ­formidable force."

When he quit fighting he became Tyson's trainer, steering him to the British title after just eight contests. 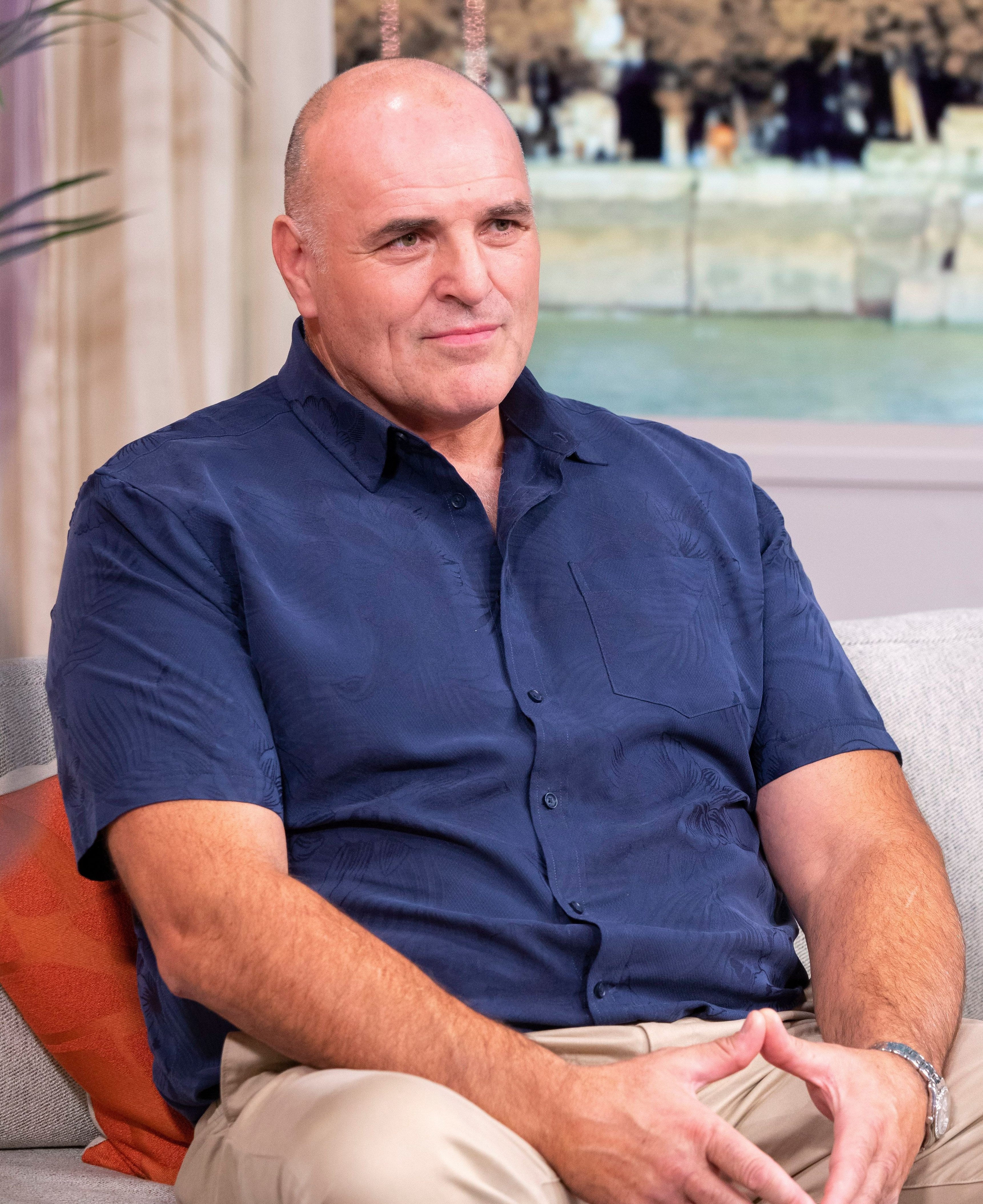 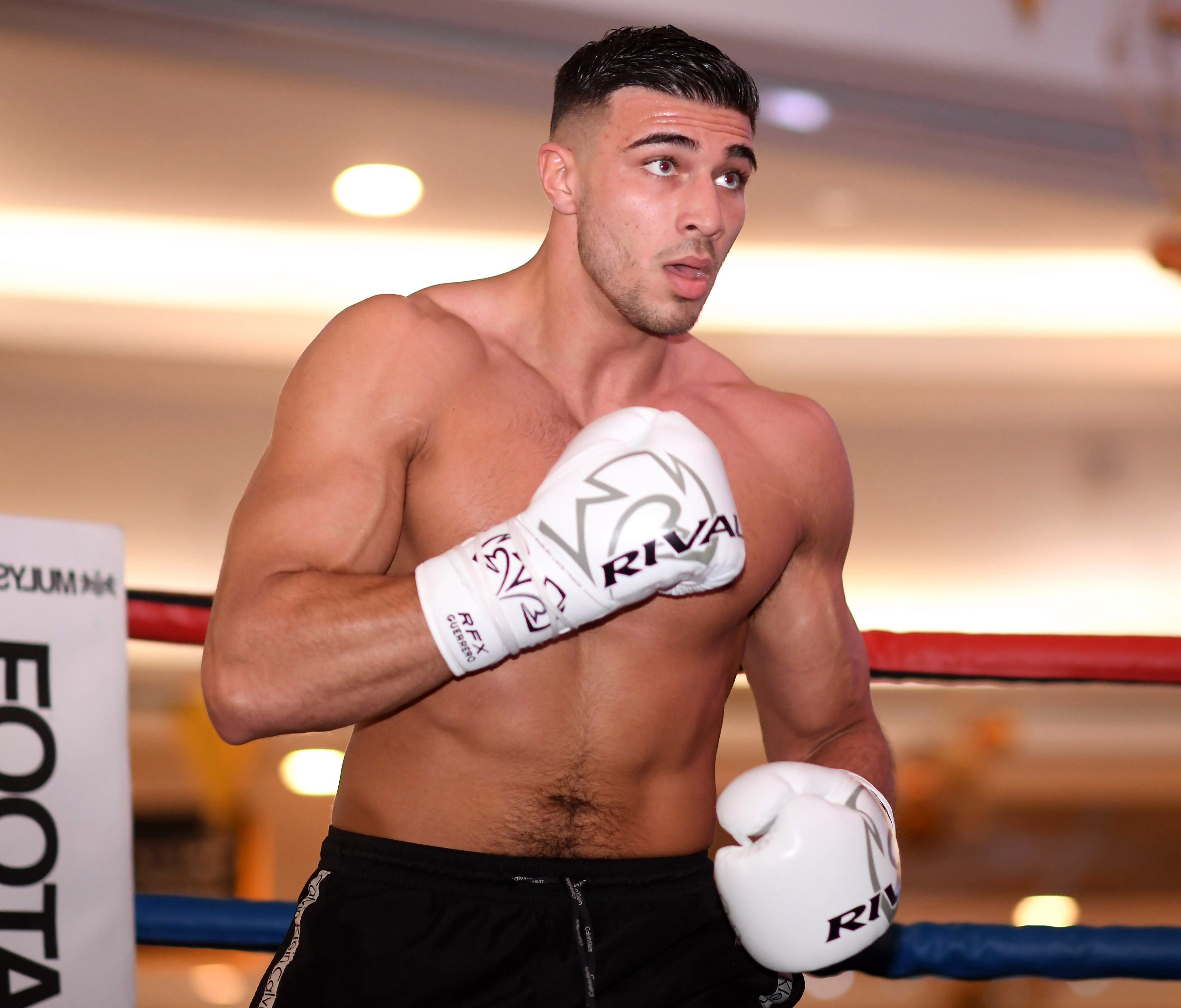 NAMED HIS SON AFTER MIKE TYSON

When Tyson Fury was born back in 1988, Mike Tyson ruled supreme as undisputed heavyweight champion of the world.

But the baby was three months premature and weighed just 1lb.

Fury was given slim chances of survival by doctors, but proved he was a fighter from birth.

Father John Fury explained on ITV’s documentary Tyson Fury – The Gypsy King: “He was just a pound in weight.

“I said to all them doctors, he won’t be small, I said he’ll be nearly 7ft tall, 20 stone, the next heavyweight champion of the world.

"I thought, 'There’s only one name fitting for him, he’s fought hard to become a person living in this world.’

“Mike Tyson was the best in the world at that time.

A TIME FOR REFLECTION

Fighting got John in serious trouble in 2011.

A  12-year grudge with Oathie Sykes boiled over and John tried to gouge his foe's eye out in a fight at a car auction.

John, the self-confessed 'hardest man in Britain', broke down in court as he plead for a lenient sentence.

"I’m worried about my son. His boxing career is on the line," he told the court.

“If I could give my own eye to him to get back to my children I would do – I’m begging you for my life.”

But Skyes offered a different testimony.

"It was like he was trying to pull his finger into my brains through my socket," he said. 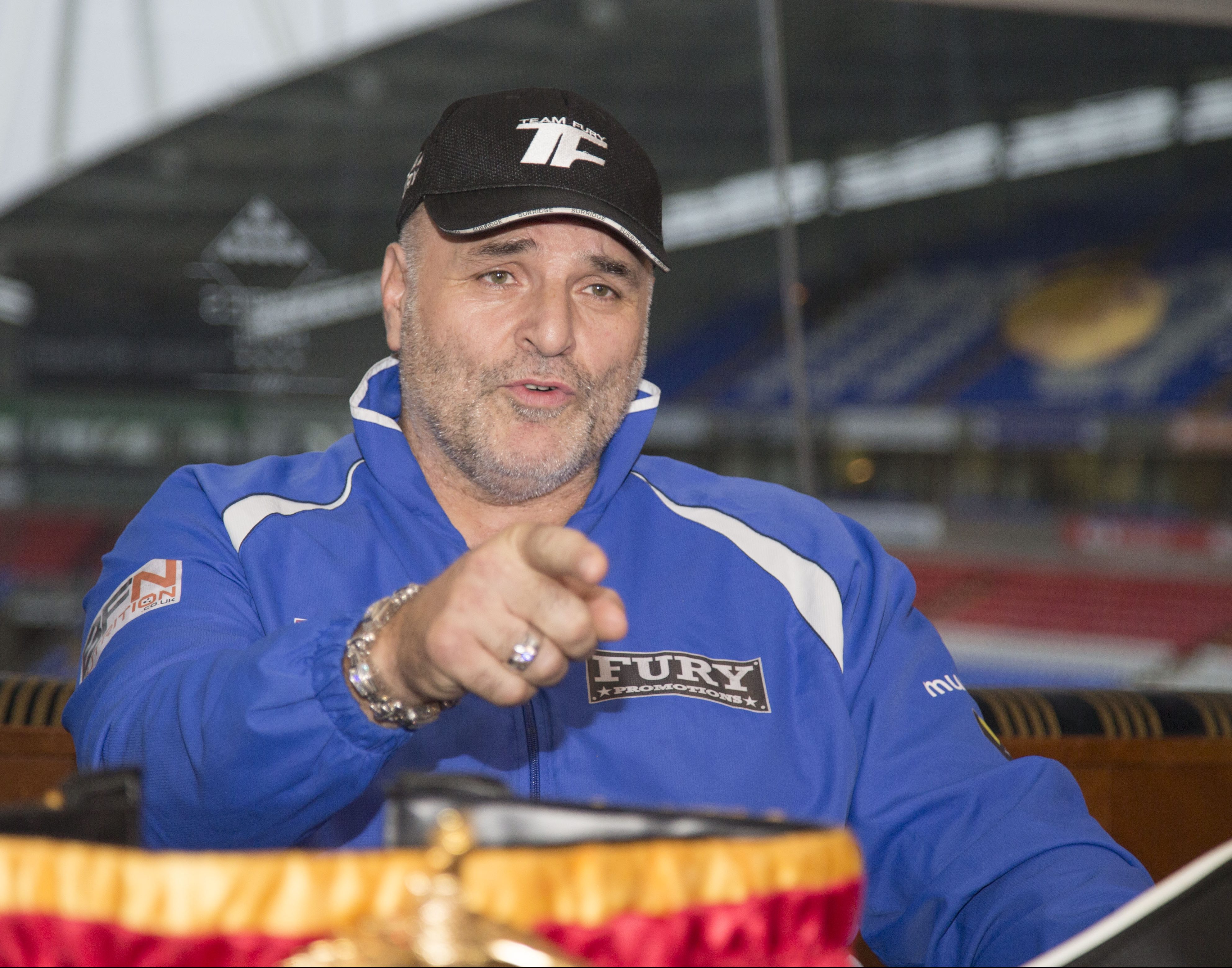 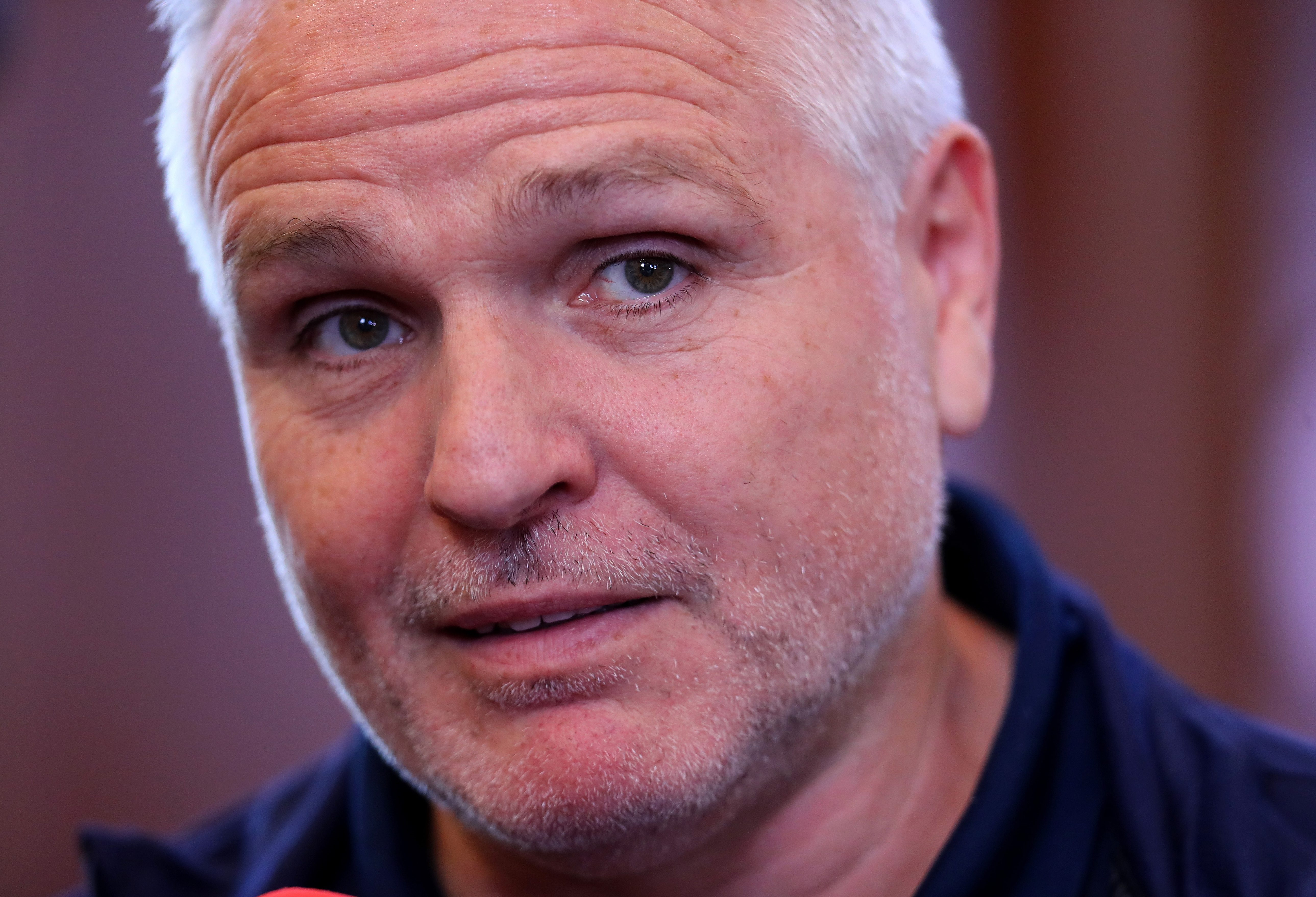 RELEASED WHEN HIS SON WAS CHAMP

In 2015, John was released from prison after serving four years of his sentence.

Two months later, his family were celebrating Tyson becoming heavyweight champion of the world after his epic victory against Wladimir Klitschko in Germany.

John was ringside, and he couldn't have been prouder of his boy.

Reformed John was also ready to be a calming influence on his son's life.

"Sometimes his mental state can carry him away but I can understand and help with that," John told the BBC.

"I've been very unlucky, but very lucky as well because my son has remained undefeated [during my time in prison] and come on in leaps and bounds.

"But when I think he is going down the wrong way I can pull him up and tell him 'we don't need that'." 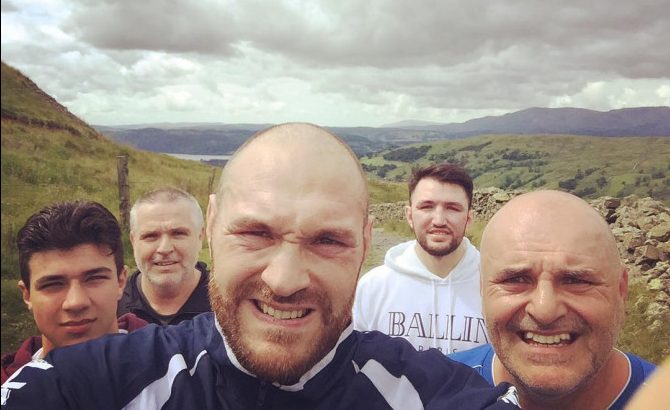 NOT AFRAID TO SPEAK HIS MIND

Since his release, John has become a media pundit for his son's fights, primarily those in the US because he can't get a visa to travel to the States due to his criminal record.

“I’ve been a naughty boy and there is no point hiding it,” Fury admitted.

“I’m not allowed in the country.”

He's appeared on BT Sport, and was critical of Tyson's trainer Ben Davison after his son struggled to overcome Otto Wallin, surviving a nasty gash on his eye that required plastic surgery to fix.

It was no coincidence that Davison was relieved of his duties after that fight.

“I’ve never seen him as bad," he told BT Sport.

“He looked weight-drained, he looked like he’d left it all in the gym to be honest with you."

Not mincing his words, he added: “I’m being honest about it, he’s my son, I’m a straight talker, that’s the worst I’ve seen my son. 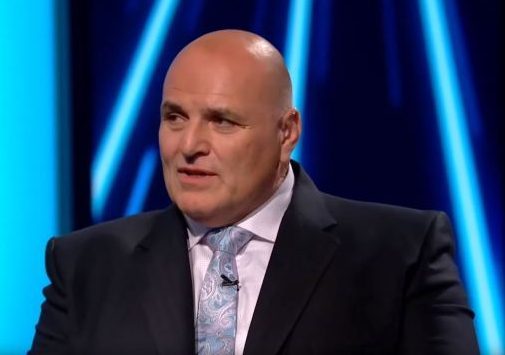 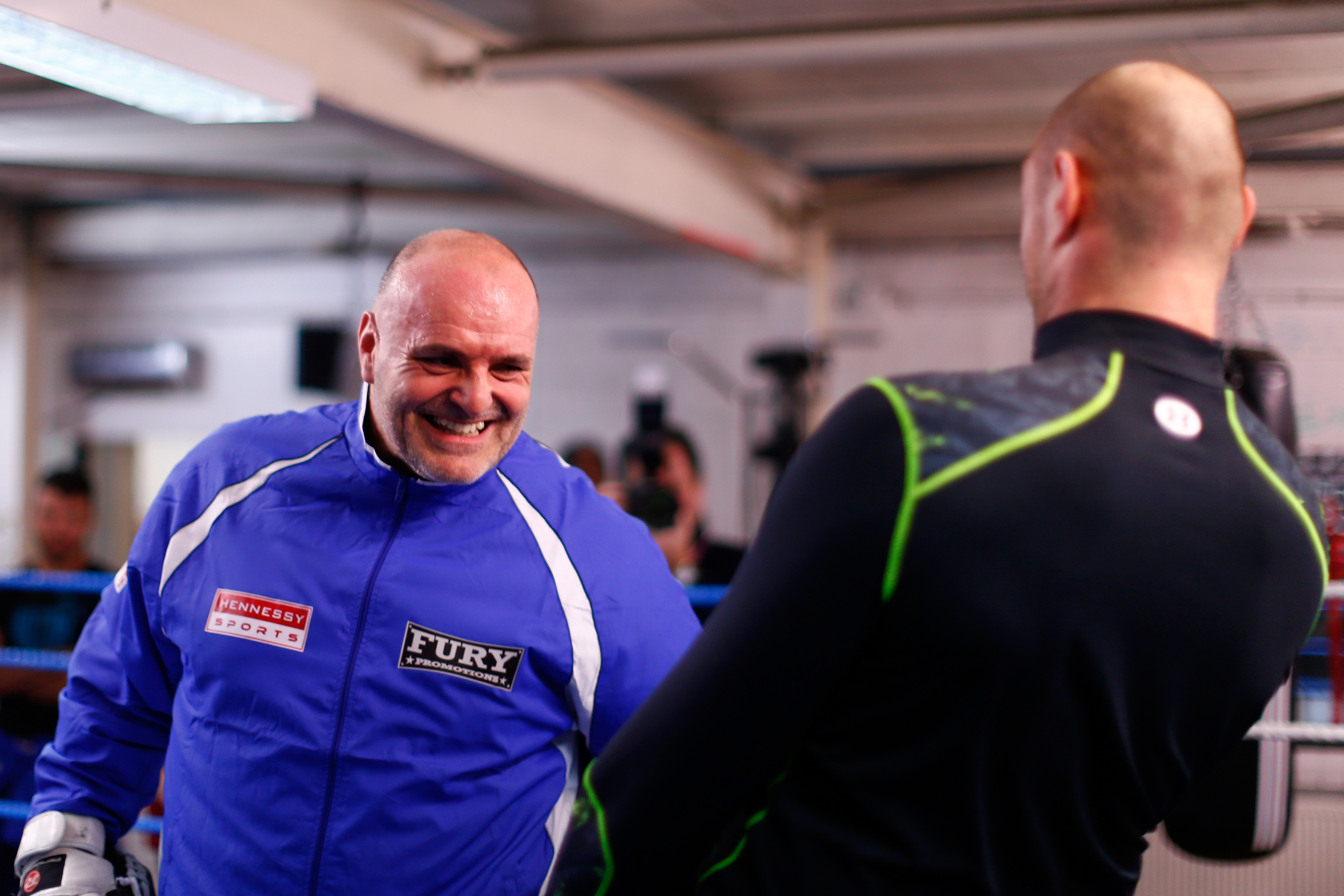 “But what I can say? I’m very proud of the way he mauled his way through it, he showed world class heart and he will come again.

“He needs to go back to the drawing board and see what’s gone wrong here. And be honest to look in the mirror and say, ‘Things ain’t gone right.’

“He needs to look where he’s gone wrong. I’ve half an idea, but that’s for my own.”