UNDERTAKER, Great Khali and Braun Strowman are all monsters that have dominated WWE in recent times… but now there is a new giant in town.

The company’s NXT developmental brand handed a debut to the humongous Jordan Omogbehin, 28, in 2016. 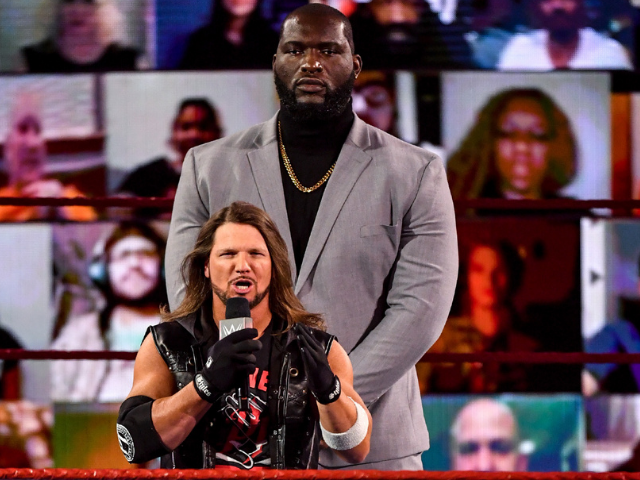 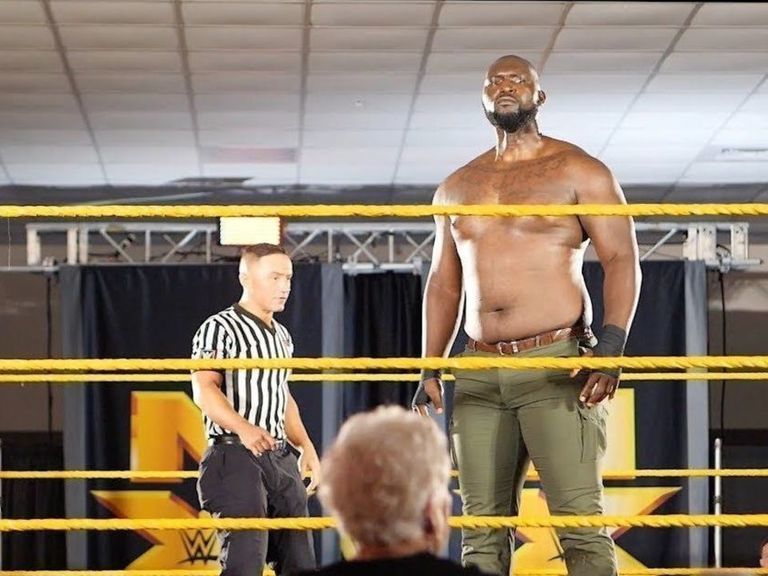 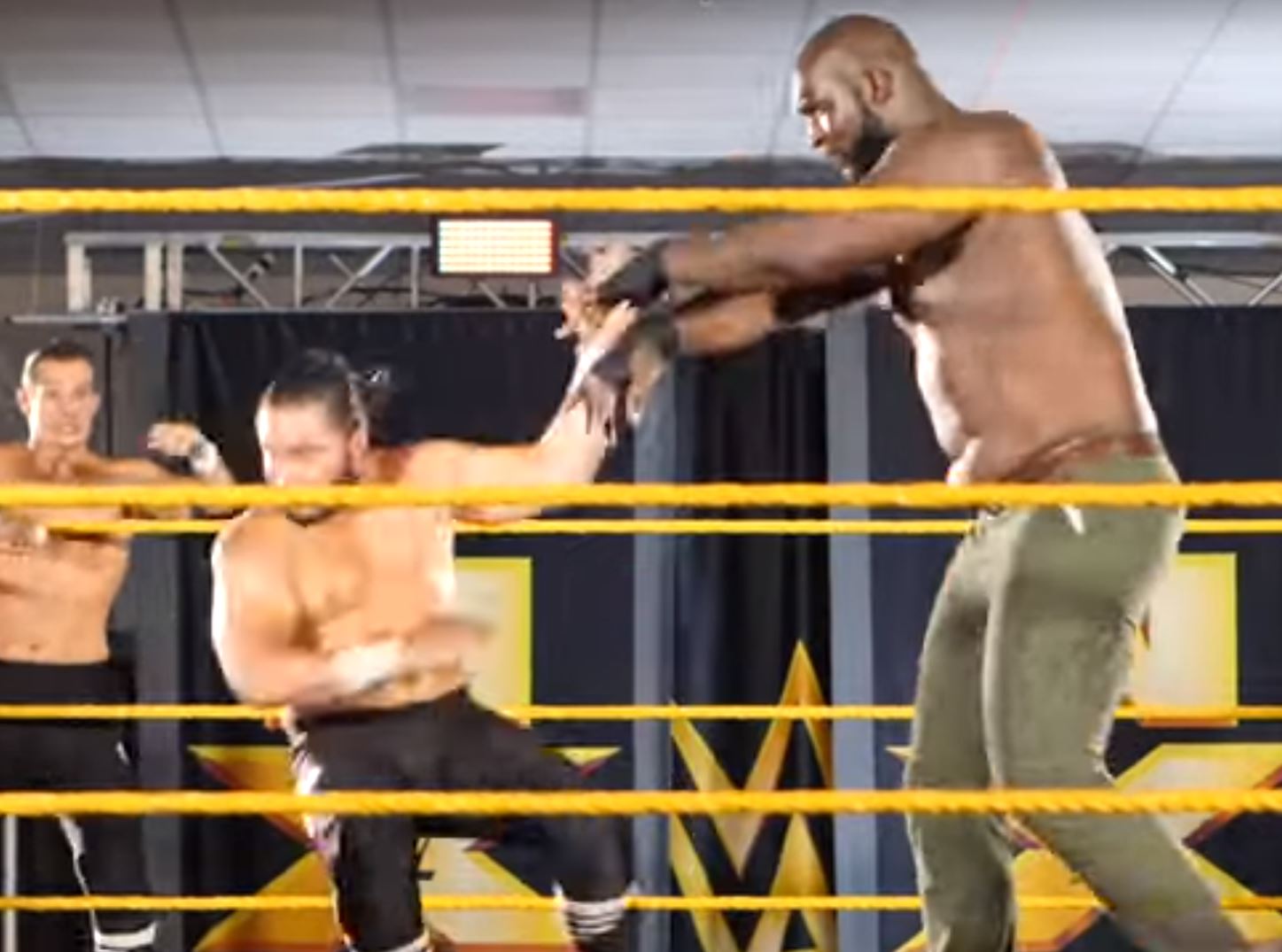 And the 7ft 3in colossus made quite the impression as he dominated TWO OPPONENTS on his winning bow.

Omos performs in RAW and made his name as a bodyguard of AJ Styles.

Omogbehin was born in Lagos, Nigeria but played high school basketball in the States after moving to Virginia.

After quitting the court, the towering behemoth was snapped up by NXT founder and wrestling legend Triple H.

He has been honing his skills at the WWE Performance Centre in Florida ever since and was finally handed an opportunity to impress in front of a crowd. 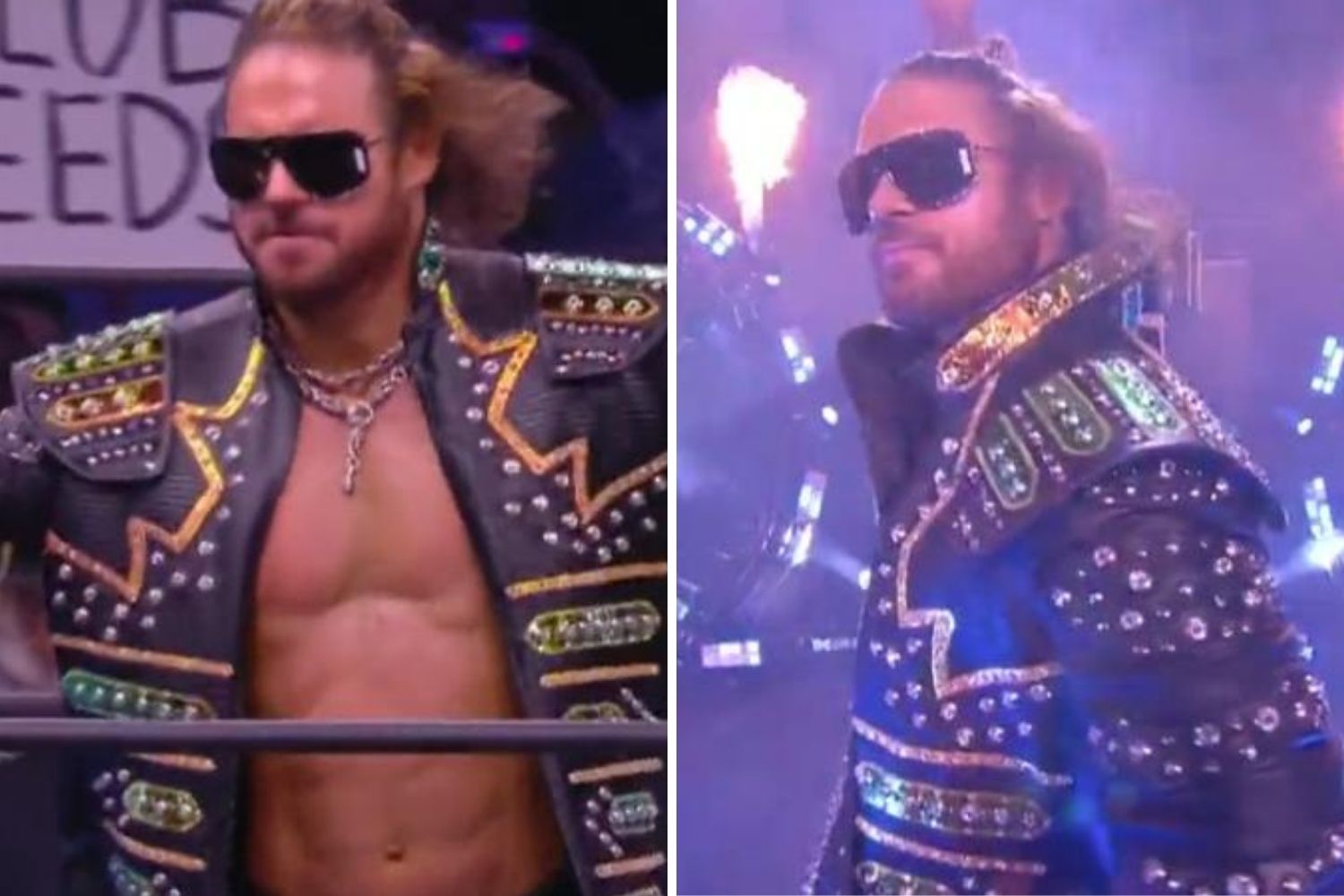 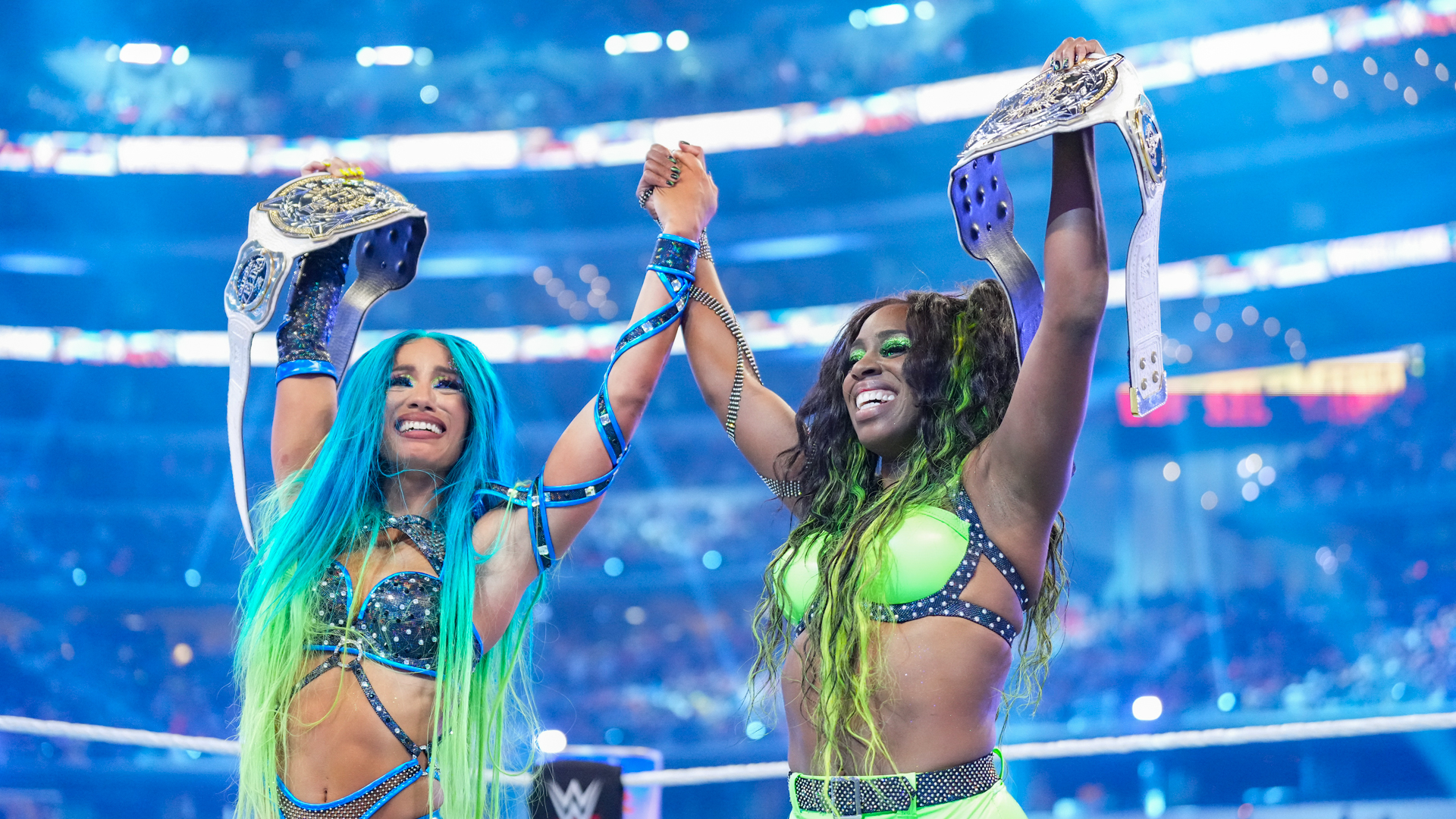 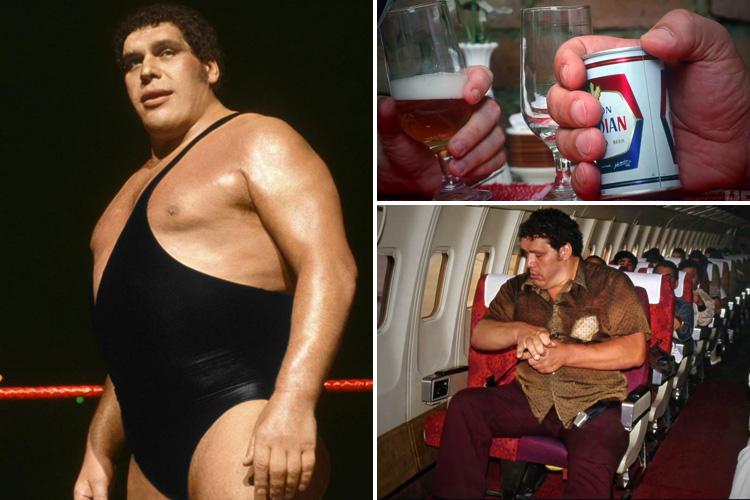 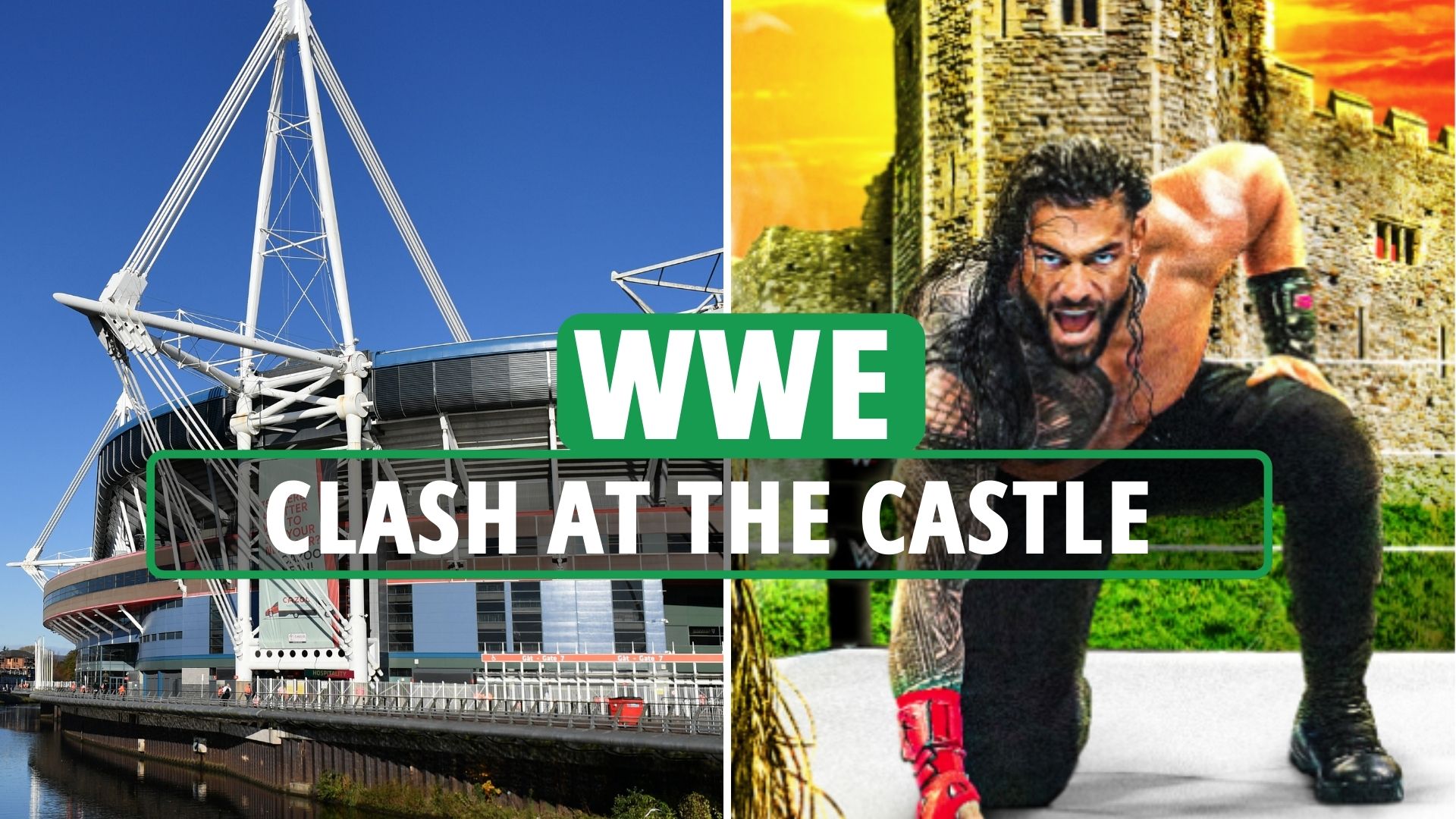 Despite his towering frame, Omogbehin is still only THIRD on the all-time list of tallest WWE superstars.

Giant Gonzalez, real name Jorge Gonzalez and who had spells in both WCW and WWE, tops the list.

That even dwarfed the legendary late, great Andre ‘The Giant’ – who was only a mere 7ft 4in in comparison.

And the Big Show, who is now with the AEW, is a baby compared to those big boys.

PLAYING WITH THE BIG BOYS – WWE’s tallest ever superstars 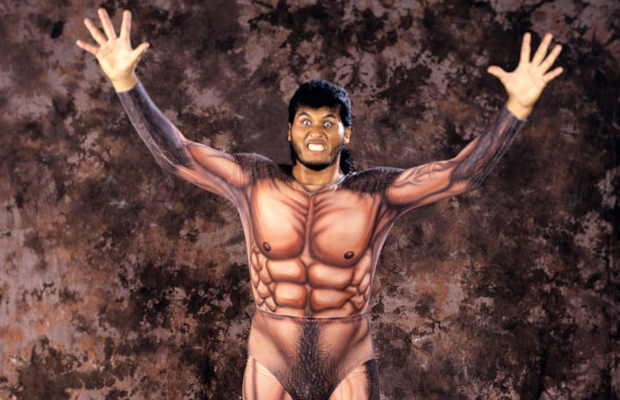 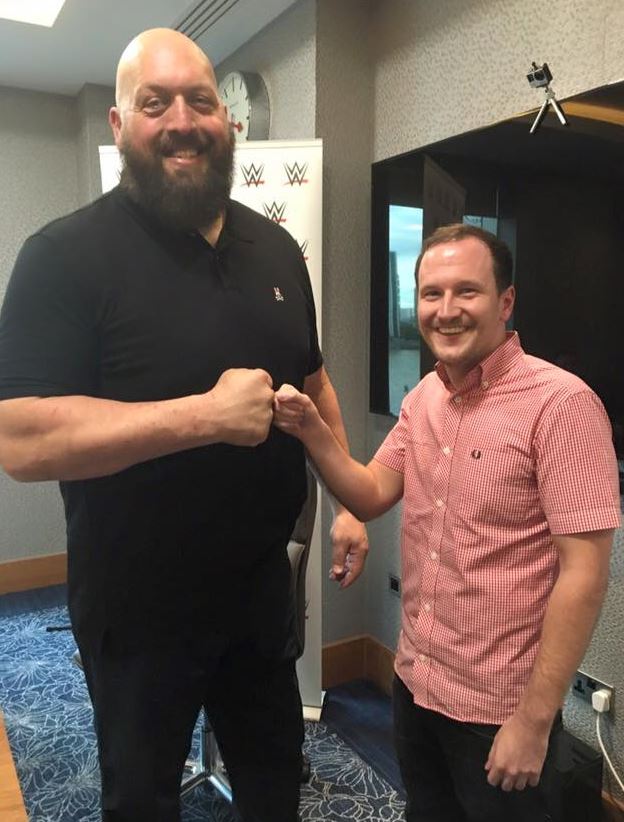 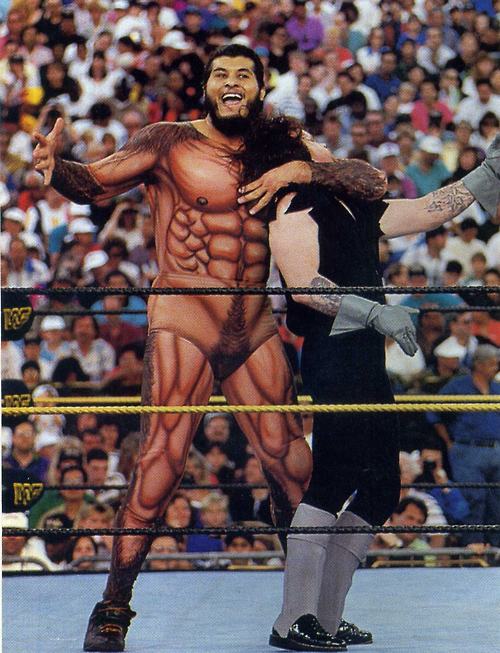 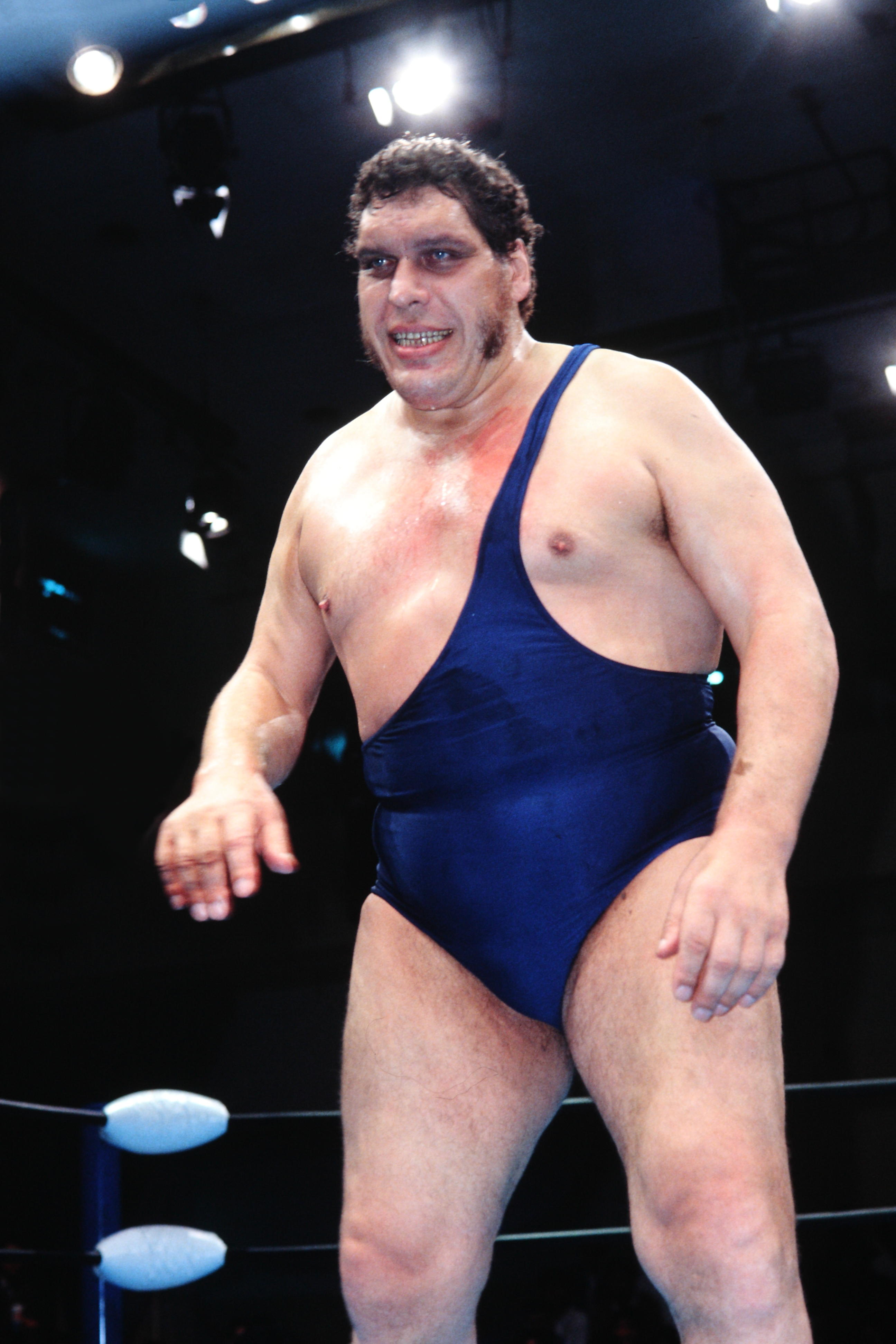