DARTS’ greatest arena will be a sea of pink shirts, blonde wigs and black spectacles on Sunday evening, in honour of “the Queen of the Palace”.

Fallon Sherrock’s name will ring out across North London’s Alexandra Palace as she heads to the oche for her opening match, believing she can become the first female world champ in a male-dominated sport. 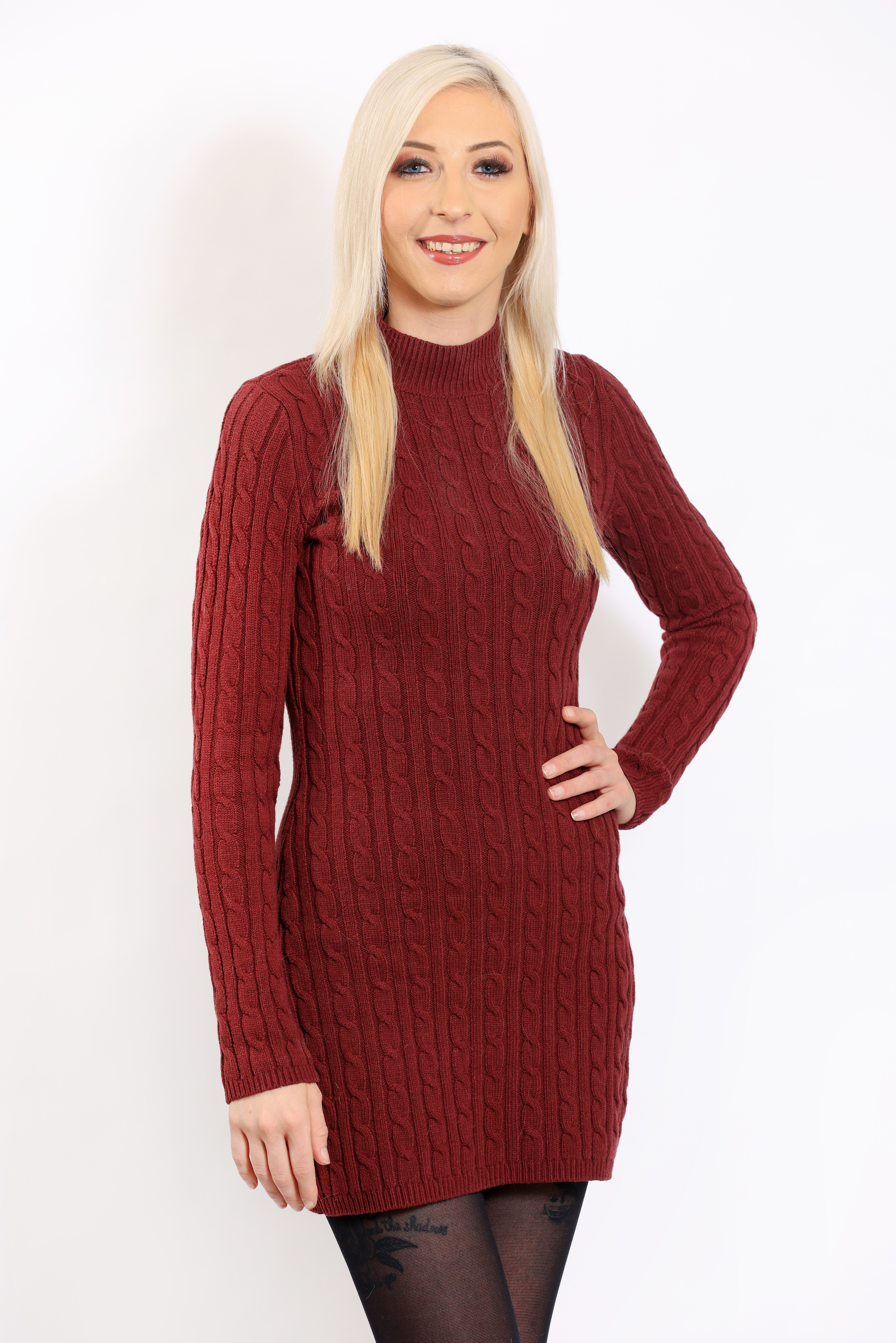 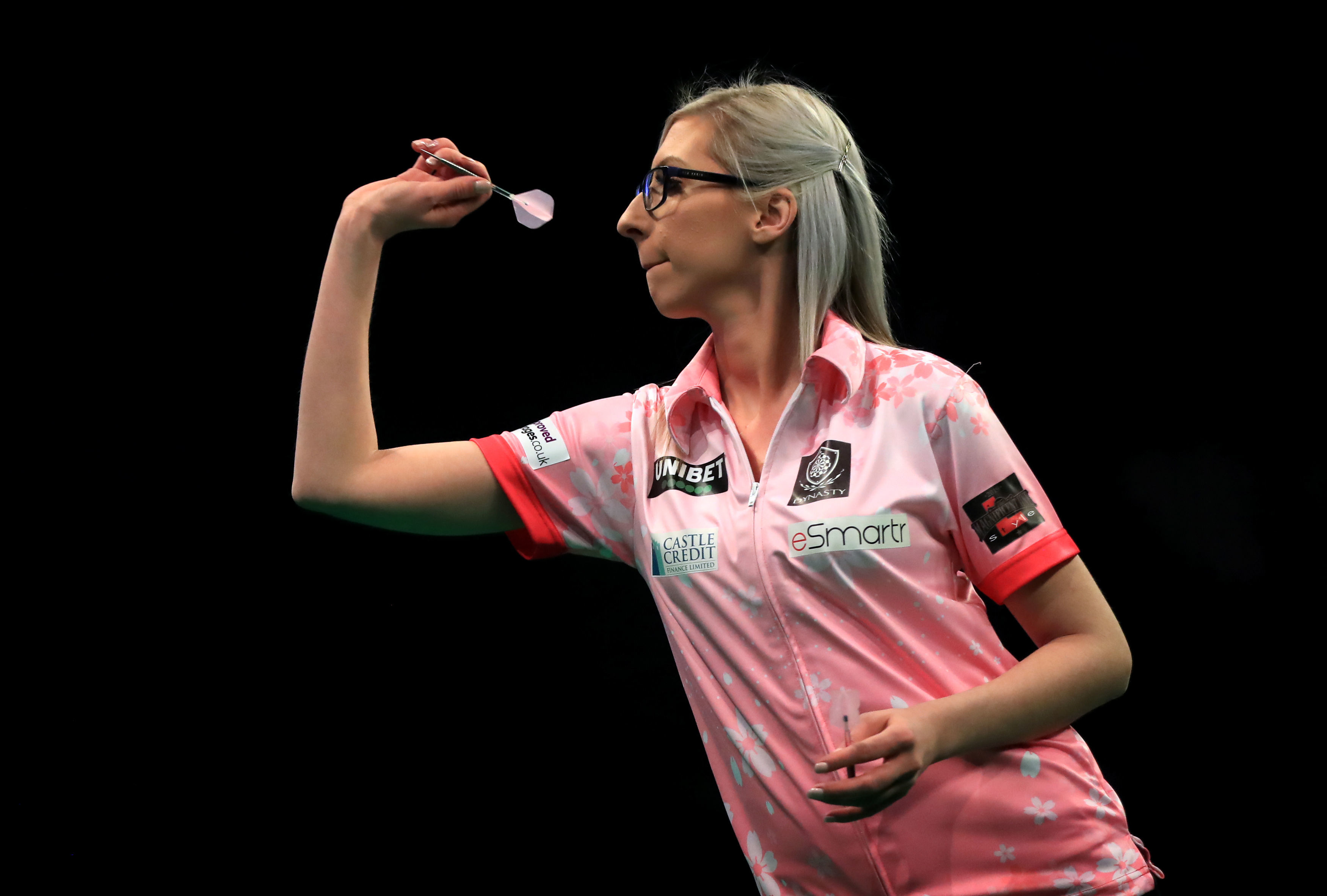 If her dream comes true, the 27-year-old former hairdresser will have overcome steeper odds than anyone in the game’s history. And that’s not just due to the sexism she has battled along the way to the top.

While her rivals can practise all they like, the single mum from Milton Keynes can hone her skills only when autistic son Rory, seven, is in bed or at school.

On top of that, a debilitating kidney condition leaves her unable to walk at the end of competitions. Fallon was sent a letter telling her to shield during the pandemic and she needs regular medicine to maintain her strength.

In 2019, she became the first female player to beat a man at the PDC World Darts Championship, but missed out last year.

Phil Taylor, the sport’s greatest ever player, says he would like to see her win, while tennis great Billie Jean King and actress Sarah Jessica Parker have hailed her achievements.

Fallon believes she can win. She tells The Sun: “There is no point going into a game not confident. I feel I can take on anyone. I’ve proved to myself I can do it. In the past year I’ve become so much more confident.”

Last month, she became the first woman to reach the quarter-finals of the Grand Slam of Darts, having run three-time world champ Michael van Gerwen close in the final of September’s Nordic Darts Masters.

Her success is drawing a new audience to the sport, as with jockey Rachael Blackmore’s historic Grand National win in April. Fallon got into the sport due to the interest of parents Sue and Steve and her twin sister Felicia.

She turned pro aged 17, and says: “I never thought I’d have the opportunity to play against the men. When I started, it was always women against women and men against men.

“At first, because I’m different to everybody else, people at competitions would ask, ‘Are you lost?’ when I walked into the venue. They’d ask, ‘Are you playing darts?’ and I’d say, ‘Yeah.’” She still gets challenged by blokes who mistakenly think they can beat her.

That is nothing compared to what Fallon experienced when she first took on male pros.

They say women can’t compete, but me and [fellow pro] Lisa Ashton are doing it. What more do you need?

She says: “At the start, I got a lot of sexist comments. But it wasn’t the players — it was more the social media people. They say women can’t compete, but me and [fellow pro] Lisa Ashton are doing it. What more do you need? I brush it off.”

She has even been threatened online. Fallon says: “People would lose a bet and then send me loads of horrible messages, death threats.

“People get so aggressive when they lose a bet. Social media should have flags up. If you walked up to someone in public and did that, you’d get arrested. So why is it OK to do that over social media?”

She also has to worry about certain fans. Fallon says: “You get constant messages on Instagram, the same people commenting all the time. They’re like, ‘I love you’. It’s a bit scary.”

Fallon is devoted to son Rory, who requires constant attention. She reveals: “I have to practise when Rory is in school or in bed. During lockdown, he tried to climb over a hedge because the neighbour had a trampoline. I had to drag him down. Another time I was trying to start a game and the ice-cream man came.

“Rory shot out of the door with my money and I’m like, ‘Hang on a minute, I need to stop the game!’” With Rory’s dad not around, Fallon relies on her mum, who works in a garage, and her dad, a maintenance manager, for childcare.

Fallon has won £46,000 in prize money this year, but limits the tournaments she plays in because, she says, “I can’t fob Rory off on them all the time”.

Since then she takes a cocktail of medicines, has regular blood tests and must drink copious amounts of water. Long days of competition put her body through the wringer.

Fallon says: “When I’ve been playing all day, I’m on adrenaline and I hit a wall physically. I go back to the hotel drained, aching, exhausted. I couldn’t walk.”

A depleted immune system makes her vulnerable to Covid and she admits to “obsessive” washing while shielding early in the pandemic whenever essentials were delivered.

At Alexandra Palace there will be a 3,000-strong crowd, but Fallon says: “I feel more confident now I have the vaccine. I feel safer — but I won’t be high-fiving people on the way down.”

As well as pink T-shirts, her range of merchandise includes pink face masks and scarfs.

I’m getting a lot of positive attention for darts. More people want to watch because it’s different.

Though not yet among the sport’s top earners, Fallon believes her presence at top events is good for its male stars.

She says: “I’m getting a lot of positive attention for darts. More people want to watch because it’s different. 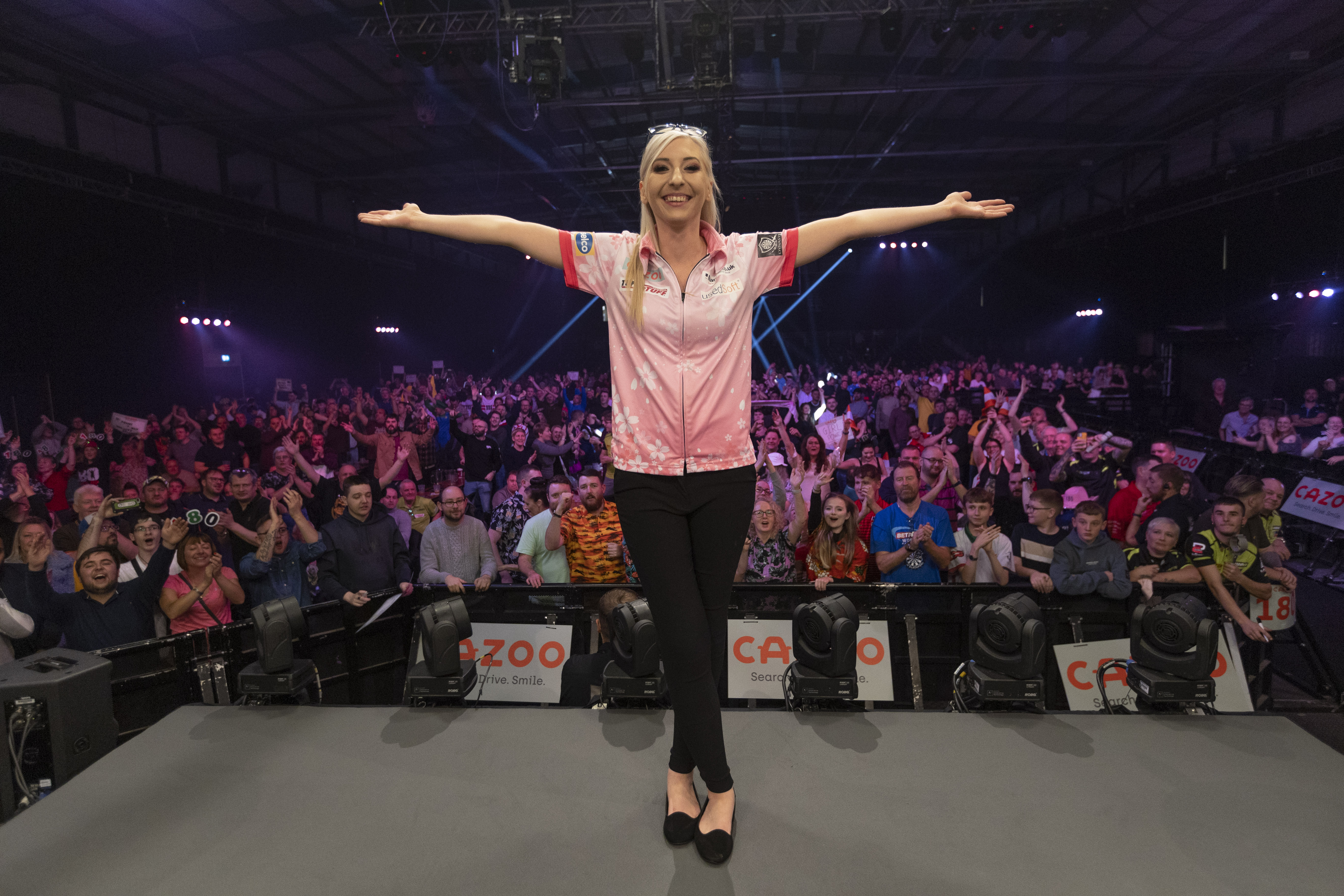 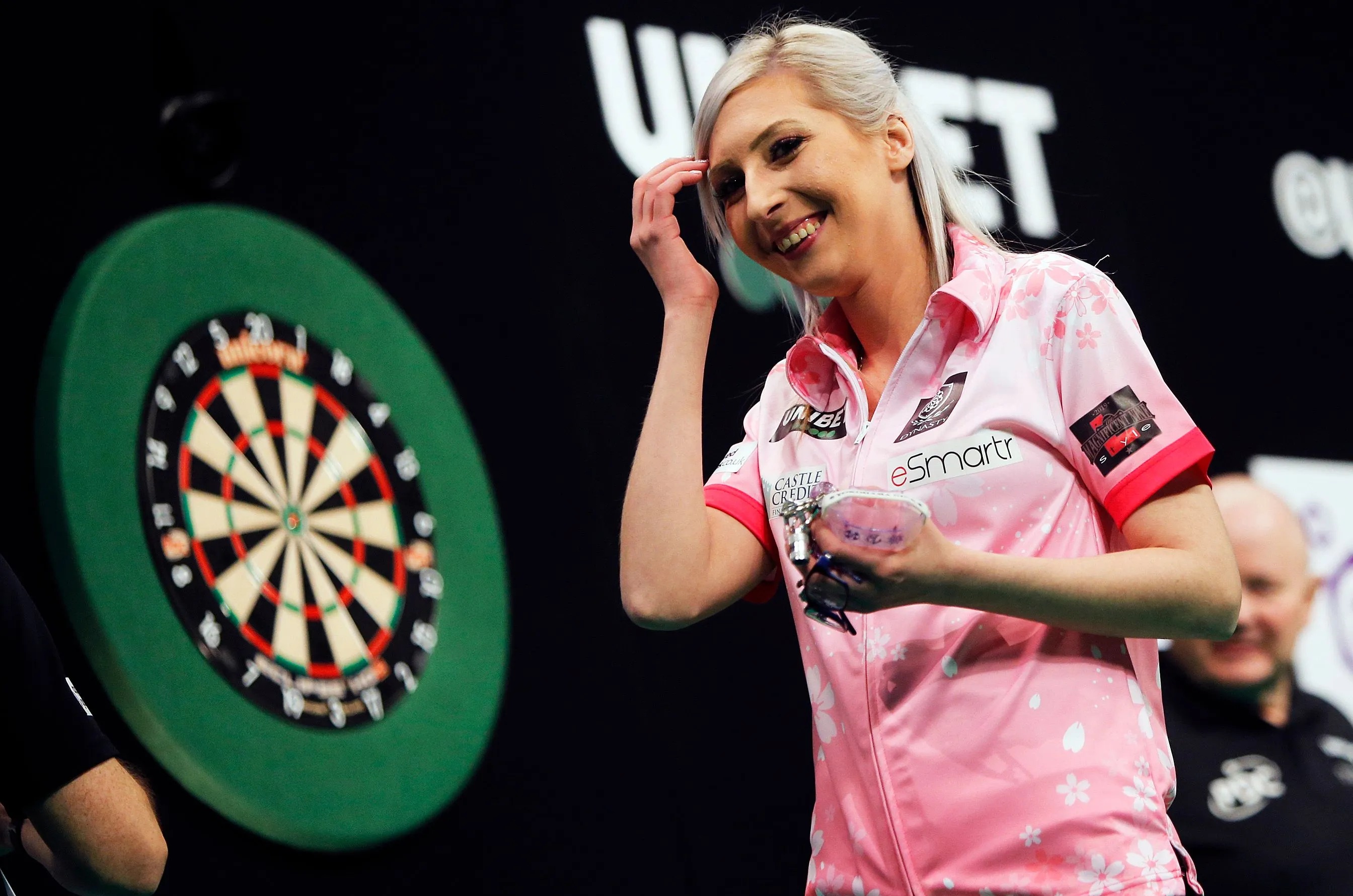 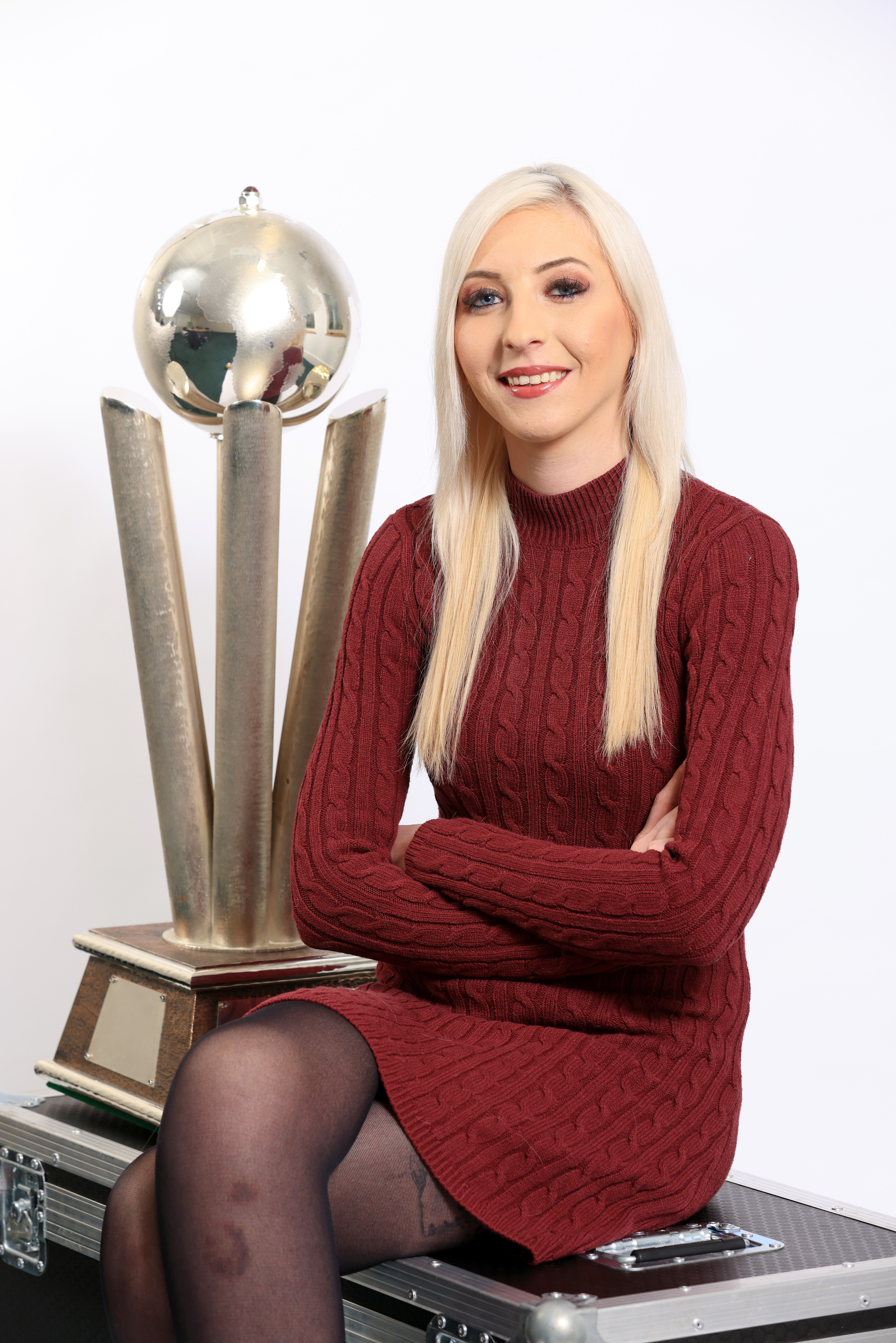