Michael Vaughan has stepped down from his BBC punditry role almost two weeks after being charged by the ECB over the Yorkshire racism scandal.

In a statement, Vaughan said: ‘On numerous occasions, I have put on record my views on the issues concerning YCCC.

‘It is always regrettable when commentary on matters off the field take the focus away from what’s happening on the field.

‘In view of the ongoing dialogue on the subject, I have taken the decision to step back from my work with the BBC for the time being.

‘The key driver for this is my concern for the wellbeing of my family members and my wish to protect their family life. Stepping back temporarily is also in the interests of the game and I hope that it will minimise any difficulties for my work colleagues.’

The BBC have revealed that he remains contracted to the organisation, however. 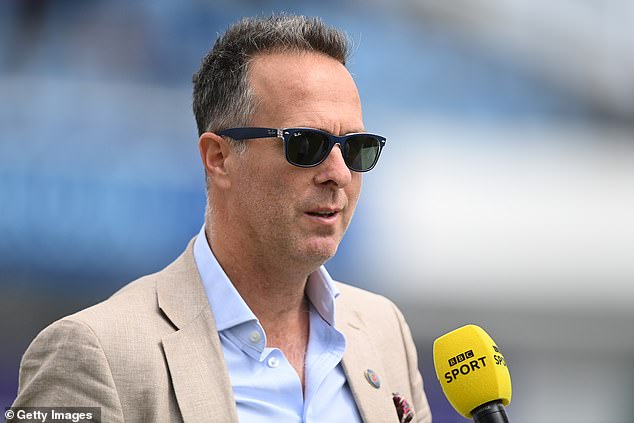 ‘Following conversations with Michael Vaughan we’ve accepted his decision to step away from our cricket coverage,’ the BBC said in a statement. ‘This is a decision we respect and understand. Michael remains under contract to the BBC.’

Sportsmail has previously revealed that Vaughan’s role was under review after the broadcaster’s diversity groups furiously branded the decision to stand by the 47-year-old as ‘totally inexcusable’ and ’embarrassing’.

Vaughan was dropped after the allegations emerged, although the BBC allowed him to contribute to Test Match Special during England’s last Test against New Zealand.

In a letter, BBC Sport’s BAME Group and the 5 Live Diversity Group said in a powerful letter that while Vaughan is innocent until proven guilty, it must be acknowledged ‘how damaging, embarrassing and unsettling’ the situation is to their colleagues. 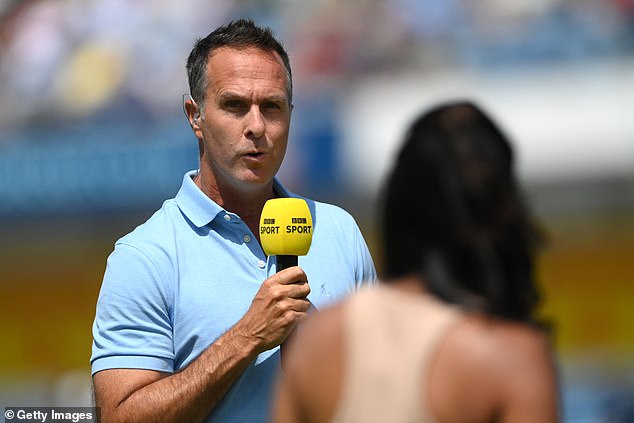 The former cricketer was not part of the BBC’s coverage of the Ashes after Azeem Rafiq claimed that Vaughan told a group of non-white players in 2009 that there were ‘too many of you lot, we need to do something about it’.

An hour before the Test began on Thursday, head of BBC Sport, Barbara Slater, told staff via an email that she would stand by him. It was also understood that the charge would not be discussed during the coverage.

The disciplinary hearings will take place in September. 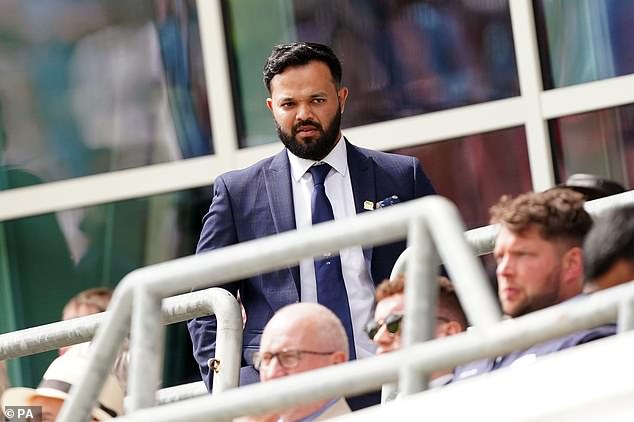 Vaughan is one of seven former Yorkshire crickets charged by the EBC after an inquiry into allegations of historic racism at Headingley.

An independent inquiry conducted last year upheld seven of the 43 complaints made by Rafiq, although the club opted to take no action.